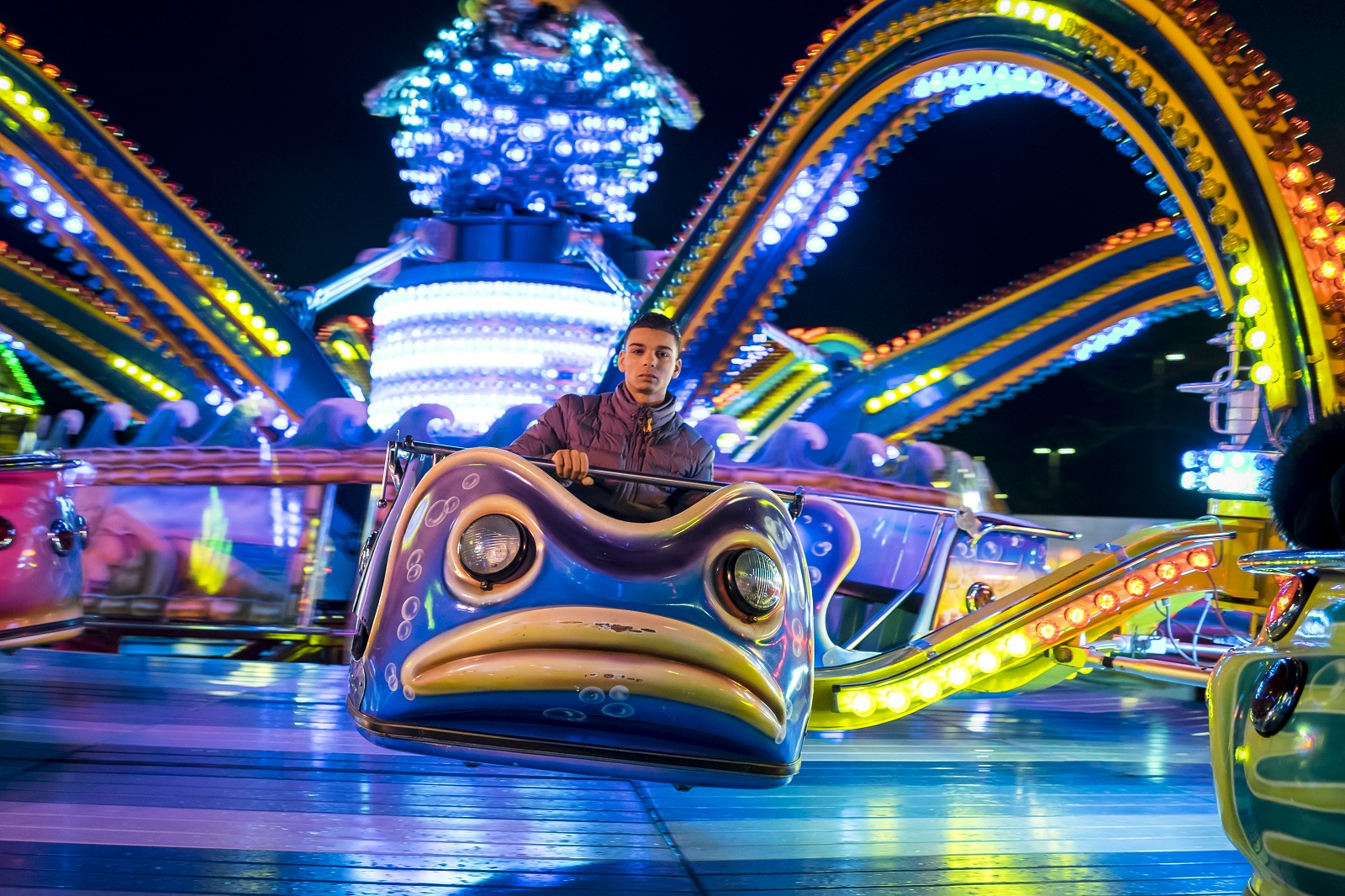 Curiosity. I started out with digital technology that gave me immediate feedback so I could adjust my settings to get the result I wished for. Then, I shot events, portraits, reportage and I was also taking a lot of pictures in the streets. It all came simultaneously. Lately I’ve been focussing on street photography – that is the field I feel the most for and want to keep professionalizing. 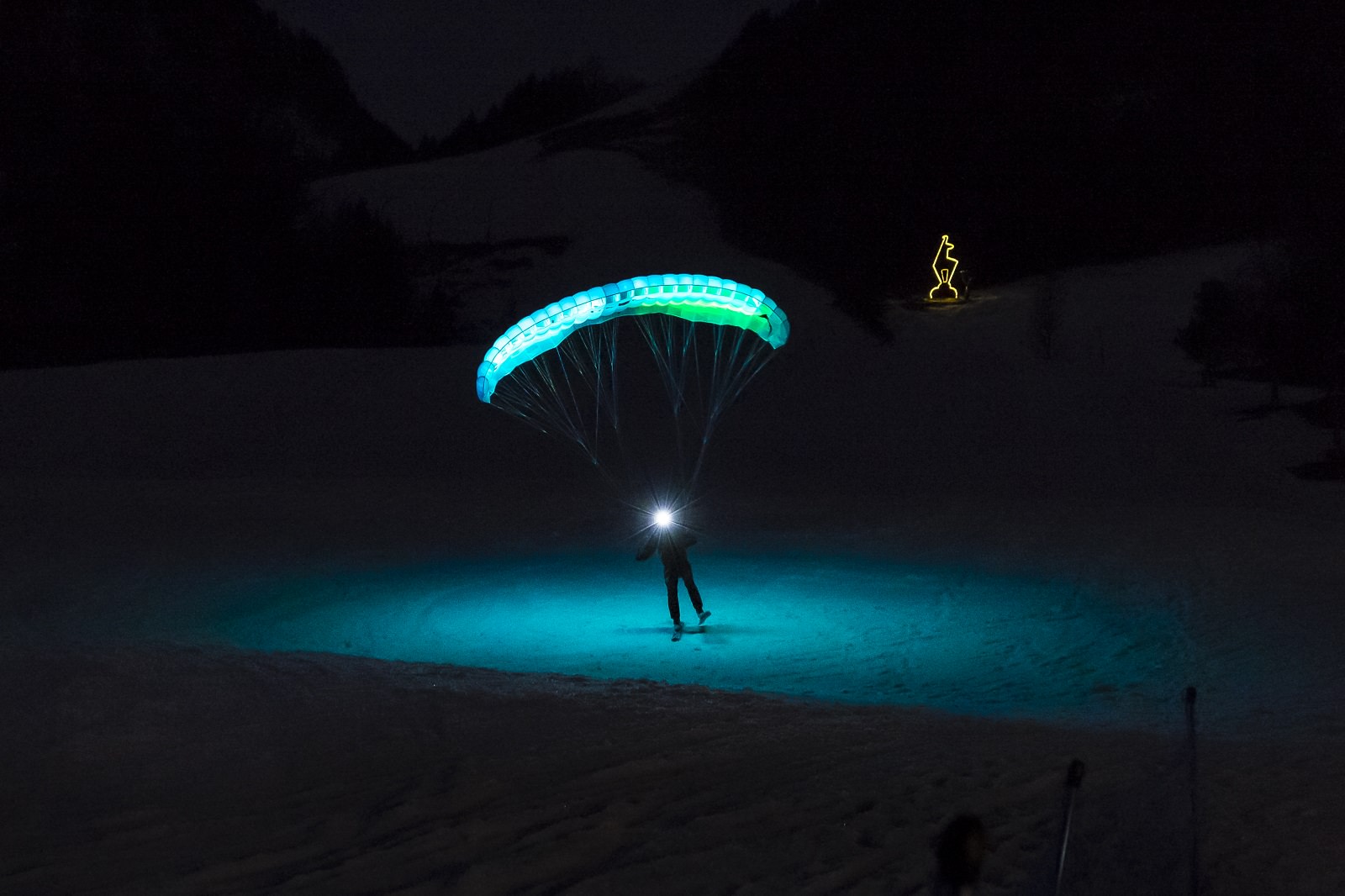 I’d like to talk about a few of your series on your website. First of all, I love your “Leisure” series – it’s playful, weird, sad and funny all at the same time to me. Can you tell us a little bit about that series?

Thanks. Strangely enough, I make my best shots when I’m not focussed on making good photos. Mostly it happens on trips and vacations, or at unexpected moments.

I also realised that my subjects were taking some time of as well like ice skating or slack lining, so the series is about leisure from both perspectives. 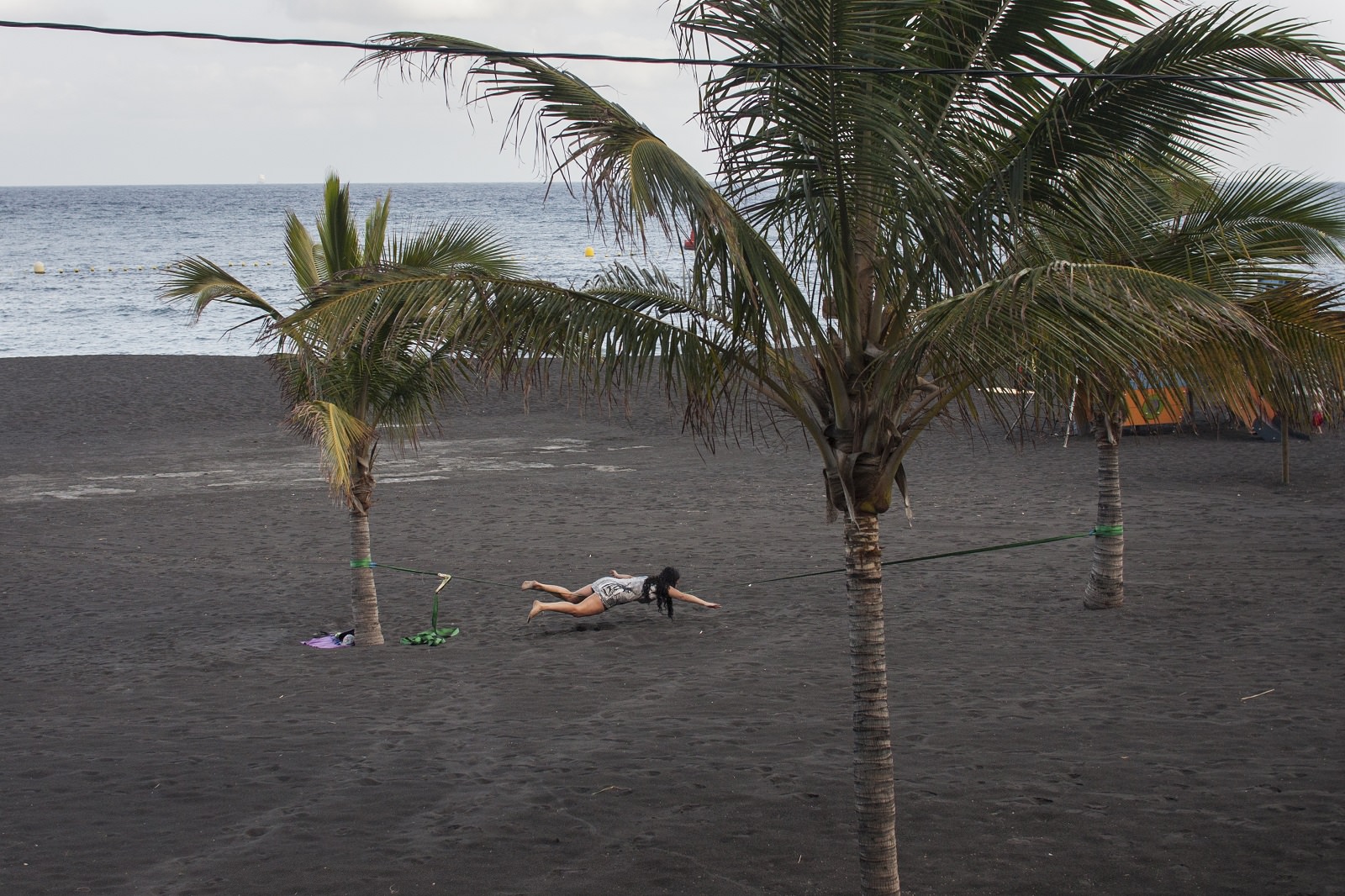 It is the kind of imagery I’d love to continue with the most. Photography is often seen as a trustful medium and I like to play with this idea by creating some confusion about what is actually happening in the image. 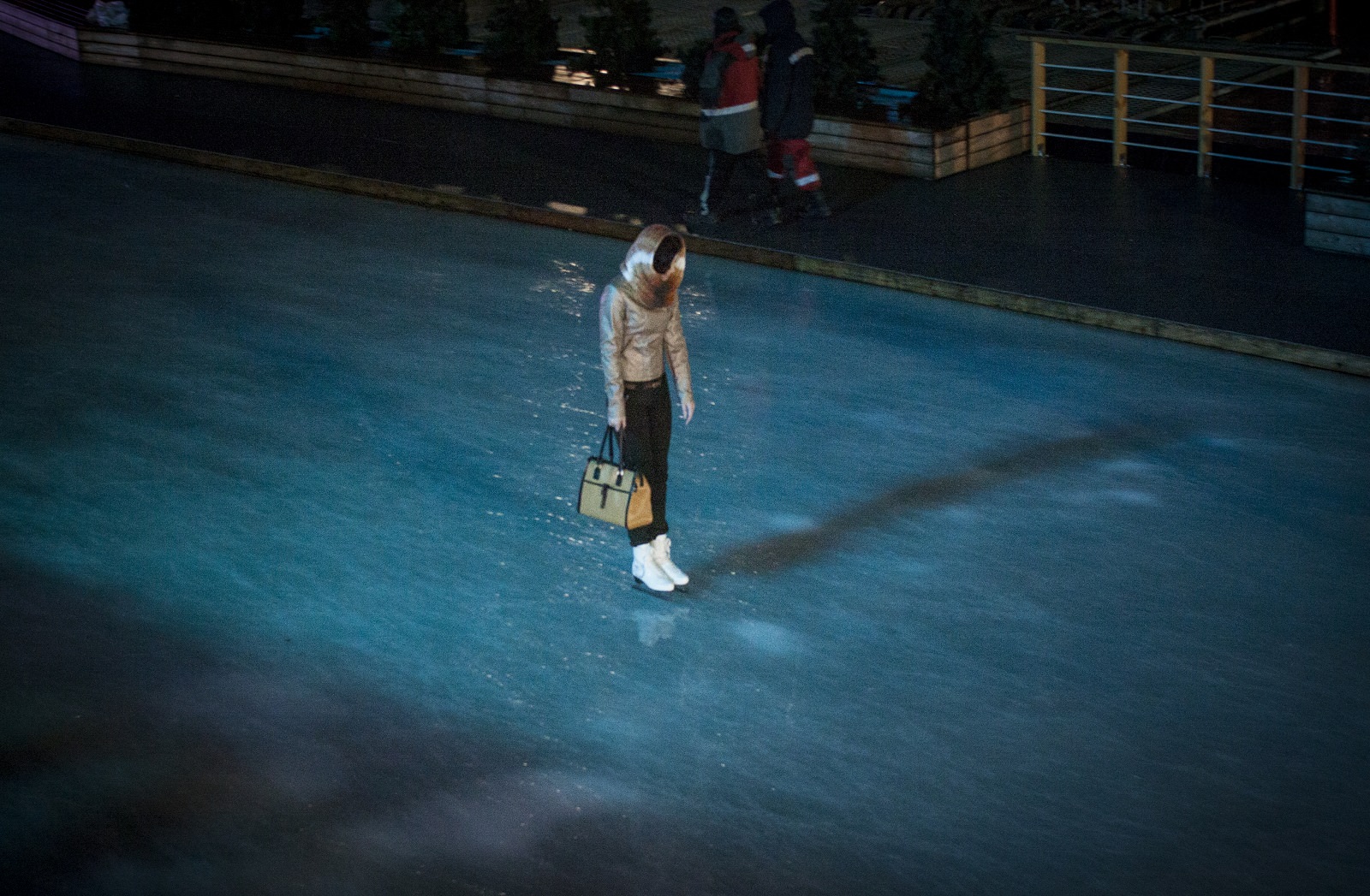 What about the herons? That is such an interesting topic for street photography. I’ve seen projects dealing with nature in urban environments, but this is the first time I’ve seen a project dedicated to a specific species. What motivated you to take on this project?

Thanks again! This just happened when I was waiting for somebody at an Amsterdam market and I saw this scenery of herons fighting for the leftovers. I made a reportage about it for a newspaper, and few years later I picked up on the subject again. 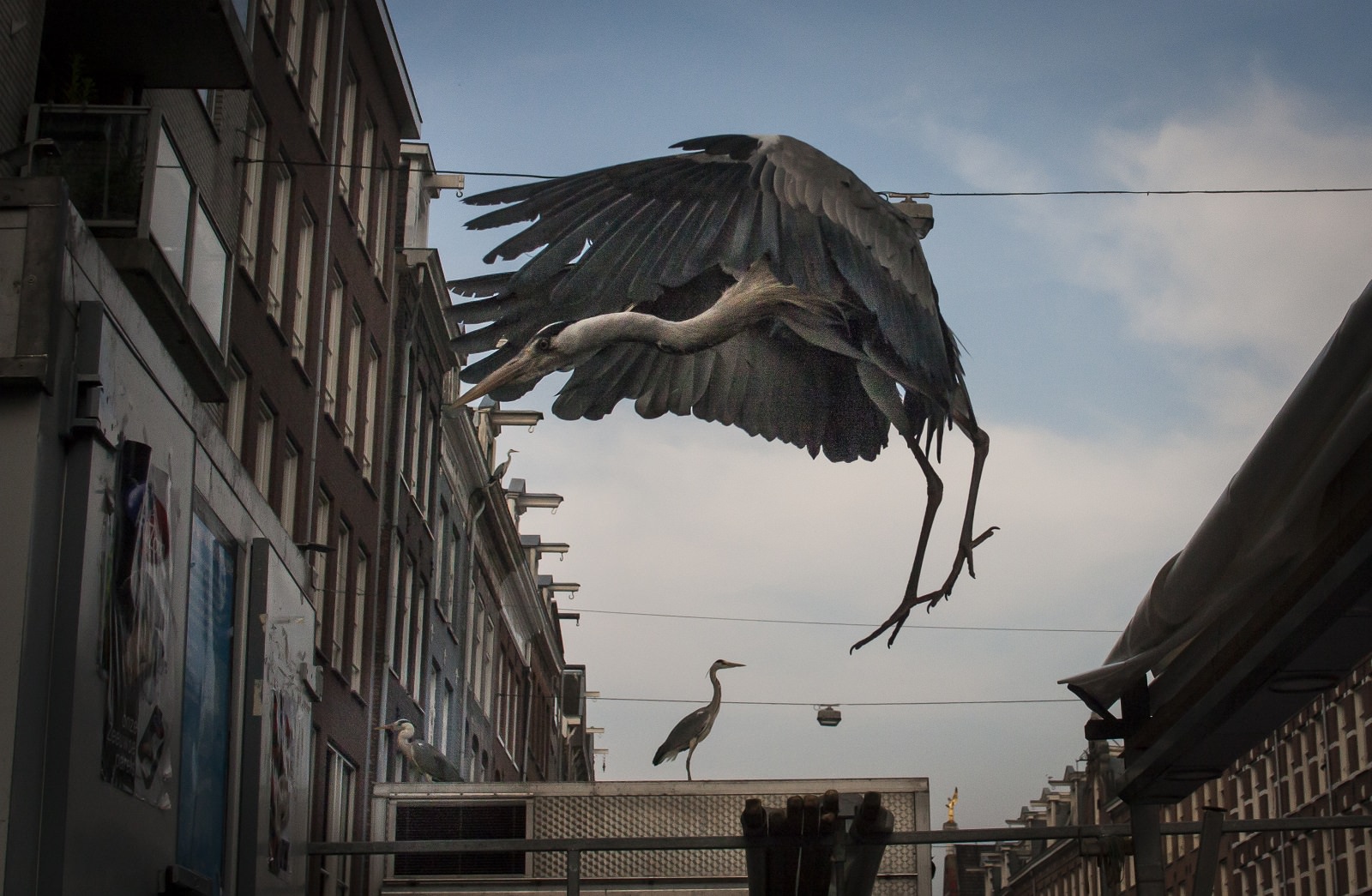 Now I am visiting some other places in Amsterdam that are frequented by herons like parks, the zoo and certain streets. Herons are smart, they know exactly where to be to get the best snack and there are quite some people who feed them regularly. I think the behaviour of the birds in Amsterdam tells a lot about the city and its people as well. 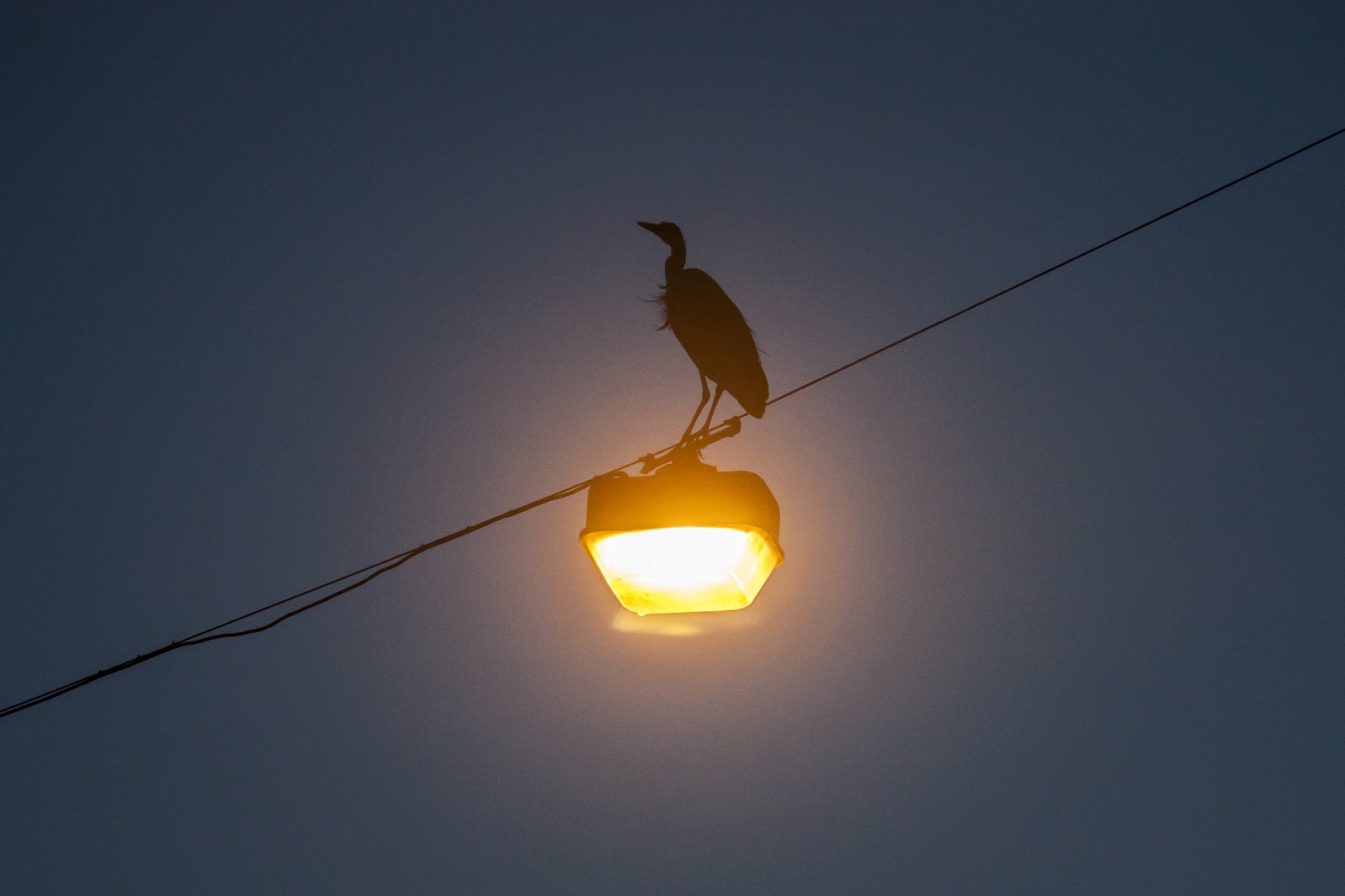 Ok, so the “Fun Fair” series is also stunning. What I love about it is the juxtaposition of the vibrant colors and the people who all look a little lonely or sad. What is this series about to you?

At first it was about this contrast of excitement and routine, but lately I’ve been approaching the fun fair workers. There is a strong community of hard working people who have been working at the fun fair for multiple generations. 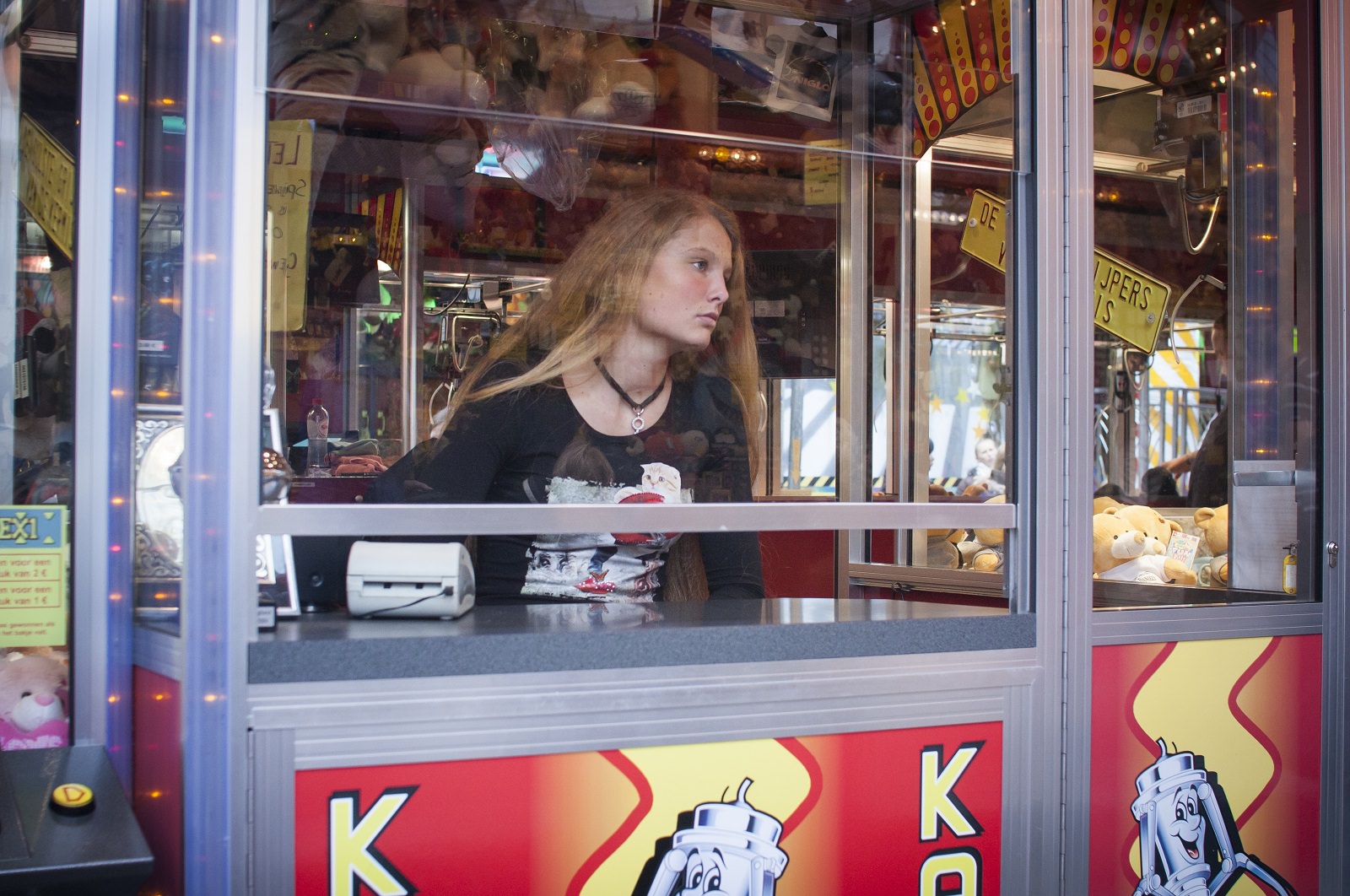 At the moment I am collecting a lot of material and I still have to decide which direction I would like to take it. It’s a big tradition in the Netherlands so it would be very nice to make a bigger project out of it. 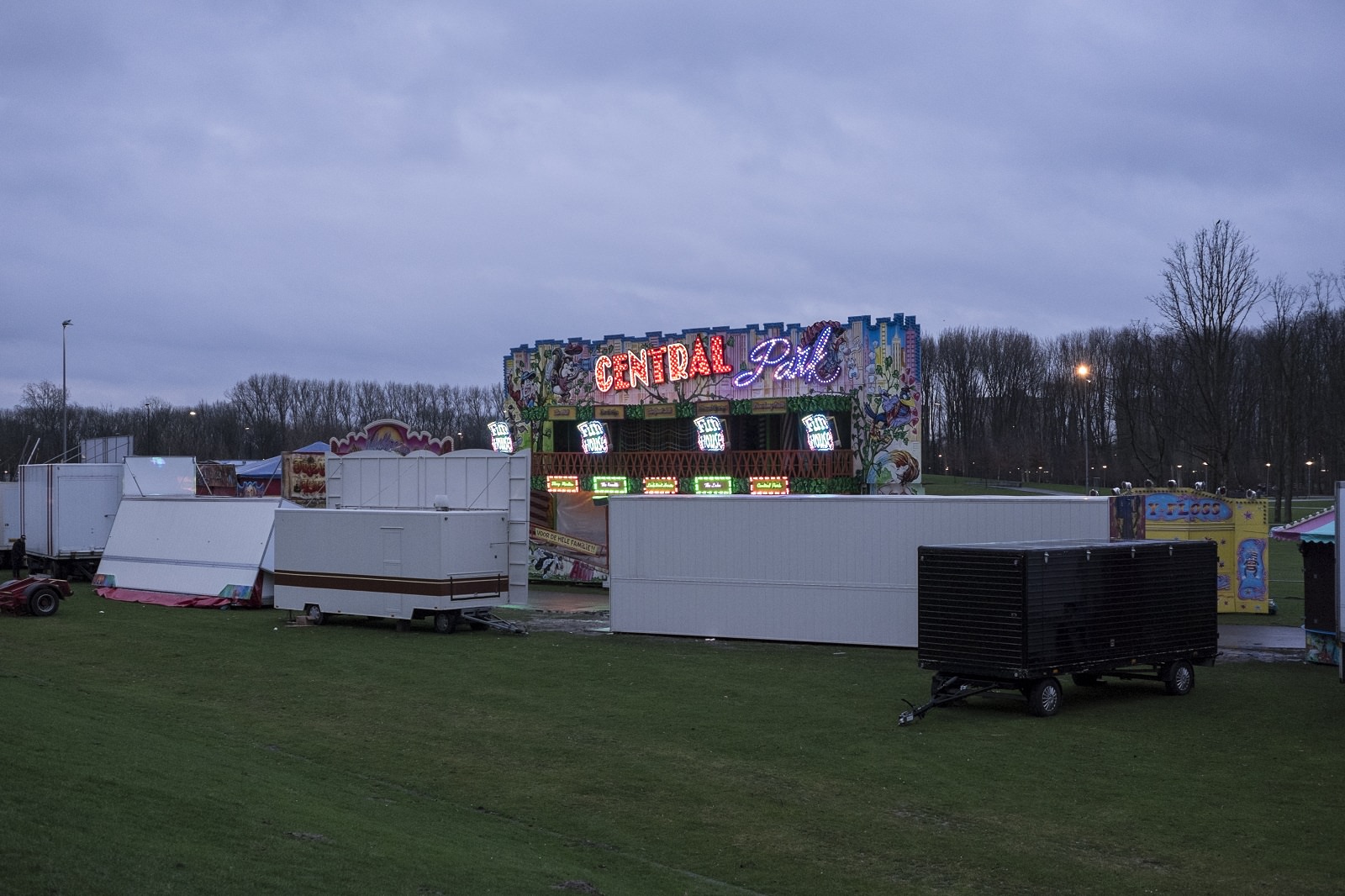 How do you choose and edit your images when you put together a series? Sometimes that is the toughest part of creating a project.

This I find very difficult indeed. It’s easy to ruin a series by choosing the wrong pictures. I try to buy wine and food for my photography friends in exchange for some advice.

An outsider’s eye is very worthy. And otherwise I try to look as an outsider as well, to see which pictures do tell the story. In a strange way it feels good to eliminate photos I like but that don’t contribute to the idea or series. 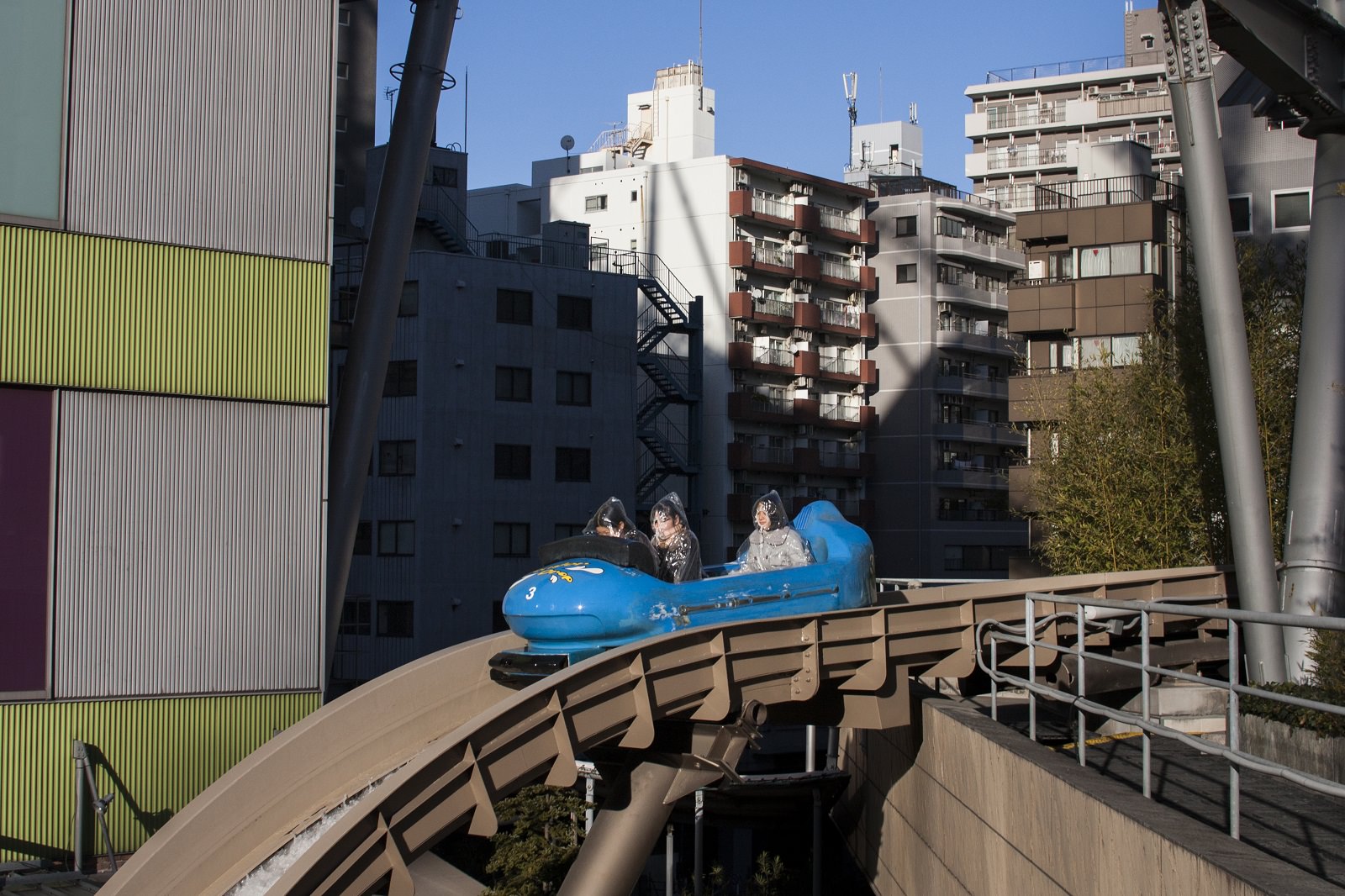 Color! Haha. Life on the streets is happening in colour and I’m happy to capture it like that. In the past I’ve done some black and white series but soon I found it restricting. 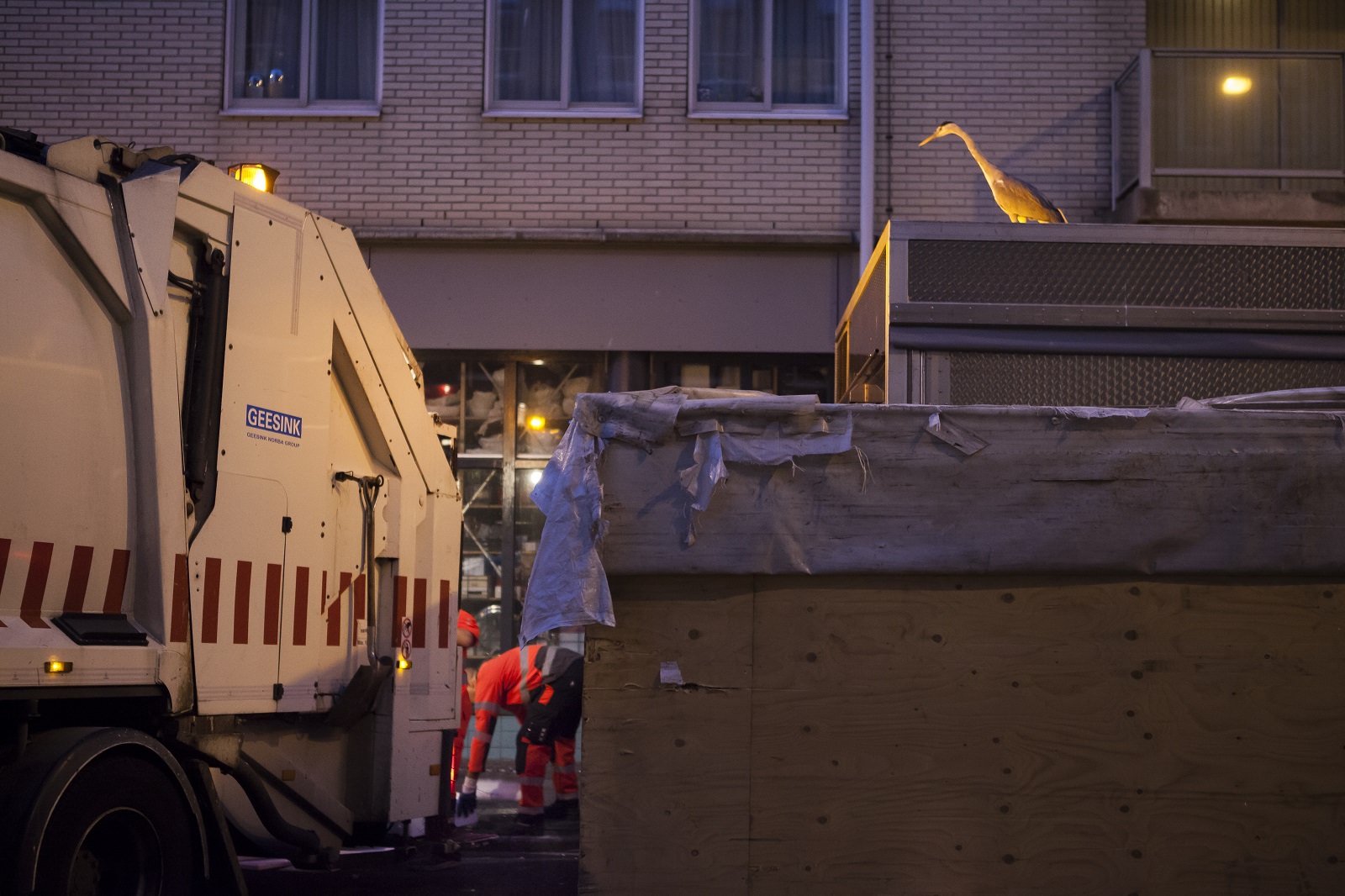 What do you think women can contribute to street photography? (Considering that it’s a genre that is dominated by men. (For now.)

For me gender in photography is not so important. A good photo is a good photo. There are more men in the field so they are more visible, but sure there are great female street photographers and I think that number is growing. I can imagine that women street photographers might gain more access to certain situations and that is of course an advantage.

Why do you think street photography is important? What can be accomplished with it?

It captures life in a certain time, it’s important to have unposed images of society in different timeframes.

That nothing is what it seems 🙂 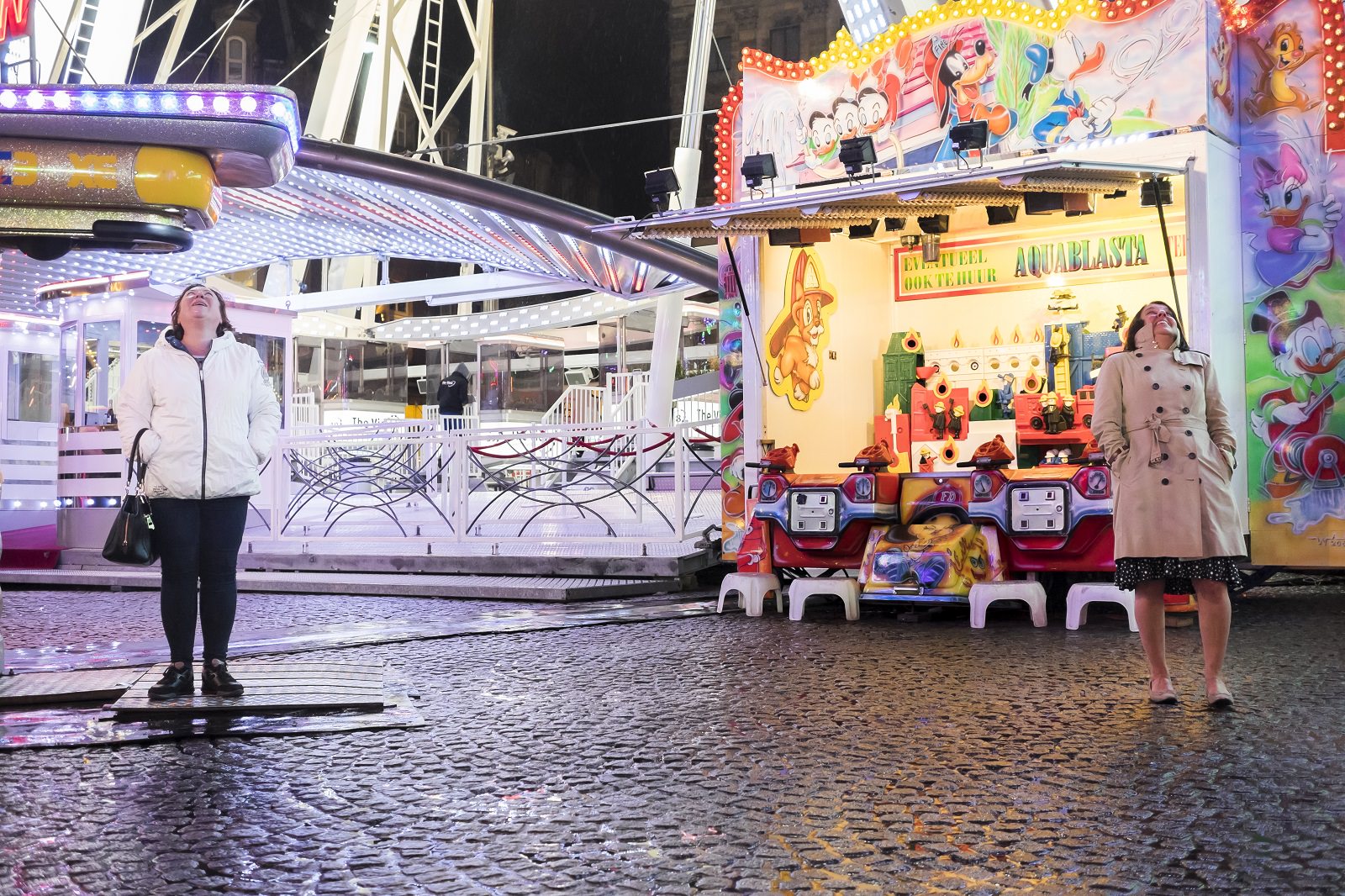