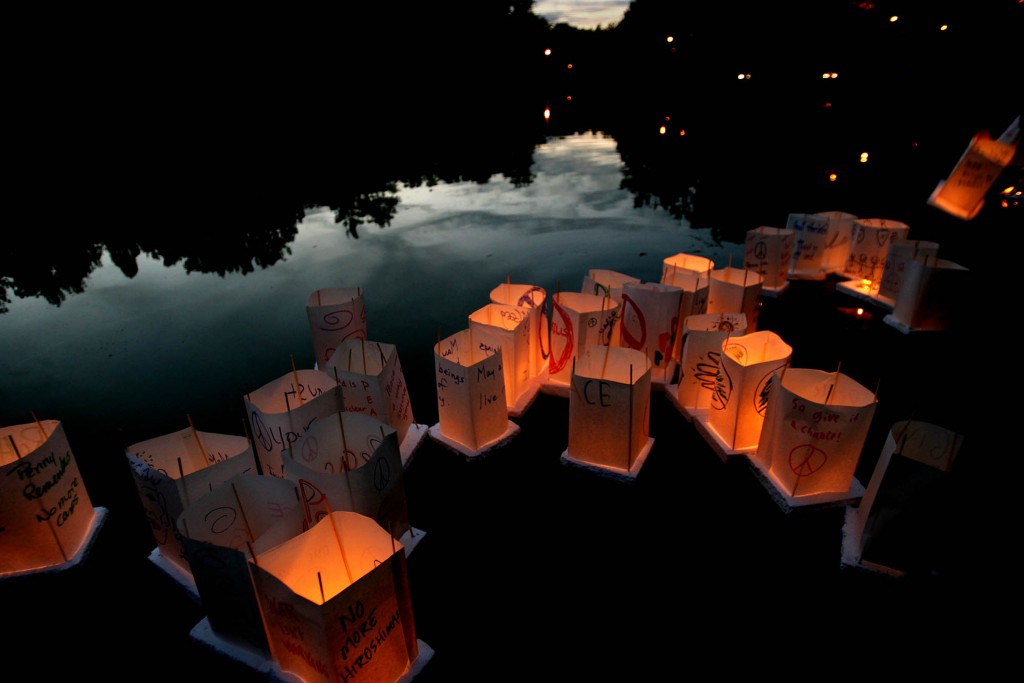 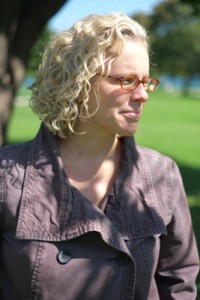 It was a real pleasure meet award winning photojournalist Lisa DeJong recently. She has been a local news photographer for the past 20 years has been on the staff at the Cleveland Plain Dealer for the last seven. Before that she worked for the Flint Journal in Flint, Michigan and the storied St. Petersburg Times.

We’re very fortunate in the Cleveland market to have a staff of excellent photographers at our local newspaper. For years I’ve been following their work and in the process have learned so much about working with available light, composition and capturing the moment.

As part of my daily ritual of catching up on the news I’ve admired Lisa’s work by seeing her publish one brilliant photograph after another. Yet she takes it in stride describing it as another day at work. Like most true professionals, she makes it look easy. It’s not. 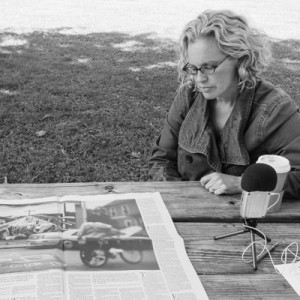 A local newspaper photographer has a very difficult job. They’re responsible for covering many stories every day. Not only do they have to deal with traffic, bad weather, uncooperative subjects and bad light, but they are under constant pressure to “get the shot” every time. They don’t have the luxury of coming back another day when the light is better…they have deadlines…every day. It doesn’t stop. But they’re artists too, and creativity on a time schedule, under pressure isn’t easy.

Lisa is a perfect example of this. She tells us in order to be successful in her field you have to do the work every day with you feel like it or not. It’s important to be detached to become invisible and not be part of the story. To capture the story and not be part of it. 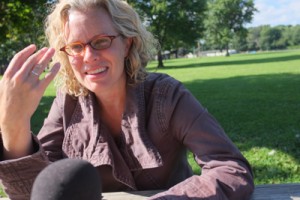 This is the first time that I had an opportunity to sit down with my interview subject face-to-face and have a real conversation. It was a true pleasure to meet one of my influences in person. I hope you enjoy it too.

To to hear my conversation with Lisa, click the audio player below.

A Selection of Lisa’s Photos

Beyond Rape: A survivor’s journey 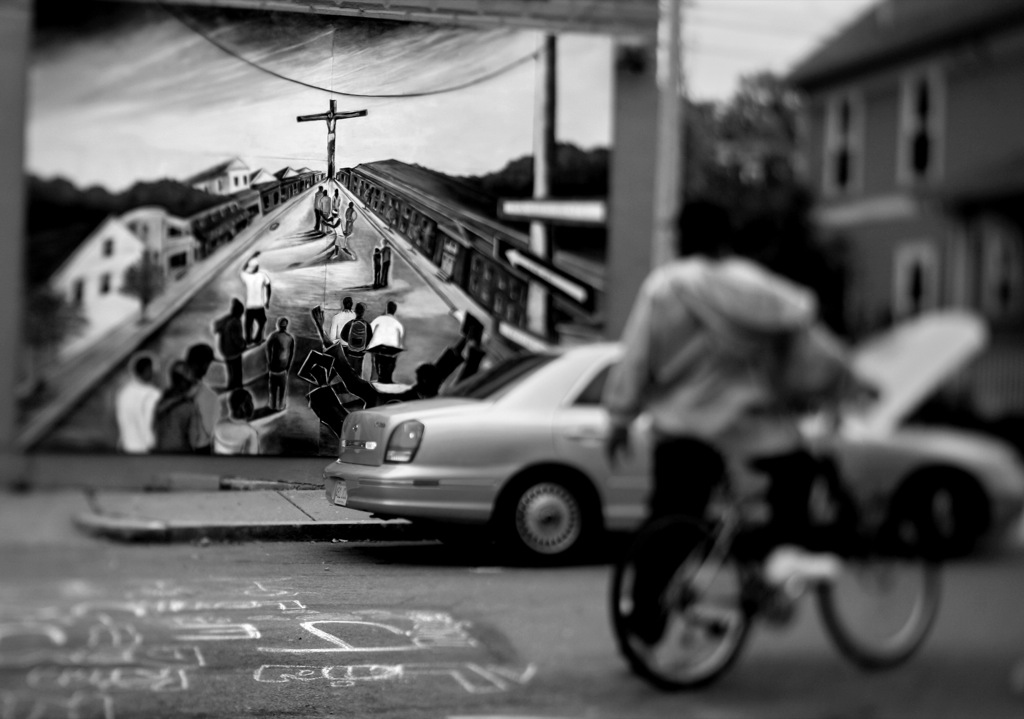 David Francis grew up in a violent home in crime-ridden Dorchester, a neighborhood of Boston, around the corner from this street scene. COURTESY THE PLAIN DEALER 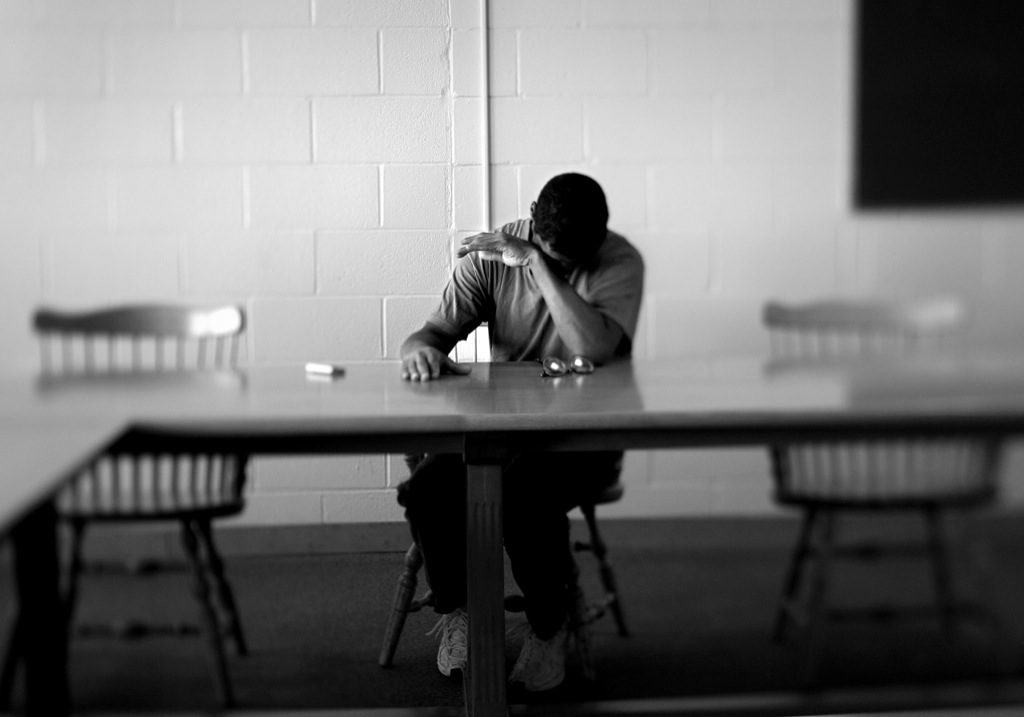 Phillip Francis weeps as he says that he doesn’t want to die in prison inside the sex offender jail in Massachusetts. He is the brother of David Francis. Date shot: Oct. 22, 2007. COURTESY THE PLAIN DEALER 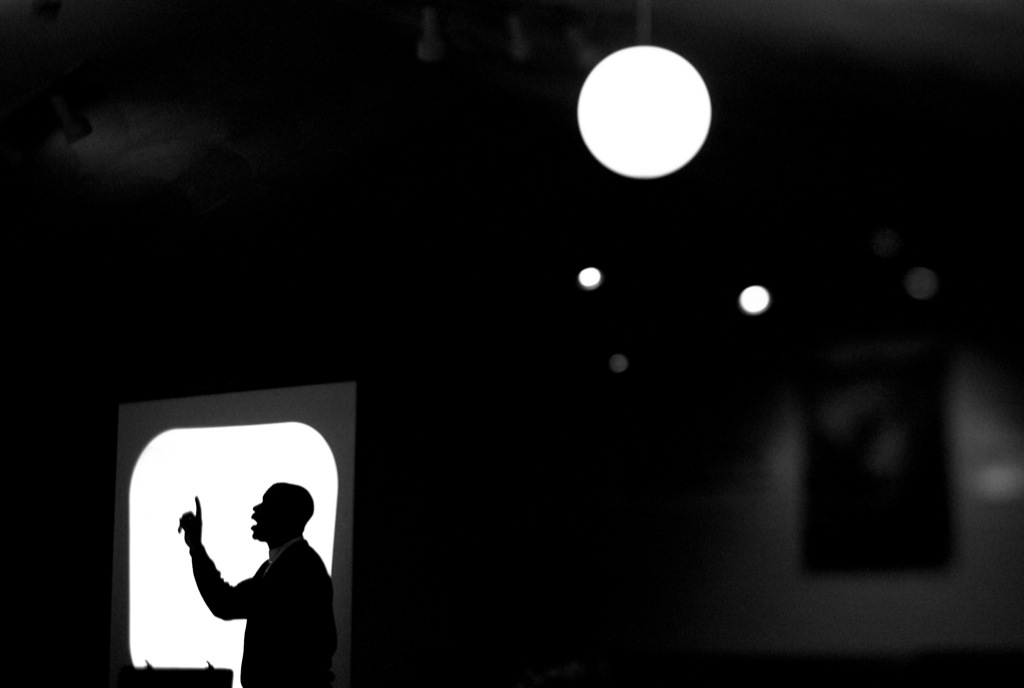 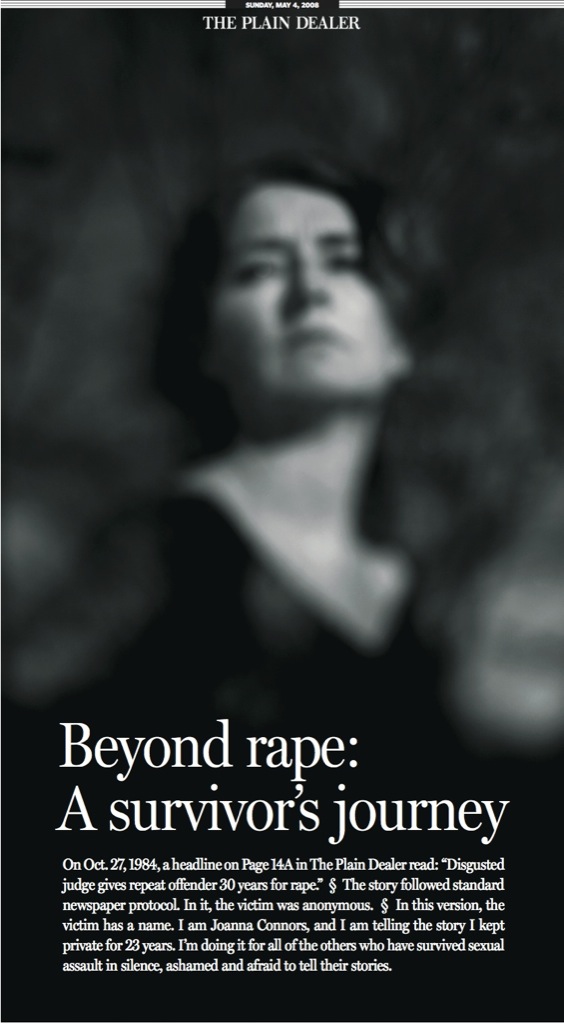 Page 1 of Beyond Rape: A Suvivor’s Journey – COURTESY THE PLAIN DEALER 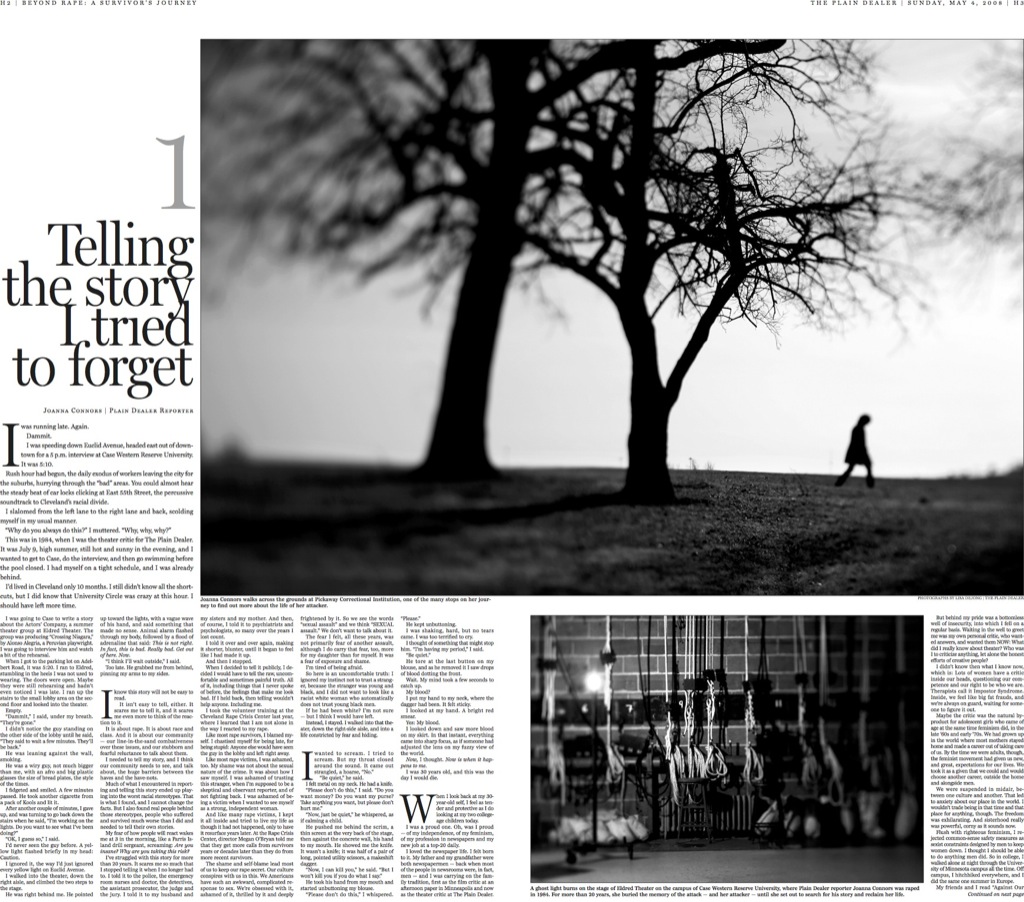 Pages 2-3 of Beyond Rape: A Survivor’s Journey – COURTESY THE PLAIN DEALER 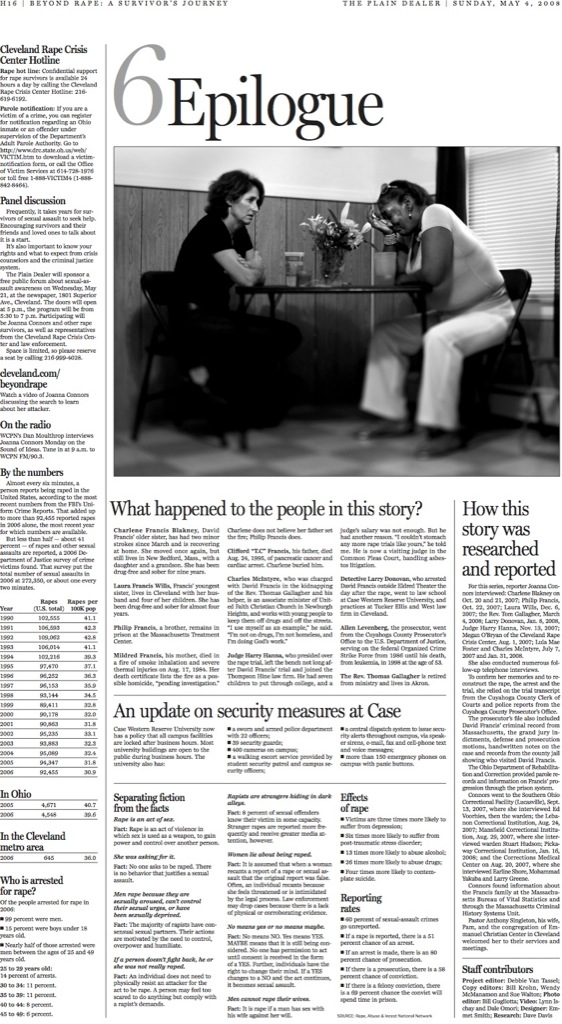 Page 16 of Beyond Rape: A Survivor’s Journey – COURTESY THE PLAIN DEALER

To get the full impact of Lisa’s photos this story is best viewed on the original newsprint. Absent that the story can be read in it’s entirety on the Cleveland Plain Dealer website. Here’s a link to the article 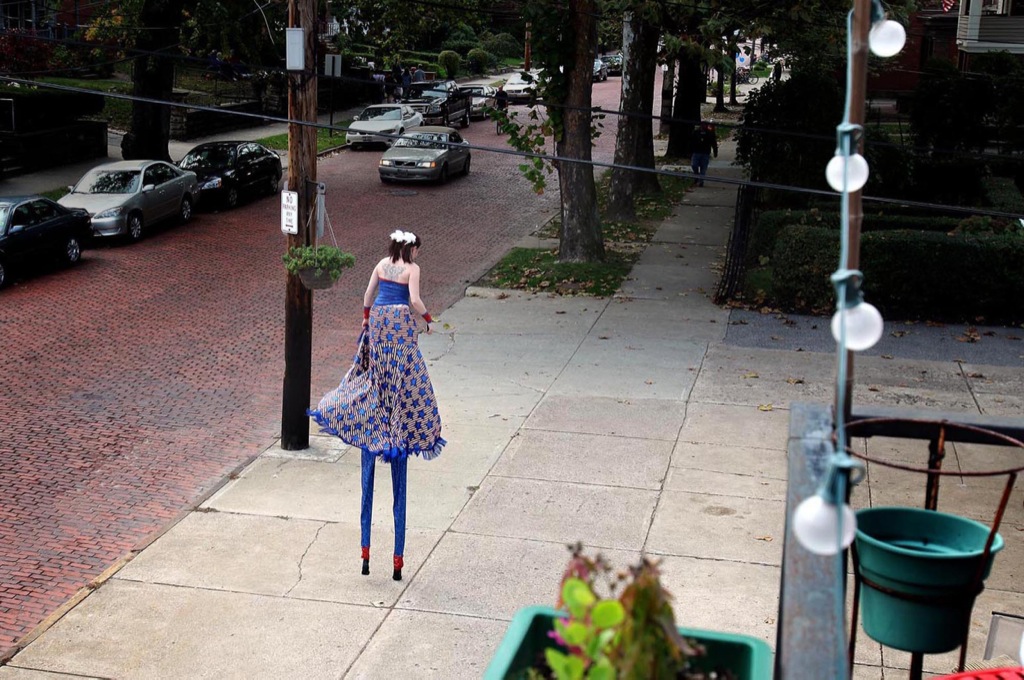 Stiltwalker Julia Pankhurst makes her way down Murray Hill Road, practicing her stilt walking. Pankhurst, who has walked on stilts for years, says that these particular stilts make her about ten feet tall. Pankhurst is seen often at local parades.
COURTESY THE PLAIN DEALER

Charris, left, and Boomer carry the front of their mother’s casket on nearly a mile journey through creeks and meadows on the way to Marilyn Myers’ final resting place. About 100 mourners formed a procession behind them singing songs from Carole King, James Taylor and Simon and Garfunkel. COURTESY ST. PETERSBURG TIMES 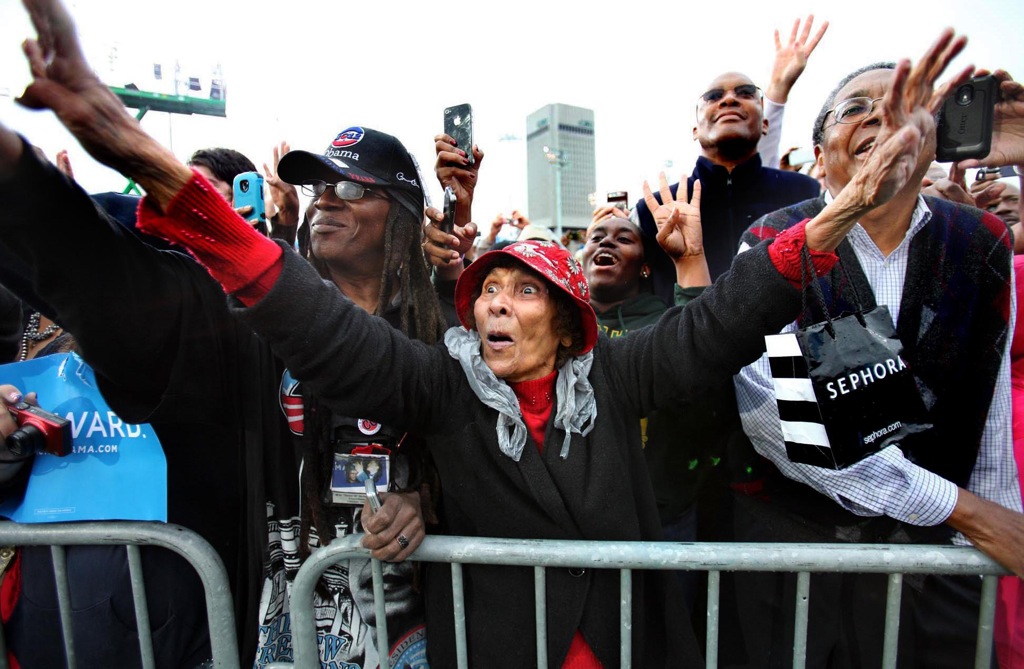 “Obama! Obama! Obama!” shouts a star-struck Maria Alvares, 85, of Cleveland as she sees President Barack Obama for the very first first time as he walks on stage at Cleveland State University on Oct. 5, 2012. COURTESY THE PLAIN DEALER 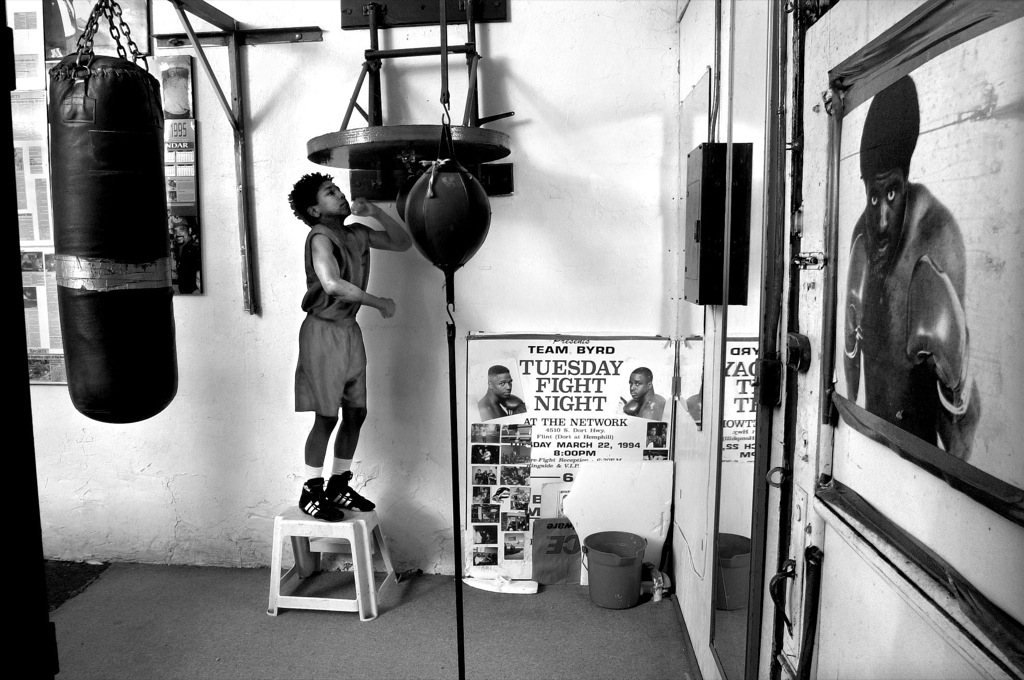 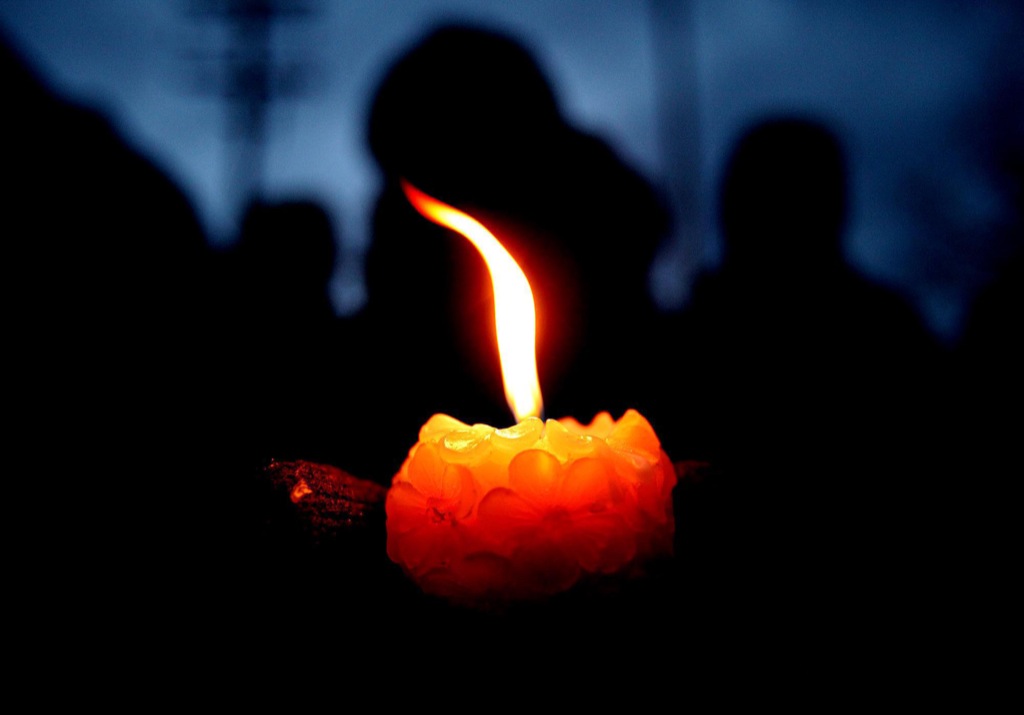 Family and friends gather hold a candle-light vigil where Latasha Jackson and her daughter Chaniya Wynn were murdered on E. 71Street near Union Avenue in Cleveland during a vigil. COURTESY THE PLAIN DEALER 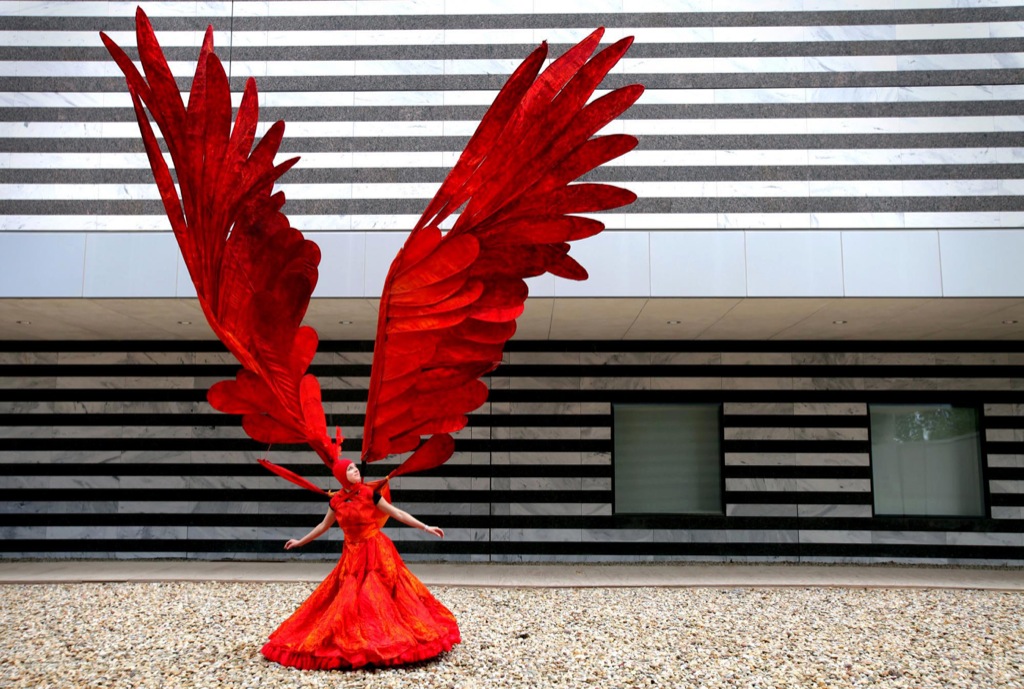 Mikaela Clark of Cleveland tests out her wings while inside her “Fire Bird Mystical Mirage” costume near the Cleveland Museum of Art just before she steps into the parade line-up for the twentieth annual Parade the Circle in University Circle. COURTESY THE PLAIN DEALER 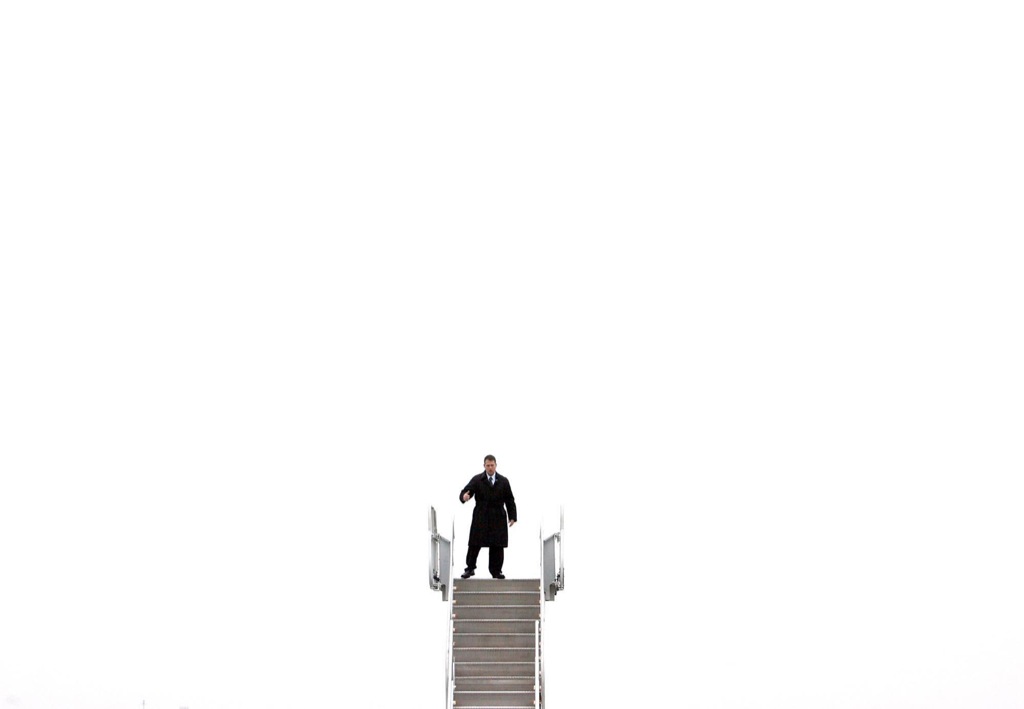 A secret service agent checks the plane stairs that will connect to Air Force One at Atlantic Aviation in Cleveland. The stairs were sitting on the tarmac awaiting the scheduled arrival of President Barack Obama. COURTESY THE PLAIN DEALER 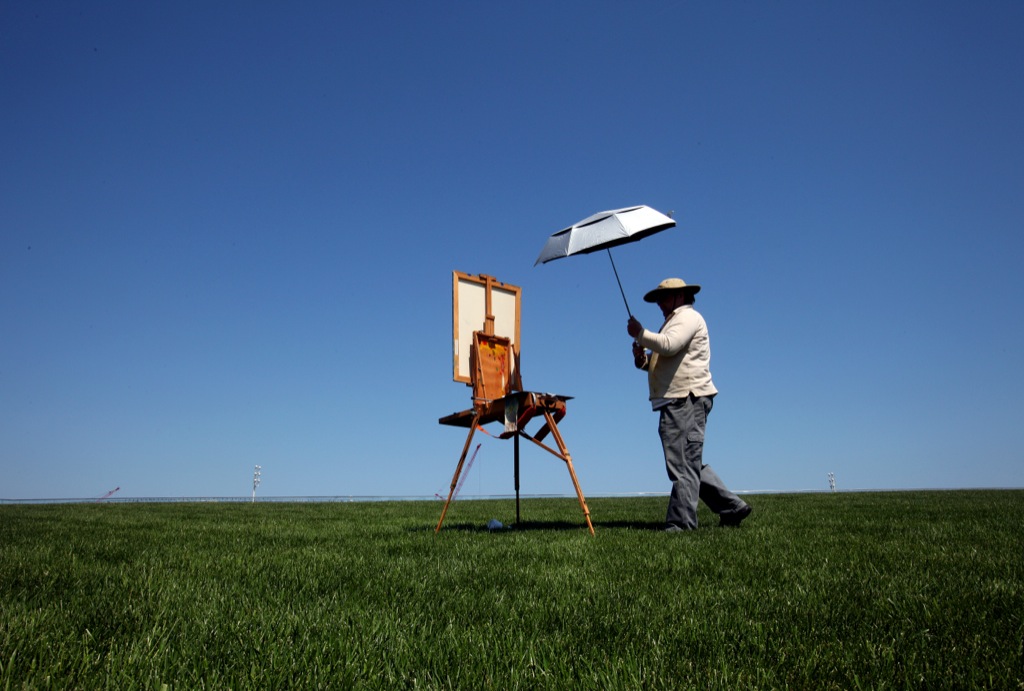 Ed Schmitt, 56, of Cleveland, takes his umbrella down that shaded his yet-to-be-named masterpiece on the huge grassy area of Mall C, on top of the Cleveland Convention Center, on Monday, May 19, 2014. COURTESY THE PLAIN DEALER

“Buffy” the Pig weathers a lightning storm in Dixie County, Florida. Owner Jennifer Bellot is raising the pig as a part of the Future Farmers of America for the Suwannee River livestock Show in Dixie County. COURTESY ST. PETERSBURG TIMES 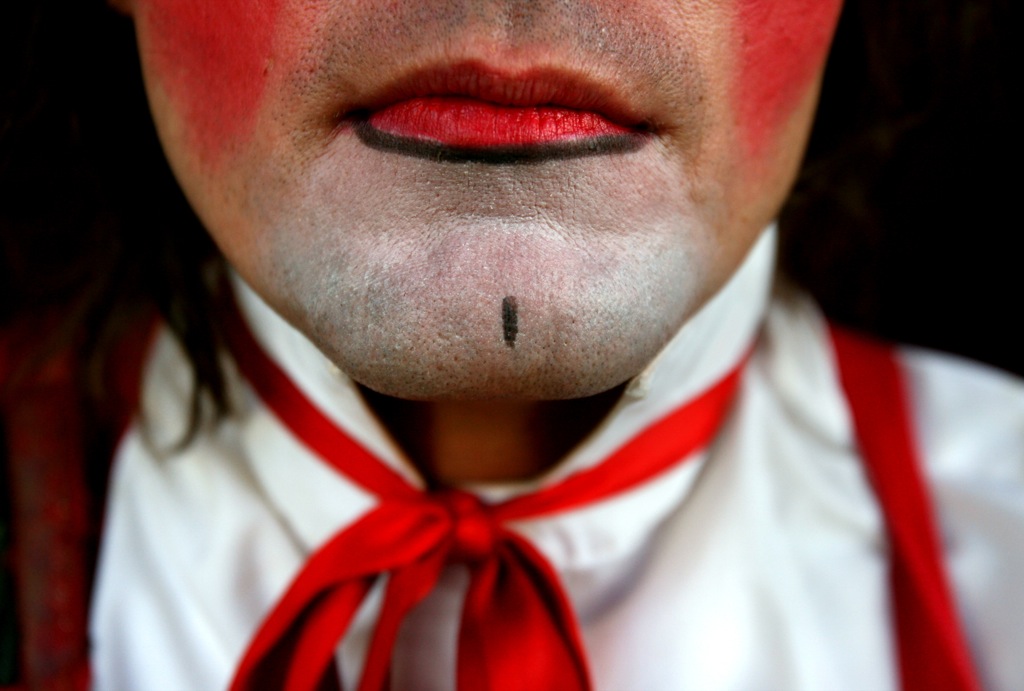 Giovanni Zoppe paints his own face of make-up for every show as he performs as “Nino” the clown. Giovanni is a sixth-generation circus performer. COURTESY THE PLAIN DEALER 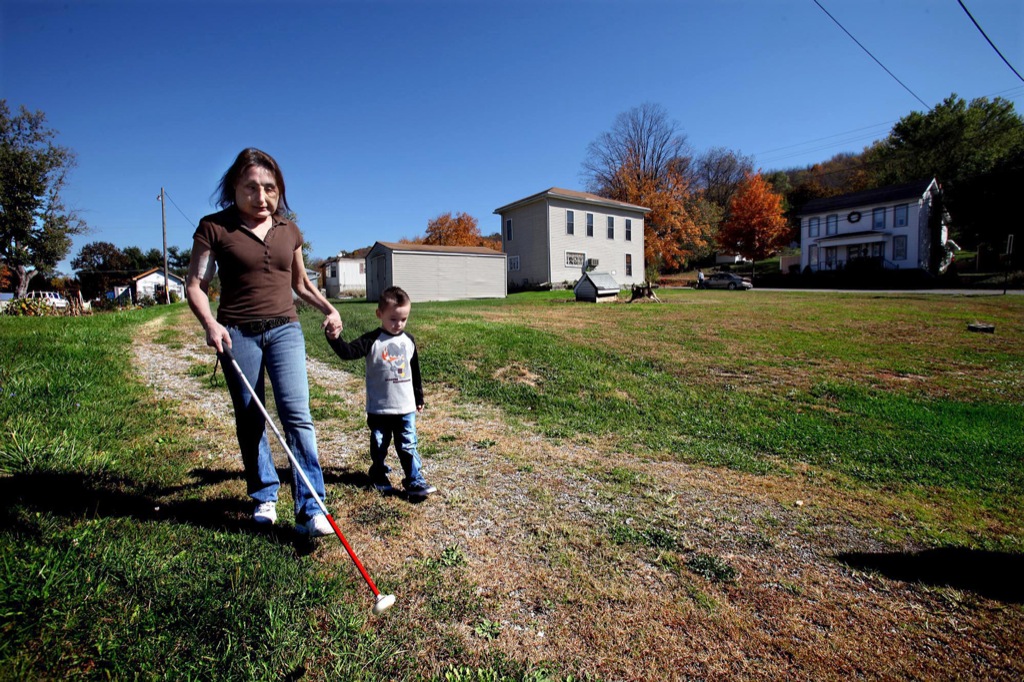 Connie, who is legally blind, uses her white cane while walking near her home in rural southern Ohio with her 3-year-old grandson, Maddox. The shooting that destroyed her face stole most of her vision, too, making it impossible for her to read, drive or work. COURTESY THE PLAIN DEALER

In the immortal words of Ethel Merman, there’s no business like show business – and no one like Danny Windsor, who’s spent the last 30 years imitating her in drag shows. COURTESY THE PLAIN DEALER

“Don’t pull its legs off,” Arlene Burch says to her son Dusty, holding a grasshopper in his fingers. Inspecting the grasshopper’s bright yellow stripes, Dusty, 8, discovers that it is already missing a back leg. COURTESY THE PLAIN DEALER 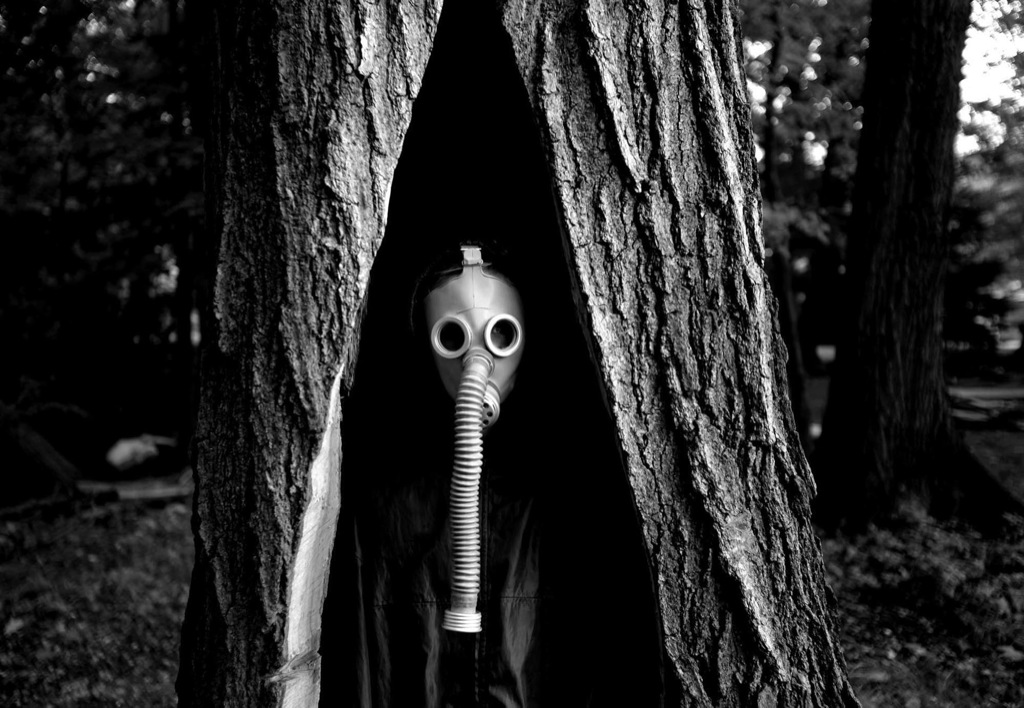 You may see Ryan Kurpik, 9, of Parma, jumping out from behind a tree wearing this vintage Russian gas mask at “The Haunted Yard” covering three back yards in Parma. COURTESY THE PLAIN DEALER 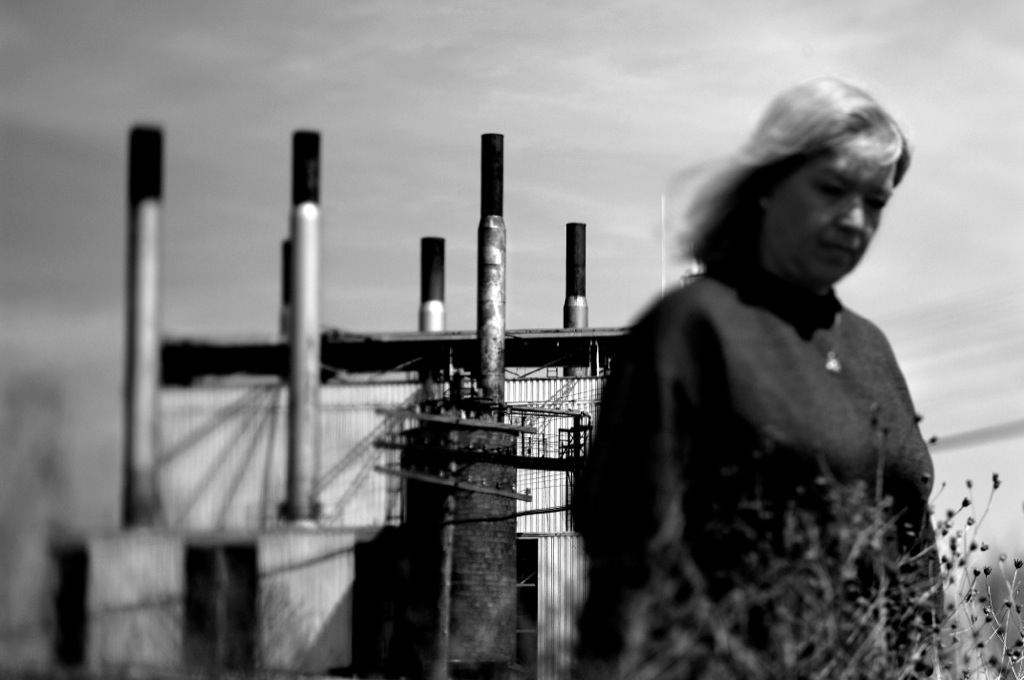 Jonell Sayles, 54, has worked for Delphi Corp. for 36 years and is in danger of losing her pension. She is a third-generation union worker. COURTESY FLINT JOURNAL 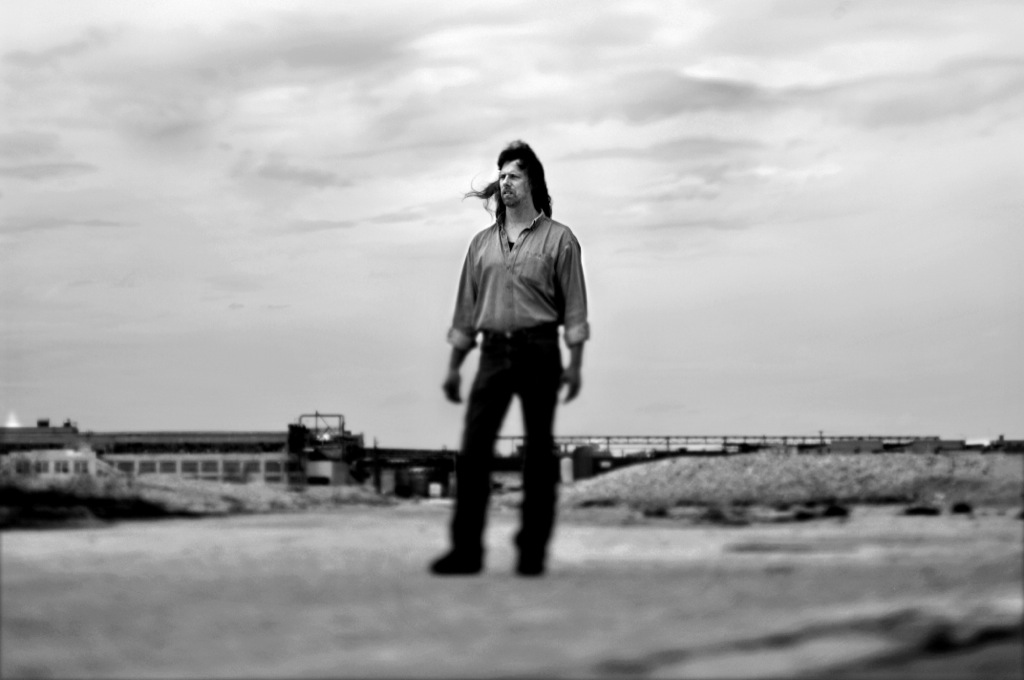 Dean Braid, 47, was employed as a mechanic and worked on this very site for Buick City. Buick City was torn down after being named one of the most efficient factories in the world. COURTESY THE FLINT JOURNAL 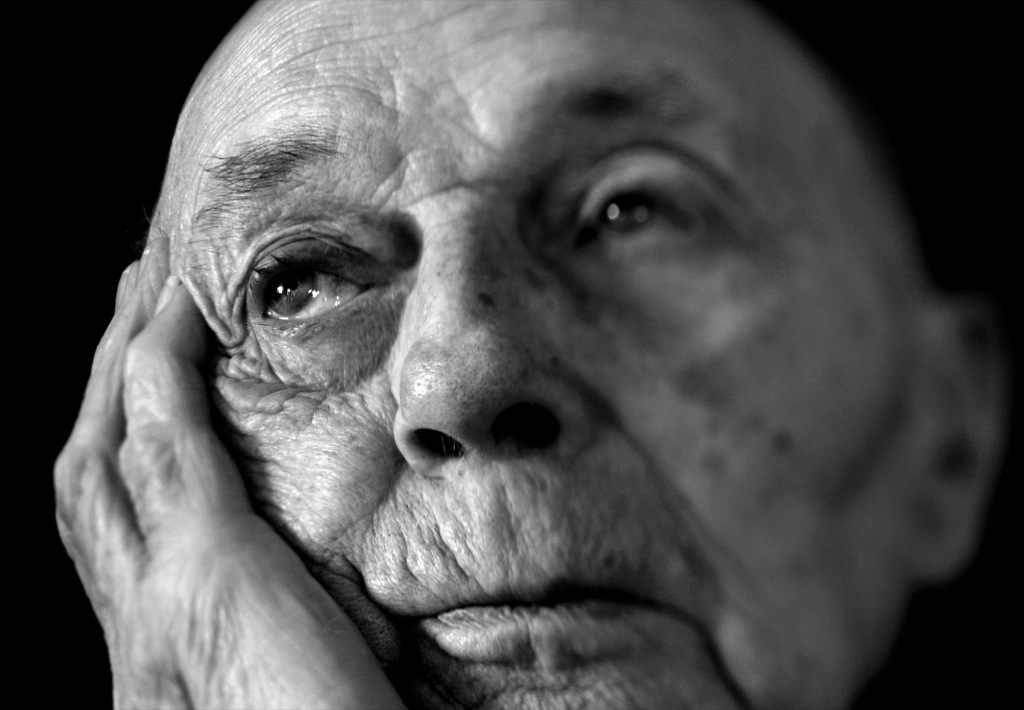 Al Bodette, 90, who worked for GM for 44 years. He helped start the union when he lead co-workers through the historical sit-down strike of 1936 in Flint. COURTESY THE FLINT JOURNAL

Pictures of the Year International