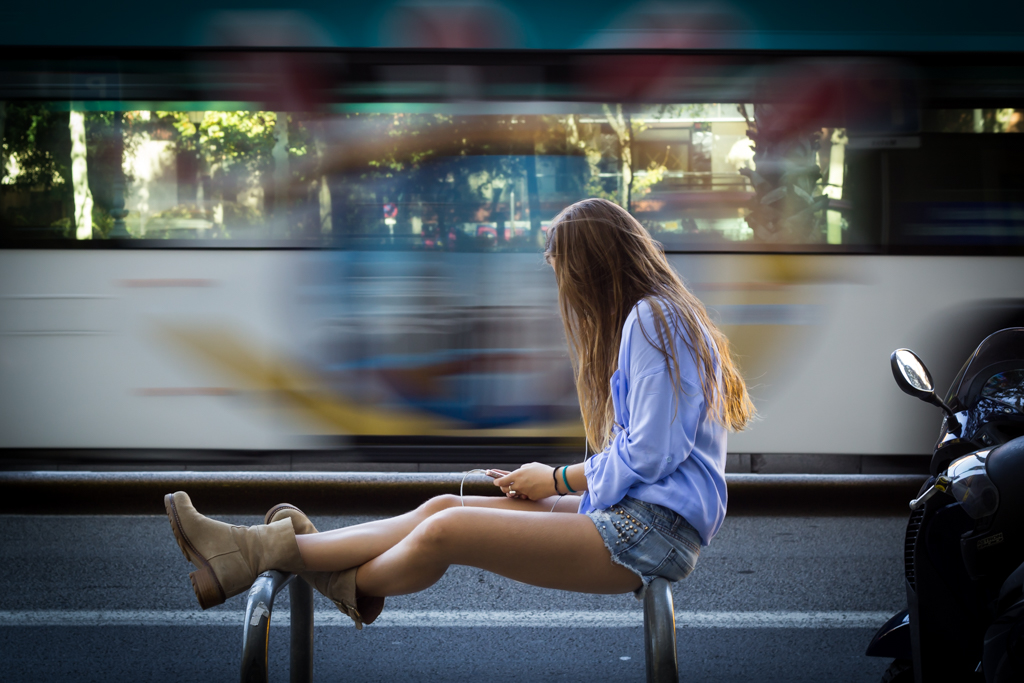 Tell us, where were you born and where do you live now? How did you become interested in photography and what drew you to street photography?

I was born and have always lived in Badalona, a small town just outside of Barcelona. Like many people, my first camera was given to me as a communion gift. I went through several compact cameras, but it wasn’t until seven years ago that I discovered on a profound level the world of photography when I bought my first reflex camera. 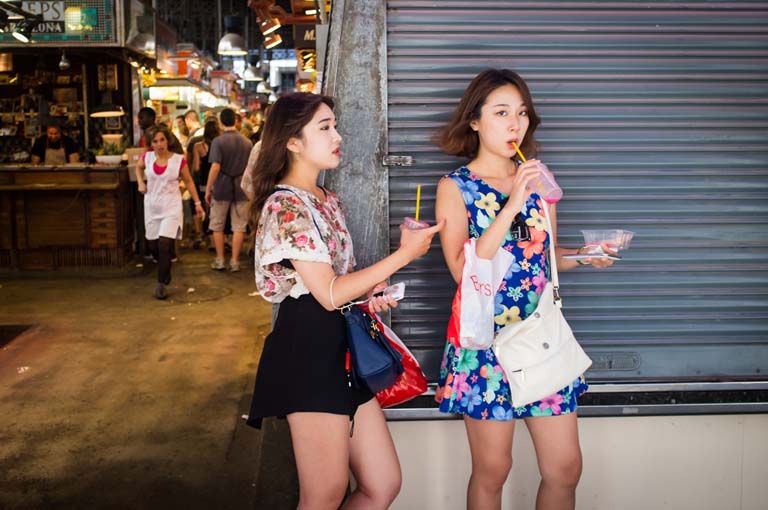 Shortly afterwards, I began feeling attracted to street photography because as I practiced it, I found it gave me sensations I didn’t get with the practice of other types of photography. On a parallel line of thought, it also helped me see the work of other photographers online, as well as the experience of my uncle during the 70s and 80s as he captured the mod scene of Barcelona during that time period. 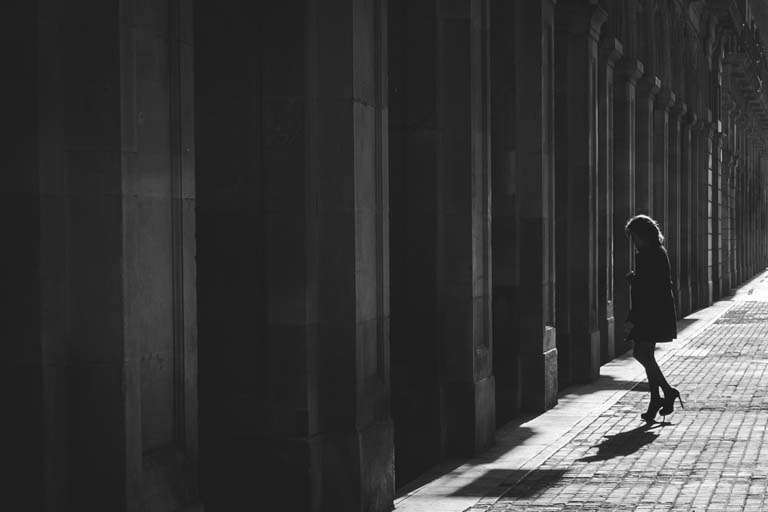 How would you describe your personal street photography style?

Normally, I don’t take photos with many people inside the composition, in fact, on many occasions, only one person will appear. On a photographic level, I prefer to see a human being as an individual inside their own environment rather than a collective or group element. People tell me that my photos show sensibility, but with a unique style that you can tell takes many years of experience and patience. 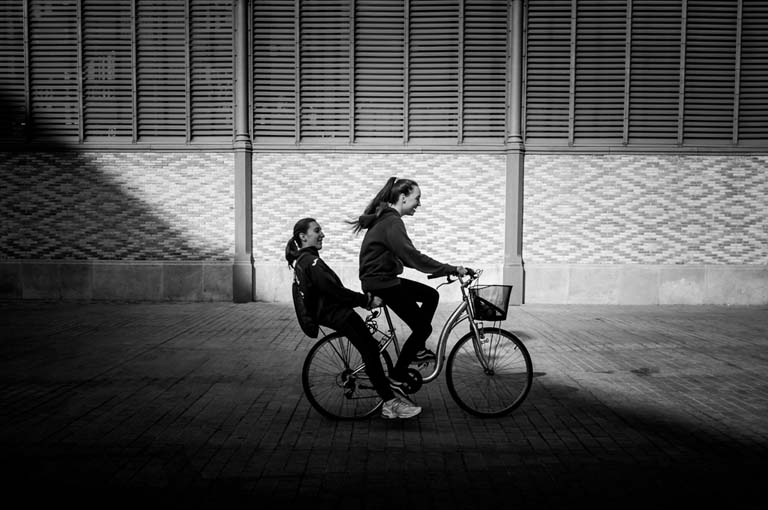 To acquire a style is a process that begins taking shape based on many factors…our cultural and visual baggage, personal experiences, emotional state, artists that influence us, etc…, we channel all of these elements unconsciously through the camera. I, for example, am very much a cinephile and I suppose that has been a determining factor when I must chose certain visual preferences. Still, I insist that having your own style is pretty complex. 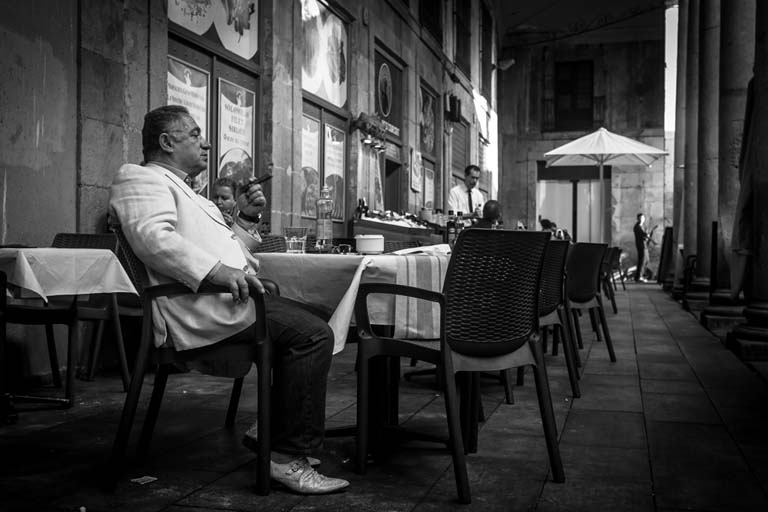 Do you have a favorite place to do street photography? What is your routine when you head out to the street, camera in hand?

The challenge is finding inspiration in any place and to be able to take a good photo in any area, though it’s true that most of the time, I photograph around the barrio gótico in Barcelona since it offers many opportunities in the way of architecture and illumination. 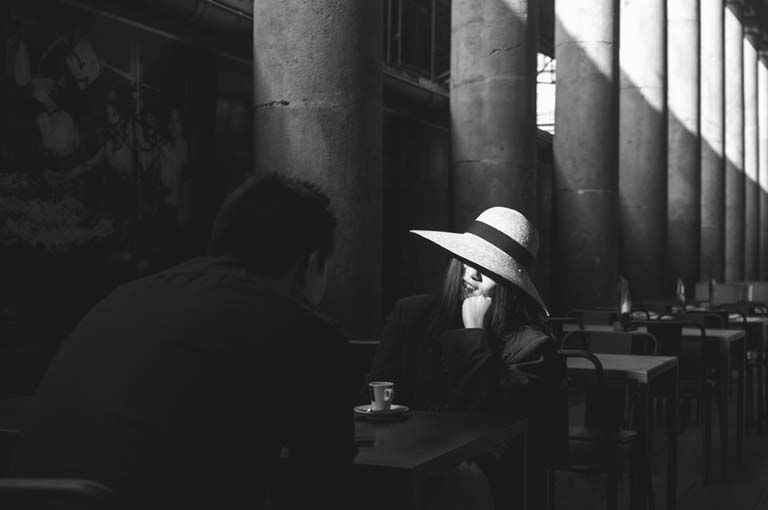 I don’t follow a routine, one of the charms of this kind of photography is it’s level of unpredictability – you never know what you might find around each corner – so for me the best thing is to go with the flow and roam the streets without a predetermined route. 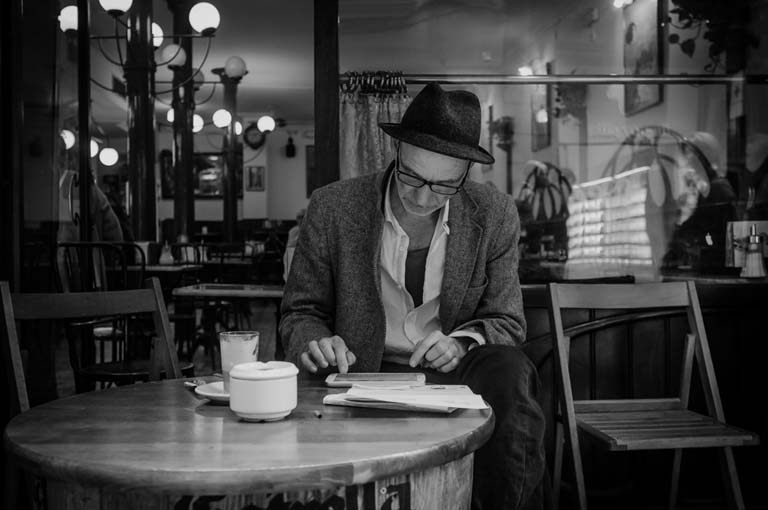 How do you determine which photos to leave in color and which to convert to B&W?

If the color generates a discussion and has a leitmotiv within the photograph or if it has sufficient harmony and is visually potent, I prefer to leave the photo in color. If that is not the case, I opt for black and white, since that helps center us on the composition and the essence of what we see. 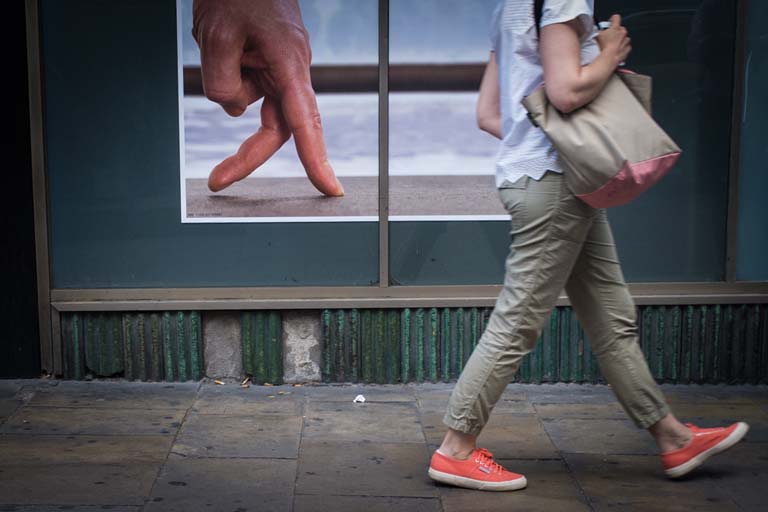 What photographers inspire you and which ones have been an influence on your photographic style?

More than influence I would speak of inspiration, since talking about influences of the great classics can be somewhat pretentious. In the first place, I would cite a contemporary photographer named Thomas Leuthard. However, I believe it is good to seek out inspiration in other fields, and in my case I’ve enjoyed and felt inspired by the work of certain film directors with a very defined visual style, such as Stanley Kubrick, David Lynch, or Wong Kar-Wai, whose movies, I believe should be obligatory for all photographers to view. 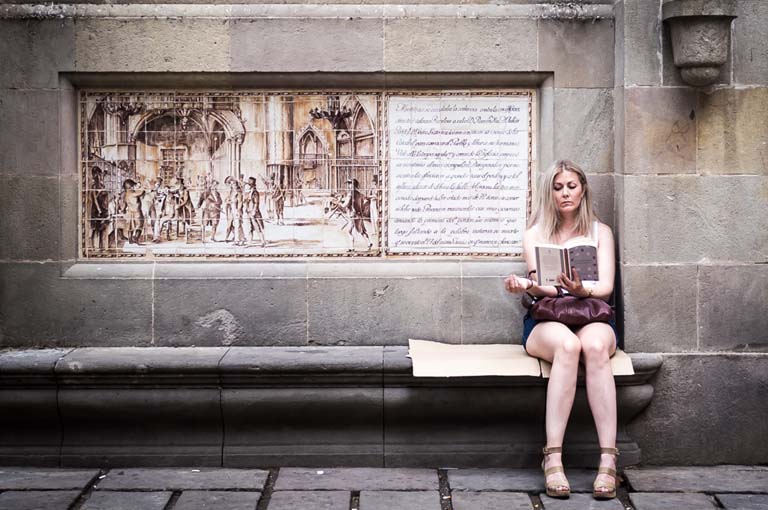 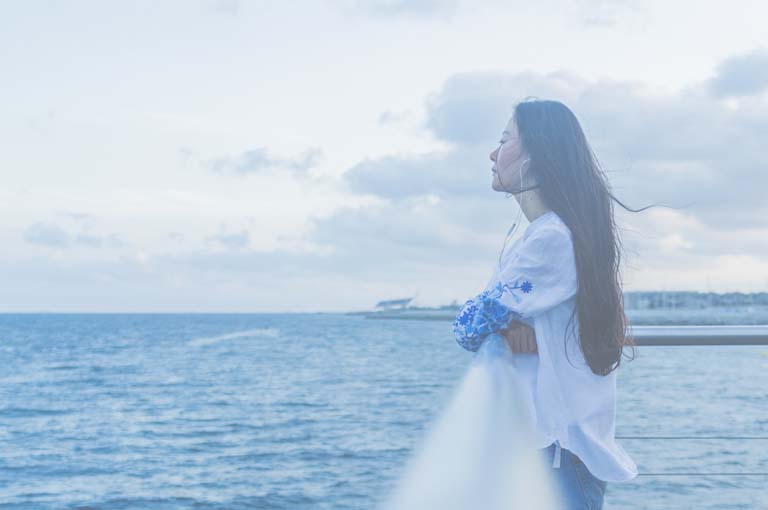 What is your creative process when you take photos and what tools do you use to take and edit your images?

The creative process of Street photography is something instinctive and intuitive, in accord with the spontaneity and speed of the Street, both of which one must become accustomed to. The creative process in the street is volatile and this is one of the charms of this style of photography. People speak of photographers who are “hunters” and those who are “fishers.” I would perhaps be the “hunter” but if a concrete place offers possibilities and potential, I don’t mind waiting for something to happen there. 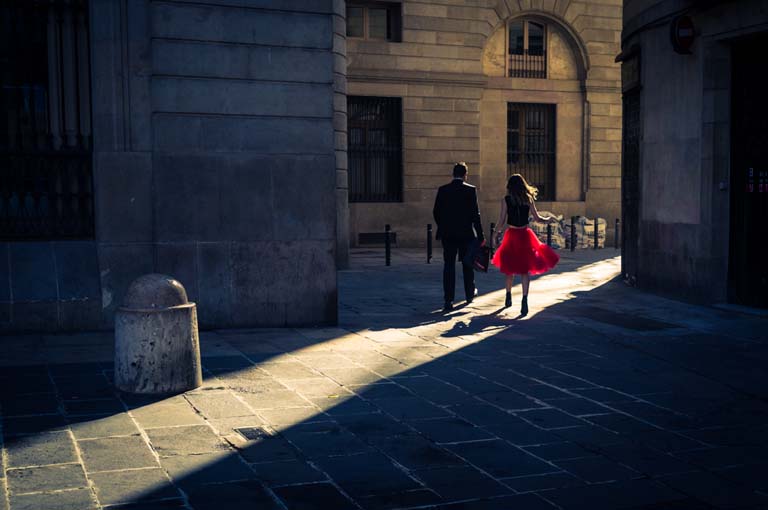 In the way of technical aspects, I use a Fuji X100 and a Fuji X-T10, with 35mm and 50mm lenses respectively (I prefer a fixed lens). I generally shoot in RAW, priority mode with the aperture at a speed no less than 125, and using specific measurements if the scene and the result I want call for it. Once I have the photos, I import them to Lightroom, where I process them and later publish them. I share the general opinion that it is best to let the photos rest for a while before publishing them, so that you can see them from a bit of a distance with full objectivity and rigor. 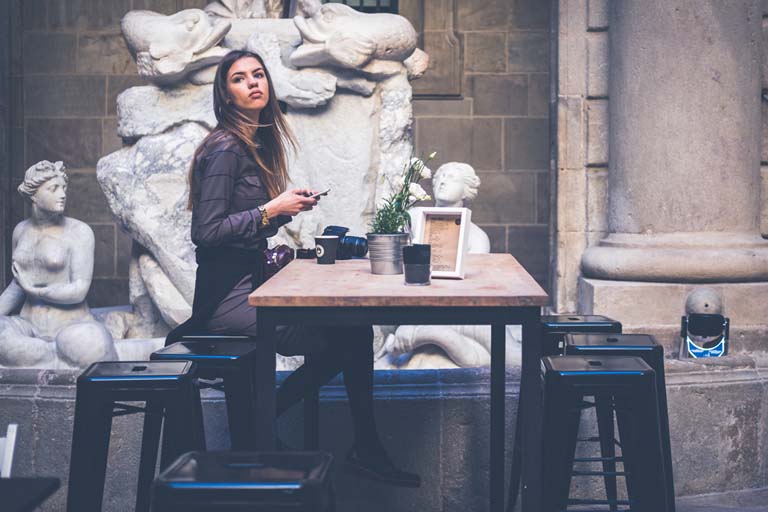 Tell me what was going on in this image: 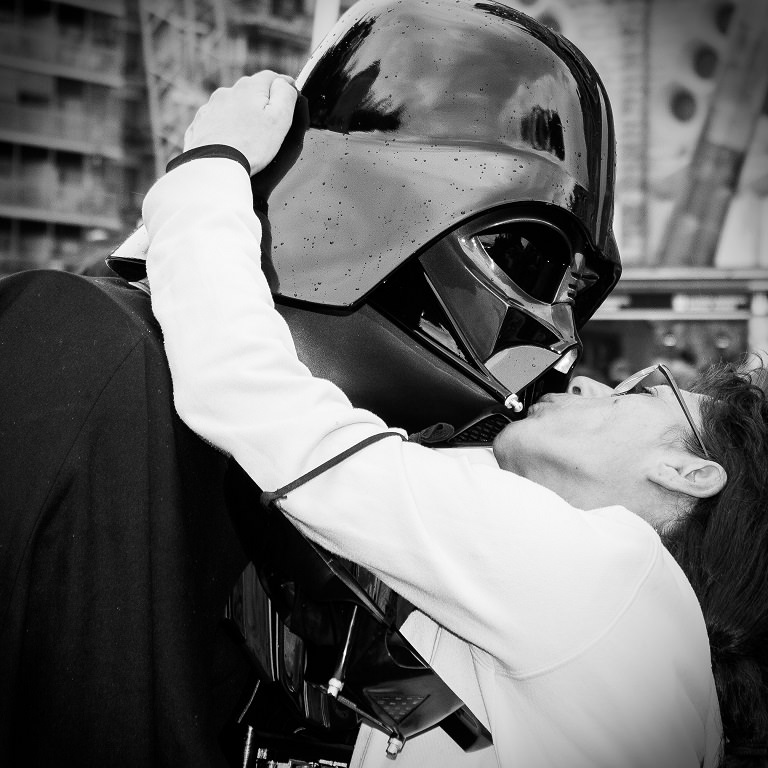 This was a Star Wars parade in Barcelona, and all the characters from the film were there. At one moment, a fan came up to Darth Vader and asked him for a kiss and just then, I took advantage to take their photo.

How did you get the shot of the girl crossing in front of the train at sunset? That’s a beautiful image.

That was a sunset in Barcelona. There was this spectacular light so, going back to what we talked about earlier, I got in “fishing mode,” keeping my attention on the train tracks with the sun in the background and waiting for something to happen. In that moment, I simply saw the girl was going to cross just before the train and I shot. To highlight the colors of the sunset I just had to measure the light in the sky and adjust the parameters to get the ideal result. 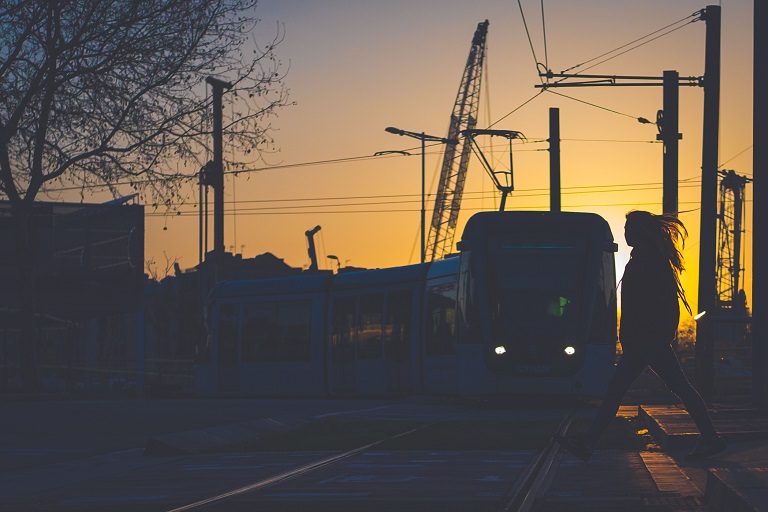 Finally, what advice would you give to someone who is just getting started with street photography?

I would tell them to photograph without pressure, following their own intuition, but being strict with themselves, to persevere and be patient. 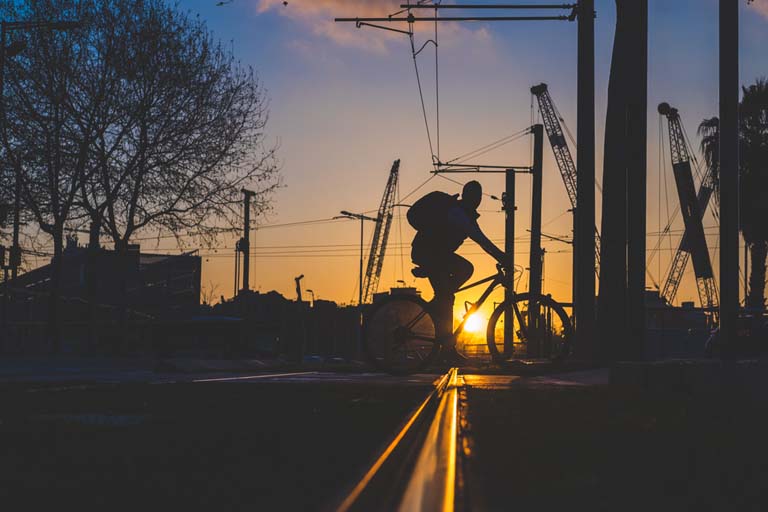 You’ve got to understand that it’s normal to have days when we don’t capture anything good or we don’t feel inspired. 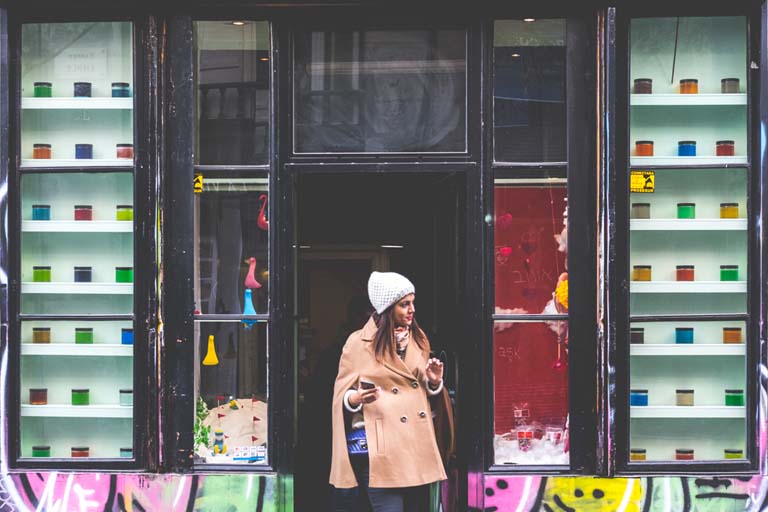 Of course, they should also look at all the photos they can, starting with the great classics, and also, they should feel comfortable and be familiar with their camera. 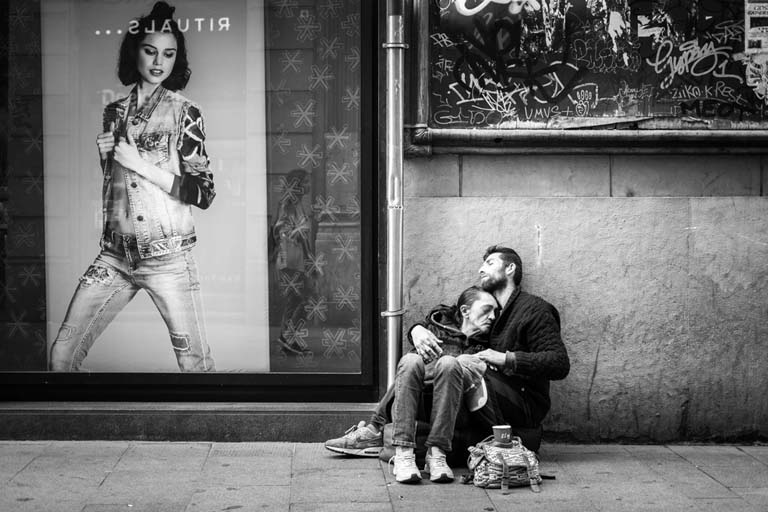