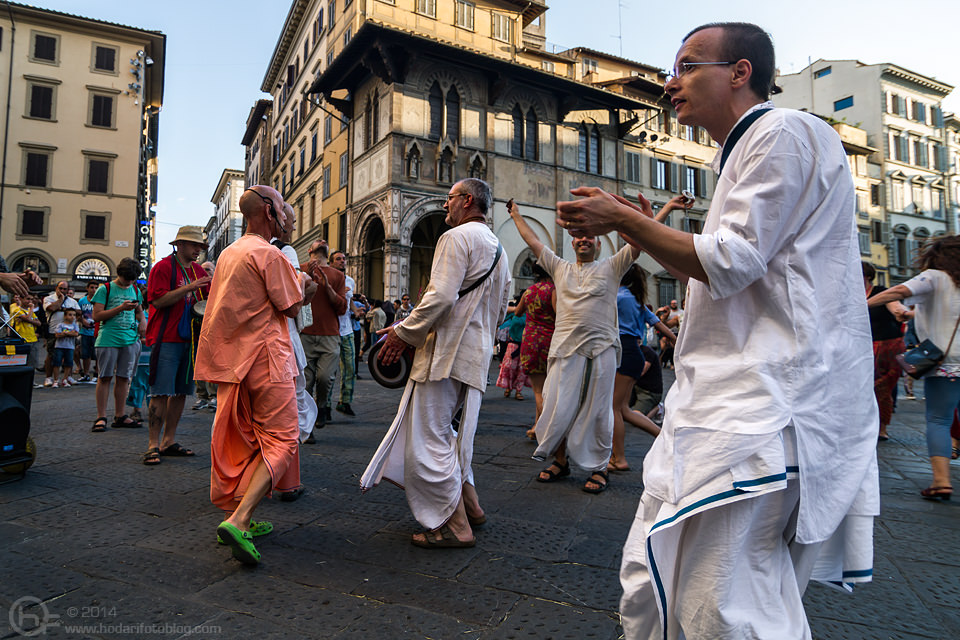 Here is a small post-vacation reflection, since, with more or less intensity, this is what we experience all too often when we go on vacation during summer or other busy seasons. The city can be Venice, Florence, Cuenca, Sebastopol or Villaconejos de Arriba on the day of their biggest festival, it doesn’t matter, when it’s time to take a shot we always come across the same problem.

It’s six in the morning on a humid autumn day. The streets of Venice are empty and a light, low mist rests over the canals. You are waiting beside your tripod for the first rays of sun to highlight the textures of the decadent pier in front of you. In the house behind you, a young woman smiles down from a window, from which the music of your favorite song floats out. Just when the sun reaches the best possible position, perfectly illuminating the scene, a gondolier enters the bottom left region of the frame and a pair of seagulls cross the upper right corner. The young woman behind you just hung a large white sheet out to dry, which acts as a reflector, directing some of the sun’s rays at just the right angle to light up the areas of your photo that still shrouded in gloom. You press the shutter – click – photo taken. The gondolier and the seagulls come up to you to ask if they should pass in front of you again, the sun, unmoved, despite its normal daily course, observes the camera screen and waits for your approval so as to continue on its course. It’s not necessary. You’ve got it. It is THE PHOTO. The young woman in the window, with admiring eyes, asks you to come up and show it to her. She has her computer on and Lightroom open so you can process and share the photo immediately. Fade to black. THE END.

August 20, you have arrived to your destination under a fiery sun and it is 11 in the morning. You are almost positive you’re in Venice, the canals are a clear indication that you are, put the hordes of tourists (yourself included) block every feature of the city that is not above head level.

The light is incredibly harsh, there is a traffic jam of gondolas in the canals, and a huge line of vacationers cuts across the Plaza de San Marcos waiting to enter the Basilica. Besides the scaffolding, the church looks fairly nice. You find a halfway decent frame, but dozens of people cross in front of your shot right away. Waiting is complicated, you traveled with your family, you’d like to spend some time with them, and you don’t want to make them wait every time you try to take a photo. You keep walking, the sun and the heat keep doing their job, so it’s a good moment for a morning stroll through the narrow, shady streets.

The crowd keeps growing, in some small streets the single-file lines are not people waiting to enter some kind of monument, they are the only way to walk without backing up traffic in the single-file line that’s headed in the opposite direction. The 10 year old kid from the Japanese family in front of you slurps his snow cone loudly and his sister, who is 12, scolds him while taking his picture, (her camera is better than yours, of course). Your are enjoying the city as much as you can, but photographically speaking, the trip is becoming a disappointment.

We’ve come to the solution so quickly? Yes, but first we are going to identify who is at fault, which is always the most fun. It is your fault, and your’s alone, not because you traveled during the wrong season or the wrong time of day, which is pretty difficult to fix when you try to coordinate work and family schedules, but because you didn’t find the ideal motive for your photographs: if the only thing that surrounds you is tourists, quit trying to shoot postcards, and dedicate yourself to photographing the tourists.

To put it another way: If you can’t beat them, photograph them.

This might seem like an easy task to many, but to those of us who practice a more planned photography, slow and posed, we will have to change our chip, our view and our method and convert ourselves for a time into “street photographers” so that we won’t head home with photos of amazing places blocked by the mass of people, but instead photos of people who are surrounded by amazing places, that have a certain interesting quality themselves.

Now I should give you a list of 10 essential tips to improve your touristic photos, but no, this article isn’t about that (that’s what SLR Lounge, Dzoom, and all the other sites are for, they have thousands of internet posts about the subject) it’s just a small reflection out loud that might help me (you) when it comes time to plan the next vacation. As a single piece of advice, I will paraphrase Master Lee with his, “be water, my friend”, flow between the masses, let yourself be led, be just one more tourist and shoot without fear, between so many cameras no one will notice what you are photographing or what souls you are stealing.

Instead, I leave you with a small demonstration of what I did during my last vacation once I changed my attitude and dove into a type of photography I am not used to practicing.