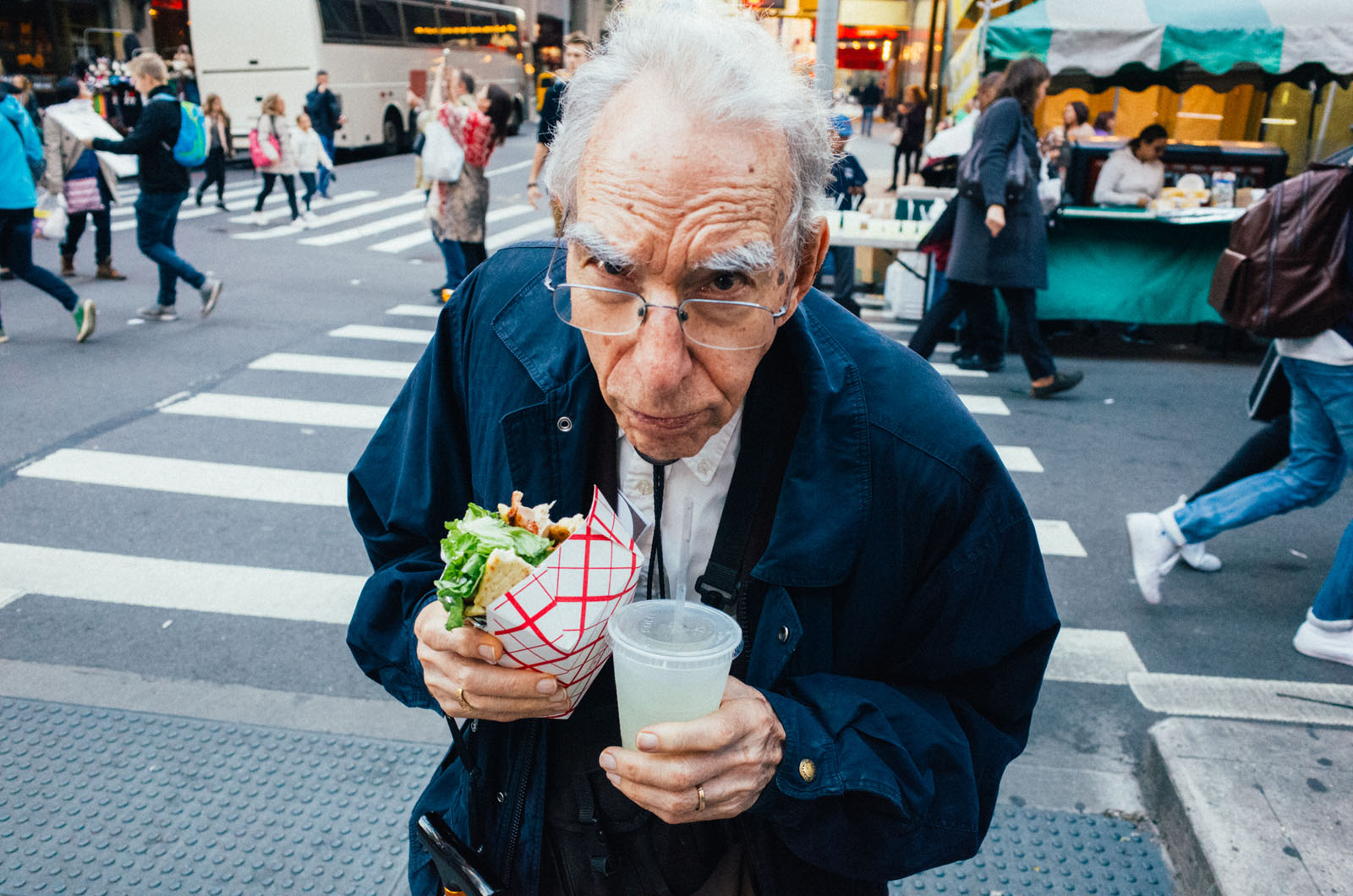 What is it like to shoot New York when you aren’t a native or a tourist? That’s what we were interested to find out from Mathias Wasik – a stranger in the city that never sleeps.

Life has taken Mathias from Poland to Germany and now, he’s settled into life in the Big Apple. Like so many other New Yorkers, he’s an official city dweller but not quite a native. With that perspective, Mathias roams the streets capturing his view of this iconic city. What resources are available for street photographers in New York? What was it like to shoot New York during the Trump election and shortly thereafter? Find out in our audio interview with this talented street shooter. Click below to listen in and don’t miss Mathias’ tips and insights for shooting New York, just below the audio player. 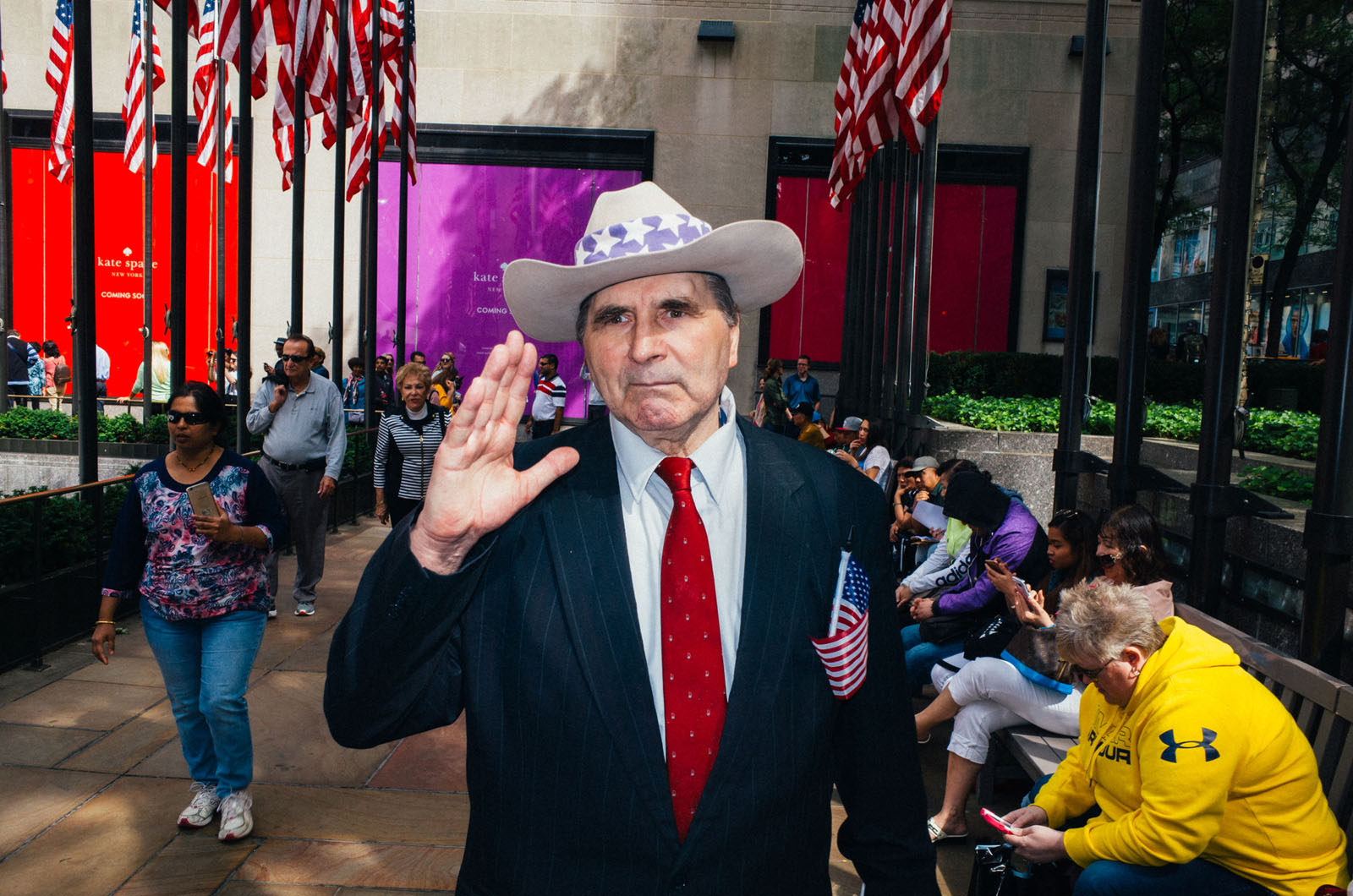 Shoot wide and get close.

New York City might be the ultimate concrete jungle, but that doesn’t mean you’re out on a Safari, so leave your telephoto lens at home. A compact camera with a wide-angle lens will help you get lost in the hustle and bustle of the city. And it will force you to get close and right into the action. 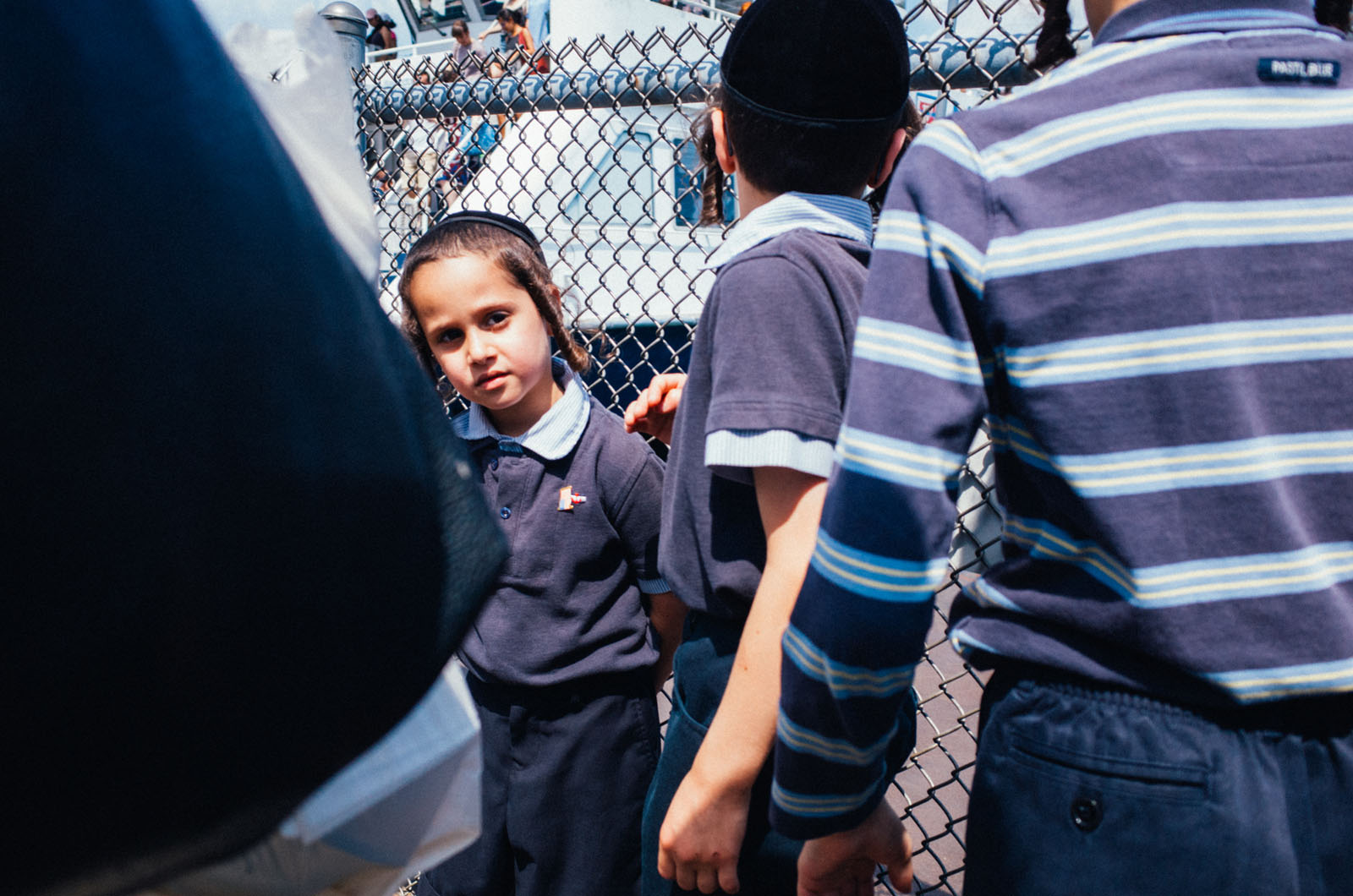 Just like in life in general, the best moments in New York come up unexpected. You don’t want to miss it, so make sure you always carry your camera with you. And don’t forget: the best camera is the one that’s with you. If you left your camera at home, your phone should do the trick. 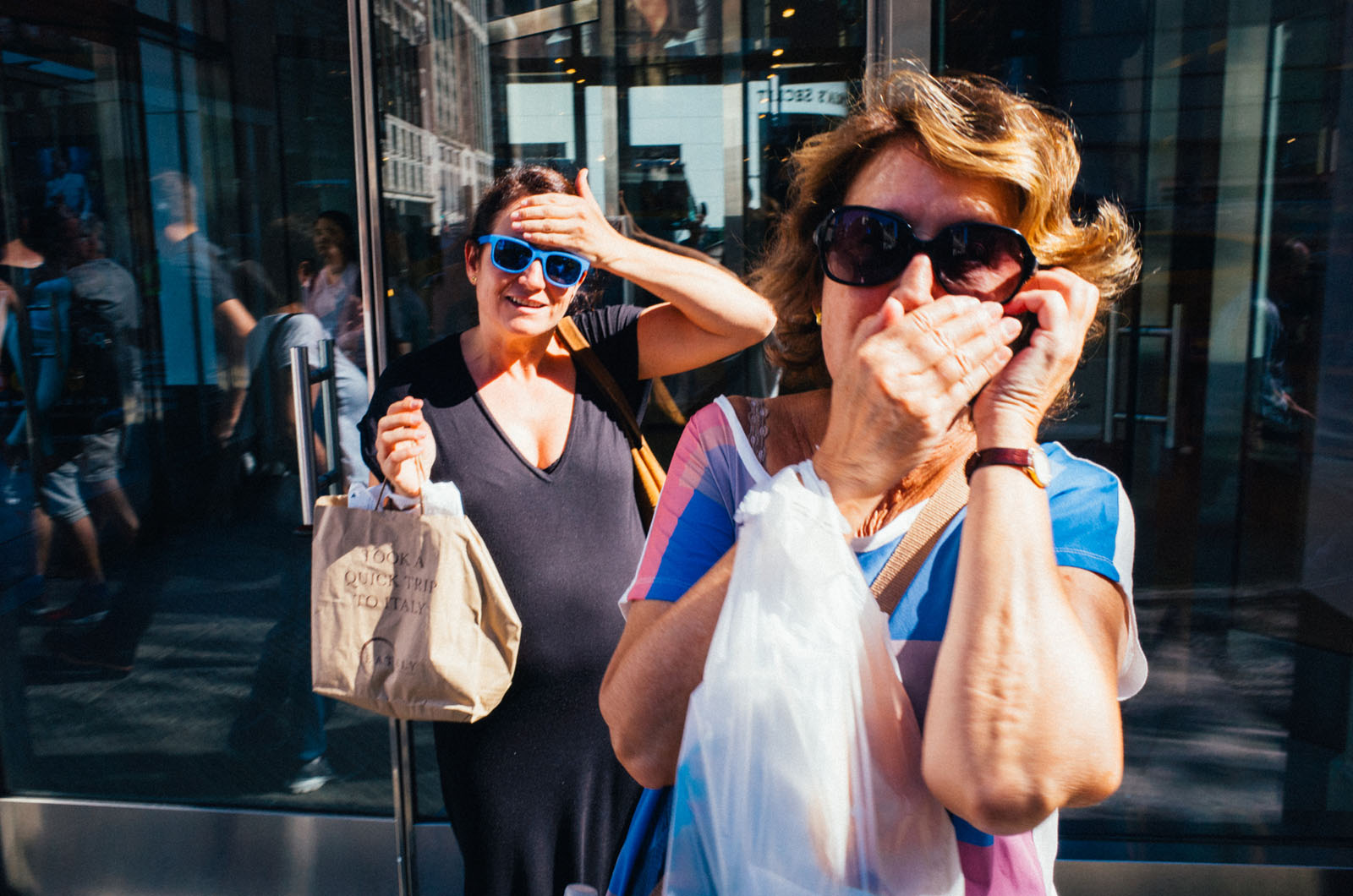 New York is a city that’s best explored on foot. Wear some comfortable shoes and make sure to wear clothes suitable to the season. It can get really cold in winter and very hot in summer. Stay hydrated! 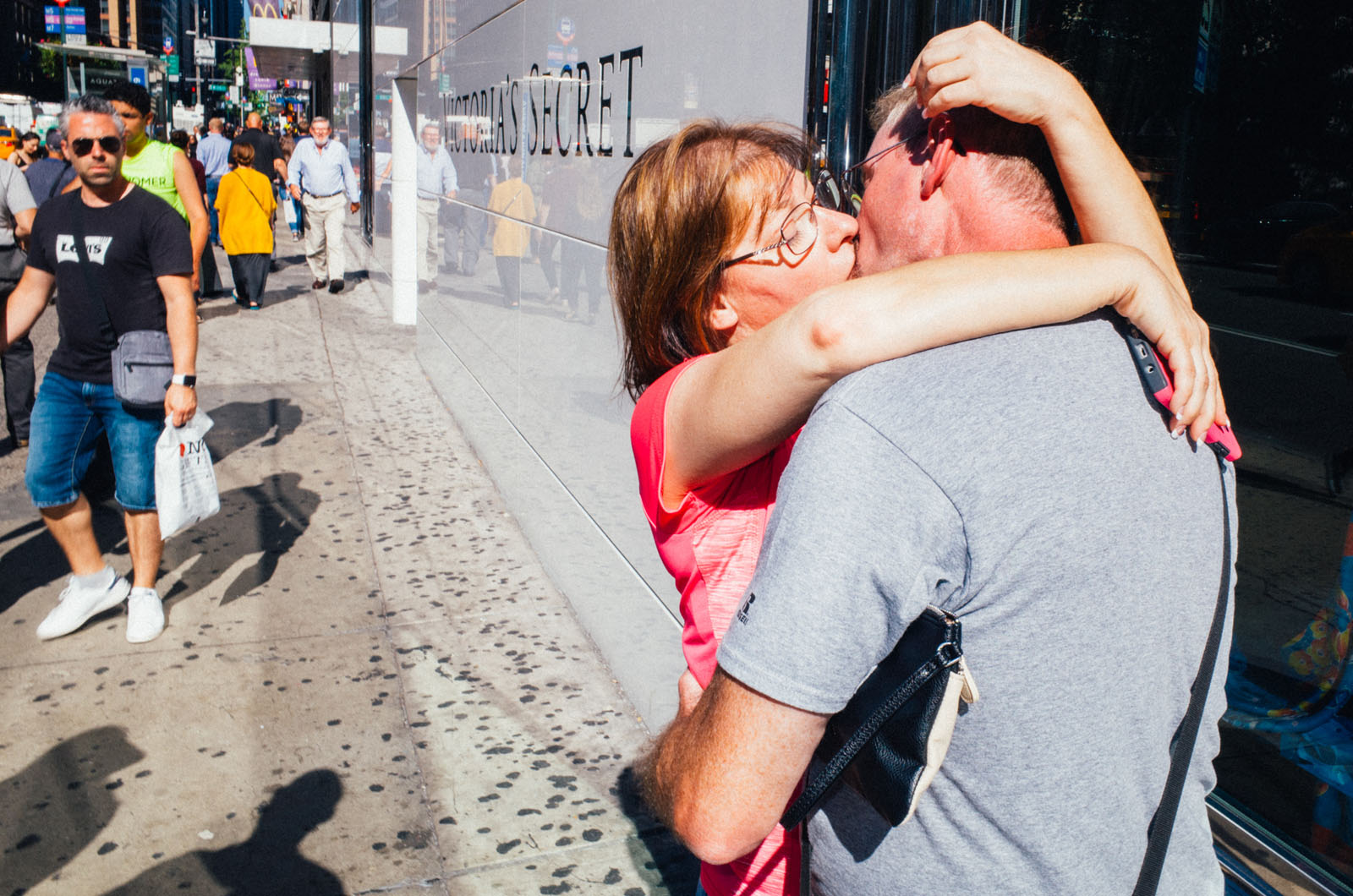 It’s really worth exploring the streets after sunset, when New York turns into a city of lights. After all this is the city that never sleeps. It’s been a rainy day? Even better! The reflections on the streets will create magical scenes for you to capture. 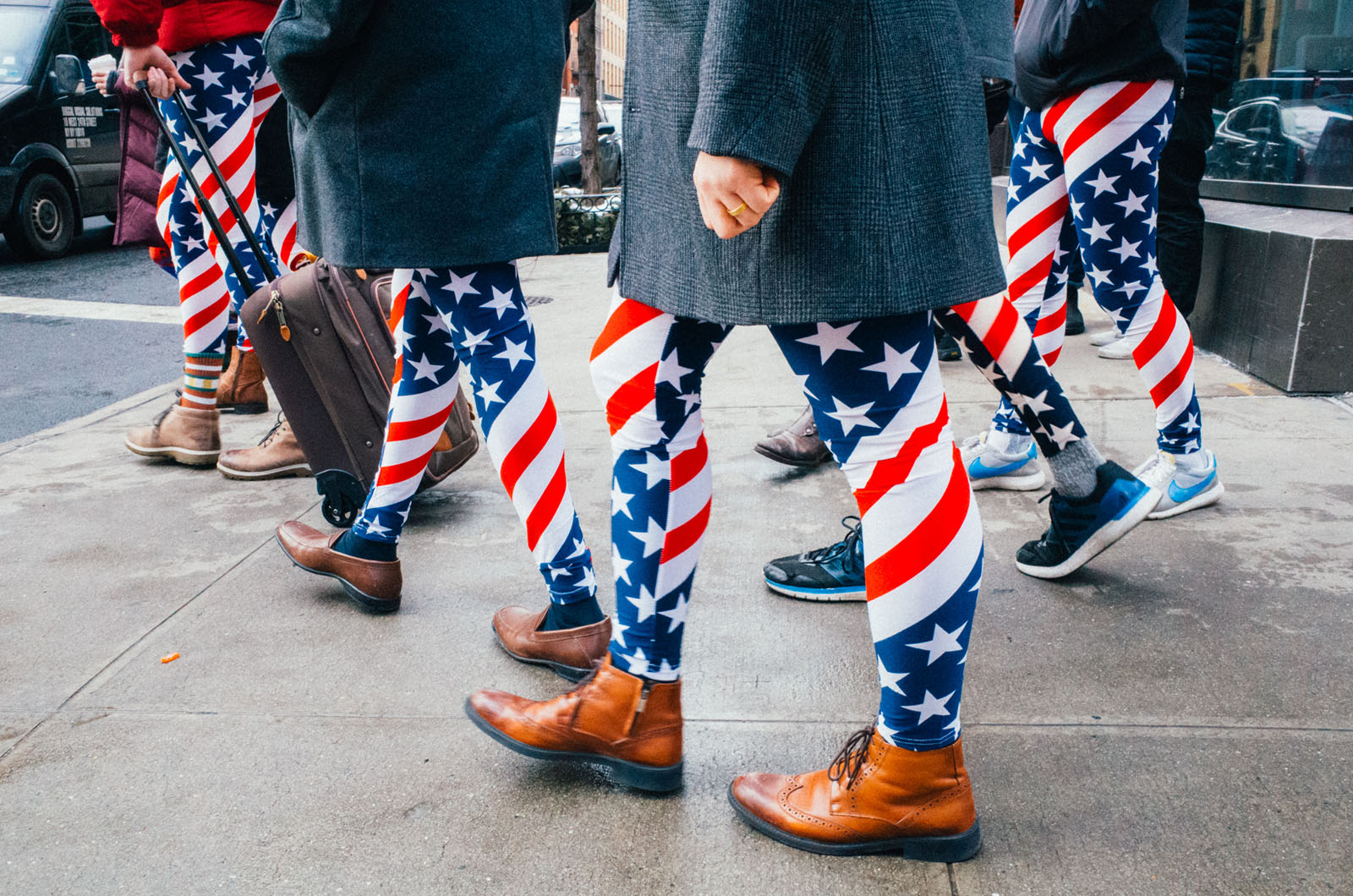 Even in a city like New York you will have those days where you feel like the whole day shooting was a waste of time. Don’t give up and be out in the streets again tomorrow. I promise, your perseverance will be rewarded. 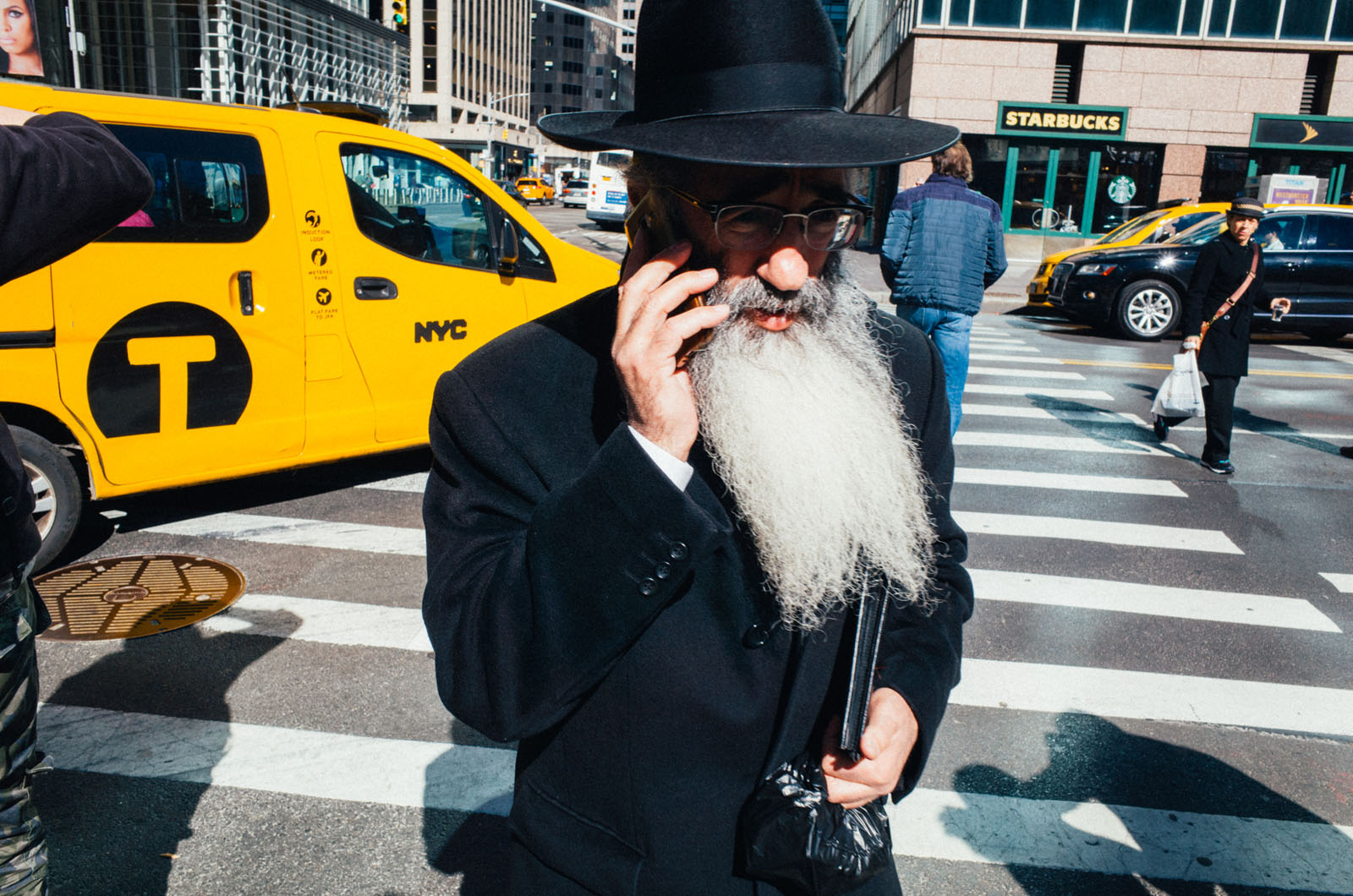 What to Expect from NYC People

New Yorkers are always on the run. You will see most people won’t even notice you’re taking photos of them. If they do and if they don’t like it, they will tell you. New Yorkers are known for being quite direct, so don’t take it personally. Be respectful and explain to them why you’re taking photos of them. If someone makes clear they don’t want to be photographed, be nice, and don’t argue. 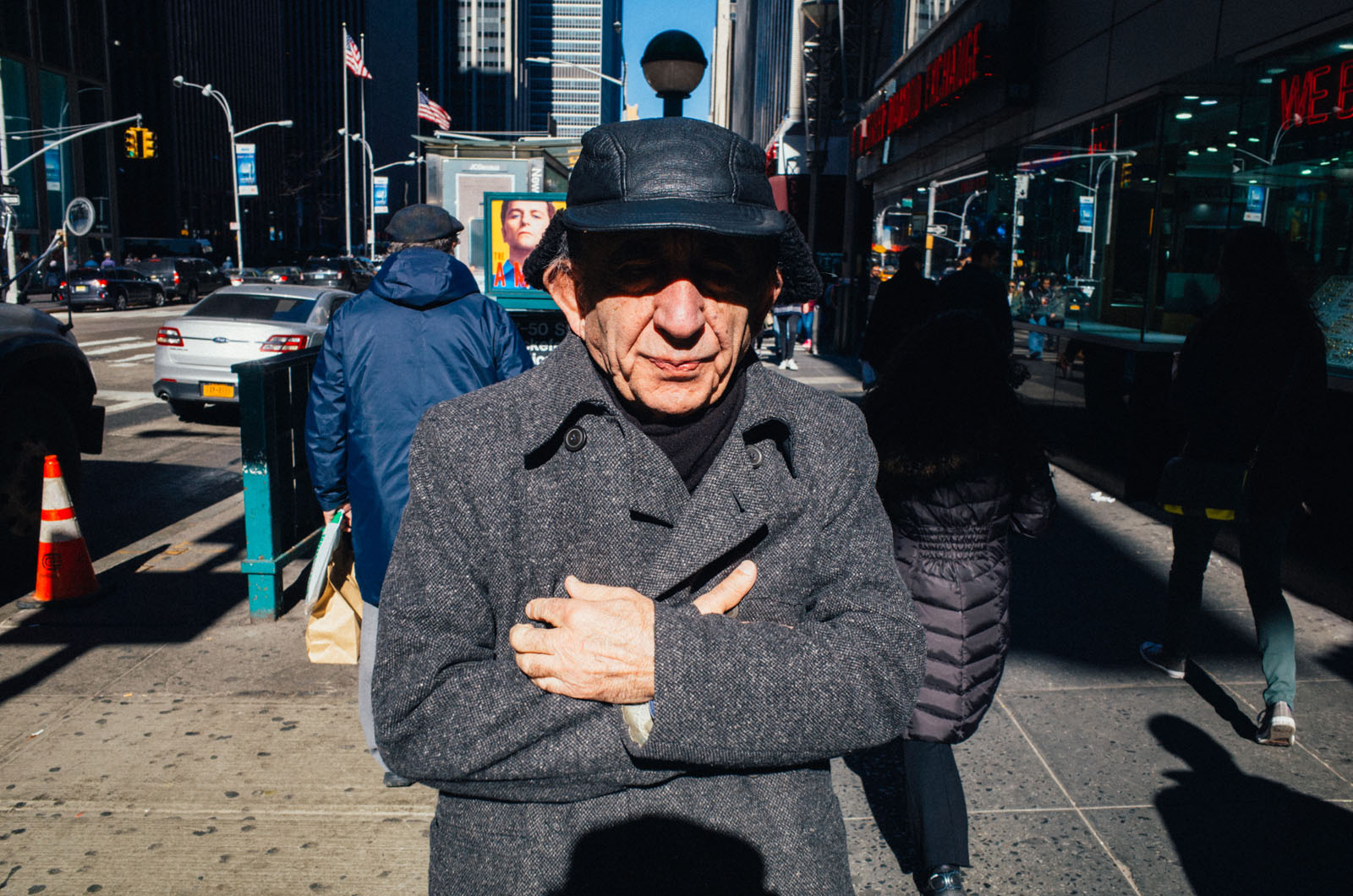 I find that New Yorkers are mostly cool with it and it’s actually often the visitors and tourists who are most suspicious of street photographers. 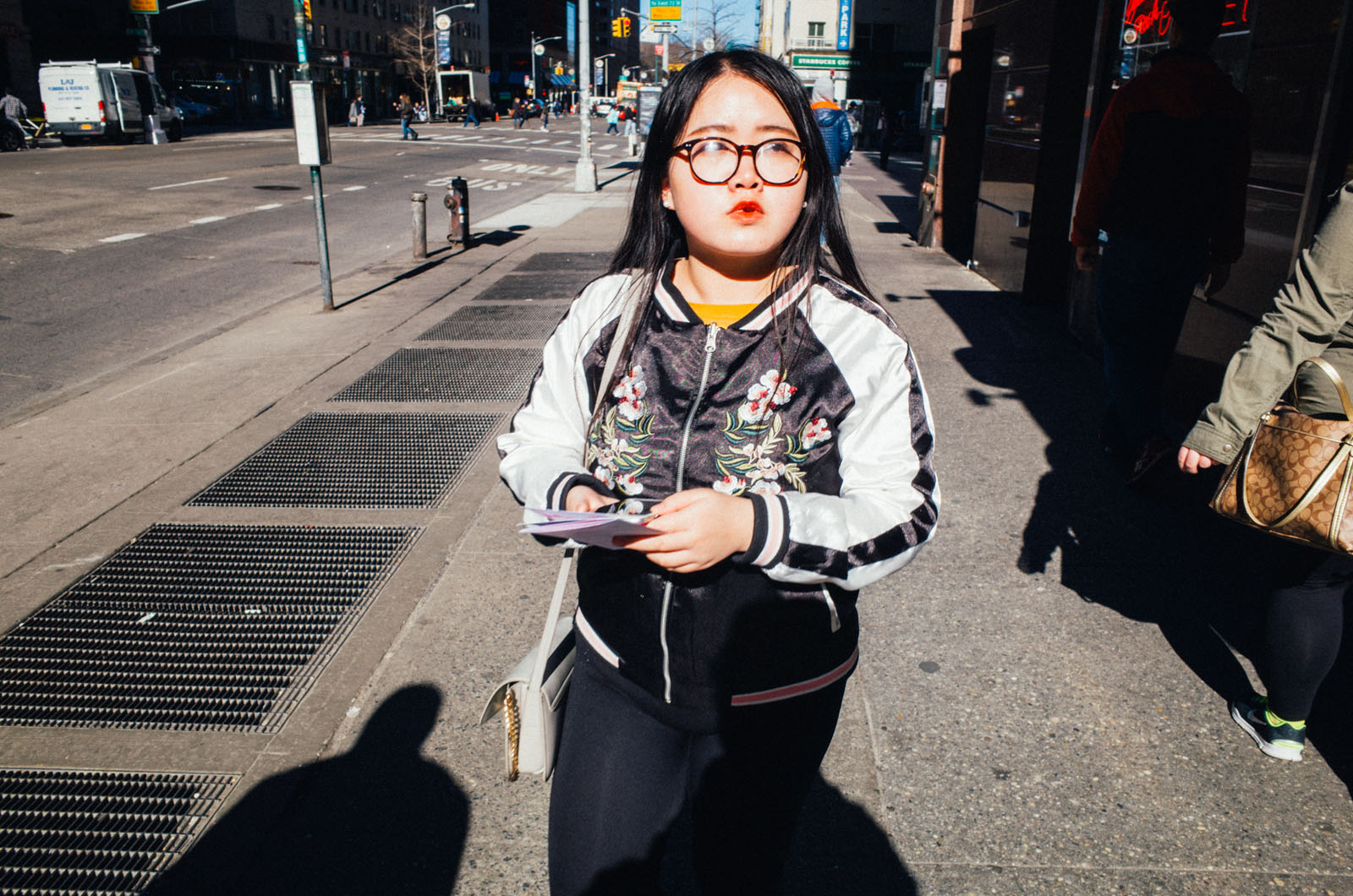 Some of the best places for street photography are probably in Manhattan. The wide avenues in Midtown are buzzing with life, especially during business hours. Times Square can be a bit tacky and touristy, but maybe that’s exactly what you’re looking for. 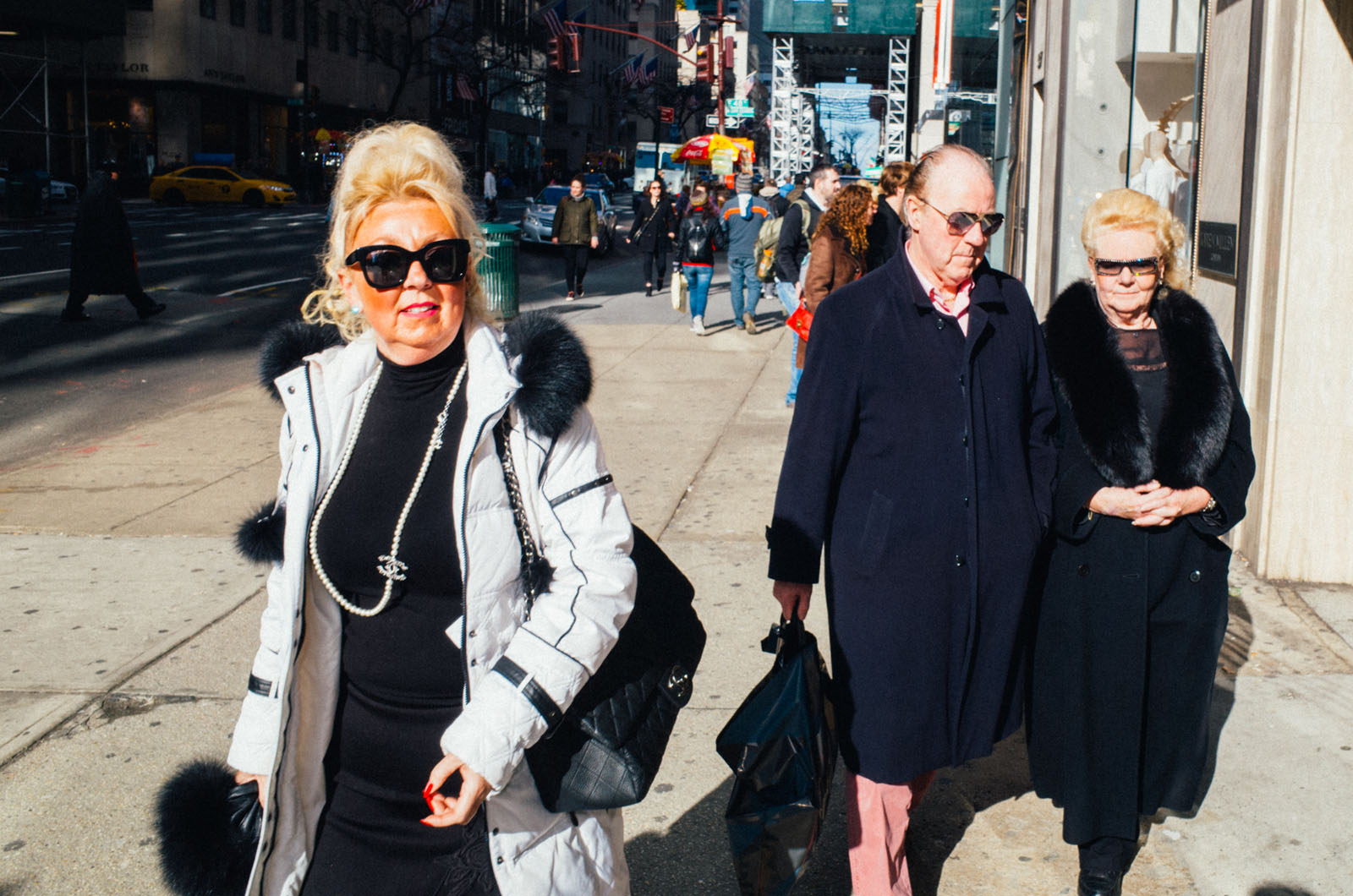 Union Square and Washington Square Park are great places to observe all kinds of characters, especially in summer. But it’s really worth leaving Manhattan behind and exploring the other boroughs. In summer, I spend a lot of time at the beaches in Rockaway and in Coney Island. For me, the mix of people there really is New York in a nutshell and it’s a great pleasure to watch these oftentimes so restless and busy people relax with their families on the weekend. 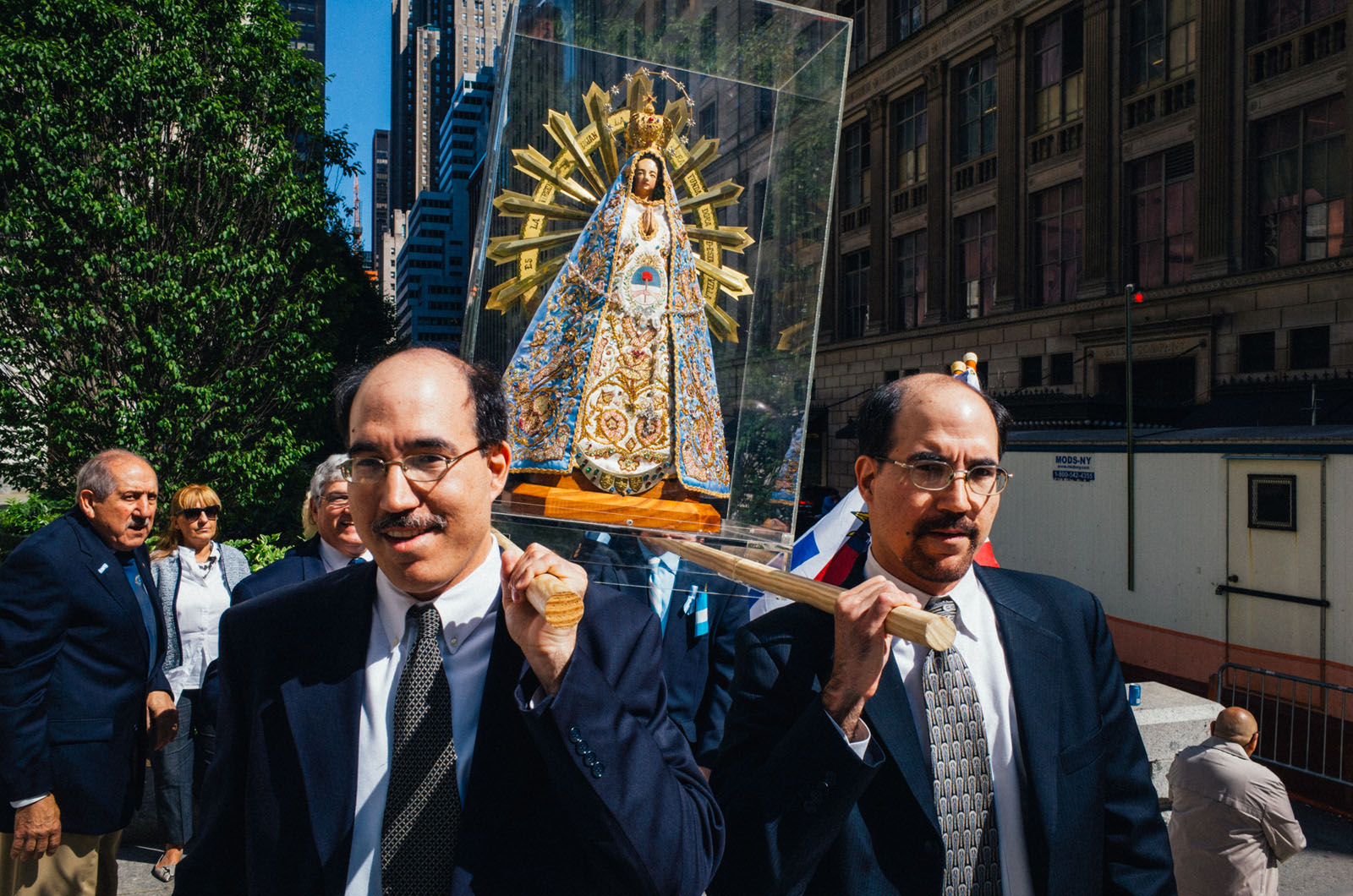 I strongly recommend exploring places off the beaten path. Don’t look for the stereotype or the landmark in your photos. No matter where in the city you shoot: your photos will definitely have that NYC look. 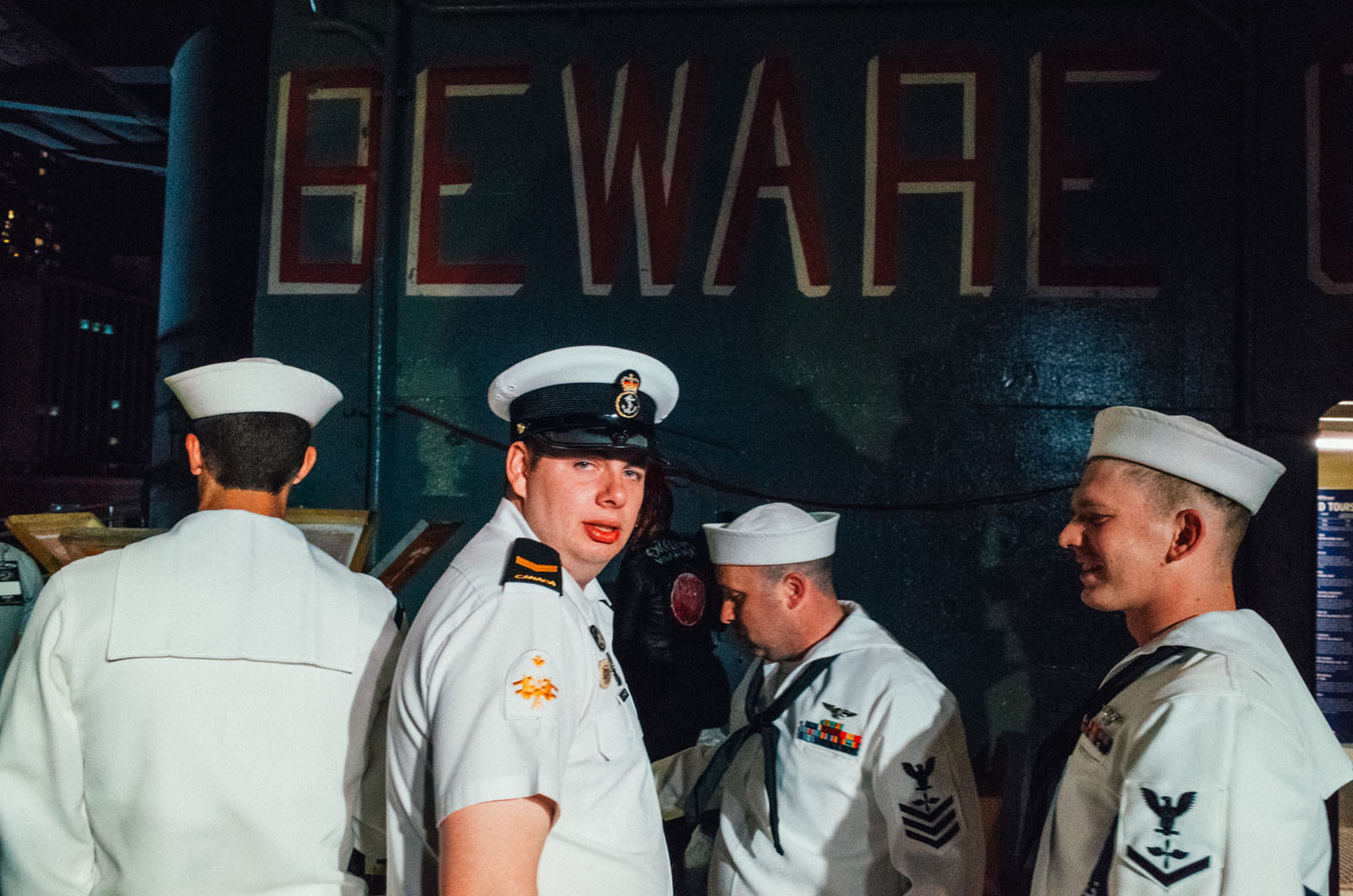