How to Move in Crowds 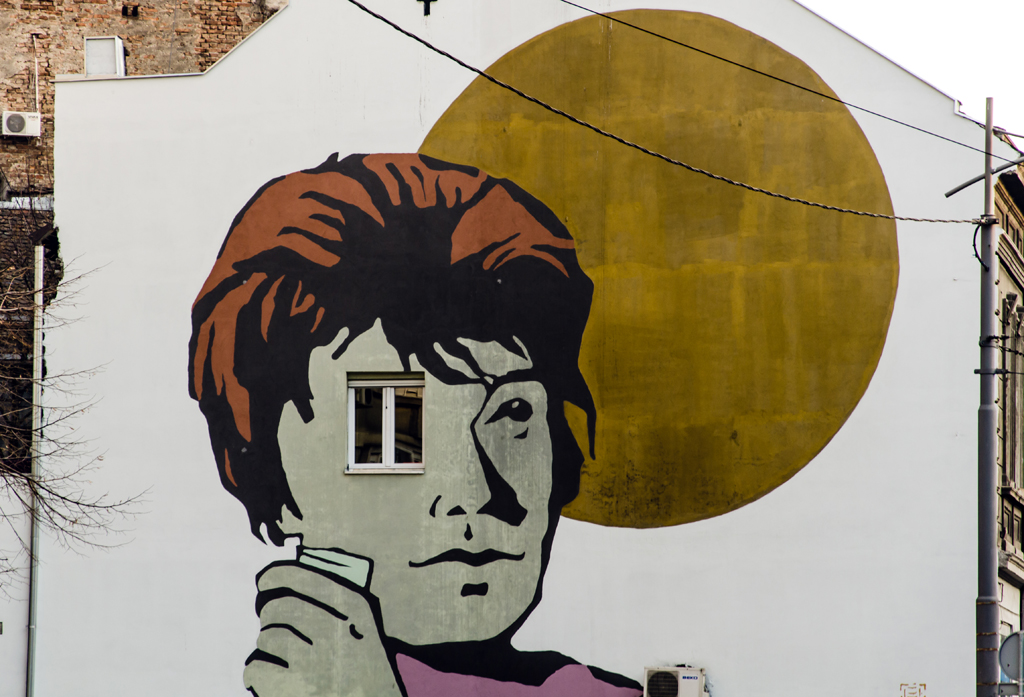 We all like to see good graffiti, don’t we? But what makes graffiti good? Is it all about painting? Is it all about color? Is it all about lines? Sometimes, we simply want to see some kind of message in it. This set, called “Graffiti”, is all about graffiti in my hometown Belgrade. In these photos I tried to give this special form of street art a slightly different shape from the ordinary. I wanted to give those walls some kind of life, and to make them represent who we really are, from good and bad feelings to funny and strange ones. 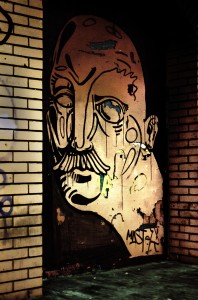 I was always impressed with graffiti in my childhood, but eventually I got into photography. Everywhere I went I saw a lot of great graffiti with great messages, so I got the idea to photograph some of the graffiti that was most important for me and to make a photo story. You will see in this story different types of graffiti and each one has a unique message. Of course, every person sees a different message in every graffito, but it still tells us a story about people, their feelings, what they like and what they don’t like in Belgrade city.

I built this story in about three months. Most of the time, I searched for graffiti before taking photos. The great thing is that this story is never finished, because every day I see something new in my city in new graffiti messages.

Why did you choose to photograph graffiti?

Hmm… In the beginning, I didn’t know that this would become a project, I was just walking around the city and accidentally shot a graffito. After that, I began naturally shooting more and I realized that I have something interesting here.

Graffiti is usually made by people between 15 and 45 years of age. That is one of the most important voices of people in the city, that is how you can hear the real Vox Populi (voice of people), because artists made it with lot of emotions, so I just want to give them respect and help that that VOX POPULI grow louder all around the world.

What problems did you have in making your images and how did you solve them?

I wouldn’t say that I had a problems, anyone can take photos of graffiti, I just try to capture graffiti art the way I see it. I will not take a photo of just any graffit, I try to pay attention to the areas where graffiti is found, after that, I try to compose the area with graffiti in it. 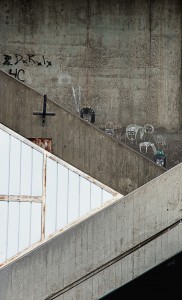 Before, I used a Canon 350D with 50mm 1.8. Now I am using Nikon D7000 with a 18-105mm lens (regular kit lens, when I need something wide) and 35-70 2.8AF D lens, half of these photos are made in low light during the nighttime and then I use ISO1600 or 2000. I made it all in raw and after that I give them just little touch up in Lightroom and Photoshop, with noise reduction and little bit of crop maybe and color corrections. For street photography I don’t use any light flash, I just use lights from the streets at night and during the day I use sunlight as my main light.

What did you learn from the experience of doing this project?

For me, the most interesting part of this project is how regular people react when someone with a camera stays in the middle of the street or on the corner and waits for something to happen there. People are usually confused, and they usually ask, “Why did you take a photo of me?”, so if anyone wants do street photography, than just remember to be polite in every situation.

The main point is that people are very shy these days and they are too afraid to say there problems loudly and directly. They just feel frightened and they continue to do what the system and government tell them to do, they are afraid to do what they want and to enjoy life more. Also, people these days forget to talk to other people face to face instead of using computers, phones etc. 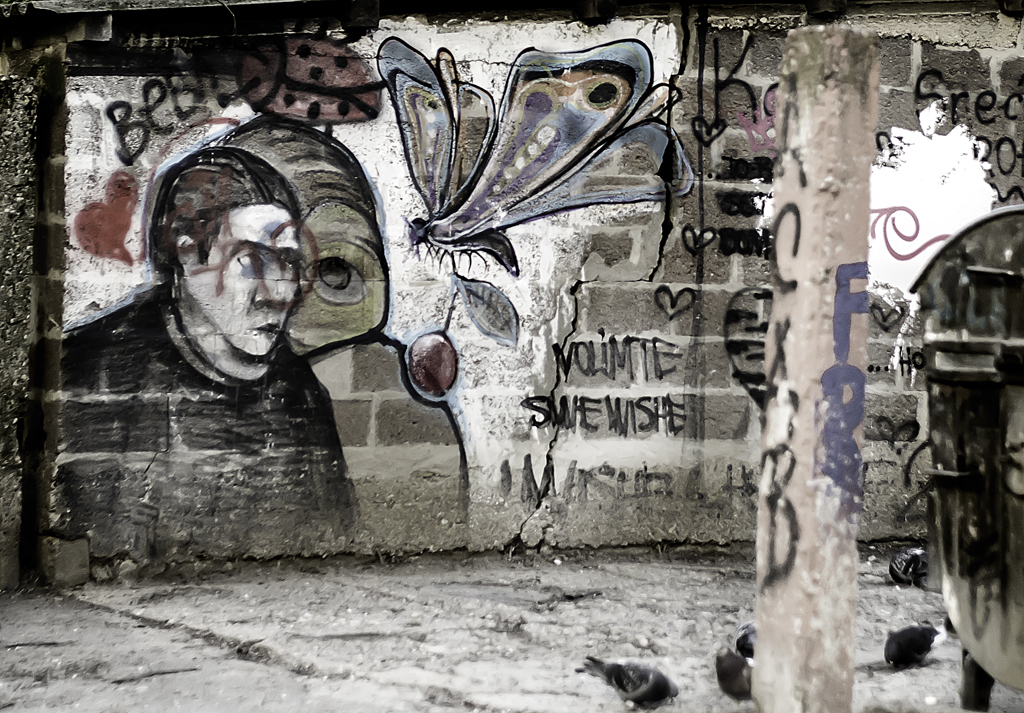 I can’t remember the last time I saw butterflies in a city, cities are concrete jungles and we just forget how important nature is too.

The older population has no choice, they too have to figure out how to survive in today’s cruel world, instead of enjoying life because who knows how many years they have left. That is why I shot an older man in front of this graffiti, which to me, represents chaos.
Our windows can be used as our eyes also, because we need to open them every day to see how our neighborhood is and to breath fresh air, instead of checking sms and emails.

There is no freedom in the city today, there are no hidden places because they are all private parcels now or fenced in buildings, so if you need something to do or just somewhere to chill with friends you can’t do that in the city anymore. You have to go to some expensive cafe or out of the city. 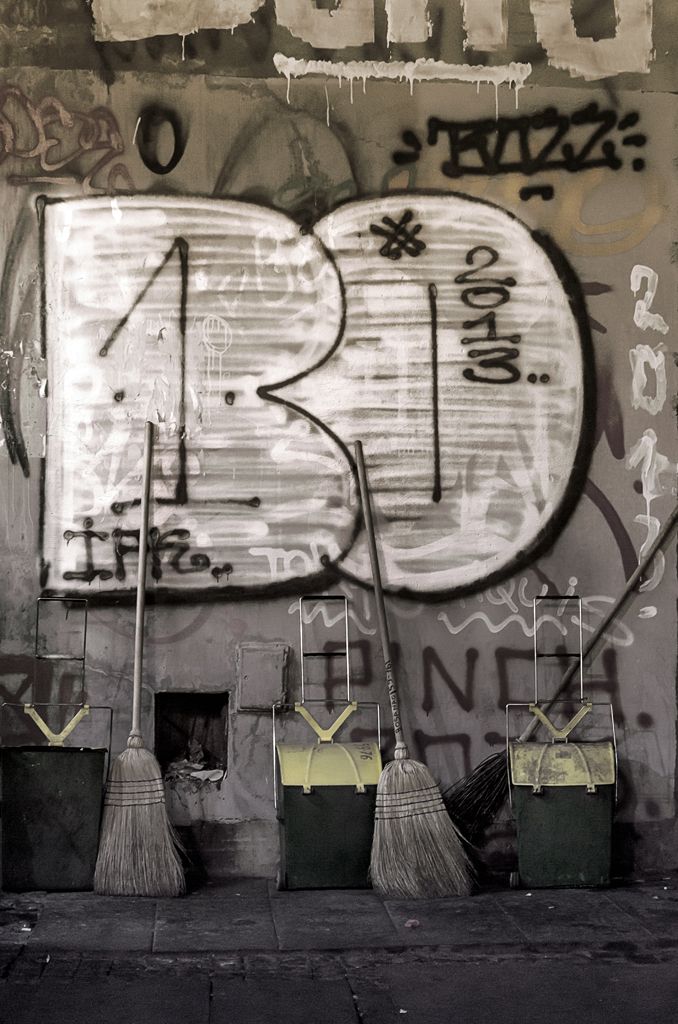 I spotted this graffiti in a corner during the night with a cleaning tool. It just says that our city needs to be cleaner. BG are the letters that stand for Belgrade.