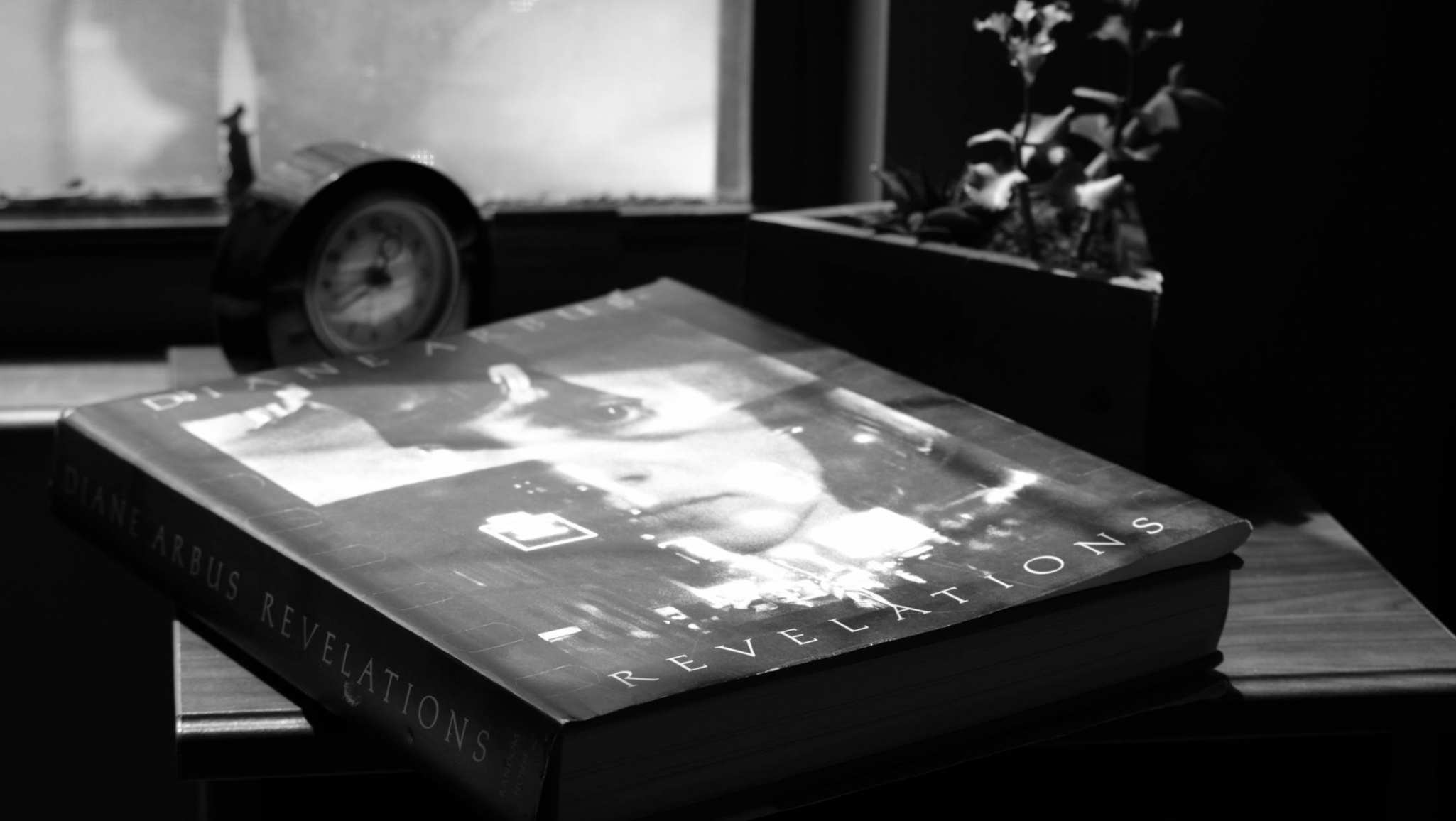 “I was 40 pages in and I paused to reflect on what Revelations already felt like for me.  It was visual and it was words. I felt like I was present to the most immersive and beautiful eulogy. And not because it was particularly beautiful, but because it was so intensely real, raw and unedited. There were photos (of course), Diane’s collage wall, copies of documents, quotes Diane underlined in books she read, even more personal journal entries describing dreams of mystery, loveliness and frustration.

“Maybe it was macabre, but after just those few dozen pages, I decided I hoped someone would make something like this about me after I’m dead – bits and pieces put together just so – so that anyone who took a look would know that I had been both interesting and mundane, that I had been real. They could include things I saw and cherished, images I captured, bits of paper, all the little things that are so ephemeral but, if held on to, can let you into a small corner of the mind of a stranger you never knew but wished you did.”

These were my first impressions of the book, Diane Arbus Revelations just as I scrawled them in a makeshift journal/sketch book.

Here’s what I knew about Diane before I started reading Revelations: The subjects of her photos were fascinating because she herself was fascinated with people who were considered strange and unique, the texture in her photos was absolutely gorgeous and I loved it, and lastly, I knew she took her life when she was 48 years old. It took me several months to navigate my way through Revelations, to really soak everything in, but over that period of time, my viewpoint and perspective about Diane Arbus and her life changed and evolved and eventually all my musings were silenced by a single line written by her daughter, towards the end of the book.

And if the beginning made me wide-eyed with wonder and the ending was sobering enough to silence me, the middle bits were really great fun spent with someone who I found just as interesting as the subjects of her images and utterly quotable, though deep down I think she might hate being considered “quotable.” Never has a book revealed so intimately someone else’s life to me and never has another book taken me on such a factual journey from a person’s childhood to death. It was like any life, some bits exciting and wild, while other moments were boring and normal but I can truthfully say Diane’s experience with photography made me more confident in my own endeavors, be they small in comparison as they are. And this wasn’t the only thing I took from such a detailed account of her life, Diane Arbus taught me many lessons.

Here are a few I hope to hold on to:

Write, Write and Write Some More

Diane wrote a lot. She wrote letters to friends and family, she wrote descriptions for her photos, she wrote plans, goals, dreams, successes and failures in notebooks and journals galore. This endeared her to me, a fellow lover of all things word related.

In fact, it seemed to me that Diane had a real affinity for words, which she often expressed through photos. When she found a word that intrigued her sufficiently, she set out to document it in the physical world, as if to turn the abstract into the concrete – or as I suspect with more confidence – to prove the concrete was always truly abstract, but it had us fooled all along. Words like “eccentrics, winners, ceremonies” inspired projects that she put her heart into exploring.

Diane’s writings were not always particularly organized, well edited or coherent, but they left a record of her work, her projects and her inner workings. To me, this is a vital piece of the puzzle when attempting to produce art, a necessary chore or a real delight depending on who you ask, that (for “wordies” like me) can add so much more depth to a simple image. If a photo is a window into our own inner workings, a few words can open the window that much wider. No need for eloquence, no need for perfect grammar, just an honest account of our feelings, for the record.

Take on All the Projects

It seemed to me Diane always had at least three ongoing projects (paid ones with deadlines even (!) ) and about a dozen other project ideas on the back burner at all times. This inspired me to let my imagination run wild and not be so single-minded. Perhaps because the world was slower in the 60s or perhaps because it was her nature, Diane seemed to spend time just letting interesting concepts take shape in her mind and then she worked hard to find ways to meet just the right characters to fill the roles.

To have ideas, to write down ideas, to explore them, to explore five of them at the same time – some will be dead ends but others could be a source of fascination for years to come – this is another lesson I’ve taken from Diane. And to be resilient on this front. Many of Diane’s works were never published and yet, her appetite for the next project never seemed to diminish.

The Struggle is Real (Don’t Let it Get You Down)

By all counts, Diane Arbus is a big name in street photography and in photography in general. Her work is outstanding (In my opinion, even more so now that I learned about her printing process and how she never dodged or burned any of her images.) and yet, even though she was passionate about photography sometimes to the point of obsession, things didn’t always go as planned, she didn’t always feel motivated or love her own images, she struggled with fear, she struggled with equipment. In letters to friends she laments technical issues, she wishes for a new camera but has trouble learning to use it, she puts her heart into a project only to get turned down, she has financial troubles and can’t sell her prints. She doesn’t always get the grant, she doesn’t always get the prize, heck, she doesn’t always get paid, but sometimes she does.

What did that teach me? It’s totally normal to struggle, to face challenges – art can be hard to create. In fact, Diane’s struggles brought me to the conclusion that sometimes being an artist means dealing with all those issues and more and still showing up in spite of it all, loving what you create because it speaks to you personally.

“When you try very hard to do something by the time you can do it it is easy to do, so effort is maybe a kind of prayer.” – from a letter to friend Marvin Israel, circa November 1960, excerpt from Revelations

Street Photography is About the People

Nothing else is clearer to me about Diane Arbus’ work. Yes, Diane invested much time into getting to know her equipment and the technical aspects of photography and printing, but it was never about that really. It was always about the people. This is something I’ll remember next time I miss a shot or can’t figure out what I need to do to make the images come out just how I want them to. With practice, those things will come on their own. But what will keep me motivated to continue photographing for years to come is a simpler objective, one much closer to my heart than ISO, aperture and shutter speed configurations – to get to know people, strangers, and to see myself in them.

Getting to know Diane Arbus through the pages of Revelations taught me to always write about any project, to take on as many projects as my imagination allows me to and to tackle them with as much heart as I can, to keep going, nevermind the struggles, and to focus on the people, to be fascinated by them.

Diane’s story came to a sad end, at an unexpected time in my opinion, although perhaps it wasn’t so unexpected for those she loved – it’s hard to say. But her images live on, as does the beautiful chronology of a life called Revelations, a work put together for an important reason,  one that made me silence my outward musings and find contentment in the lessons Diane’s life had taught me along the way. Diane’s daughter Doon revealed it this way:

“This book, by integrating her photographs and her words with a chronology that amounts to a kind of autobiography [signals a change] of strategy, and a willingness to embrace the paradox: that this surfeit of information and opinion would finally render the scrim of words invisible so that anyone encountering the photographs could meet them in the eloquence of their silence.”