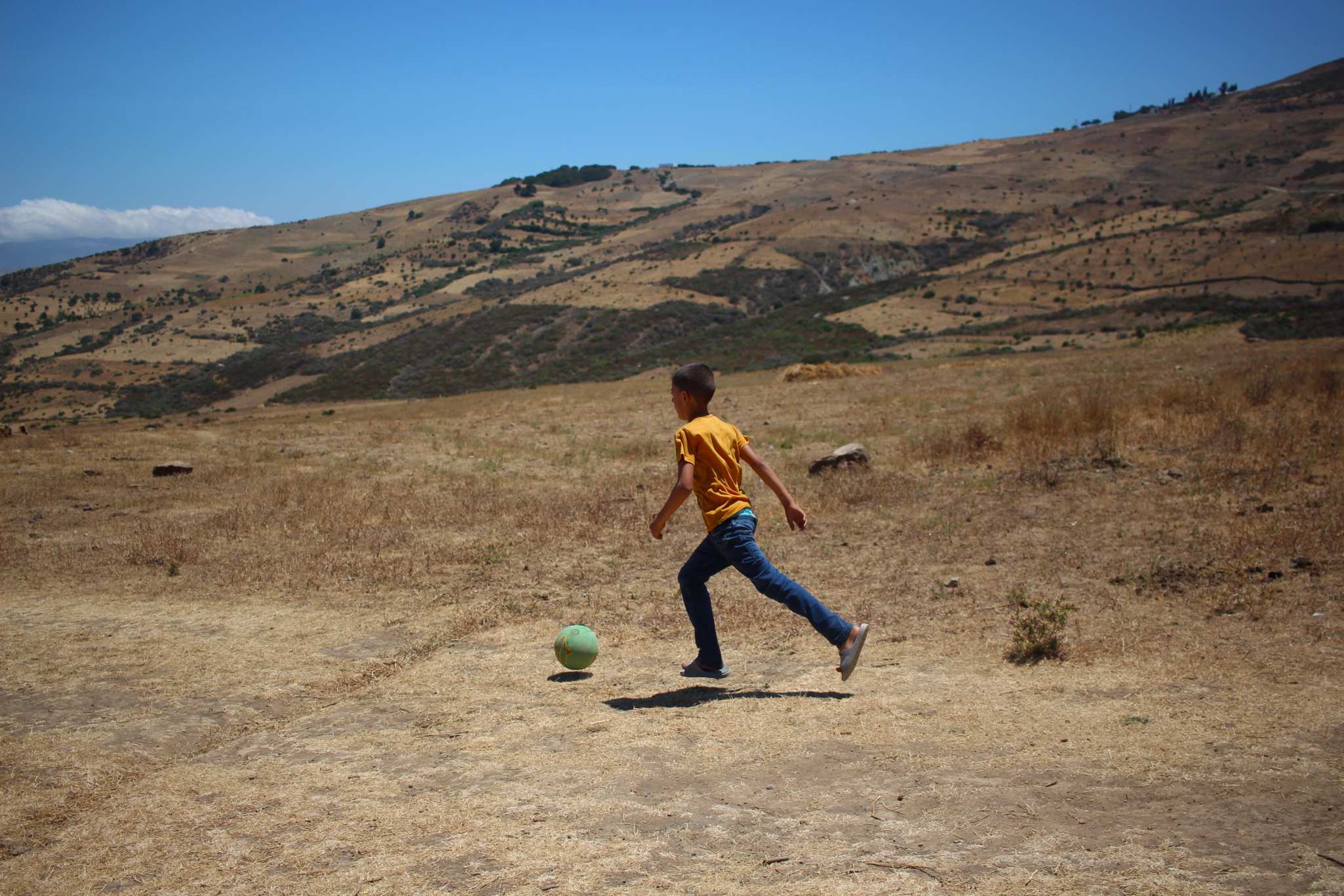 Due to my Andalusian origin, Muslim culture has had a deep impact on the construction of my identity. From 711 to 1492, Muslims spread throughout the iberic peninsula, leaving behind a diverse biological and cultural heritage to the future Spanish society. From my own experience, vestiges of Muslim culture are to be found in Spanish cuisine, architecture, music, and even our own language.

In July 2022, I was invited to Tetouan by a Moroccan friend of mine called Adil. Visiting his hometown left a deep impression on me – despite there being linguistic/cultural barriers, part of me identified with the bustling city, its humble people, and their heartwarming latin hospitality.

Early this month, people were getting ready for the Eid al-Adha (Holiday of the Sacrifice), the second and biggest of the two main holidays celebrated in Islam. The event has deep origins, as it honors the willingness of Ibrahim (Abraham) to sacrifice his son Ismail (Ishmael) as an act of obedience to Allah’s command. According to the Quran, before Ibrahim could make the sacrifice, Allah intervened and provided him with a lamb which he was supposed to kill instead.

To commemorate this divine intervention, animals are ritually sacrificed – this ritual, which happens during Eid al-Adha, is known as Qurban. There are stipulations for the animals being offered: they can be sheep, goats, lambs, cows, bulls or camels. The animals must also be healthy, free from disease, cannot be blind or one-eyed, missing parts of their tails or ears – ultimately, they must be sacrificed in accordance with the dhabihah Islamic standards and practices.

Fortunately my friend Adil had the idea of showing me the ‘Souk el Gourna’, a marketplace located in a sandy field where Muslim men traded all sorts of animals for the occasion. On our way there, we saw a lot of lambs being carried around, some by a rope around their necks, others with their front legs tied together in order to restrict their movement – many could be found loaded in containers.

This was the moment where I felt more at ease, and began capturing the surroundings with my camera – one could see that the animals were calm and oblivious to what was to come the very next day, the Day of the Sacrifice. Our group of friends, together with Adil, took the initiative to buy one male lamb in the market for 2000 dirhams (equivalent to 200 euros/dollars) as a gift to Adil’s family.

Soon after we traveled to stay at Adil’s grandparents’ house for two days, a humble house which was located in Ain Lahcen (Aín Mulalzén), a municipality in the west of Tetouan. During my stay there, I was welcomed by his family as if I was a member, despite being an european outsider. However, due to strict Muslim tradition, I was bound to be treated differently from my male counterparts – for example, the fact that I was the only woman travelling with a group of men could easily be frowned upon, which is why we agreed that I would play the sister to one of my travelling male friends. We suspect they did not believe us, nevertheless they were still very welcoming.

Finally, the day of the festivity, Eid al-Adha, had arrived. During the morning hours when the sun is rising, muslims wake up and pray for twenty minutes, before having their breakfast. Adil’s aunt and grandmother headed together to the stable, and took out one lamb from the sheepfold to the head of the family, Adil’s grandfather, who is traditionally meant to carry out the Sacrifice (Qurban). This was the time when I took the opportunity to document the sacrifice through photographs.

According to Islam, one animal must not witness another animal being slaughtered, in order to cause the least distress possible. As they had two lambs to sacrifice, they first started with one, then moved on to the other one. Given the resistance the second lamb was putting, it was likely aware of what had happened to the previous lamb, as the blood and organ stench were still lingering in the surrounding area. Once the lamb was pinned to the ground, it could not offer resistance, and it is clear through the picture how helpless the lamb was before the situation. His four legs were tied together with a rope and, as the Dhabihah method prescribes, its head was placed facing Mecca.

Adil’s uncle was holding the lamb’s breast and tied legs, while his father immobilized the head, holding it from the chin to the neck. Then, he made a swift, deep incision to the throat with a one swipe of a sharp and non-serrated blade, cutting the main veins and arteries, while calling upon the name of Allah (Bismillah). While blood was draining, the animal was not handled until he had died.

After that, they made a little cut in one of the legs so the uncle could blow air and separate the skin from the organs more easily. They made an incision from the butt to the tail, and started to remove the skin beginning with the legs, while half of the limbs were cut off. Once the carcass was hanging from a tree branch, the head and rest of the skin were removed, and organs were carefully separated from the body, washed and stored in tubs. Lungs were blown and the intestines were braided.

When they finished removing the organs, Adil’s grandmother and aunt prepared and cooked the meat, separating it into different parts. One portion was to be shared amongst the family, the second was for relatives and friends, and the third was to be given to the disadvantaged.

Once seated at the table, we drank some green tea and waited for the food to be served. The uncle and grandfather had cleaned themselves by now, and were dressed up in their best clothes. When the fried liver was served as the first dish, they made a prayer on behalf of Allah. I had an interesting experience with the food – although the taste was amazing, I was not used to the texture, and could not help but think about how the lambs we were consuming had been alive minutes before.

After finishing the first dishes, while Adil’s aunt was cleaning the dishes, Adil’s family started preparing another dish called ‘smalahove’, a traditional dish made from a sheep’s head. The skin of the head was torched, scraped and washed, the brain removed, and the head was salted, smoked, and dried.

While I contemplated the heads being burned, I could not help but feel sickened by the banality of the situation. During the process of the sacrifice down to the dismemberment and cooking of the meat, I had developed more empathy with these animals than ever, as opposed to the times I had gone to the supermarket to buy packaged meat. There was a link between us, and this made me question what was better for these animals as well – to live a life of comfort in a field with fresh air, or to be locked in large-scale farms, separated from their mothers and pumped with steroids before meeting their fate.

From an outsider, the practice of Qurban may appear macabre, yet everywhere in the world the act of butchering an animal for its meat is the norm. In the context of this ceremony, the slaughtering of two lambs in the name of Allah is nothing but a display of respect for religious beliefs that date back centuries, together with a myriad of other ways in which Muslims uphold tradition.

On my last day, I went outside for a walk, only to find Adil’s uncle gathering the flock in a vast field, still wearing his ceremonial clothes. As I saw the little sheeps following him in glee, I wondered if these lambs were being groomed and cared for in order to take part in the next sacrifice.