It was a real pleasure speaking with Eduard Francés a few weeks before we published this issue of the magazine. After just a few minutes of speaking with Eduard, I couldn’t help but feel as if I had called him up just to catch up with an old friend. Looking back on our conversation, I count it a real privilege to have gotten to know a little more about this talented photographer. Eduard is extremely knowledgeable about street photography and photography in general, and he is more than willing to share his point of view and some solid advice each of us would do well to consider.

Eduard’s interest in photography began in 1987 when he was struck by the work of Ansel Adams. However, it wasn’t until a year or so later that Eduard began documenting life on the streets around him. His interest in street photography seems to have progressed naturally. Eduard mentioned that he began to notice a trend in his photos shortly after he began shooting, a common theme, that of people in their natural environments, carrying out their daily activities. With this revelation, his interest in and admiration of photographers like Henri Cartier-Bresson and Robert Capa began to grow.

The many years of street shooting that followed resulted in many “stolen” images from a wide variety of people and places, featuring completely candid moments in time. Take this image for example, 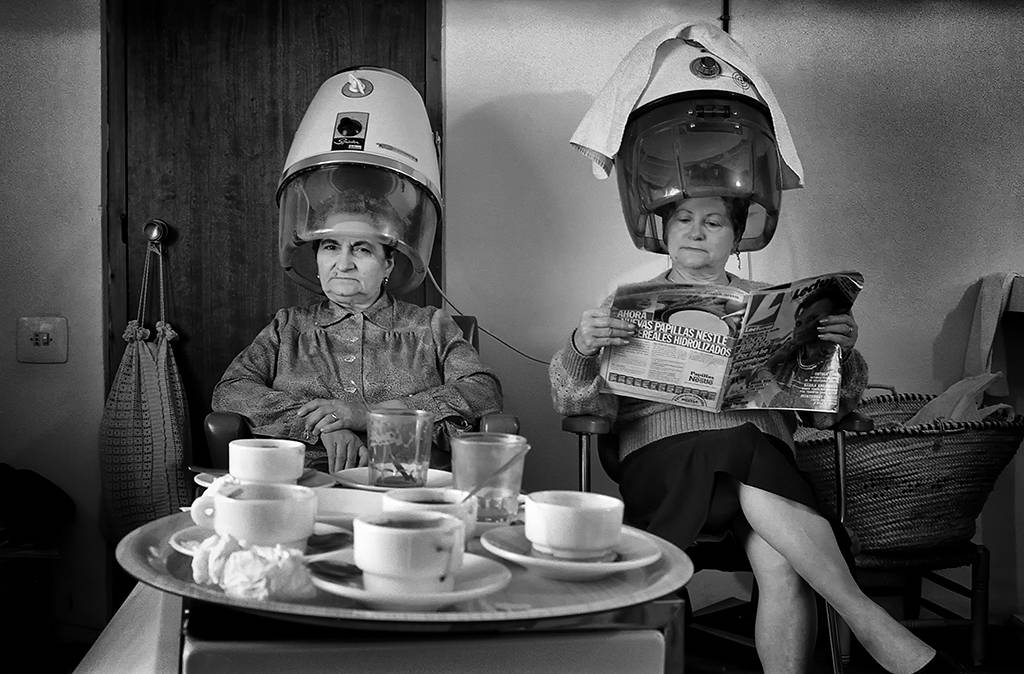 I asked Eduard if this was a candid image or if the woman in the photo knew he was shooting her. He replied that all of his images are completely candid. This, in his opinion, is the only way to take compelling and historically accurate street photographs. He said he was simply walking down the street, saw this scene through the open window of a beauty salon, and took a few shots, resulting in this honest perspective of life at the peluqueria. Eduard took this shot in 1988.

Another shot of Eduard’s that I found beautiful and a little perplexing was this one: 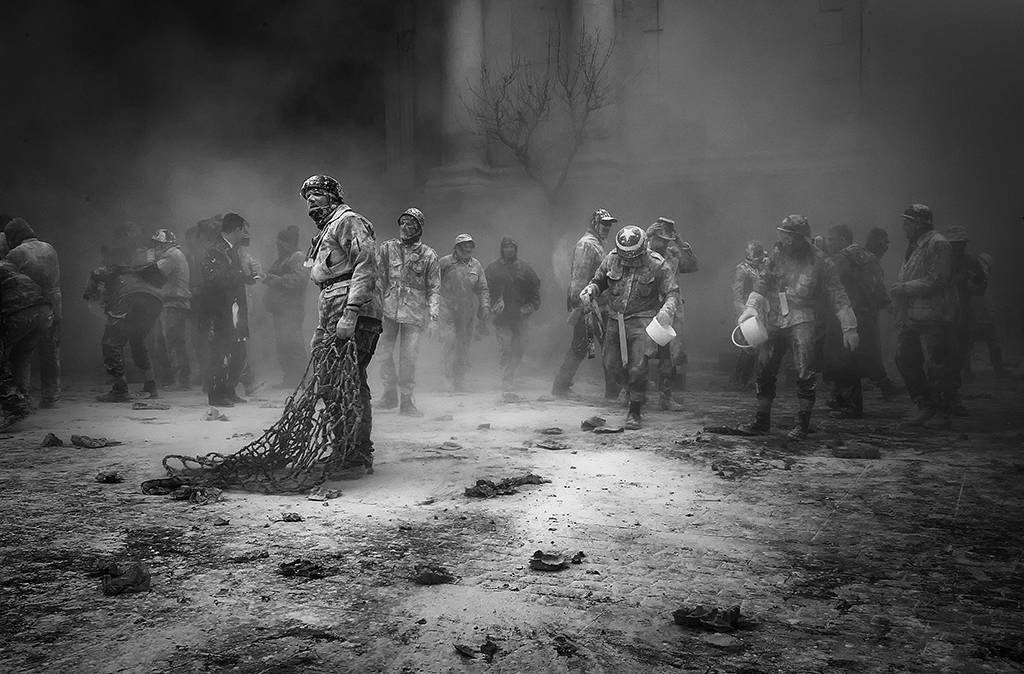 I asked Eduard to tell me a little more about this scene. He explained that this is a photo taken in Xàtiva, Valencia. Once a year, the entire town divides into two opposing sides and has a war of sorts, in which the arms of choice are eggs and flour. Whichever group wins the war gains control of the town for the day, setting up their own laws and punishing any infringing parties. This particular day, Eduard explains that he wrapped up his camera to protect it from any flying food products and ventured out on the street, returning home with this stunning image.

Eduard isn’t just courageous when it comes to hitting the street during city wide food fights. His whole technique as a street photographer is one that requires courage. Take this image, for example: 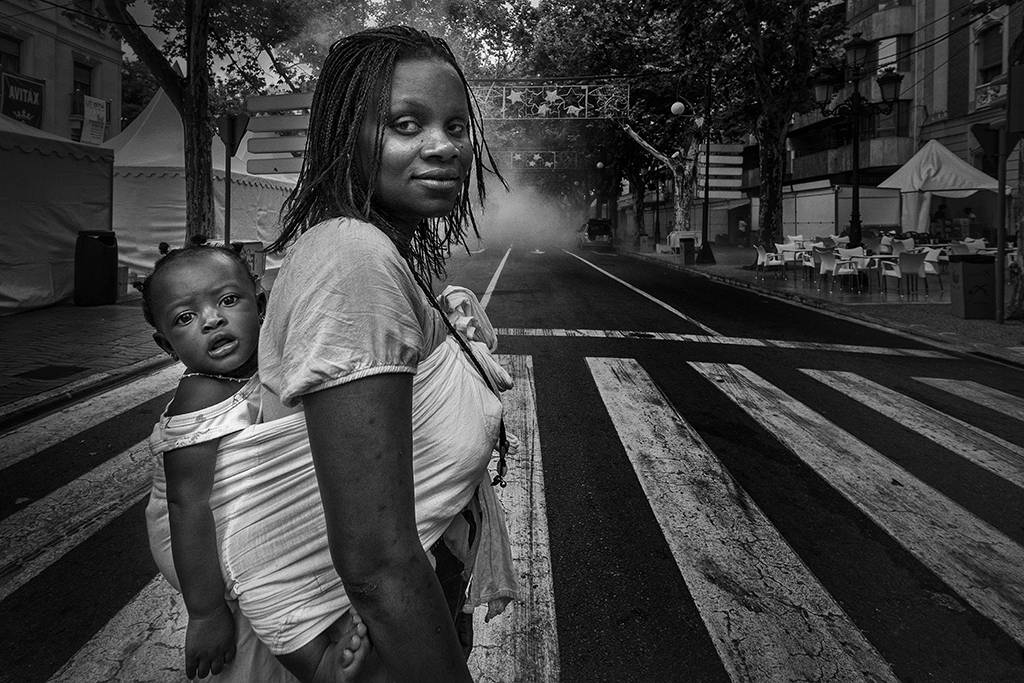 It may appear posed, but it isn’t. How does Eduard get up close to his subjects and capture them without ever asking for permission? He confessed that when he sees an image he wants to capture, he simply walks up, as close as he feels is necessary, and shoots without warning the subject. Then quickly leaves the area. This approach gets him revealing perspectives of people in their daily environments but it is not without risks. Eduard explained that in Spain, people are less open to being photographed than in other developing countries. Especially without permission. He told me about a few times where he had confrontations with angry subjects. How did he deal with these tense situations? By getting out of there, quick. Courageous? I think so. And I would venture to add noble, since his reason for taking this approach is to create unadulterated, true to life images that carry historical value for future generations. But this isn’t the only way Eduard adds value to his work.

Eduard began shooting street photography in black and white on film. Today, he continues to shoot only black and white and, while he is not opposed to shooting digital now, it seemed to me that film is his first, and truest, love.

Eduard sees the value in understanding how a camera works, in getting to know the science of photography before you hit the street. Personally, Eduard never uses digital post processing. Instead, he remarked that he knows the functions of his camera and uses them accordingly to achieve the right composition and lighting. The only editing he does after shooting happens in the darkroom where he reveals his photos.

We spoke about the disadvantages of the digital age, where anyone with a camera in hand can shoot a thousand photos a day and upload them all to any social network, even if they lack any artistic value at all. While this can have a negative impact on street photography as an art, Eduard explained that there are things serious street photographers can do to increase the value of their own work, thereby improving the value of street photography for everyone involved. For example, Eduard stated that if we want an image to become something of value, if we want it to truly be a work of art, we must reveal the image and destroy the film or digital file. This will mean there is only one original, no copies. In this day and age, with such emphasis on creating a backup of all our work, this could be hard to do. Still, Eduard’s point is a valid one.

Eduard also had some great advice for fellow street photographers, especially beginners. In fact, his words are words I plan to take to heart myself. Eduard said to anyone new to street photography, his first piece of advice would be to learn photography. Learn how a camera works. Learn how to achieve the right lighting for harsh light, soft light, dusk, dawn, and nighttime shooting. Although learning the technicalities of a camera might seem dull to those of us who are more inclined to creativity and art, this is a vital step. Secondly, be observant, and not just when you are on the street. View the work of photographers you admire and learn from it. Get inspired. Wise words indeed.

A Selection of GUEST’s Photos 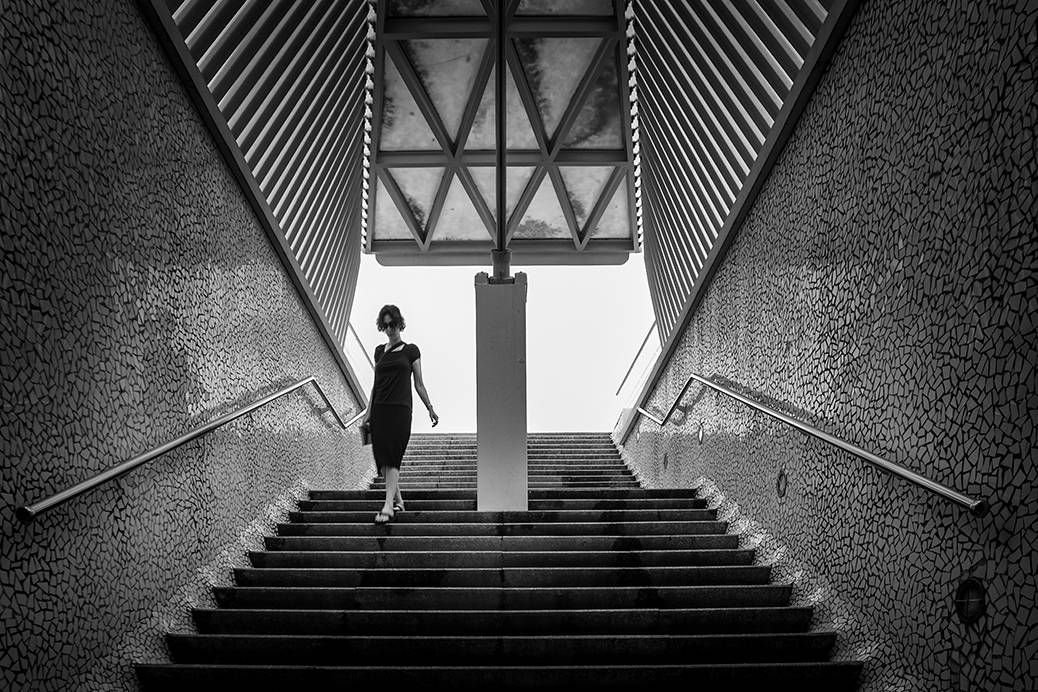 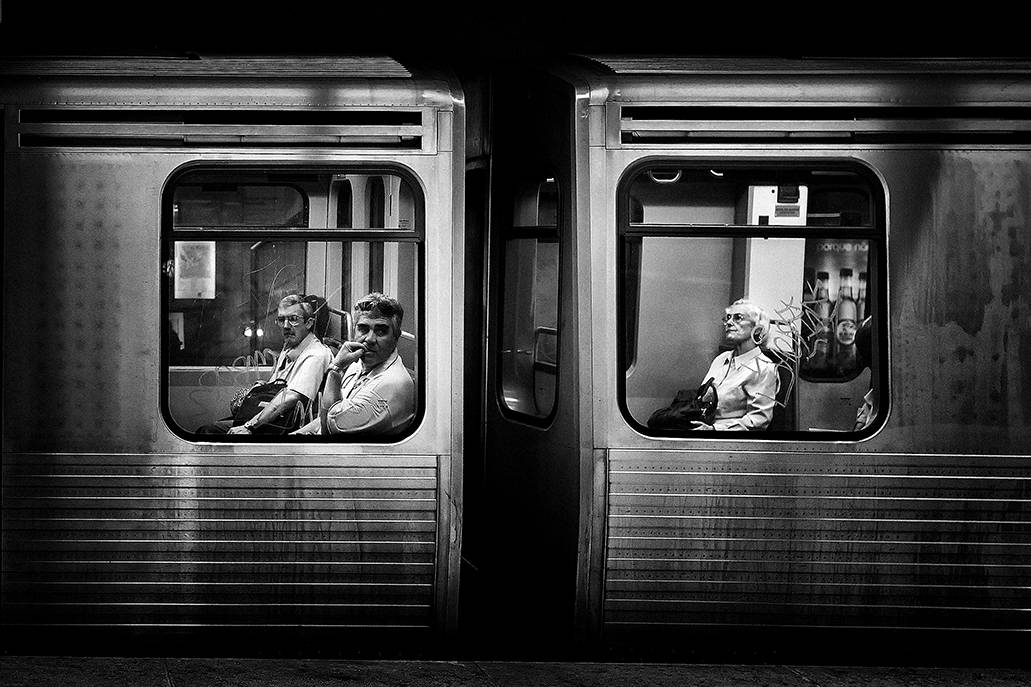 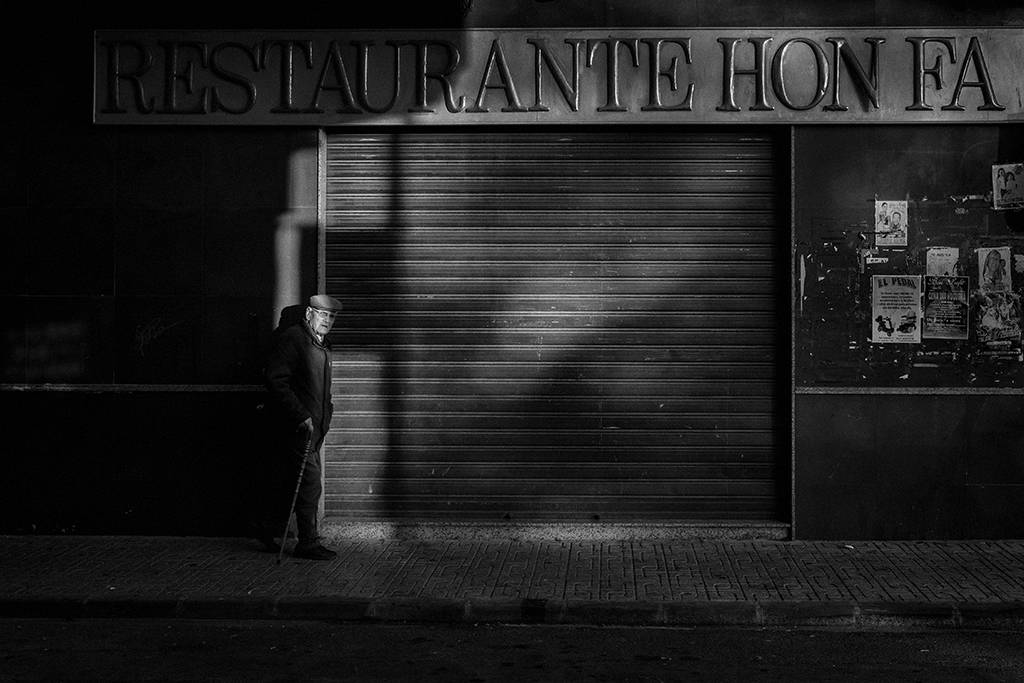 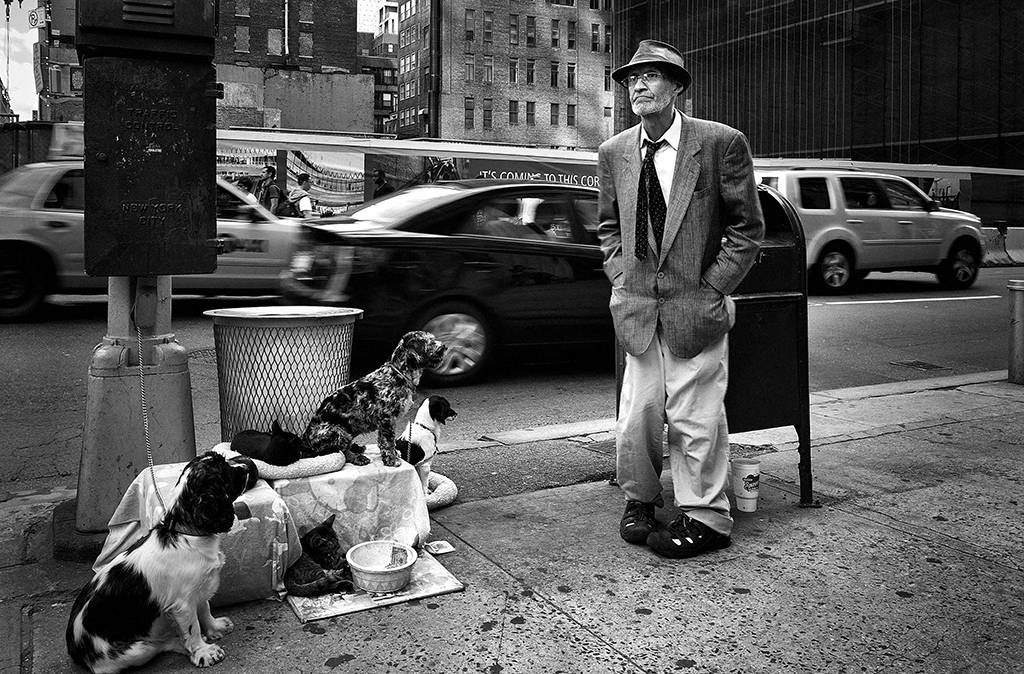 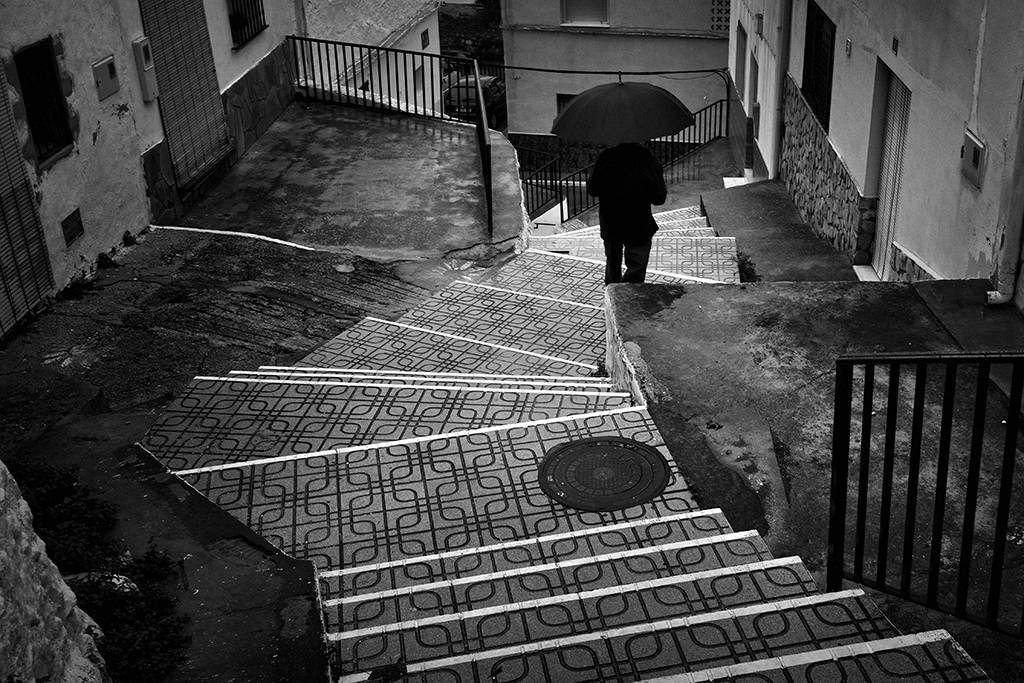 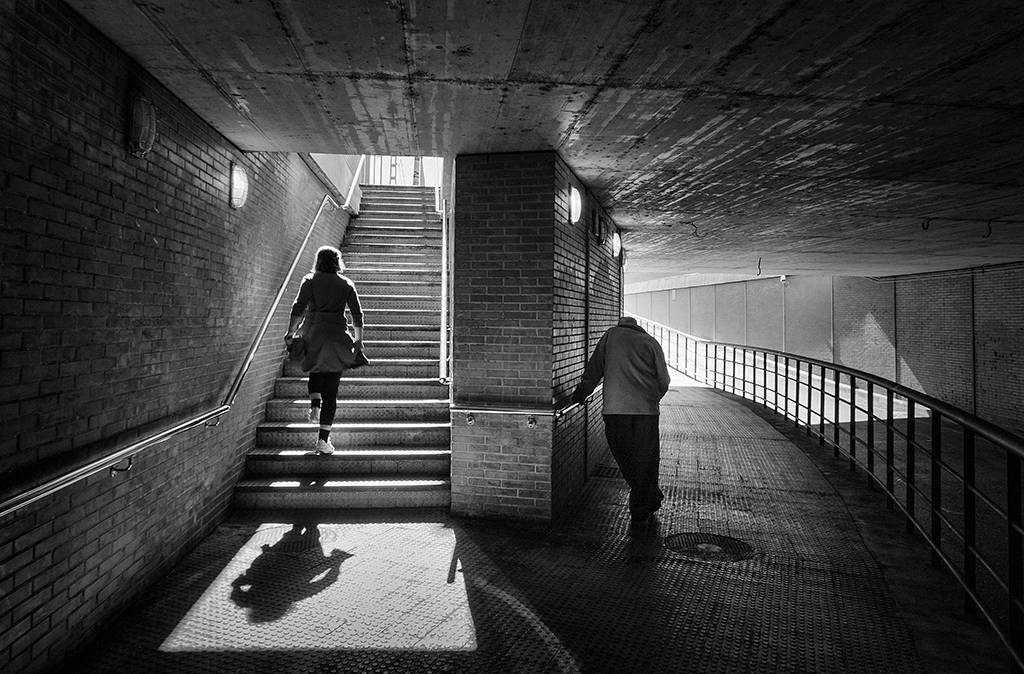 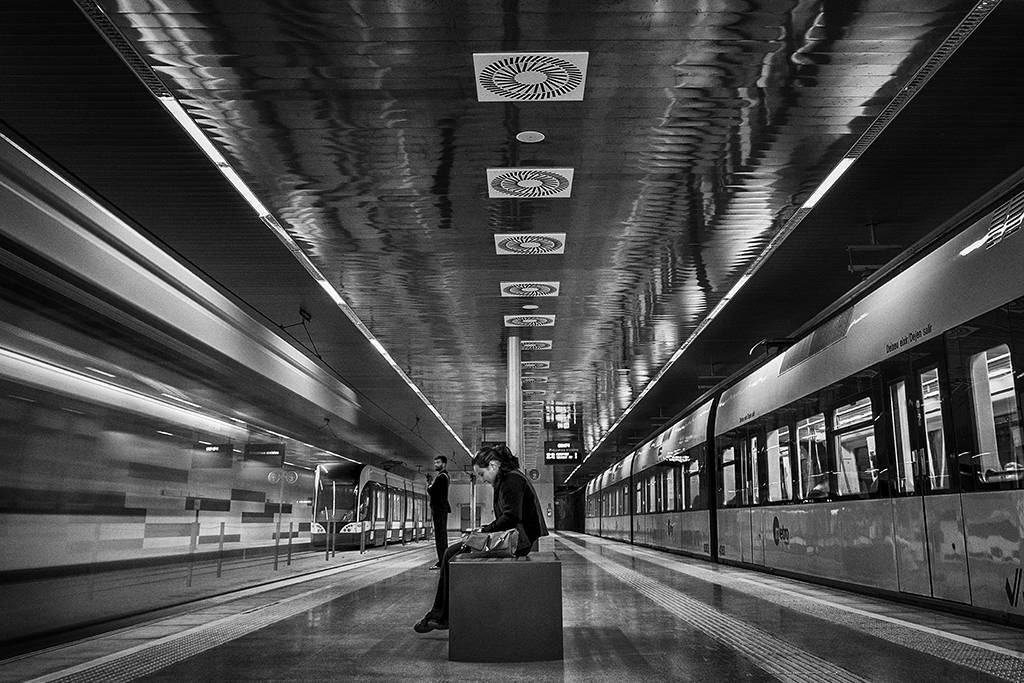 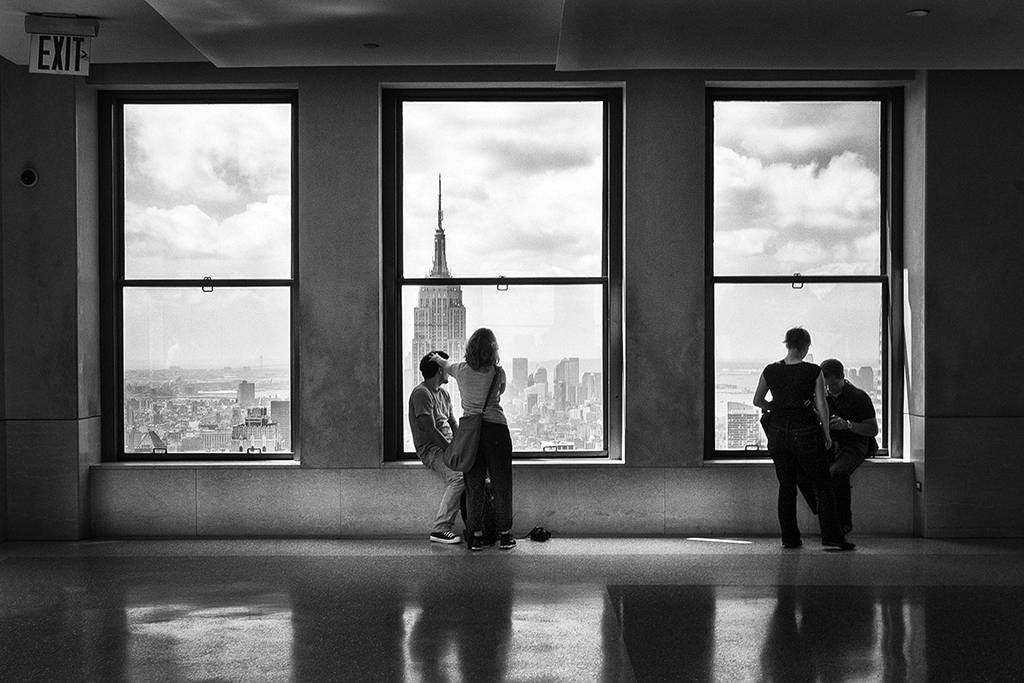 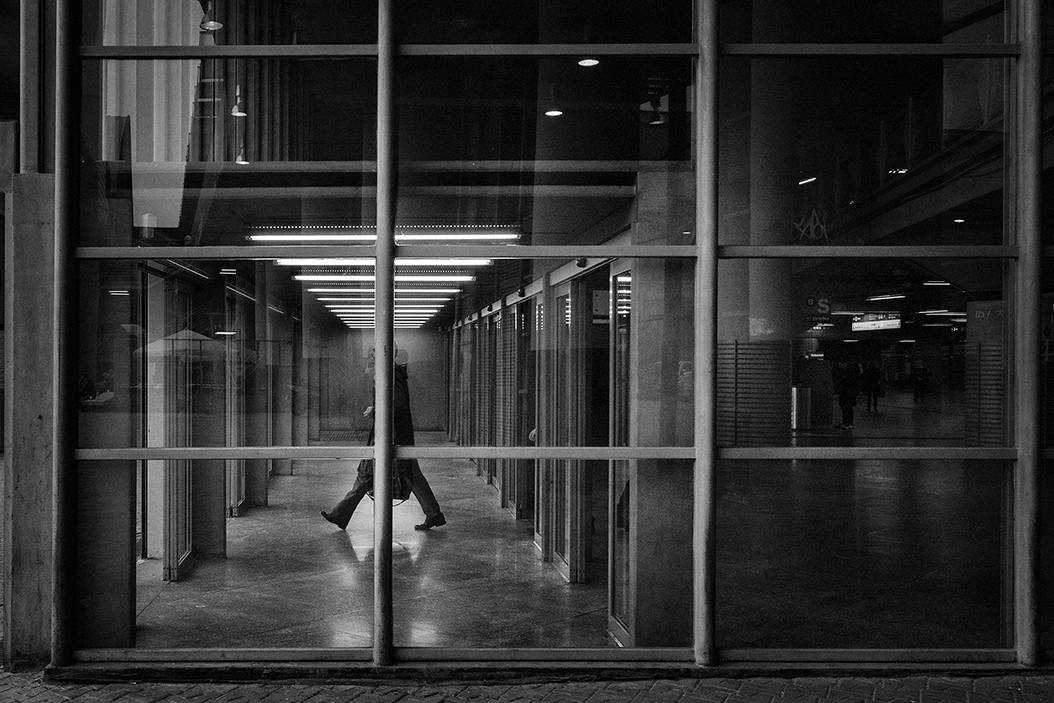 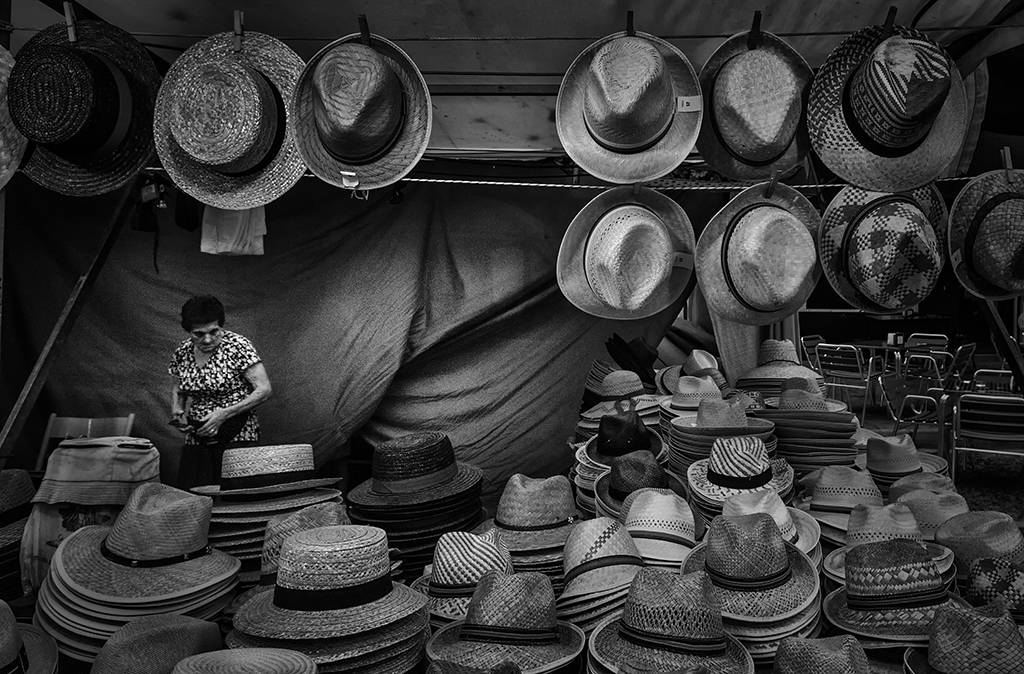 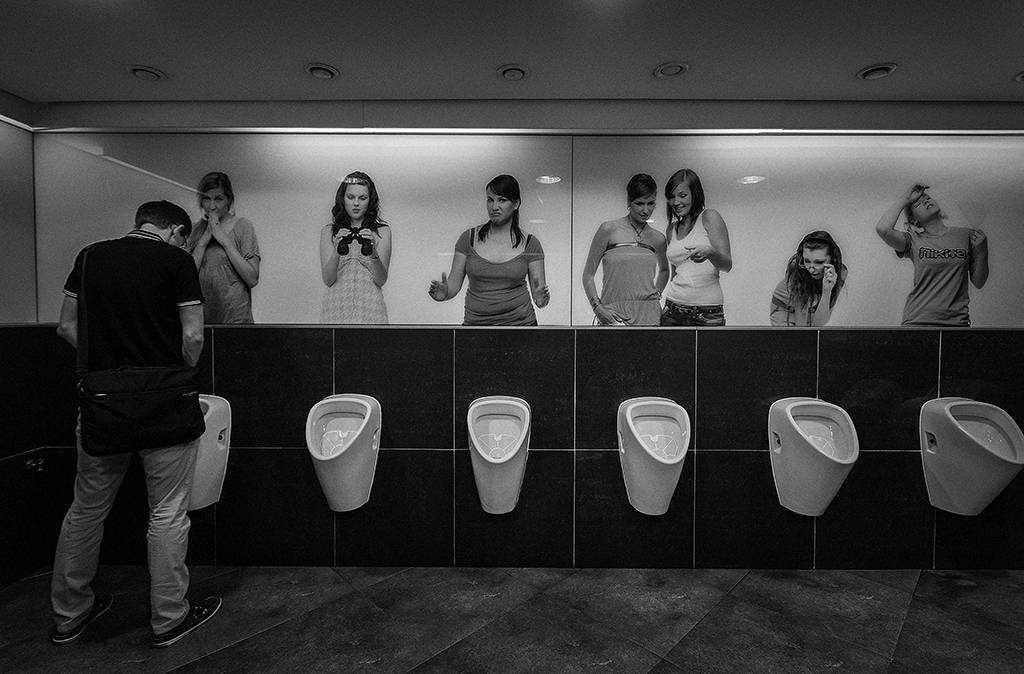