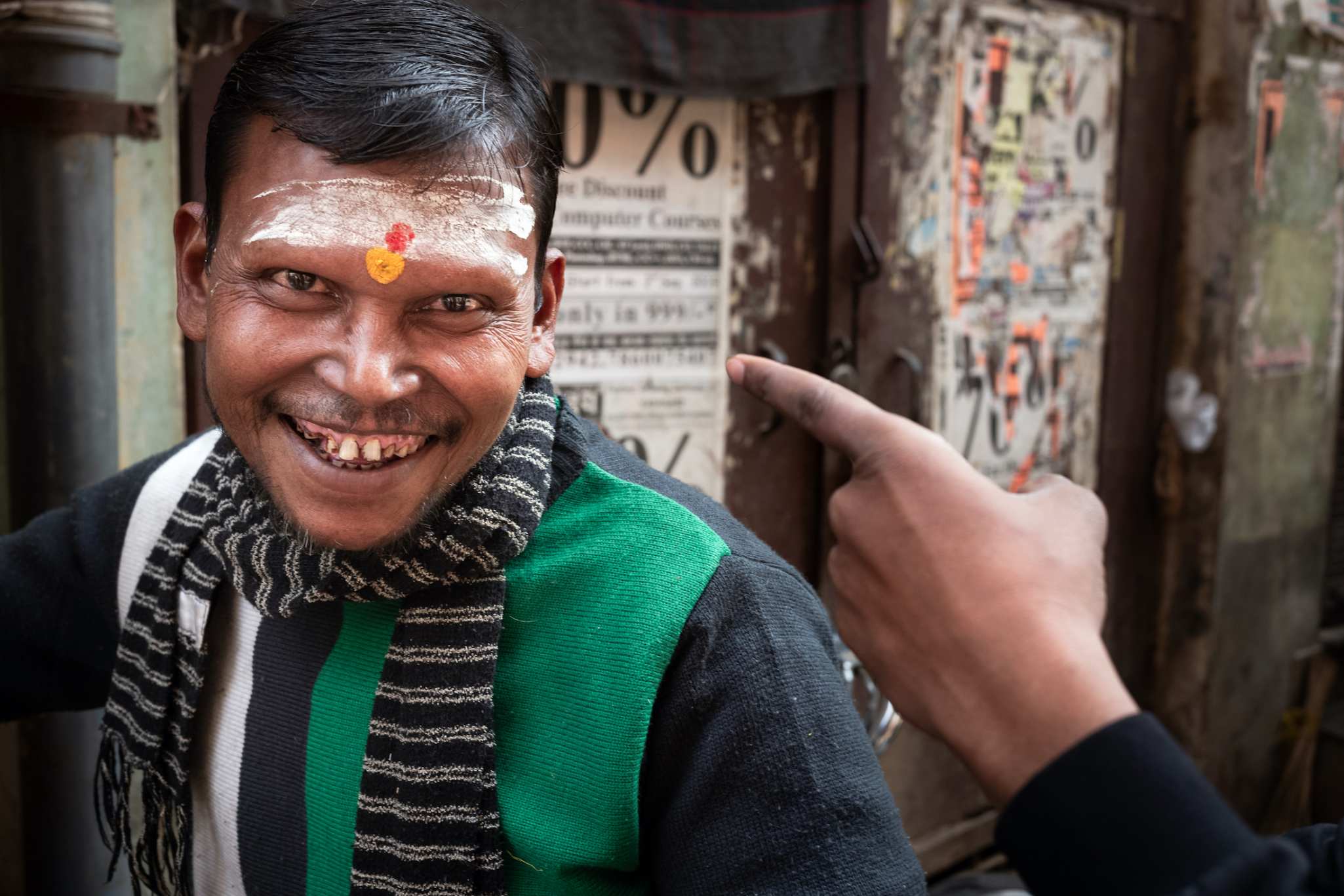 Do you work hard to make your street photos perfect? I hope not, because pursuit of the good can prevent you from being great. Street photography has a long history of flouting conventional wisdom on what constitutes a “perfect” photo. You could even say that street photography evolved in opposition to the stylized gloss of mid-20th century photojournalism. Photographers who were once derided as iconoclasts stand today as giants of street shooting, largely because they let go of received ideas about how their photos “should” look to embrace a more personal standard.

Take, for example, Garry Winogrand’s signature tilted frames. Can’t the man hold his camera straight? There’s Lee Friedlander, always getting his own shadow in the picture,

or blocking the view with an obstruction. Didn’t he read the manual? And my goodness, Robert Frank. As Popular Photography originally said of The Americans, “blur, grain, muddy exposures, drunken horizons and general sloppiness.” Can someone help this poor fellow find a job in insurance?

In Street Photography and the Poetic Image, Alex Webb warns, “street photography is 99.9 percent about failure.” This is not an endeavor for those who seek perfection, or even believe in it. To succeed, you need tenacity and a high tolerance for risk. Push the envelope, because if you don’t, if you play it safe and follow the rules (who wrote those rules, anyway?) your photos will never exceed a well-crafted status quo.

“pursuit of the good can prevent you from being great.”

Years ago I briefly dated an aspiring photographer. At dinner one evening he said he wanted to show me some of his photos to see what I thought. After a nice meal we went to his place and I sat expectantly on the couch while he rummaged through a closet. After a longish wait accompanied by lots of banging and crashing sounds, he emerged, swaying a bit under the weight of a two-foot-high stack of matted prints. I tried to smile pleasantly and not look astonished. He deposited the stack on the floor and soon it was obvious we would be discussing each and every one of them. He was a nature photographer who admired Ansel Adams, not a street photographer. But the thing about his pictures, and why the story comes to mind in this context, is that the stack was so tall because he made many, many photos of the same thing. There’d be a flower by a mountain stream. He’d shoot it, then move an inch to the left, click. Step back six inches, click. And on it went. “Which one do you like best?” I replied honestly, “It’s really hard to say.”

He was deeply committed to making a “perfect” picture, but the pursuit of perfection meant he wasn’t seeing the forest for the trees. Concerns about composition, “rules,” and how Ansel Adams might have handled it overwhelmed authentic aesthetic responses. Don’t be that guy.

Beyond removing distractions, if toning down the quest for perfection means trying something new, being more experimental, or simply being more open to failure then you’re sure to learn from the process. If you learn from an experience, it’s not a total loss even if the outcome is different from what you expected. it’s okay to stumble – especially in the digital world, when the only cost of failure is a few megabytes on a memory card.

Here are some of my imperfect photos, and what I learned from them.

Sometimes the unexpected happens. I planned to photograph this pilgrim’s new tilak. Suddenly his friend stuck a hand in the frame; the picture completely changed. What do you think – is it better? When serendipity intervenes, go with it. I could have waited and resumed making the “perfect” picture I had in mind. By staying in the moment I think I got a better shot.

I was taking a street portrait of this boy when, in the background, a man wandered into the frame. Again I decided to go with the new opportunity, reframe, and play with the contrast in scale.

Blurred images are the scourge of the perfectionist. Some photographers spend tens of thousands of dollars on exotic lenses that guarantee absolute sharpness without a scintilla of distortion, corner to corner. But life isn’t like that. I was standing on the corner when this fellow came whizzing by. He was maybe 3 feet away – no time to crank up the shutter speed, only enough space to pan slightly. So yes, the image is blurry. But he was in motion. Is this picture is more true to life than a freeze frame?

Here’s another motion picture, shot from a moving train. It was early morning, not enough light to stop down to maximize depth of field or increase shutter speed to minimize motion blur. The result is a photo where foreground elements are blurred, while those farther from the lens are sharper. How-to books don’t recommend doing it this way, but seeing the result, I believe the contrast in sharpness contributes to an expressionist feel that heightens the picture’s emotional impact.

You might not immediately guess, but I shot this in the evening, when it was almost dark. I was out later than planned and didn’t have a flash, so my lens was wide open at f2, I was hand-holding at 1/30th of a second, and ISO was an imperfectly hefty 12500. By all expectations the results shouldn’t have been usable. But I like the gesture, smile, and colors. Just those elements tell a story of a woman and her cattle that might or might not be enhanced if everything was in sharp focus. Even if a situation seems impossible, give it a shot! Even if the outcome isn’t perfect, it might surprise you.

A perfect picture needs a level horizon, right? Or not. Here’s a situation where I opted to align the frame with the subject instead. Does the 45-degree tilt bother you? As the creator I get to write the rules!

For this shot of migrant workers in Shanghai, just as I snapped the shutter the person at the apex of my compositional triangle turned their head and closed their eyes, yielding a different image from what I had in mind. We’ve all heard since childhood that it “ruins” a picture if someone’s eyes are closed. Do you agree?

Here’s another photo where my inner perfectionist wanted to throw in the towel. Movement, big dynamic contrast, subject in the dark. No question, the boys in the bumper car are grainier and less distinct that I’d like. Maybe in the future I’ll keep my flash on hand for shots like this. Nevertheless, I’m not displeased, even if it’s not what I ideally envisioned.

In conclusion, if your photos are perfect you may not be trying hard enough – or taking enough risks. No pain, no gain. Where are the visible signs of learning, growing, trial and error? Yes, it’s the wins that you want to share on social media, but unless each win was preceded by (to use Alex Webb’s ratio) 999 failures, are you really raising the bar? Ironically, it’s only when you fully embrace the imperfect, and the learning and self-awareness you gain in the process, that your photos approach perfection.