It is often easy to recognize the pictures of great street photographers such as HCB, Winogrand, Kertész or Moryiama. Yet you might ask yourself, why is it so? It is probably because they all had a distinctive style and their pictures were taken with a consistent approach and technique.

It does probably take a long time to come to a style, and the beginner photographer often gets lost in the large variety of subjects, techniques and equipment available in this vast discipline. Even some long term photographers have a difficulty to appraise what defines their style, and some simply do not feel the need to have one. Obviously, there is no need to have only one style and stick to it throughout your existence. Different styles might apply to the different types of photography and it will evolve with the phases of one’s life.

Nevertheless, I do think that building a style and working on it is important for street photographers. It will help you create a body of work that corresponds to your vision of the world and make it become distinctive. Indeed, imagine how wonderful if you heard someone say “This is a Dupont shot” while reviewing a selection of pictures where one of yours would be included.

Yet coming back to reality, the first step is evidently to define what makes up a style. The points below should help you identify whether you already have one, or give you some hints on how to create one.

When hitting the street for the first times, it is obviously tempting to start shooting any kind of scenes that unfolds under our eyes. Dogs, bikes, grandmothers, lovers, waiters…everything is a good subject for a picture as it is the nature of street photography. Yet when you look at some of the master’s work, you’ll actually notice that they often had a few recurring themes : Winogrand’s women, Saul Leiter’s reflections, Boubat’s kids or Erwitt’s dogs are well known examples. Evidently, these photographers shot a lot of different themes during their life, nevertheless they all did focus on a few of them at a given point.

So ask yourself what are the subjects/scenes that you especially like to shoot and try to put a bit more focus on it for some time. They might be very simple or kind of odd, but we all have some preferences in what we shoot while in the street. In my Paris years, I always paid special attention to people wearing hats and women dressed in red. Also any scene which had a feel of mystery would grab my attention. I do not really know why it was so but my eyes would immediately lock on these subjects as they appeared. (and if you do have a psychological explanation for it, do not hesitate to let me know).

The shots below show that even currently in Madrid, some of my Parisian themes remain. 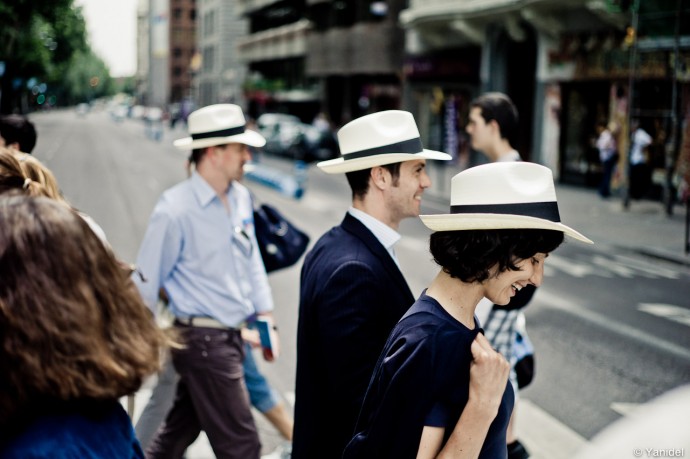 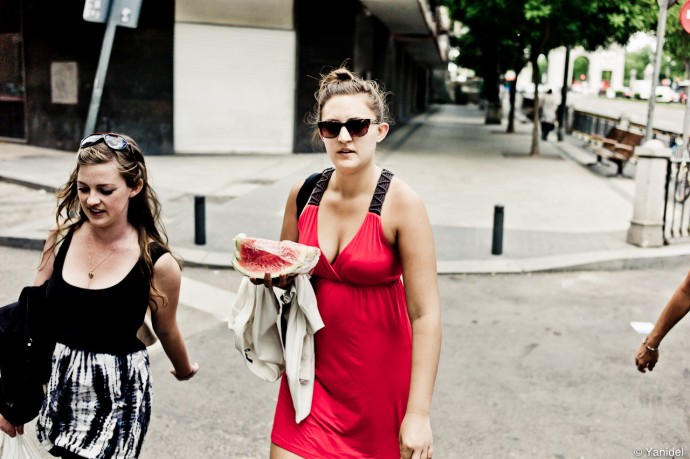 Be it the film you elect or the post-processing you apply to your pictures, it makes up an important part of your style. And I’d say it is probably the point where most photographers have a difficult time in applying a consistent approach. Digital made it very easy to change a picture aspect in a few seconds. One moment, a given shot is in colors and the next one it is in B&W. All of that to sometimes finally end up as Polaroid-like image. It is therefore very tempting to experiment and apply all kinds of different looks to our pictures. While experimentation is good, I think it is equally important for a photographer to stick to one or a few processing routines. It can evidently evolve with time, but choose a look you like and build a body of work with it for some time. Also think that some of the best photographers shot a whole career with a film type and used the services of the same lab for every shot they took. There was a good reason behind that, they knew it was a distinctive element of their style of photography.

The shots below illustrated how my processing evolved during the last three years). Yet at the same type, it kept some of its main characteristics. (desaturation, high contrast, thin depth of field) 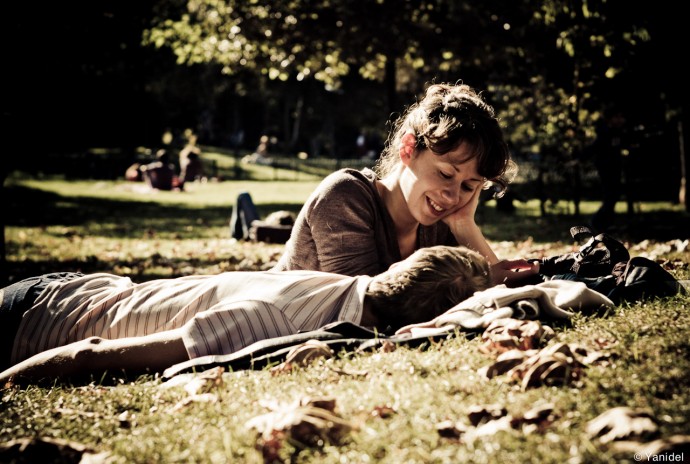 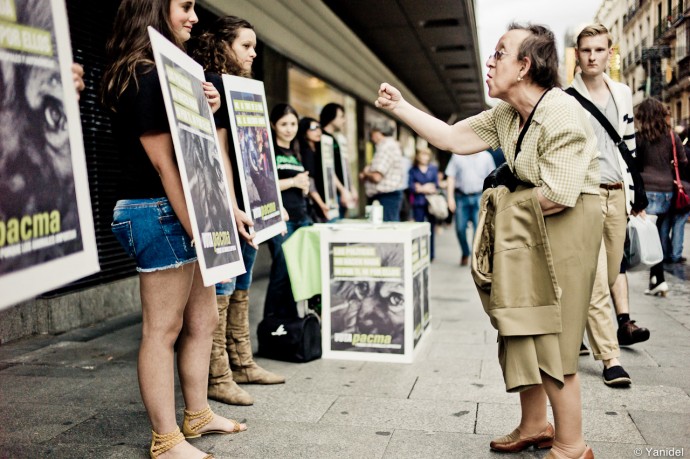 Whether you use a 21mm or a 50mm lens will have a huge impact on the look of your pictures. Indeed, the distortion, compression and depth of field will vary a lot depending on the focal you select. It will also determine the amount of information you will include in a scene, as wider focals usually allow for more elements to be included in the frame. Some of the best photographers used a single focal length throughout their career, ie Winogrand’s 28mm or HCB’s 50mm, and it became a distinctive feature of their style. Meanwhile if you use a zoom or several prime lenses, your shots will be spread among the range of focal length. It doesn’t mean you’ll take worse pictures, yet the corresponding field of views won’t be a characteristic of your style.

The camera you use will also impact your style, since the rendering of a large format camera will differ substantially from a Point & Shoot camera. The use of flash might also be a characteristic of your style, as well as a perference for very fast lenses (ie, F1.4 and faster)

In the pictures below, note the impact of the focal length on field of view and distortion between a 28mm and 50mm lens. 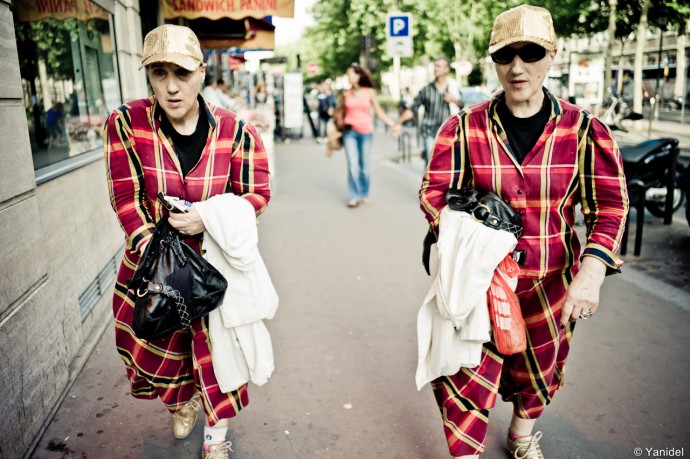 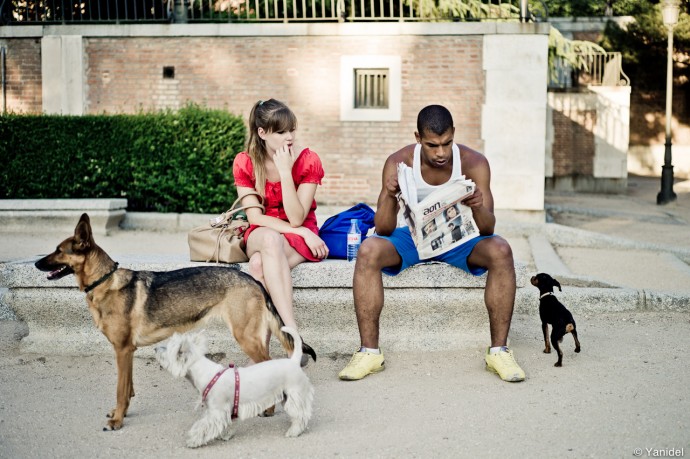 The way you compose your shots is probably the trait that will impact the most your style. Are there characteristics that are recurrent in your portfolio?

Up in your subject’s face or from some distance.
Complex multi subjects composition or single subject street portraits.
Use of bent horizon lines or classic rule of thirds constructions
Multi planes or single planes.
High or low vantage point

Evidently, composing all your pictures the same way would soon result quite boring, yet a certain homogeneity in your framings will certainly help the viewer go through a series of your pictures.

The first show below illustrates the high vantage point I like to use in my photography (taking advantage of my height). The second shot is a more complex multi subjects composition. 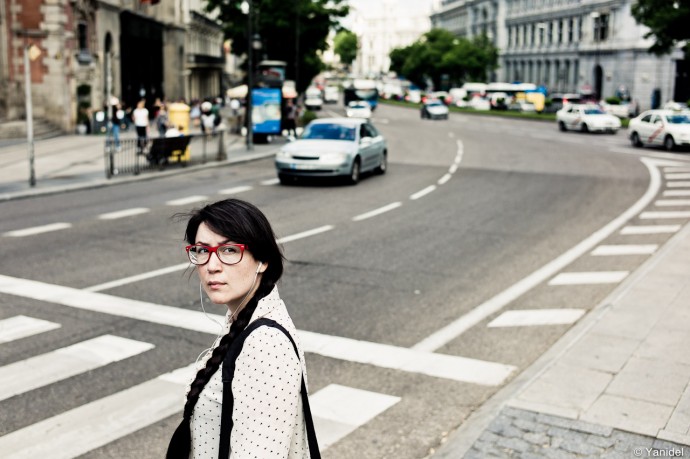 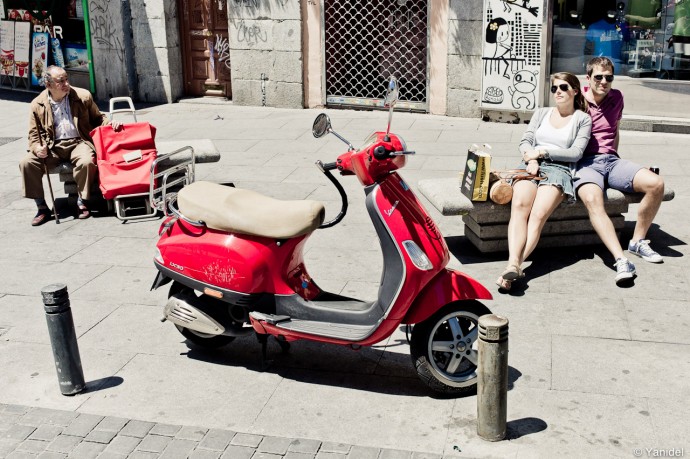 Here we get to the intangible part of your style which is the feelings or messages that your street photography conveys. Think about the poetry of Kertész, the crude street portraits of Bruce Gilden, and the social analysis behind Martin Parr’s shot. What is your street photography about, what vision of the world do you propose to your viewers ? Is it just a series of of travel book pictures, or does it include a personal set of beliefs, be them social, cultural, or religious.

Lyricism and mystery, humanist with a touch of humour is how I would describe my photography. What about yours? Can you put words to it? 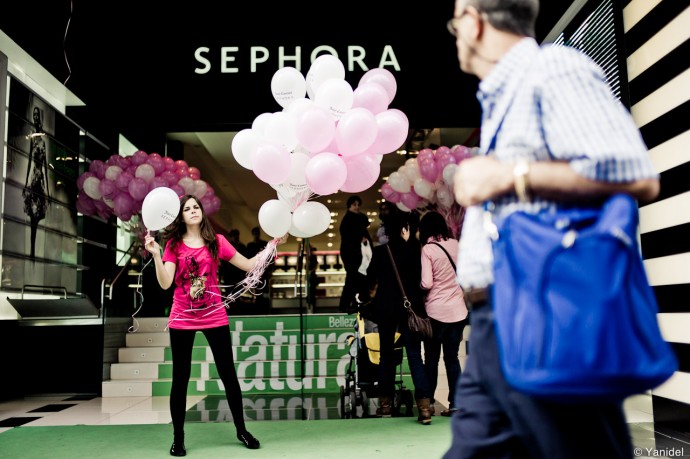 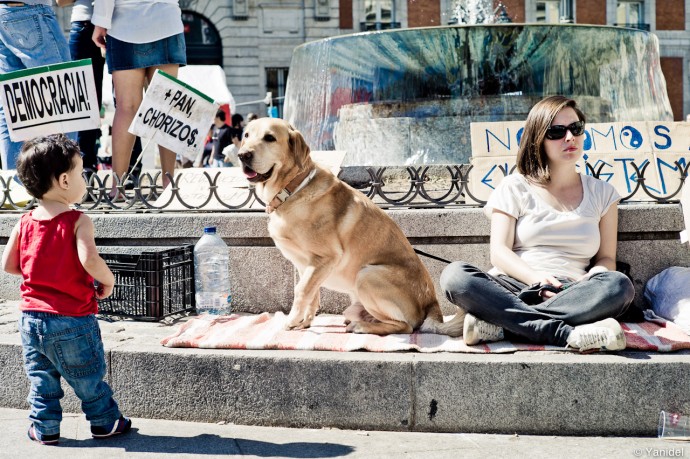 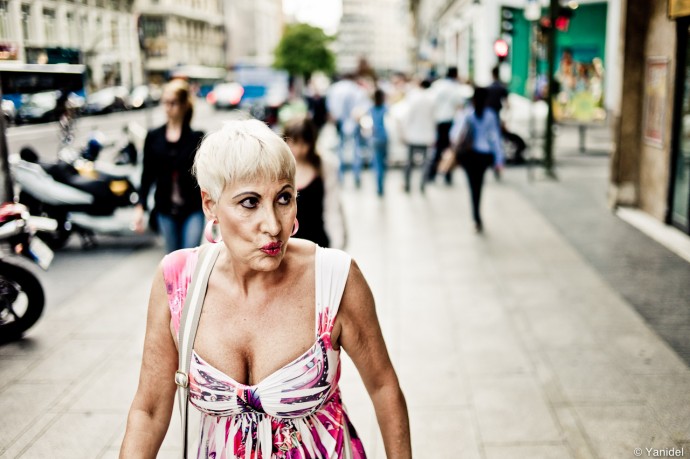 As you can see, the components of a style are many. And by being so, it is not easy to integrate all these elements in a consistent manner. There is also a large part of unconsciousness in the creation of a style. Indeed, unless one spends a long time reviewing its portfolio (with possible help), it is sometimes difficult to detect the patterns as they start to appear. Yet once they do appear, I strongly encourage you to go deeper into them for a while. Try to see if you can develop a true style around it. It does not mean you’ll have to close your horizon to the many shot opportunities out there, yet adding some coherence and consistency to your street photography will result rewarding. Both for yourself and your viewers.