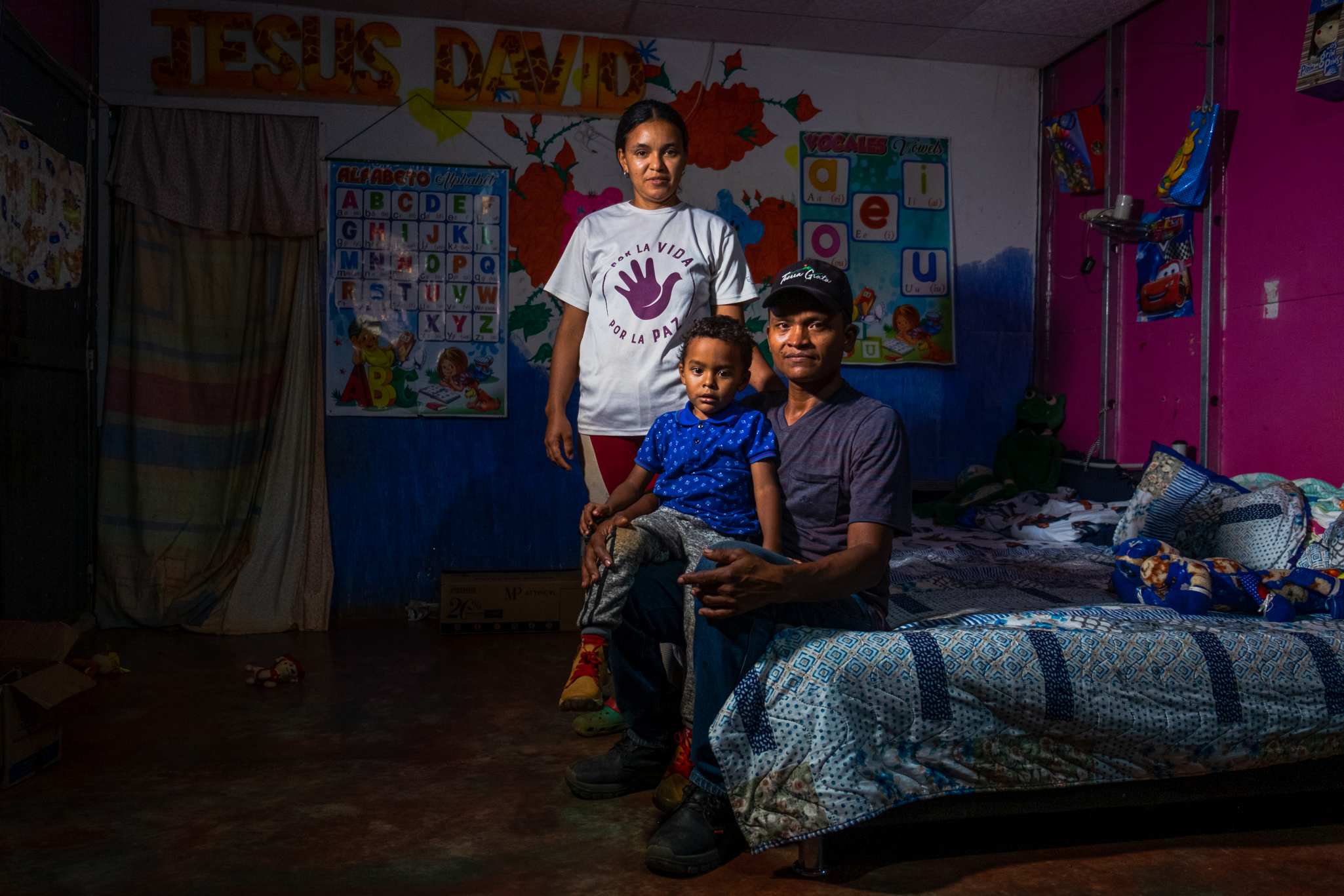 Since the signing of the peace agreements in 2016, a baby boom is expected among ex-combatants of the Revolutionary Armed Forces of Colombia (FARC). The end of the conflict marked the beginning of motherhood for many ex-combatants. Five years later, a new generation confronts the prejudices about their parents. In the reintegration space of Manaure, near Valledupar, in northeastern Colombia, the families of former FARC combatants continue their struggle, this time to build a family life.

Tierra Grata is a very special community space. This espacio de formación y reincorporación territorial (ECTR), that is “area for training and territorial reincorporation,” brings together 240 former FARC combatants and their families. They have dormitories, a community restaurant, orchard, school, chicken coop and sewing workshop. Since 2016, 57 children have been born there. The babies of FARC make for a true baby boom and are a symbol of the ex-combatants’ hope for the future.

The war between the guerrillas and the government left an indelible mark on the country’s history, on its protagonists, its spectators, and even on those who believe they have nothing to do with it. Its shadow is felt in all social spheres and in the different generations that weave them together. The stigma of the conflict, despite the peace agreement, still significantly permeates all those who were close to the flying bullets. The demobilization, the renunciation of arms, the truces, have not been sufficient guarantees for tranquility to govern their lives. The war has taken root in their psyches, in their life stories, in their bodies and souls, where considering the things they say, not all the wounds have healed, and perhaps some never will.

The ex-combatants of FARC are perhaps the ones who continue to hear the thunder of those storms that came from years of combat the loudest. Despite the agreement, their lives have not yet seen the peace they were promised and still long for. Giving up the battle does not mean that they have stopped fighting each and every day, although now the fight is for their happiness, their life, and what many of them left behind, or that at some point they believed they were forbidden to have, namely, a family, children. Today, these are a few of the reasons many ex-combatants keep grappling with destiny and circumstances. It’s their motivation to resist and overcome the injustices that are part of human existence, especially in a country so scourged by violence and corruption as is the case of Colombia.

The ideology of the armed group and its political idiosyncrasies are now replaced by the hope of living fully in a home, with decent work, with the sole objective of seeing the fruit of their love grow happily and safely, far from all the abject suffering many of the demobilized FARC members experienced firsthand during their own childhood: forced recruitment, massacres, rapes, nights lost to the sound of gunshots, mornings adorned by corpses. Conflicts that left them with a dark and uncertain future.

Tierra Grata, Cesar is one of the territories where many of these ex-combatants have been relocated during the transition period of the peace process and for the execution of all the conditions stipulated in the agreement. In this space, some men and women have chosen to vindicate themselves by giving themselves a new opportunity, the chance to love, grow, prosper, heal. They repair their past with the possibilities that the present offers them; they build the castles of their future with the ruins of the dreams that they always harbored in their hearts, those that could not be annihilated by war and exile.

An example of the above is the case of a woman who we will call Esperanza, a demobilized FARC member who was taken from her home when she was a teenager. She was part of the ranks for more than a decade, a period in which she had no news of her family, nor they of her. However, she comments “During the nights that I was on guard, or when I went alone to walk in the mountains, I always remembered my family and I promised myself before the eyes of God that I would see them again.” Her fear was to die in combat, her mother and grandmother never knowing what had become of her, that they would continue waiting for her and also die, taking that anxiety to their graves with them. Fortunately, after demobilization, she was able to contact them. For her relatives, she says, it was as if she had been reborn. Especially for her grandmother, who after having contact with her again, passed away peacefully. Because as she said, “She was not going to let herself die, not until she saw her granddaughter again.”

Another thing Esperanza was able to do once she was demobilized was to fulfill her dream of becoming a mother, something that was impossible while she was a member. Like the other women combatants, she was absolutely forbidden to get pregnant. If they did become pregnant, they were forced to have an abortion, or to have the child and give it up for adoption. Most gave up on any fantasy of motherhood. “While we were in FARC, we were careful not to get pregnant. We all knew what would happen if we got pregnant, what the consequences were,” she comments nostalgically, while watching her son play with other children from the ETCR.

In Tierra Grata, there have been many women who found themselves in situations similar to those of Esperanza, giving themselves the opportunity to be mothers, to have a family, to redeem themselves by giving their children a chance to have the childhood they did not have: a world in which they could enjoy love, freedom, education, health, opportunities for a better future and a home where they could achieve all of these things.

However, looking beyond the idyllic dream of those mothers, a lack of management by entities that ensure population control and the management of projects aimed at the integral development of the family is easy to perceive. The birth rate in this context is a juncture between opportunity and threat. The mothers do not have the care and education they need during the gestation, the children lack basic supplies for their needs and, as if that were not enough, the specter of violence still breathes down the neck of the former FARC combatants. Many of them have been killed and/or violated by other groups outside the law, making that dream peace almost seem like a mirage, a fantasy for another time.

Meanwhile, Esperanza, like other women, try to do what they can for their children, while surviving from day to day. They find themselves powerless to change the fact that they must continue to live far from their families; a death sentence is likely on their heads if they venture outside of the ETCR and they fear on their relatives’ heads as well. With good reason, this fear nests in their hearts, and that is because there have been many cases of demobilized combatants murdered along with their families. Mainly, for this reason, they refrain from leaving the ETCR and rebuilding their lives elsewhere. Although they lack many basic amenities, at least they feel safer there.

Now we must ask, what will become of these children, fruits of love, war and helplessness? Who will be the ones to ensure compliance with their rights? What measures will be taken to deal with demographic growth, which, in the long run, can lead to new problems? When you consider these, among other issues, it’s a lot to deal with or as we say in Colombia, “there is a lot of fabric to cut.” While we wait for something to be done about it, children continue to be born, grow up and are forgotten, left to their own devices, as if waiting for the contingencies of the world to take care of them.

Despite this, they continue to be the light that illuminates the days of all those who are gathered in these temporary relocation territories. Their games, laughter and pranks inspire those who see them, a new generation that will be able to contribute to the management of peace in this land trodden by their ancestors and inherited from them with faith, hope and a great struggle.

Esperanza and the other mothers do the best they can, but all the love they profess for their offspring will not be enough to provide them with quality growth and development, they need tools, help, and instruction, otherwise, that generation of children will be profiled as another lost generation or, rather, a generation that circumstances and the state lost, once again.