City Landscapes is my ongoing project. The pictures were taken from 90s of the past century until today in different cities around Europe – Rome, Paris, Cracow, Bruxelles, Antwerp, Palermo, Vienna, Padova and of course in Poland. My idea is to build an imaginary picture of a modern city – not a specific one – but, using a title of a famous book written by Italo Calvino: “Invisible City” 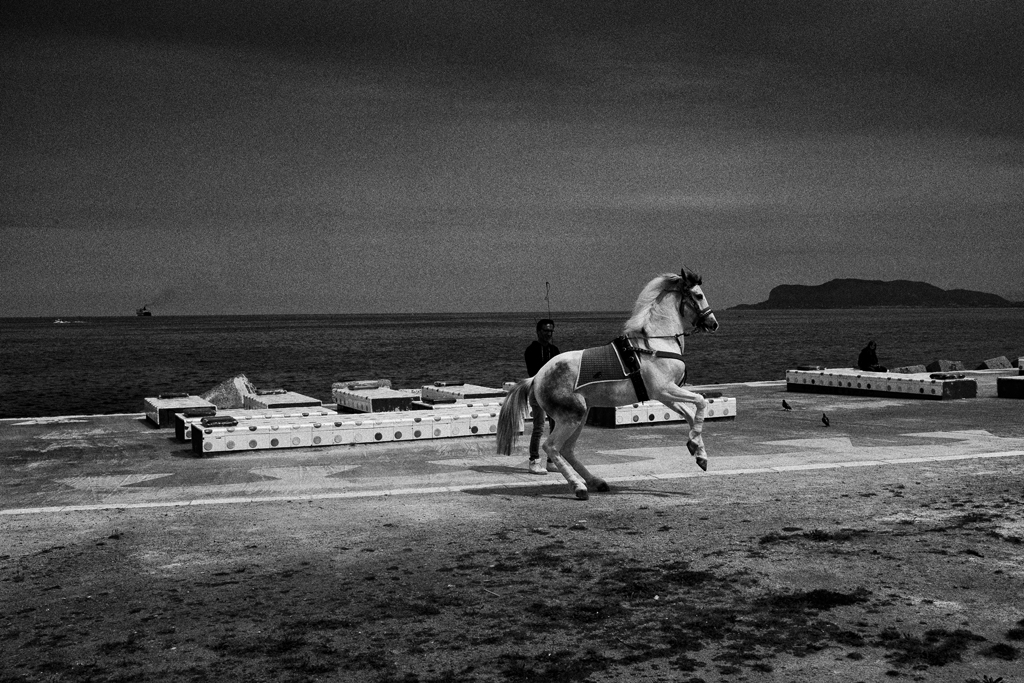 “”You recognize cities better on the atlas than when you visit them in person,” the emperor says to Marco, snapping the volume shut. And Polo answers: Traveling, you realize that differences are lost: each city takes to resembling all cities, places exchange their form, order, distances, a shapeless dust cloud invades the continents.”

“Kublai Khan had noticed that Marco Polo’s cities resembled one another, as if the passage from one to another involved not a journey but a change of elements. Now, from each city Marco described to him, the Great Khan’s mind set out on its own, and after dismantling the city piece by piece, he reconstructed it in other ways, substituting components, shifting them, inverting them.” – Italo Calvino, Invisible Cities 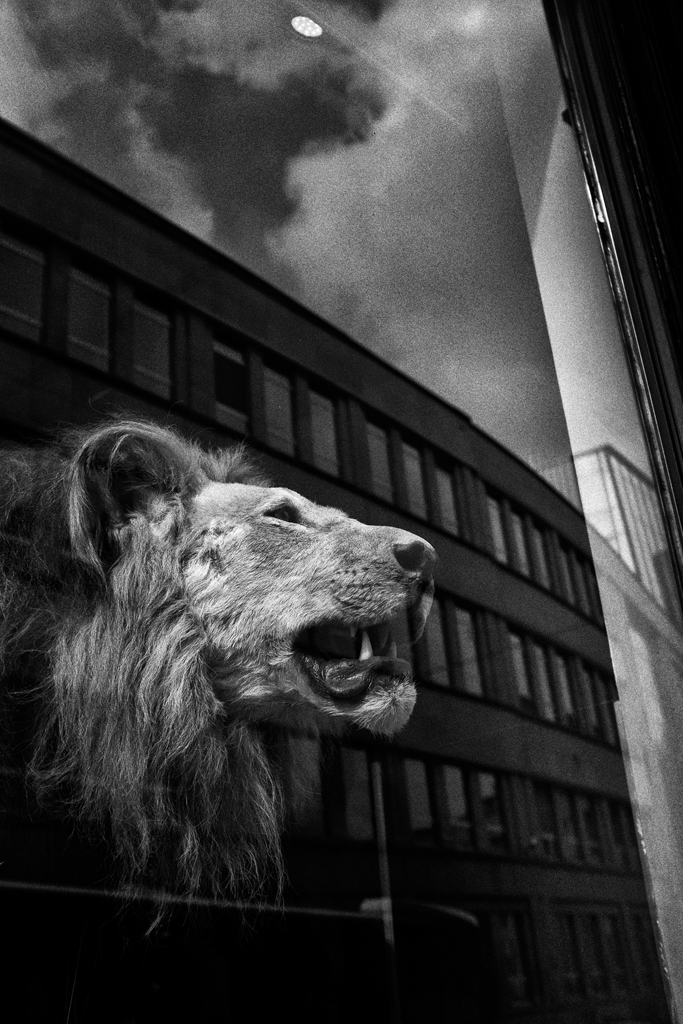 This idea – of one an imaginary place – a kind of a puzzle built with various photographs is what I’m particularly interested in, and I’m trying to realize this concept in the “City Landscapes.” 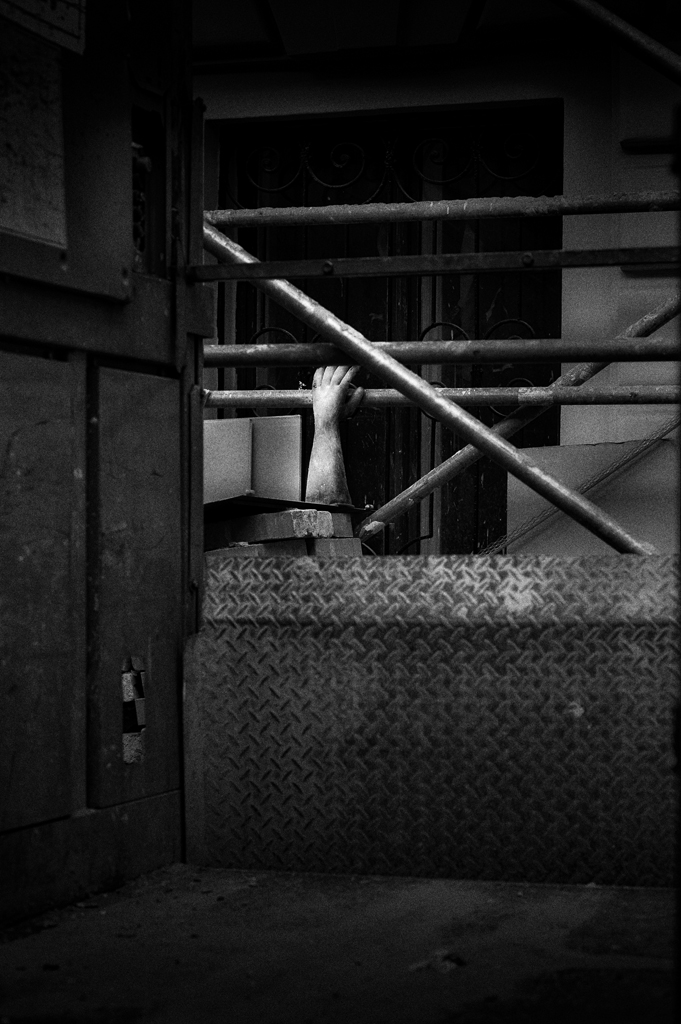 These photographs do not tell a particular story – I think they are more a kind of a specific space in which the viewer is a creator of his own interpretations. 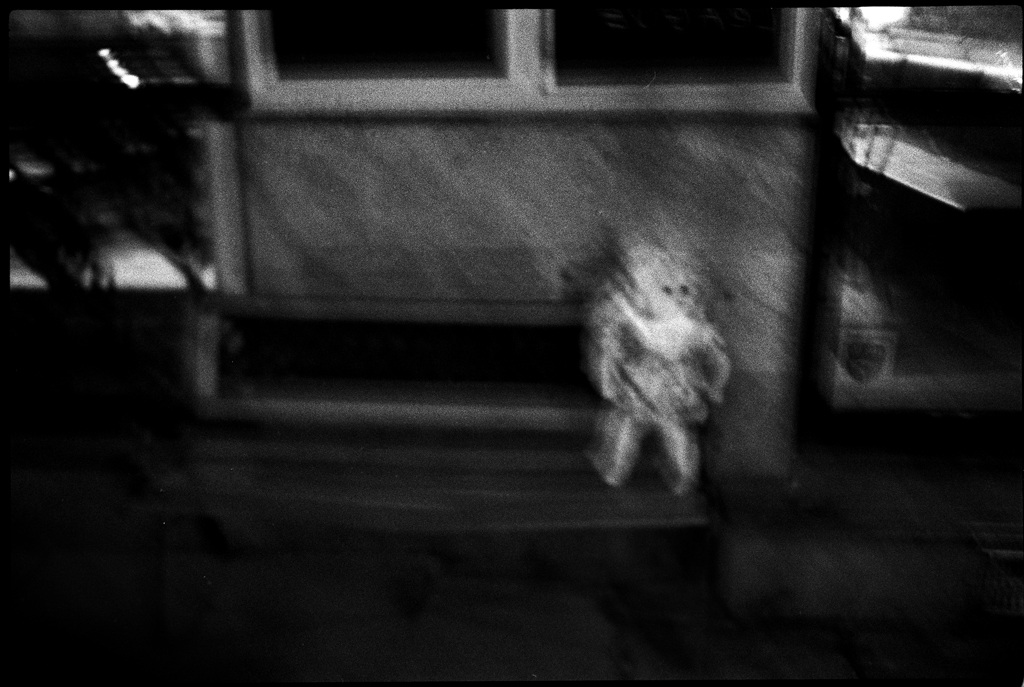 For me they are also a sort of question (which I consider a phenomenon of photography) – how it is possible to go beyond realism by realistic imaging, realistic measures. 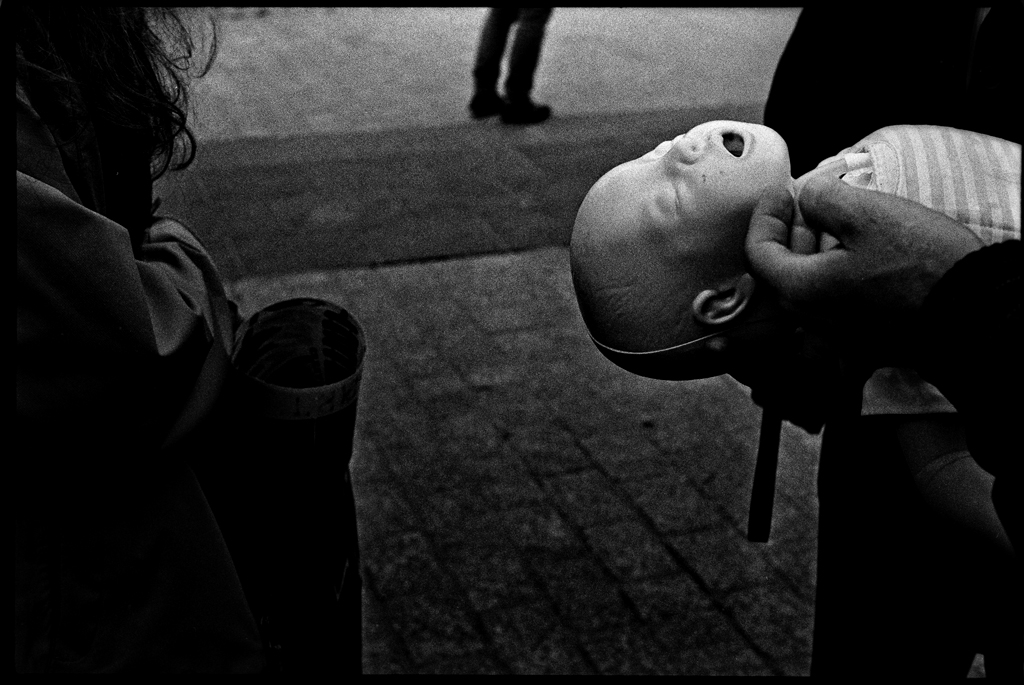 The concept of an ideal city – a model inducted by the idea of rationalism and functionality, is a negative point of reference – I’m interested in space in a state of chaos, becoming, change, unpredictability. I have the impression, that today’s reality cannot be described otherwise than by piece, clipping, margin, what is overlooked. 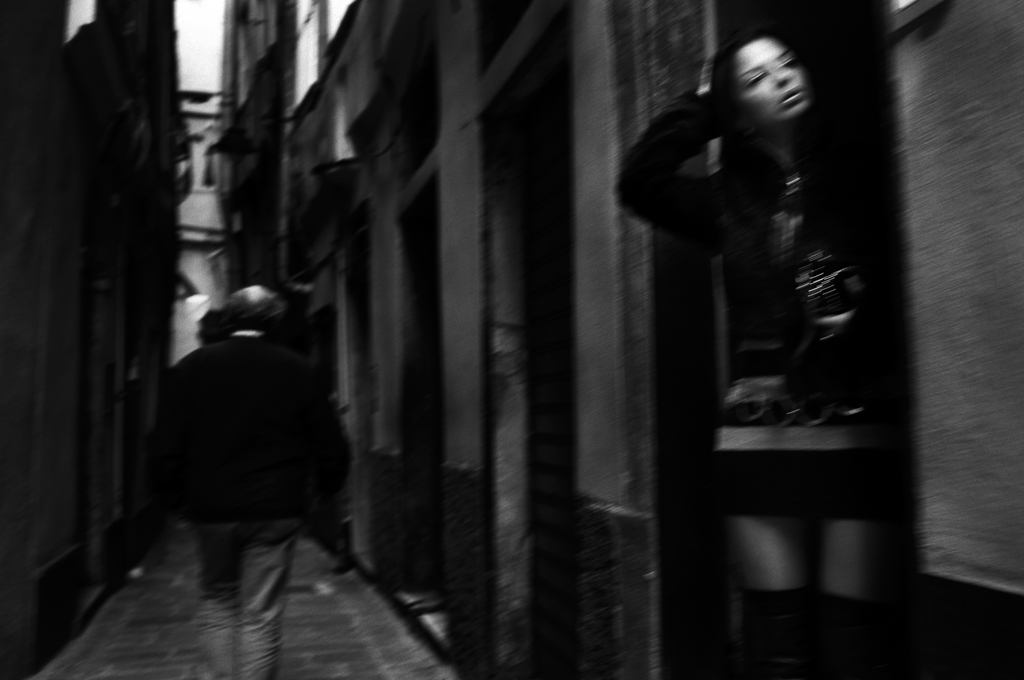 The imaginary city, which I’m trying to capture, recalls in some ways the concept of Bruno Schulz, one of the most important polish writers:

“”We are not intent,” he said “on long-winded creations, long term beings. Our creations shall not be the heroes of romances in may volumes. Their roles shall be brief, concise, their characters having no further plans. Often, we shall take it upon ourselves to summon them to life, but for a moment in the service of a single gesture or word […] Our handiwork will be provisional, as it were, intended for a single occasion”” – Bruno Schulz, The Cinnamon Shops 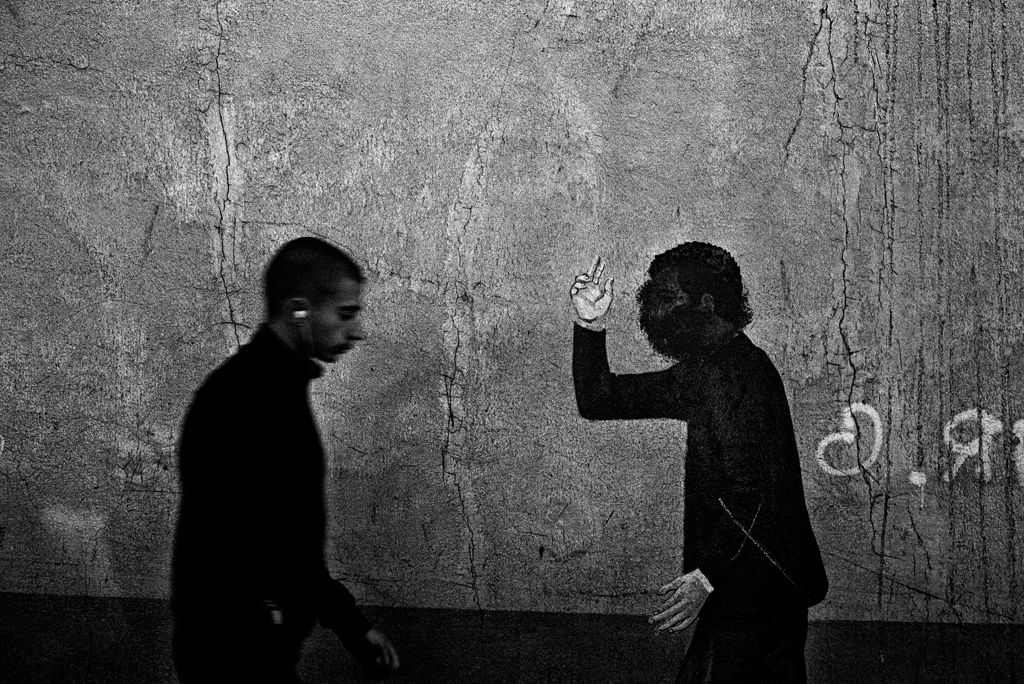 The city is not only the space and people immersed in it. First of all, the city is a place of different moods – constantly changing, penetrating each other – nostalgic, tragic, joyous, funny, sometimes tragicomic. I think, that all are equally important, all of them are building this strange universe which I try to capture in my pictures. Therefore, I’m trying to follow this volatility, without imposing restrictions on the choice of one particular aspect of the presented reality. 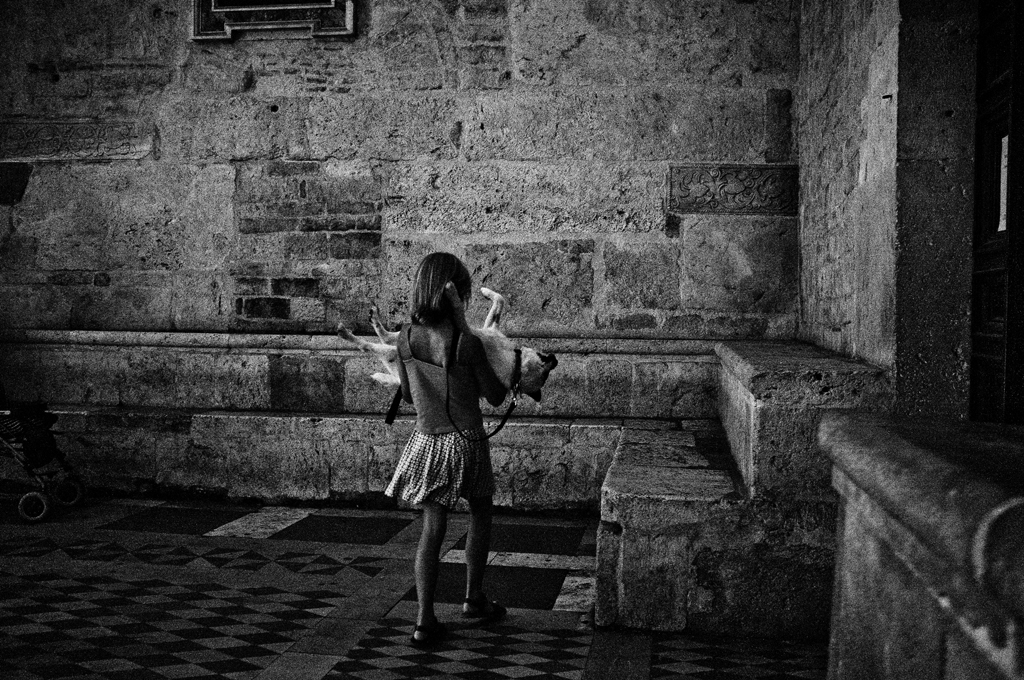 The project was realized mostly with rangefinders (digital and film) but some of the pictures were taken with DSLR cameras. Usually, I’m working on high ISO values. 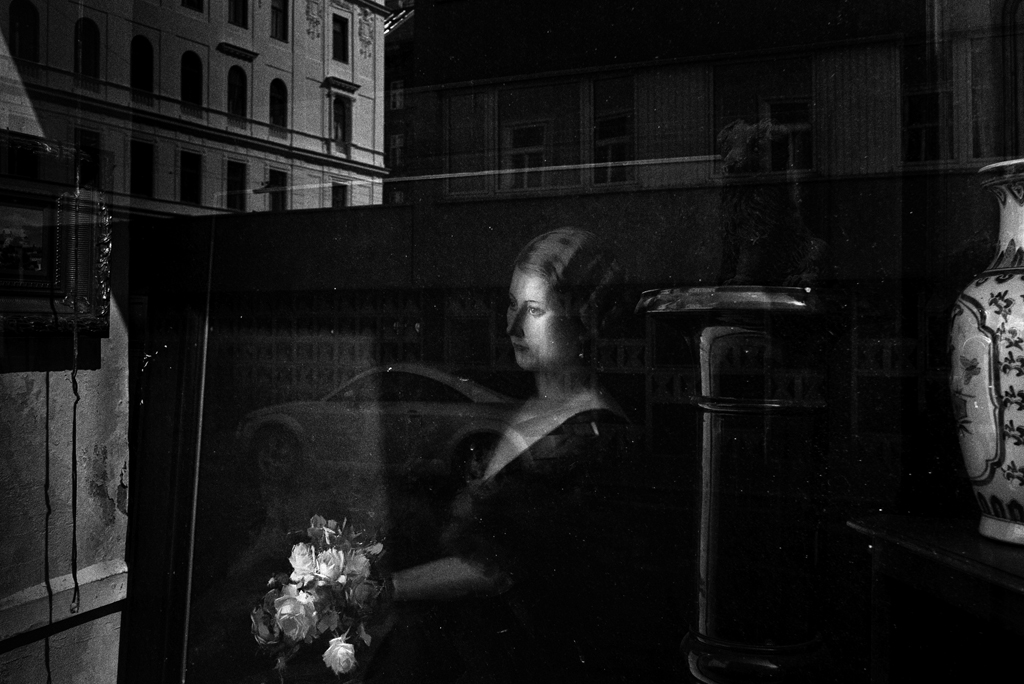