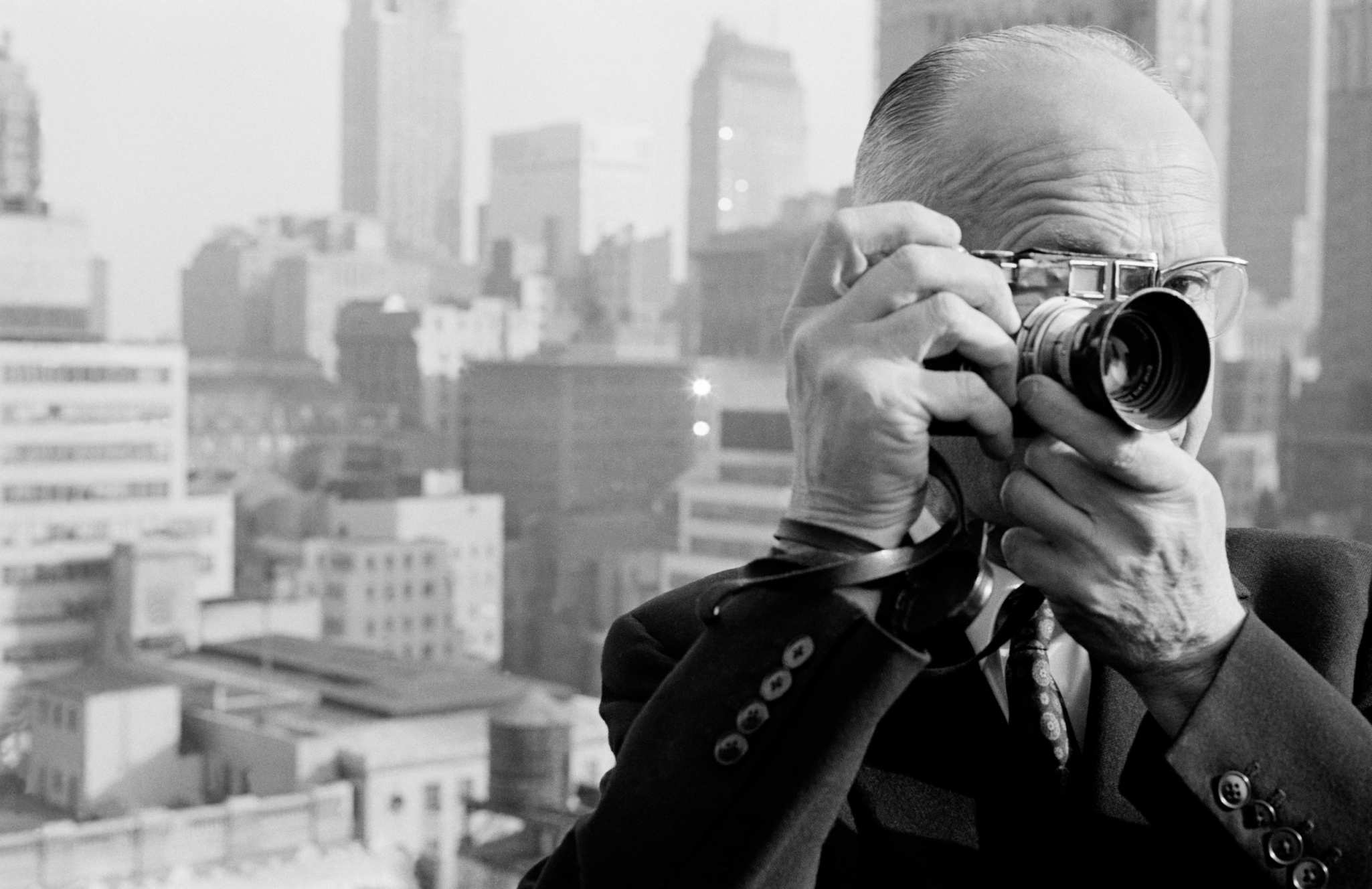 Though there is still some controversy about who “invented” photography, it is generally attributed to the Frenchman Joseph Nicéphore Niépce (1765-1833). To a large extent the street photographer of today represents much of the spirit of the flaneur in Paris in the early 19th century – a figure of urban affluence wandering the boulevards observing contemporary life.

In the beginning, street photography was just that: taking photographs of the street. Street photography has evolved from simply images of empty streets to satellite imagery, facial recognition and artificial intelligence.

The Greats of Street Photography

Eugene Atget (1857-1927) Atget was perhaps the first true street photographer. He wandered the streets of Paris with a large-format wooden bellows camera and sold his work to artists and architects. He served as an urban historian as Paris was undergoing drastic physical changes under the redesign of Georges Haussmann.

Gyula Halasz Brassai (1899-1984) was a photographer, sculptor, writer and filmmaker. He was one of the many Hungarian artists to flourish in Paris between the world wars.  He captured the essence of the city of Paris in his first book, Paris by Night, published in 1933. His portrayals of the city’s high society, the ballet and the opera influenced many of his artist friends such as Salvador Dali, Pablo Picasso and Henri Matisse. His 1948 one-man show at the Museum of Modern Art (MoMA) in New York City established him as one of the founders of street photography.

Dorothea Lange (1895-1965) was primarily known as a documentary photographer or photojournalist. She is best known for her depression-era work for the Farm Security Administration. In a very large sense, she influenced the documentary side of street photography.

Weegee (1899-1968) (whose name was Arthur Fellig) was a photojournalist who worked in the Lower East Side of New York City. He is known for his stark, black and white images that capture the nitty gritty of street life. In a way his work could be seen as the American version of Brassai’s photographs of the streets of Paris at night.

Garry Winogrand (1928-1984) a legendary photographer of life in mid-century America. One of his images was included in MOMA’s The Family of Man exhibit in 1955. He was also one of the featured photographers in the New Documents exhibit. He was notable for his flair for capturing in-your-face images in motion. He worked in New York City in the 1960s and 70s.

Diane Arbus (1923-1971) expanded the idea of what was appropriate subject matter in photography. She photographed carnival performers, dwarves, strippers, children, couples, the elderly and disabled people. By forcing the observer to see what they would normally turn away from, she brought a psychological intensity to her work. She received recognition when she was included in the Museum of Modern Art’s New Documents exhibit.

Lee Friedlander (1934- ) studied photography at the Art Center College of Design in California before moving to New York City where he photographed jazz musicians for record covers. Working primarily with a Leica and shooting in black and white, he photographed the social landscape of urban life. He was greatly influenced by Atget, Robert Frank and Walker Evans.

Vivian Maier (1926-2009) She was unknown as a photographer during her lifetime. Her work shows that you don’t have to be a professional photographer to be able to capture life around you. Though we know little about her life and her motivation, her photographs are a powerful chronicle of street life.

Joel Meyerowitz (1938-) is notable as one of the first street photographers to shoot in color at a time when there was a lot of push back on the use of color in “art” photography. A New York  City street photographer, he was greatly influenced by Henri Cartier-Bressson and Robert Frank.

Robert Frank (1924-2019) introduced a new kind of photographic documentation with images that evoked emotion and subjectivity. Departing from the most basic of traditional photographic methods, he often took photos without even looking through the viewfinder.  He preferred leaving it to chance instead, welcoming imperfections and ambiguity which can be seen in his groundbreaking and highly influential book The Americans.

John Szarkowski (1925-2007) In 1962 he was appointed curator of photographs at the Museum of Modern Art in New York City.  He produced many exhibitions and publications which changed how people viewed photography. In 1967 during the so-called summer of love Szarkowski curated the show called New Documents which featured the work of three relatively unknown photographers: Diane Arbus, Lee Freelander and Garry Winogrand. This show changed street photography forever.

In 1900 Eastman Kodak introduced the Brownie camera. The Brownie revolutionized photography. At the price of one dollar, which is equivalent to about $31 today, along with the low price of the Kodak roll film and processing, it brought street photography to the American masses. Over 150,000 were sold in the first year.

The first Leica camera, was a 35-millimeter camera with screw-mount interchangeable lenses was introduced in the 1930’s.  The cameras were compact and had collapsible lenses for hiking and biking. In many ways it was the perfect street camera.  In 1954 the Leica M was introduced. In 1957 Asahi Pentax single lens reflex camera from Japan was introduced. In 1963 Kodak introduces the Instamatic.  In the following year the first Pentax Spotmatic the legendary single lens reflex was released and is still being used today.

In 1975 Kodak created the first-ever digital camera which was based on the Fairchild CDC chip. This camera was the size of a printer. It took about 30 seconds to capture a single image.

The Fuji XDS, produced in 1988, is considered the first true digital camera but was never actually sold. In 1991 Kodak came out with the Kodak DS100 digital single lens reflex camera, priced at $20,000.

In 1994 Apple had its first foray into digital cameras with the Quick Take. In 2007 Apple launched the iPhone touch screen phone with a camera so good it’s still the most popular camera on the market. The iPhone launched the concept of “selfies” and with it the ability to share images with thousands of people over social media.

In 2011 Mishka Henner published the book No Man’s Land. The photographs were images taken from a computer screen of Google Street Views. Since then, there have been many similar projects. Appropriation has a long tradition in art. I don’t see that is necessarily a problem using the same standard in street photography “art” is a big basket. There are certainly privacy issues associated with this. But this type of photography or image capture is certainly gaining recognition. Doug Rickard’s New American Picture was included in the New Photography at MoMA in 2011 really pushes the boundaries of what people consider street photography.

The days of showing your work in a gallery or in a self-published photo book are fast coming to an end. Gaining recognition for your street photographs relies more and more on having an active presence on social media. A few famous street photographers with iconic images will still be sold in galleries, but people don’t go into galleries much anymore and to a large extent they don’t buy photo books. As art and technology evolve, new ways of making showing and distributing images, such as NFT’s (non-fungible tokens), satellite imagery and artificial intelligence will change what we call street photography.

Street photography has evolved since the invention of the camera more than 150 years ago. It will continue to change as technology and social media are further developed. No one can predict where it is going or what it will look like even in another ten years but studying the history of our art can give us some insights into its future. It may also help us be better photographers.