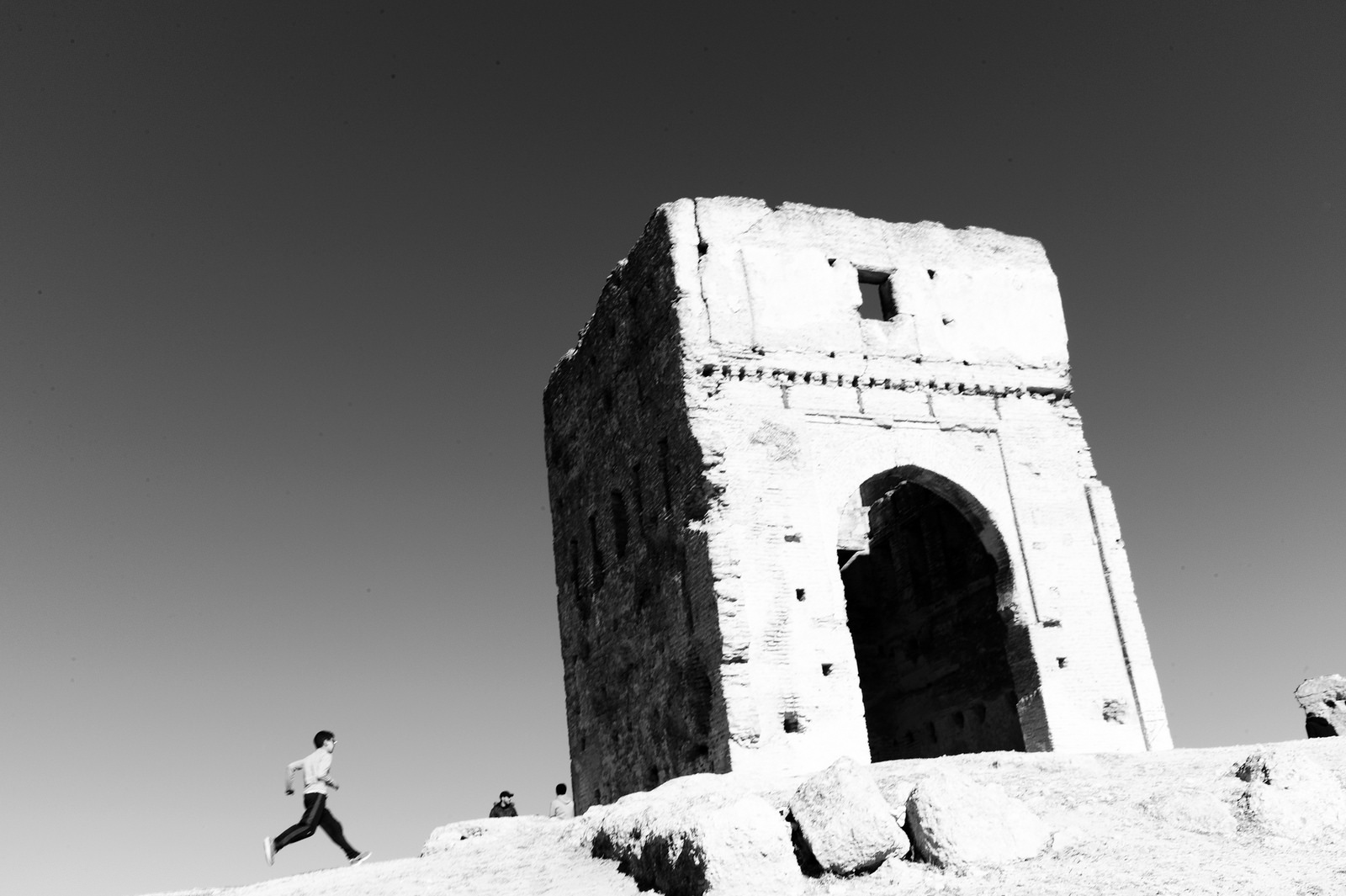 Animesh, what drew you to street photography initially?

I started photography at the age of 12, in 1966, and by 17 years of age, I gravitated to street photography. It is hard to look back that many decades to find the true answer without clouding the issues with artifice. If I try hard, I would say, it was a passion to record images of overwhelming unfairness and disparity in the living conditions of common men and women in India where I grew up, but to simultaneously seek a sense of beauty in such conditions of utter destitution ordinarily visible to all on the streets of India in the 1970s. Alas, my negatives of those days are lost forever, after my father’s death, who used to keep these. 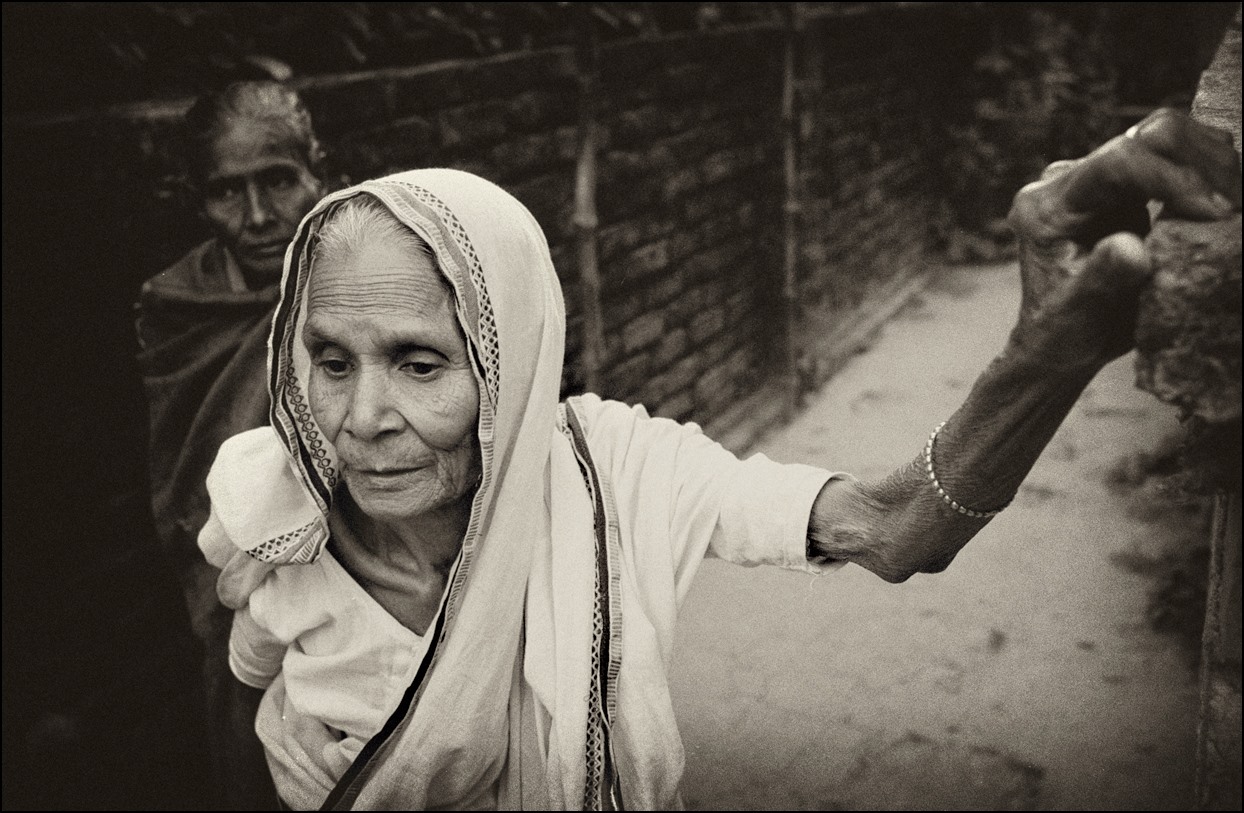 There is perhaps one other aspect. I have been a student of science, a researcher, all my life, leading a rather introverted existence bound by abstraction and objectivity. Street photography provides a degree of subjective release from that objectivity, and it also provides a personal challenge to extend myself to territories that are quite unfamiliar to me in everyday life. 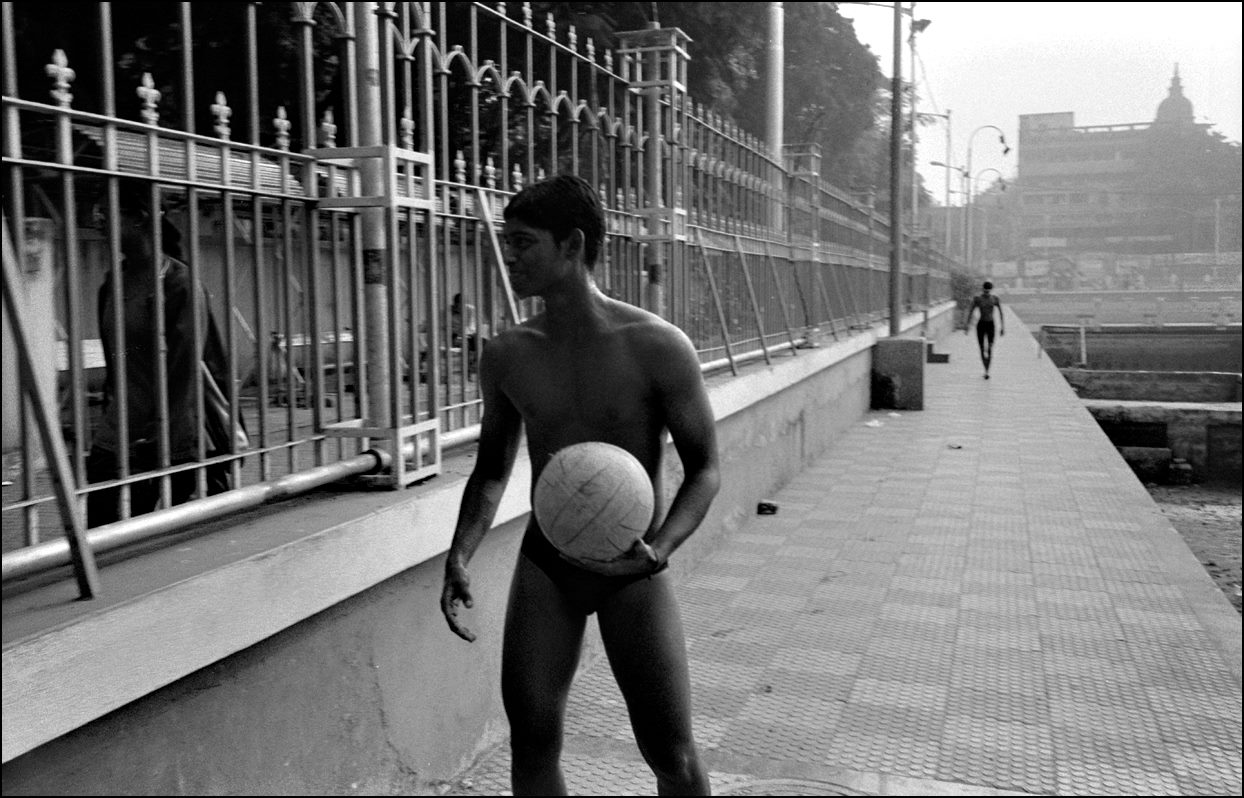 Wow, an interesting beginning. I think most of us experience a kind of slow evolution to street photography, as you did. When I was looking at your images on Flickr, it seemed to me like a lot of your work is on film. What are your thoughts on film vs digital?

Since I started at a time when digital photography was still far away in the fog of time, I had to work with film. I stuck to film longer than most, because I could not afford a sufficiently good digital camera and lens system relative to those I had already had in the film format. It took a long time for me to save enough to get a digital camera body of comparable quality, ultimately two of them, which would be compatible with my existing lenses. I still possess the older film bodies, and when my digital bodies are off to get readjusted or CLA, I take out the film bodies. However, now I prefer to work with digital. 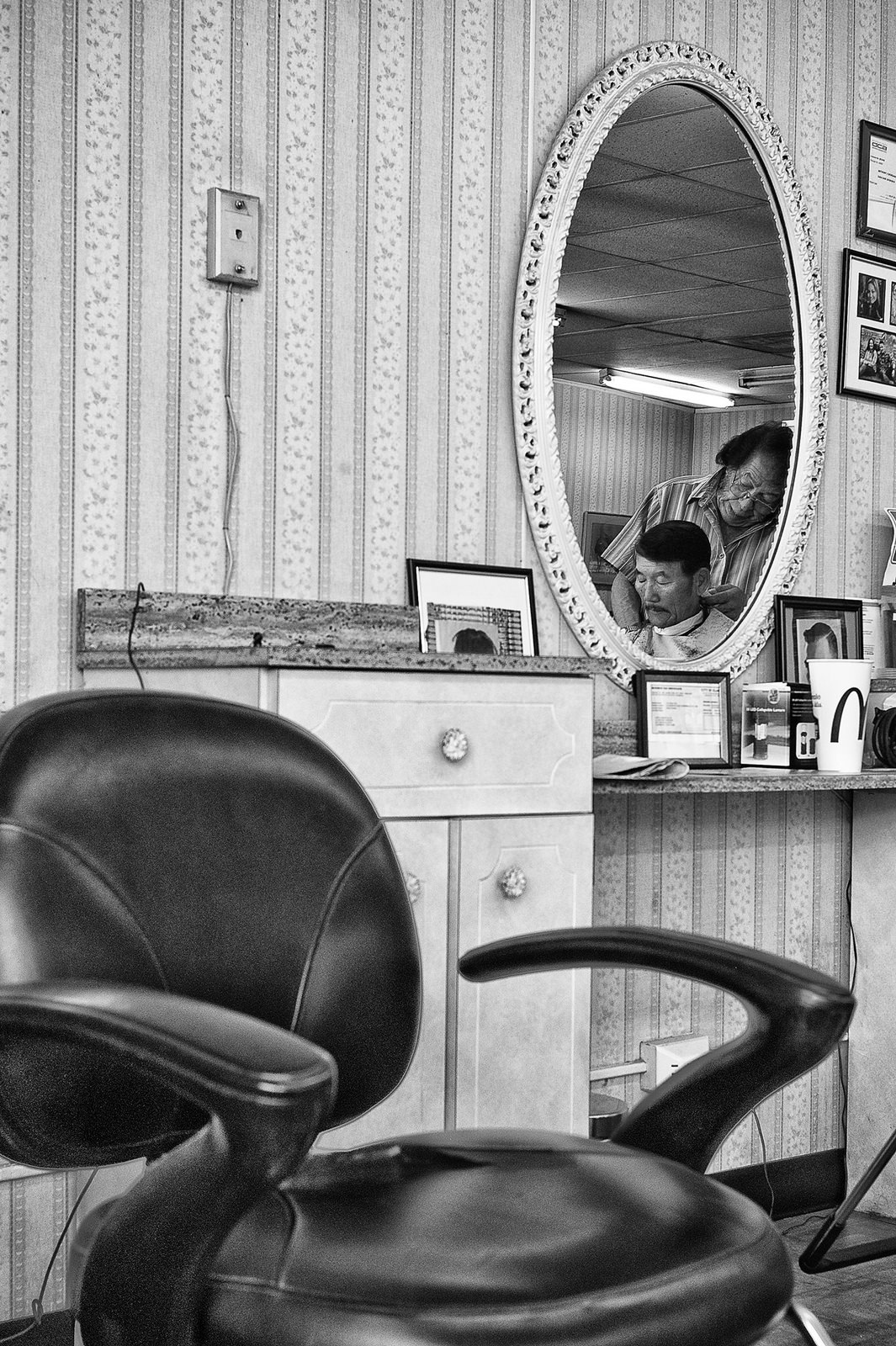 I love the image titled “The Three Graces.” Is there a story behind that image that you could share with us?

The Three Graces: Whenever I go back to my home near the city of Calcutta (now, Kolkata) in India, I try to visit the surrounding countryside. I came across these three women trudging back from their work in the winter of 2006. They kindly allowed me to take their photos. The oldest of them looked somewhat sad, but the youngest was curious. I took about three quick frames, after which the oldest of the three women became impatient and wanted to go. The youngest asked whether they could see the photos someday. I replied, unfortunately that will not be possible because I lived very far away, and I needed to process the films first; she was disappointed. 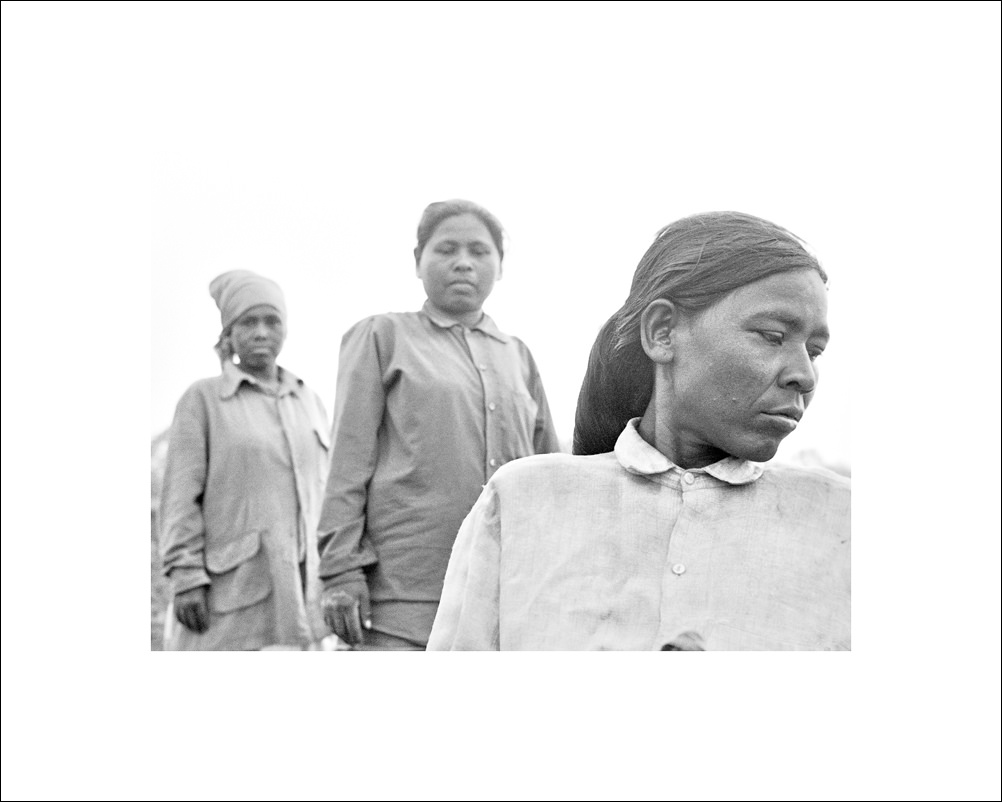 In 2006 I wrote a short piece on them, which is reproduced below (Adivasi = aborigines):

“There I was on the evening after Christmas in the middle of a vast stretch of tilled land on the Bengal delta, where mustard will be sown the following day, and tomato in the next field. It was nearly sunset and these landless Adivasi tribal laborers would soon trudge nearly five kilometers to their makeshift cottages.

Recent DNA evidence indicates that ancestors of the Adivasis – there are over 300 tribes spread over the Indian subcontinent – first migrated into this land about 50,000 years ago from Africa, and they might have been from the same lineage that had migrated to Australia and the Americas during a subsequent ice age, when land bridges temporarily connected these continents. They seem to be genetically very similar to the rest of Asian population, but quite distinct from the upper caste Indians. The latter appear more similar to Europeans in DNA sequence similarity than to the rest of Asians. One theorizes that waves of migrants have entered the subcontinent from central Asia or the middle east, each succeeding wave with more aggressive technology, and have slowly established their control over much of this ancient land, thus pushing the first migrants into the fringes of the society, taking their land, taking their women occasionally (there is DNA evidence of female contribution from lower castes into the upper caste genome but not the reverse, neither of any male contribution from the lower to the upper). We see its resonance in ancient Indian epics, like in the Ramayana, where the forest dwelling people live separately from the village folks. The Adivasis had their own earthly gods and goddesses, forms of Kali and Manasa, for example, unlike the abstract concept of god that the newcomers had brought, which the newcomers slowly fell under the spell of, and also their own secret herbal remedies were valuable to the newer immigrants, so the newcomers ‘stole’ their knowledge and usurped their land. Pushed out into the forests and barren vistas, the Adivasis live in utter helplessness. Persecuted by the forest service officials for encroaching, their trees harvested by loggers, their land destroyed by mining companies, drowned out by dams and reservoirs, their rebellion extinguished by violent massacres and relentless persecution through the ages, they increasingly come to the villages and cities in search of temporary work as farm laborers or construction workers. Hardly unionized, they are open to further exploitation.”

Wow, what a story. I had never heard of the Adivasi people before. Thank you for sharing that image and the background information with us.

It also looks like you’ve traveled pretty extensively. Where is your favorite place to shoot street photography and why?

Lately I am falling in love with downtown Los Angeles, but I also like to shoot in San Francisco, Chicago, and New York, and of course in the cities and villages in India. I had a great time shooting in Morocco this last winter. Paris is a great place to shoot the streets too. 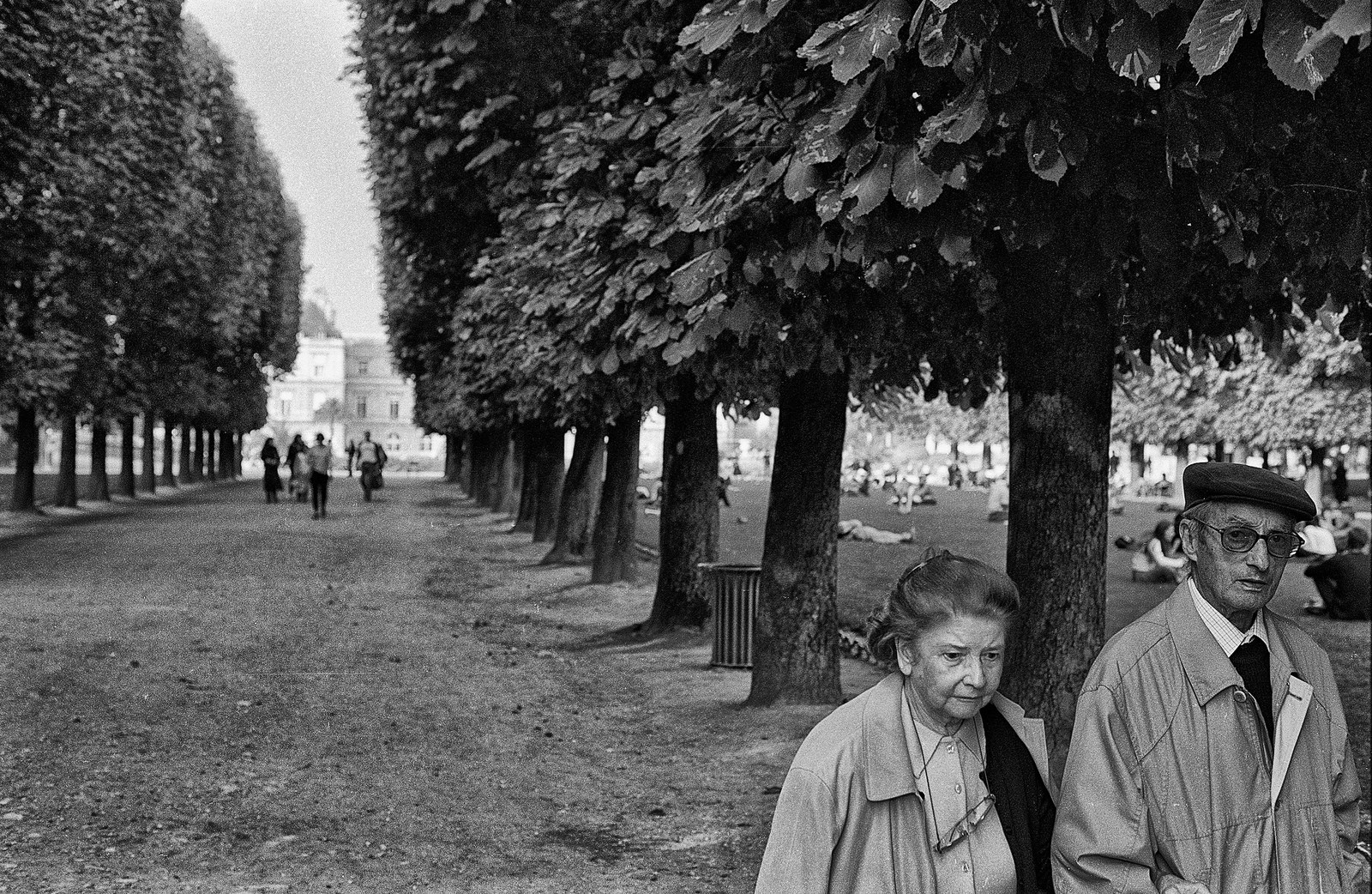 A Walk in the Evening, Paris

It has been a continuous discovery of an aspect of life that is very different from my own. In my scientific work, which is most of my other life, I am dealing with abstractions mired in sheer objectivity; street photography allows me a glimpse of another side of consciousness – the interplay of abstract form with subjectivity and humanism.

Beautiful. Thank you so much Animesh for sharing this piece of yourself with our readers. 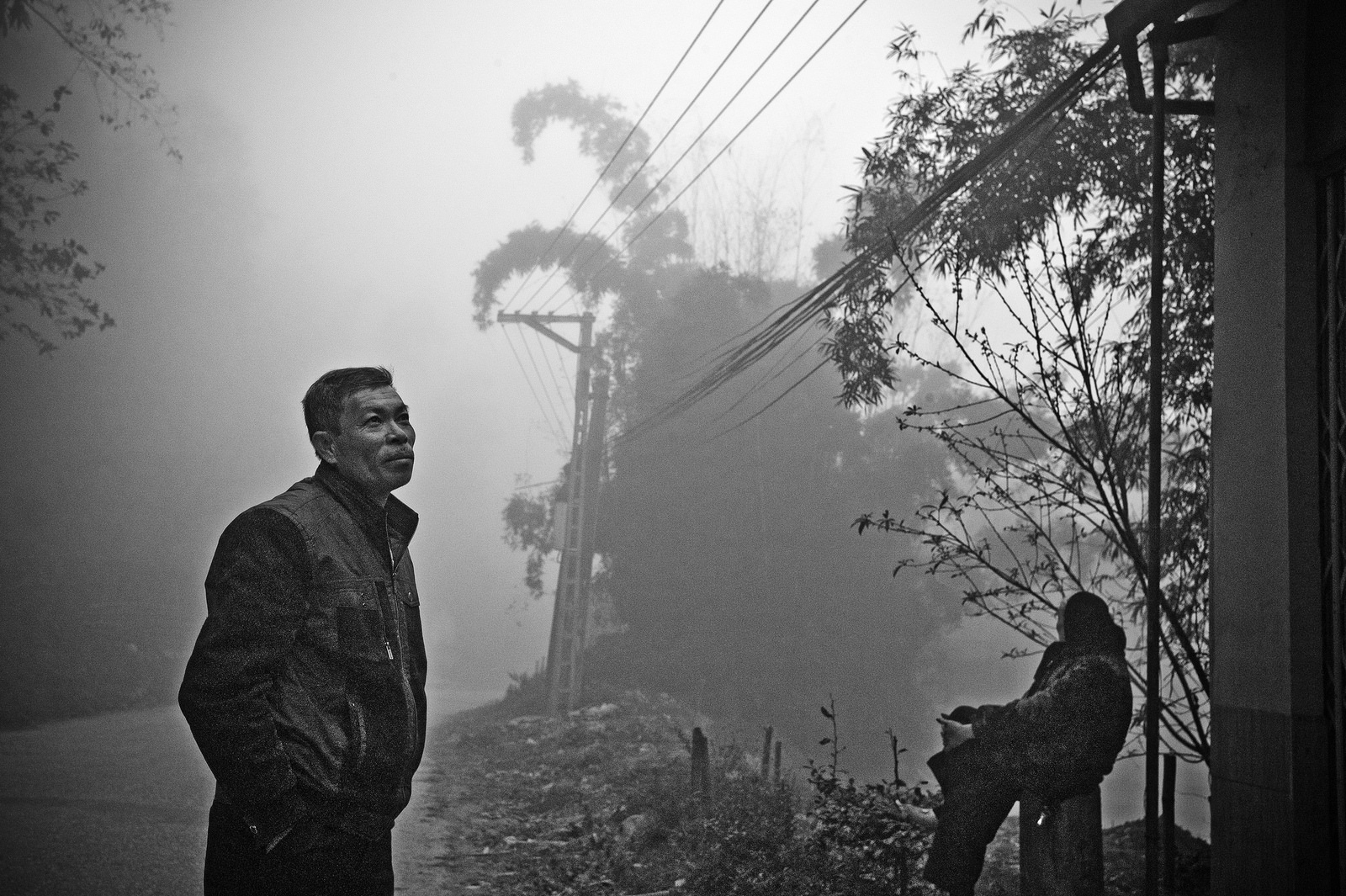 A man and his mother.

Editor’s Note: You can see more images like these by visiting Animesh’s Flickr photostream. Animesh was selected from our Flickr group (Street Photography Magazine) where we regularly choose photographers’ work to be published in our magazine.