Just Here and There 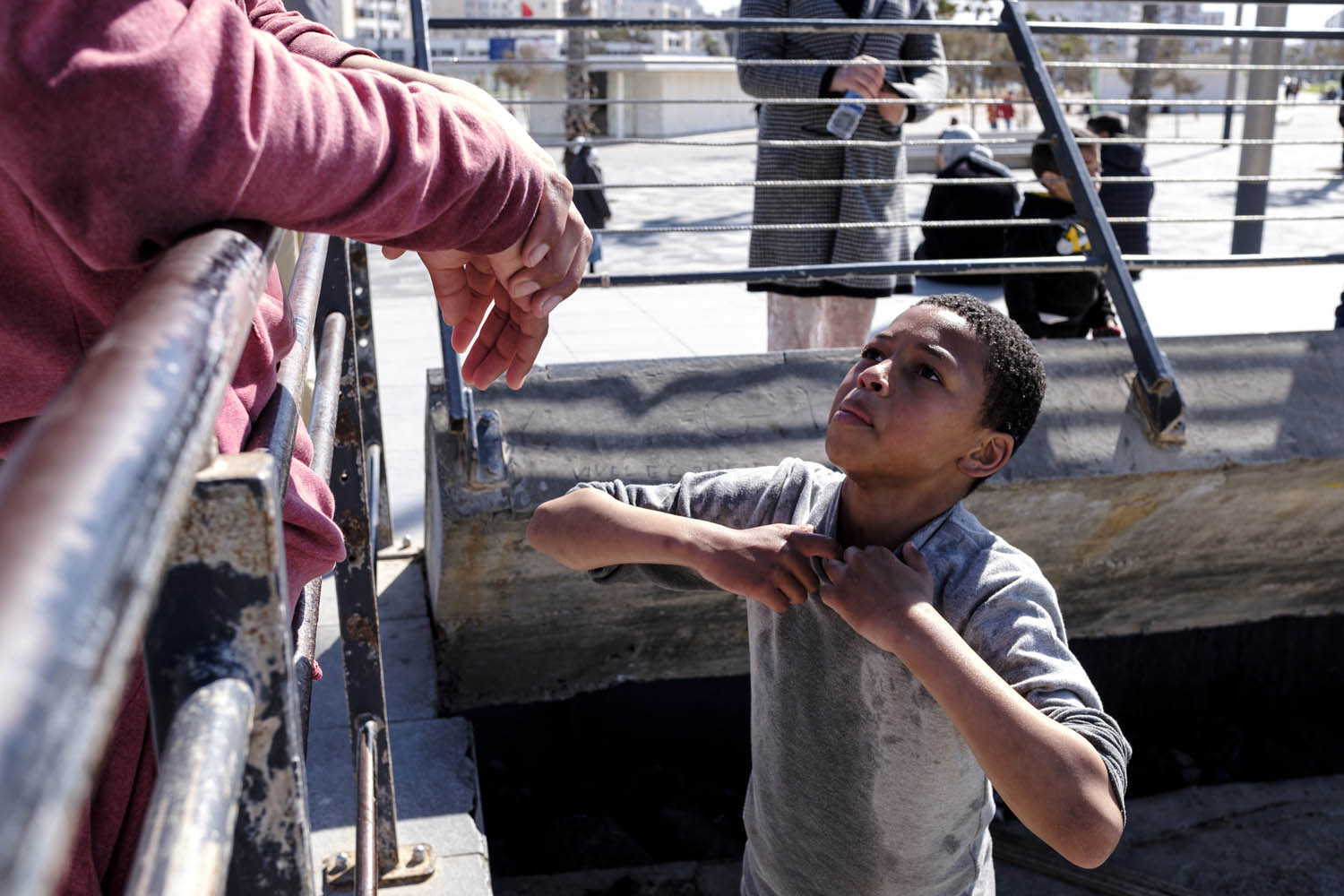 I was five when I first asked for a world map as a Christmas present. My parents must have eventually agreed to get me one, because by that age, I was already fascinated by different cultures and lifestyles – the North of Africa in particular. I remember staring at my map and looking at the boundaries of Morocco, daydreaming about going there one day, wondering what people in Marrakech or Casablanca did every day. Did their kids go to school like I did? Did they go to work in an office the way my mom did or did they work in construction like my father did?

By the time I reached my final years in high school, I’d already discovered street photography. I took a complementary photography class taught by a photojournalism lecturer from the University of Sofia. At some point during his classes, he mentioned Steve McCurry and I had obviously heard the name and seen The Afghan Girl. I had never looked into his work in detail, though.

When I eventually did, I was fascinated by his pictures in Morocco. I saw his work from Marrakech, Chefchaouen and all across the country. At that moment I knew I wanted to go there. Overtaken by the enthusiasm of a young boy, I searched for his photos from the North African country, watched all the videos I found, and I just had to go there. Of course, for someone living in Eastern Europe, that was hard. This is when I decided I was going to take as many photos as I could so I would become good enough when I eventually arrived in Morocco.

Some years later, after doing my first 10,000 pictures, I kept dreaming about going to Morocco and had a general idea of what the project could be about. Then, on a cold winter night my girlfriend said she wanted to take us there for my birthday. As you might have guessed, I was very excited, and that 17-year-old high-school student’s enthusiasm came back.

I had already decided that “A Story About Moroccan Life” would tell the tale of a Middle Eastern country that’s actually not in the Middle East. An Arab nation, where the people don’t consider themselves Arabic. After all, their language only remotely resembles Arabic.

“A Story About Moroccan Life” shows the interaction between the French influence of the kingdom’s colonial past and the Berber and Arabic roots of the folk. It shows a state that’s not trying to be anything else but itself. Morocco is a country that’s not trying to imitate the West or the East. It simply wants to stay the way it always was, thus somehow evolving into a better version of itself.

I knew there would be a lot going on at all times – and there sure was – so I had my camera out the moment we landed. I knew that most people didn’t like being photographed but I didn’t care. My high school level French would get me out of uncomfortable situations.

The story goes on with a cat crossing a decaying football pitch with no one in sight and another of kids playing football on a square where you’d normally expect to see a cat. These were both taken on our first day there, less than an hour apart. While I was standing at the square, the kids saw that I was photographing them and initially were not too happy about it. With my B1 level French and their broken “I don’t need French”, we somehow started talking. They said their favorite players were Ronaldo, Neymar, Messi and Mbappé, and they would be happy to have their photos taken.

The next stage of our trip was Casablanca, where we arrived by train. The ride was hot but delightful, with a lot of people coming on and getting off. There were kids, men, women, and A LOT of luggage.

When we got to Morocco’s largest city, it seemed dead. We were just a week into Ramadan, and everybody was in the mosques for prayer. Once the prayer was finished, the families got together for iftar – the well-deserved dinner after an entire day of fasting.

On the next day, a lot of the questions I had as a child got their answers. Yes, people did do a lot of what people where I live do, but in a different way. They would go work out at the beach, kids would be paid for small services and so on.

The last stop of our trip was Fez, a place farther up north. Known as the city with the biggest Medina, getting around was confusing. When we finally made our way to the other end of the Medina, though, there was a donkey. It was tied to an old, rusty truck and there was a big boulevard on the other side. This is when I thought Morocco was a place where the people didn’t try to be like the West but are rather just the way their ancestors were.

“A Story About Moroccan Life” shows a world of judgement, poverty, interaction with nature and religion, then – just like our lives – it comes to an inevitable end at the graveyard. Morocco is a world of its own, a fascinating mix of French, Arab and Berber lifestyle in the age of artificial intelligence that is the 21st century.