A Walk Through the WWII Saint-Nazaire Building 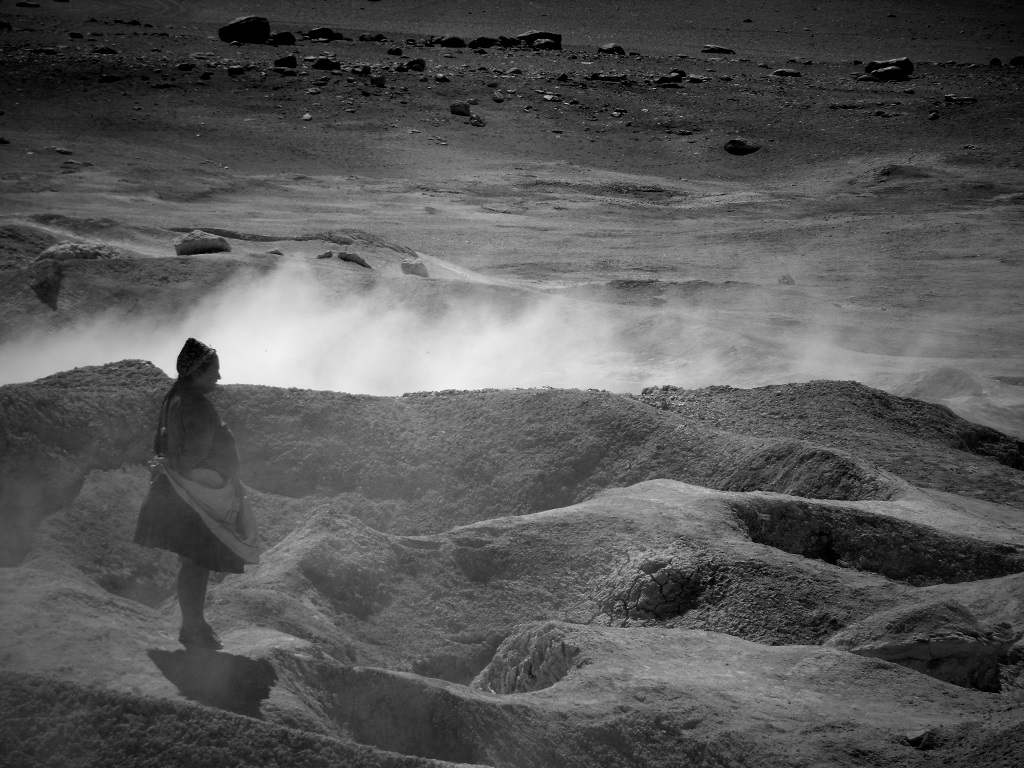 What is this place? Funny, but I still find myself asking that question after three years of living in Bolivia. Sometimes I ask it out of a sense of wonder and awe, and sometimes out of a pure lack of understanding or even disgust, but this is what makes living here so interesting.

I was born and raised in the U.S., Florida to be exact. My family are generally of the kind that put down roots. For some reason, I grew wings instead. I find travel and particularly residence in a foreign land to be eye and mind opening. New ways of life and cultures force you to question your childhood beliefs. This is not to say what our parents taught us is wrong, but their perspectives and habits are certainly not the only way of doing and seeing things. It is as one ancient piece of wisdom literature states, “there is accomplishment through many advisers”.

Bolivia has given me much in the way of new insights and perspectives. It is also the place where I met my dear husband. Since he is from Argentina, I am from the U.S. and we reside in Bolivia, we find ourselves in a certain third culture way of life. This, I feel has made us more tolerant and flexible, and it has given us a unique perspective that shows in our photography here. We are no longer tourists, but we are not locals, and culturally, we no longer feel we can claim to belong, in a concrete fashion, to any particular country or province. Documenting life here from that perspective has been a privilege and a pleasure, an enlightening experience.

Bolivia, though a small country, has just about every landscape you can imagine. The northern half of the country borders with Brazil and Peru forming part of the Amazon Basin. Rainforest, heat and humidity, red dirt, river monsters, jungle creatures and an overall extreme biodiversity are the order of the day. Here the main indigenous language is Moxeño, and in some isolated areas, people live just as they did hundreds of years ago, catching fish and hunting with arrows to survive. 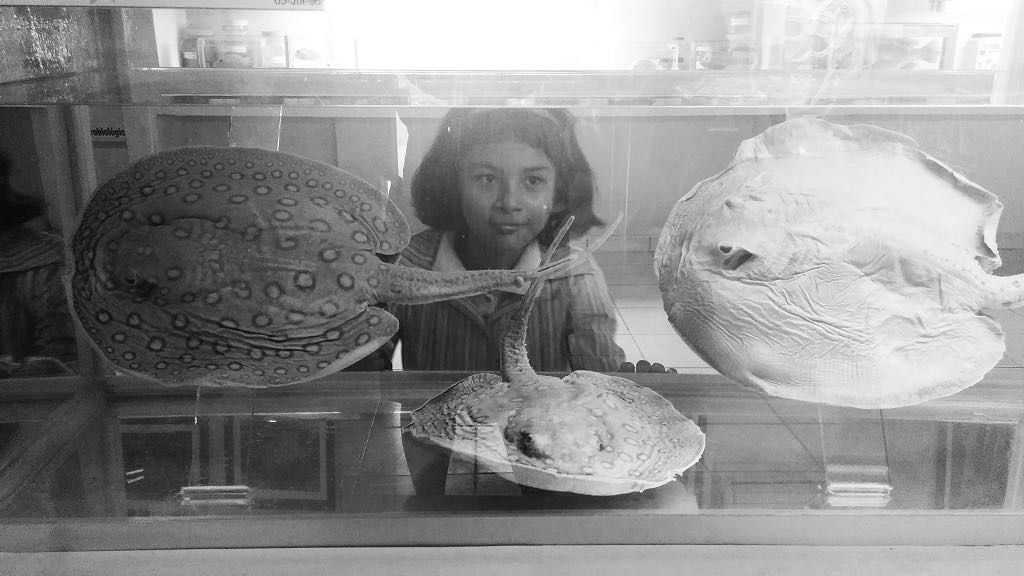 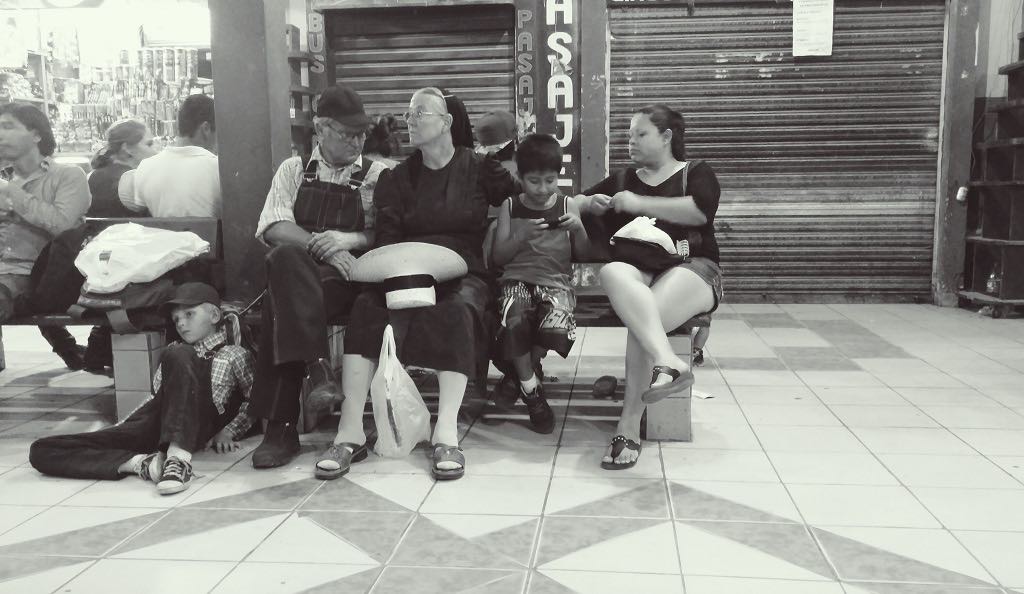 The southern half of the country borders with Argentina, Paraguay and Chile. To the west you’ll find La Paz, Oruro and Potosi, some of the world’s highest altitude cities. Here, it is not uncommon to hear people speaking Aymara, one of Bolivia’s many indigenous languages. The area is still steeped in indigenous customs as well. While most celebrations and traditions now involve saintly names and processions, it is easy to see that most of them are centered around pre-Christian indigenous rites, such as the worship of the Pachamama (Mother Earth). Landscapes are harsh, arid, sharp, and at the same time there is a singular beauty here that is difficult to describe. Llamas roam arid tracks of frigid land, munching on a few scrubby plants that pop up here and there. The part of the country is devoid of trees and in the more urban areas, countless houses can often be seen hanging precariously one over the other on steep mountainsides. 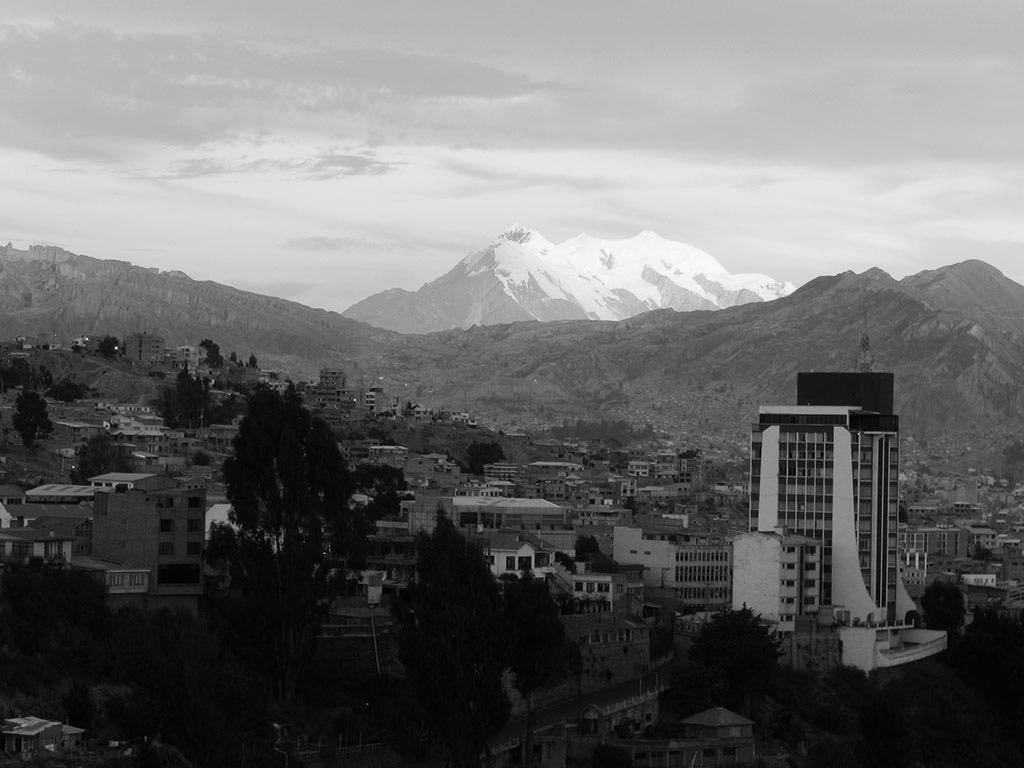 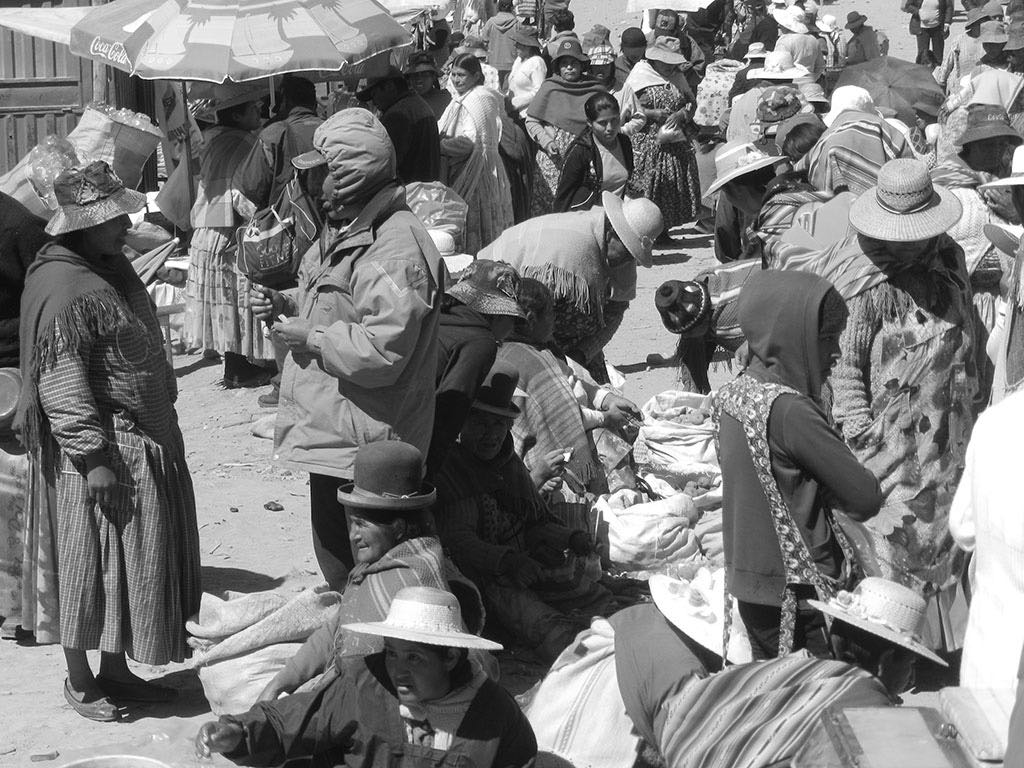 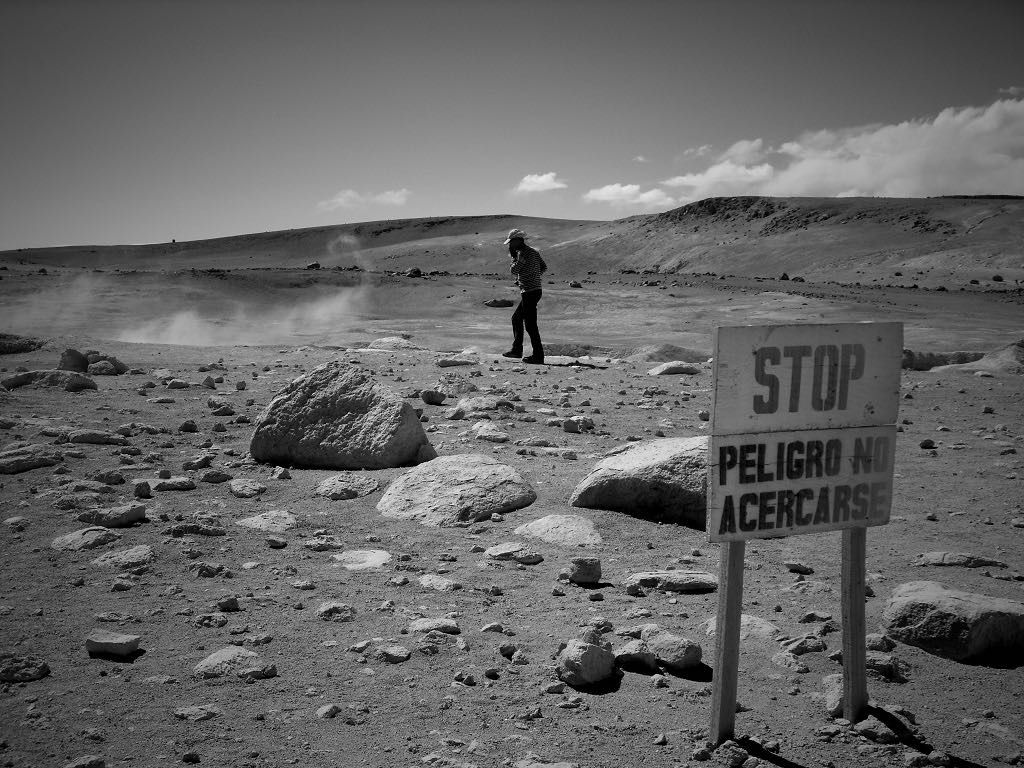 A tourist makes his way across a geyser field, Somewhere outside Uyuni – Ashley 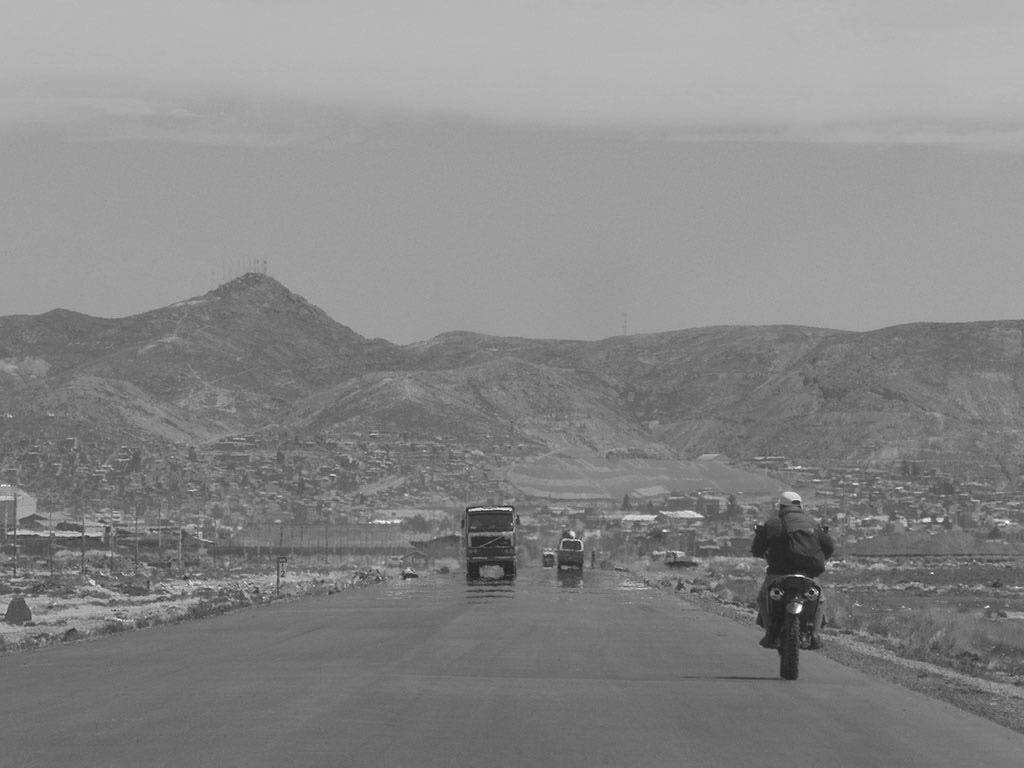 Oruro from a distance – Juan 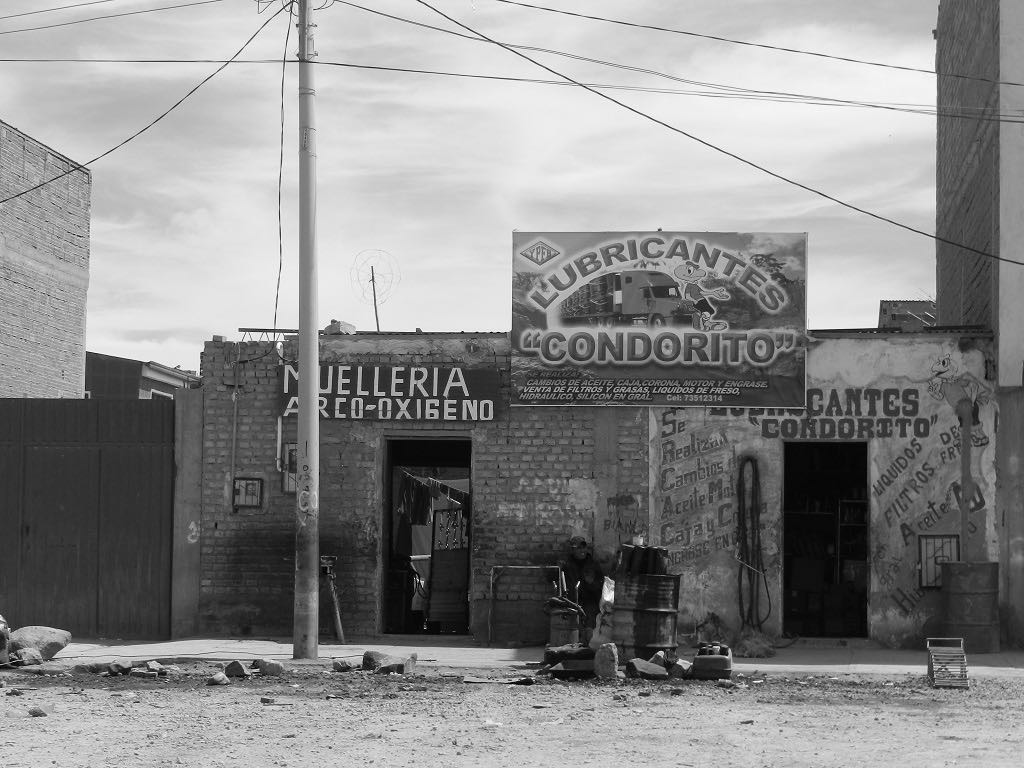 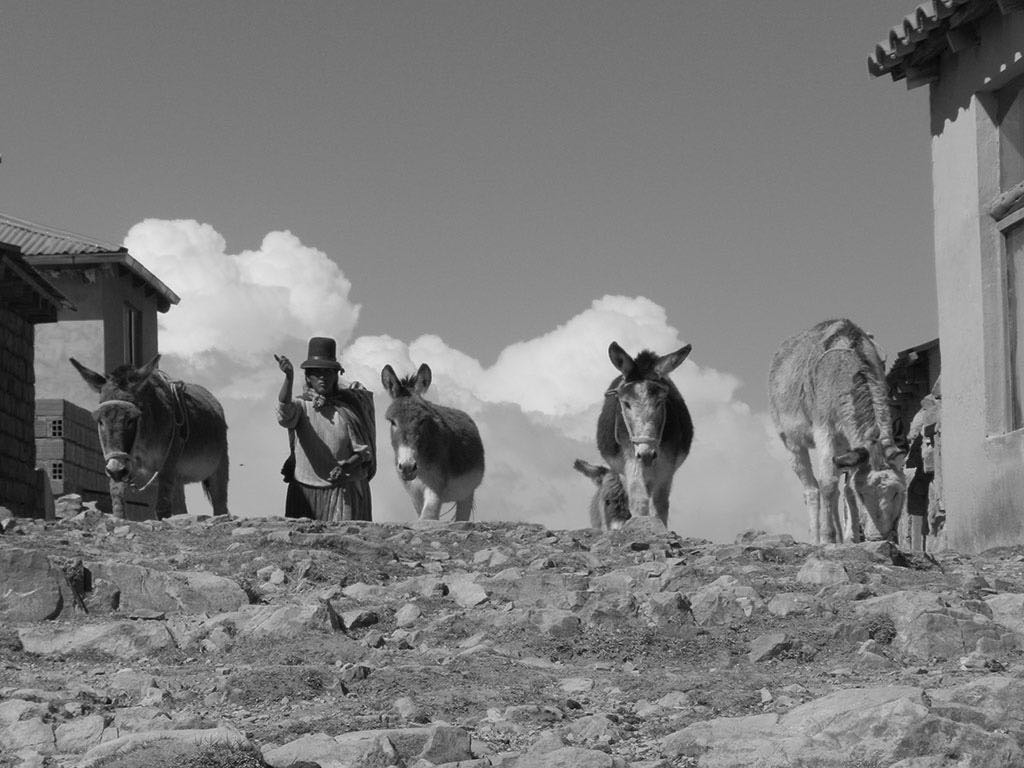 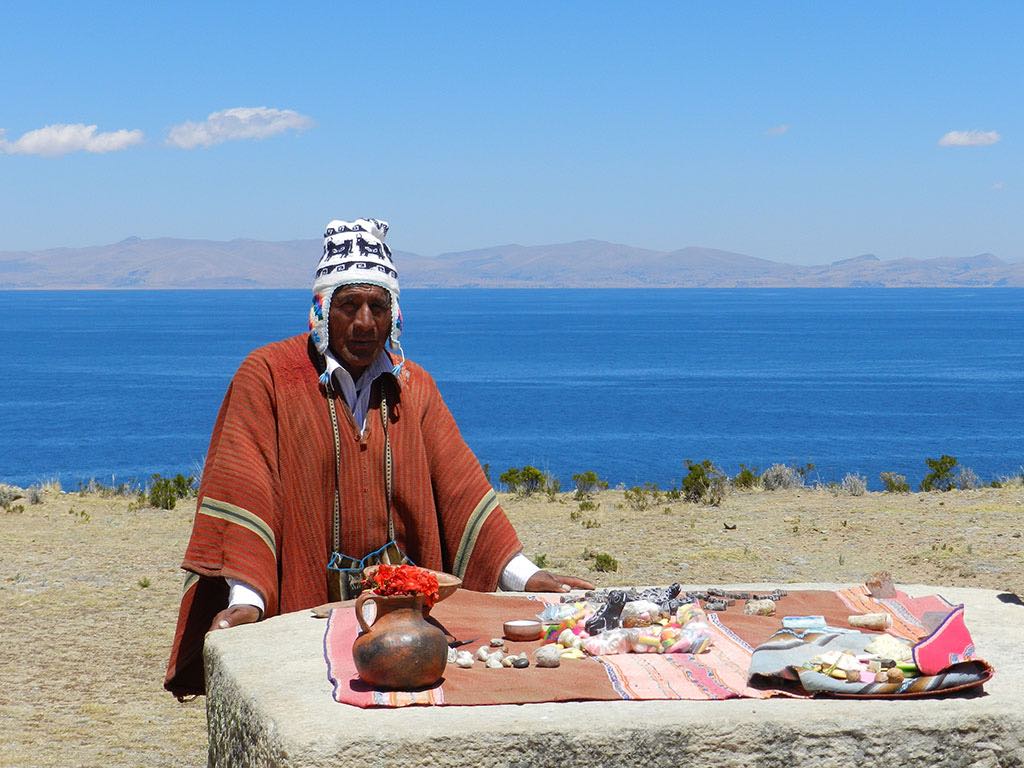 In the center of the country is Cochabamba, a valley city that has a high concentration of Quechua speakers. Here the city is filled with “cholitas”. Cholitas are women of indigenous backgrounds that wear traditional pleated skirts, Aguayo fabric draped around their shoulders, and two long shiny black braids. These hard working women often work right alongside their husbands, plowing, sowing seed and harvesting, in agricultural zones. This city is called the city of eternal spring, thanks to its lovely climate and greener landscape. Tall mountains loom around all edges of the city, protecting the city that lies below. 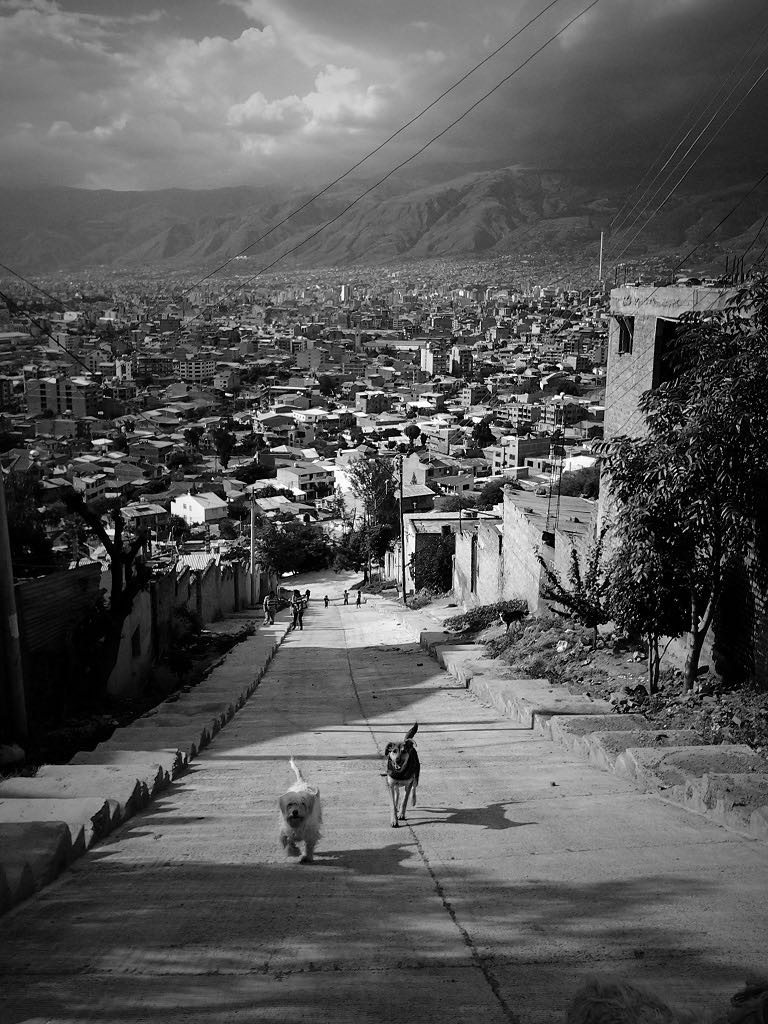 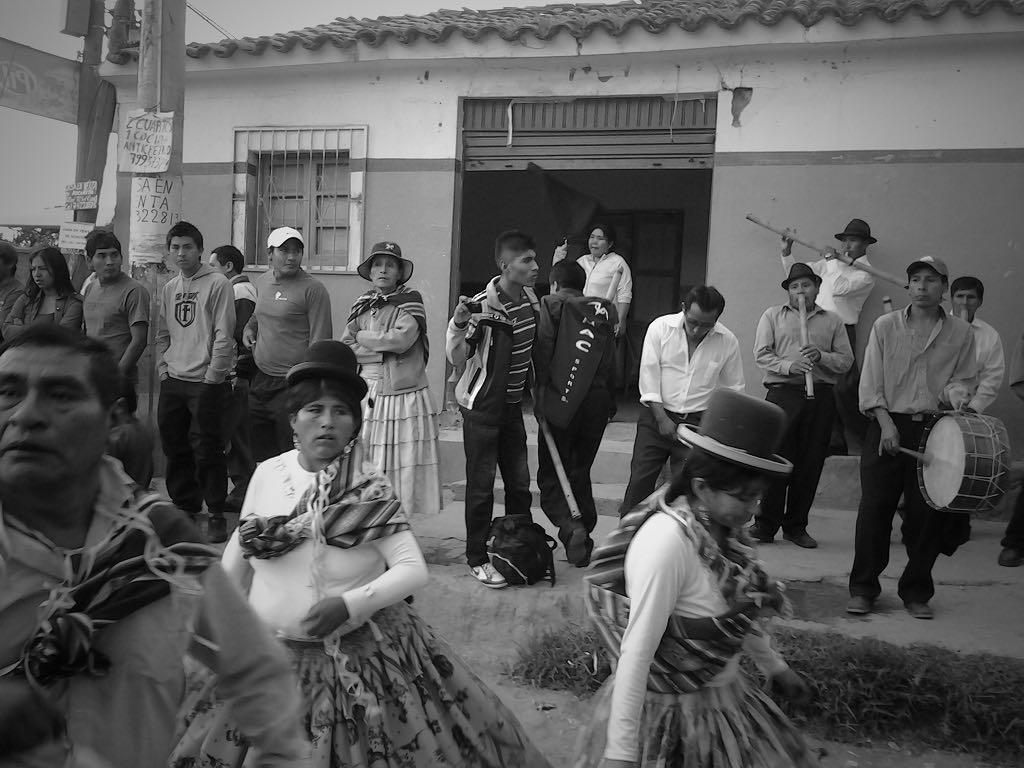 Cholitas dance down the street to music during Carnaval, Cochabamba – Juan 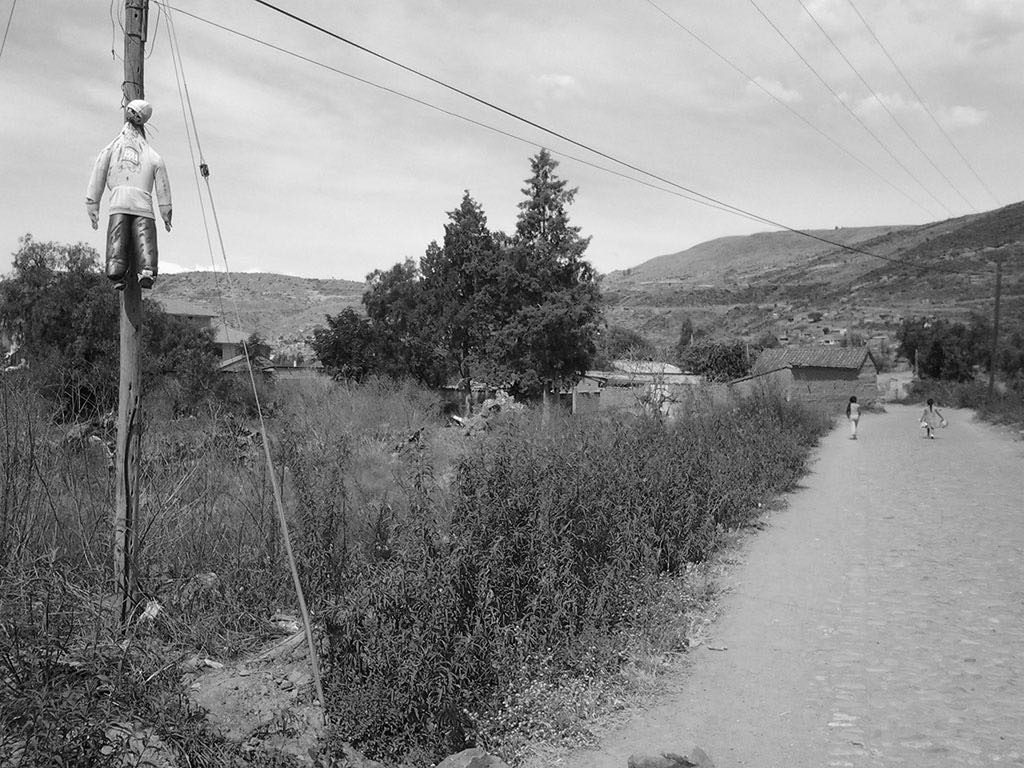 A hanging doll warns outsiders that the neighbors are prepared to lynch thieves and rapists, Cochabamba – Juan 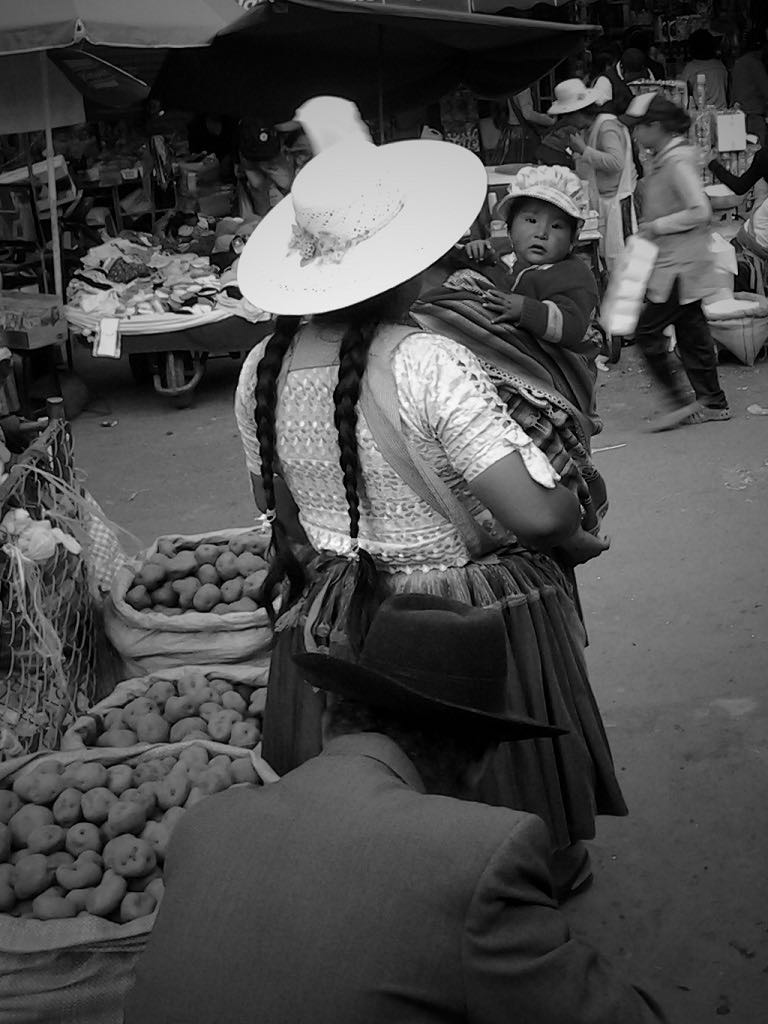 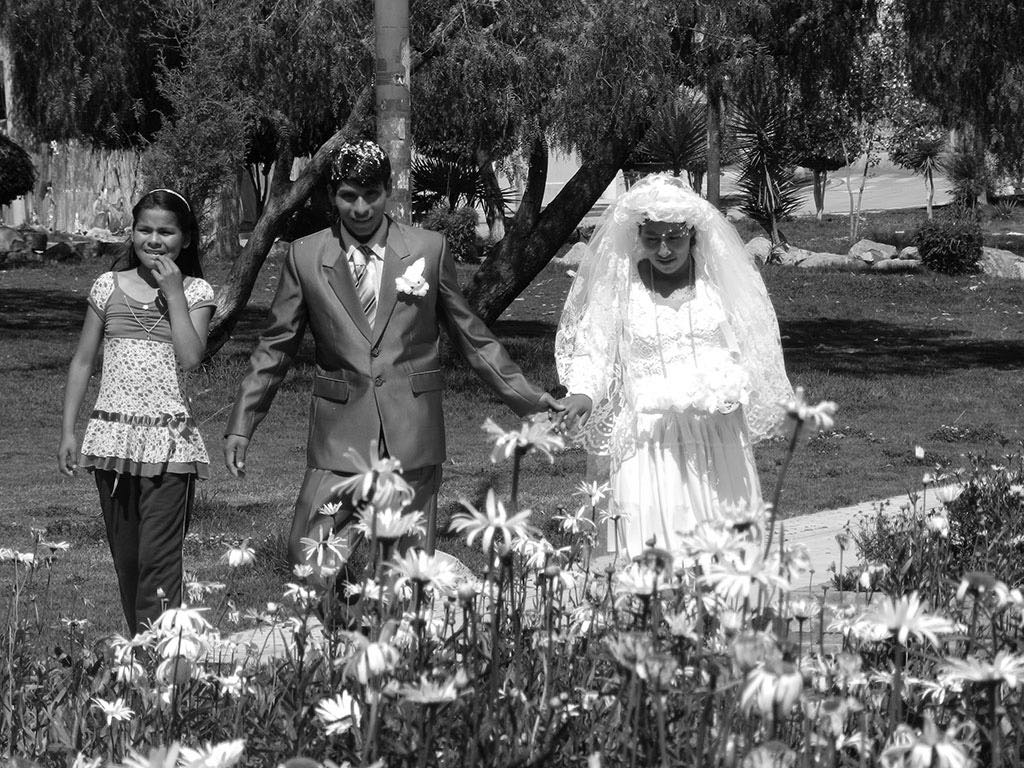 A couple takes wedding pictures in a park, Cochabamba – Juan

To the far south, bordering Argentina is Tarija. Here you could say the culture becomes blurred between Argentina and Bolivia. Tarija is quite dry, with large dry hills broken apart by tiny gorges carved during the rainy season, but there is greenery and small flowering trees around the city as well. At certain times of day a large blanket of clouds begins creeping over the mountains closest to the city. Vineyards fill the hilly land outside the city and people are accustomed to drinking a glass of wine with lunch and dinner. Tarija has a slow-paced, small town, agricultural feel that is quite different from the rest of the country. 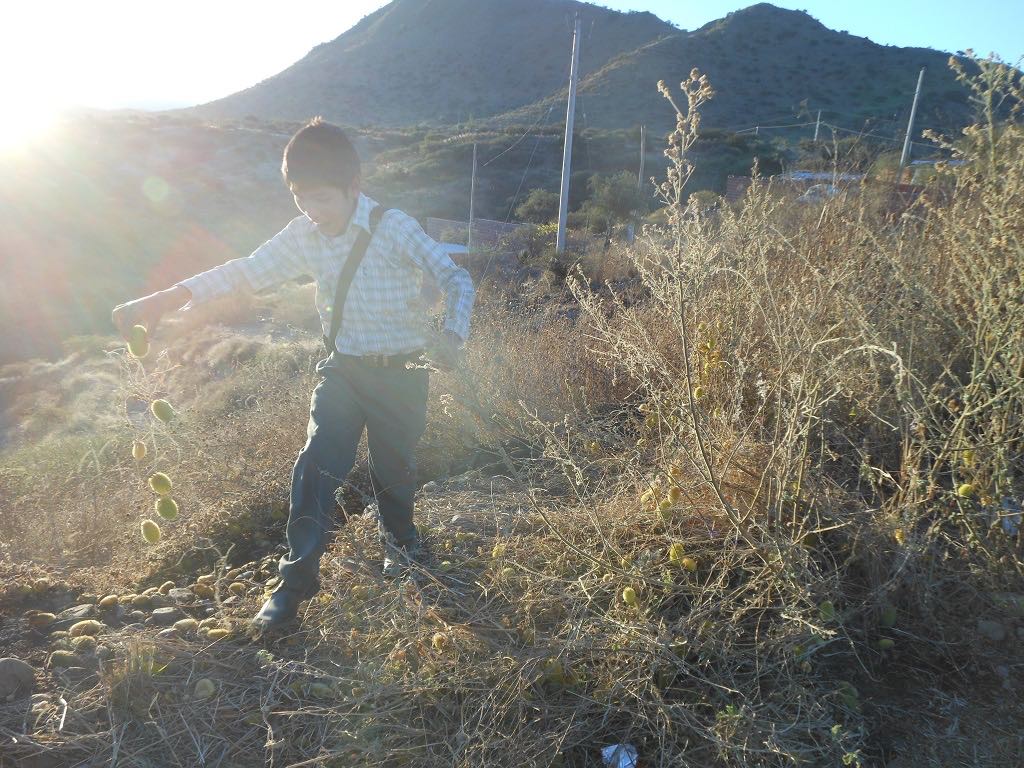 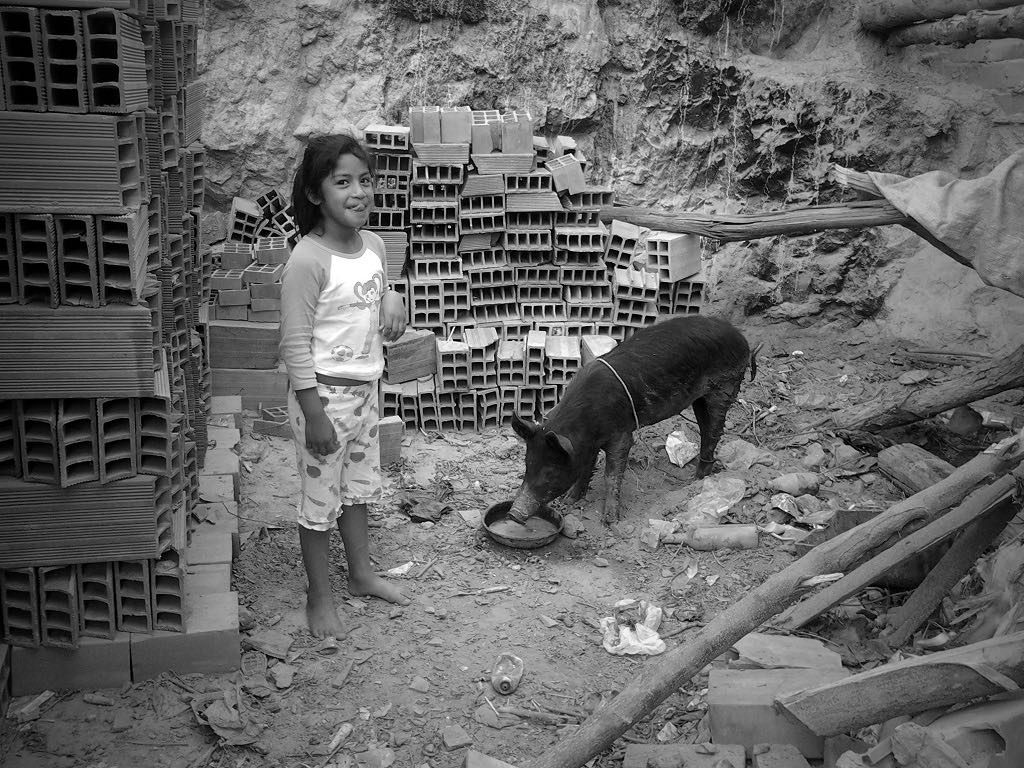 A child anticipates the weekend, when her family will eat this unsuspecting pig, Tarija – Ashley 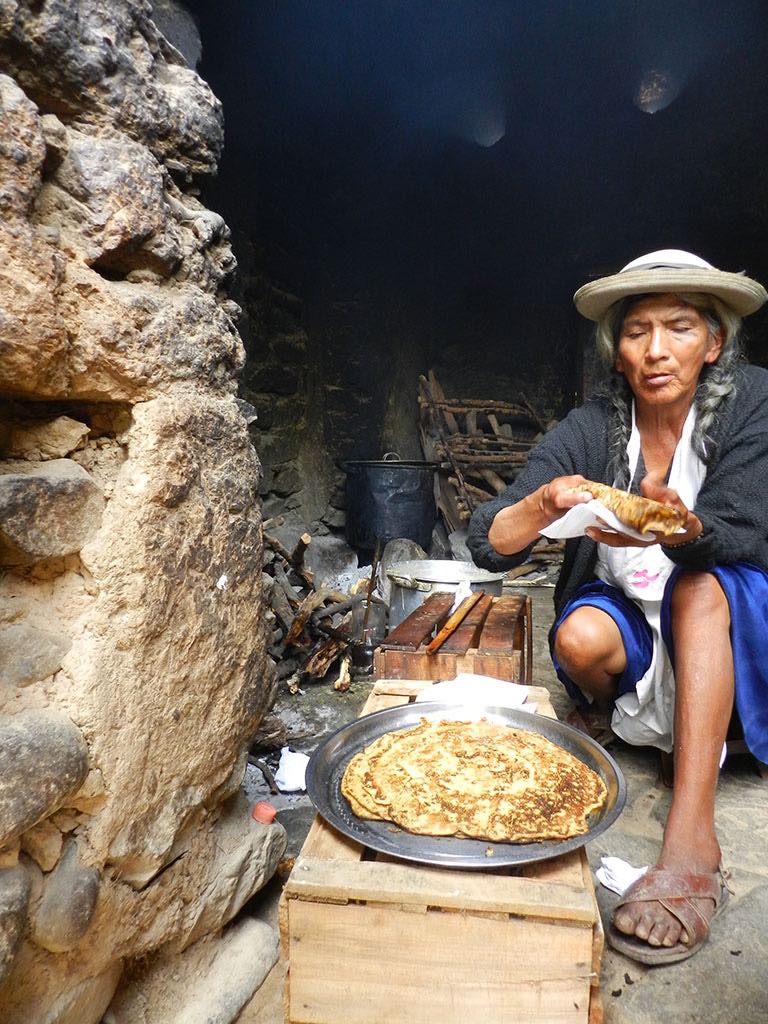 What Street Photography in Bolivia Means to Me

As an unspoken rule of ours, my husband and I move just about once a year. This has given us the opportunity to get to know several cities quite well, including Cochabamba, Tarija, and currently Trinidad.

Even still, there are times when I see things here – six people riding on one motorcycle, a downed airplane falling to pieces in a cow field, a marching band coming down the street with a large funeral procession, everyone headed to the cemetery by foot, a group of Mennonites in the bus terminal stubbornly refusing to be assimilated into the country they live in – things that capture my attention as unique, curious and strange. They may seem like small things, but I feel grateful in these moments knowing I would never have seen such things if I hadn’t left my home country. Even more grateful for the chance to freeze these moments in time, hoping I can relive them in the future and maybe even understand them one day.

There are other moments when I see a person, an event, even an object I feel a sudden proximity to. I feel identified with the cholita dressed in traditional clothing talking on her new age smart phone as I too am a mix of traditional and modern cultures. Laughing children playing in the street or a young couple walking around the city plaza remind me that despite our cultural differences I am the same as the people around me. These moments I must capture as well.

Could the images my husband and I have captured be considered works of art? Are they a tiny piece of history stored away for future generations? Maybe, maybe not. I can’t be sure. What I am sure of is that as I flip through the photos Juan Carlos and I have taken during our time here in Bolivia, I see places that are strangely beautiful, places that have come to feel like home for me, even if just for a brief moment. I see people, faces etched into my heart, that are extremely different from myself, and yet somehow the same. This makes street photography here valuable to me, these images are my treasures. 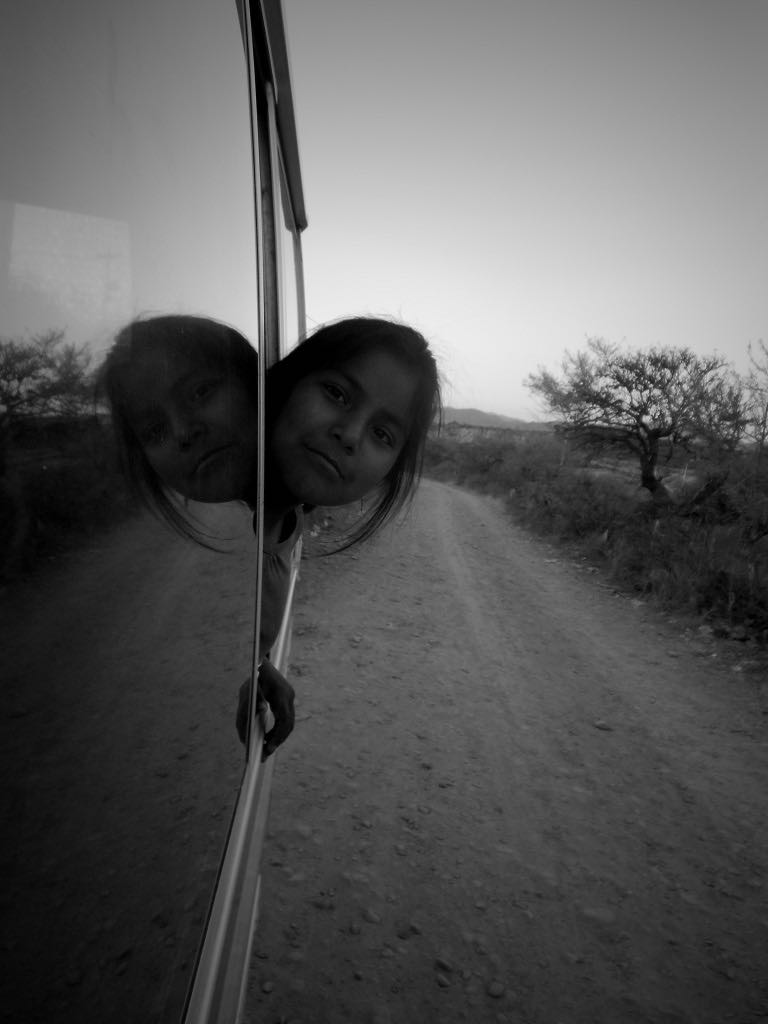 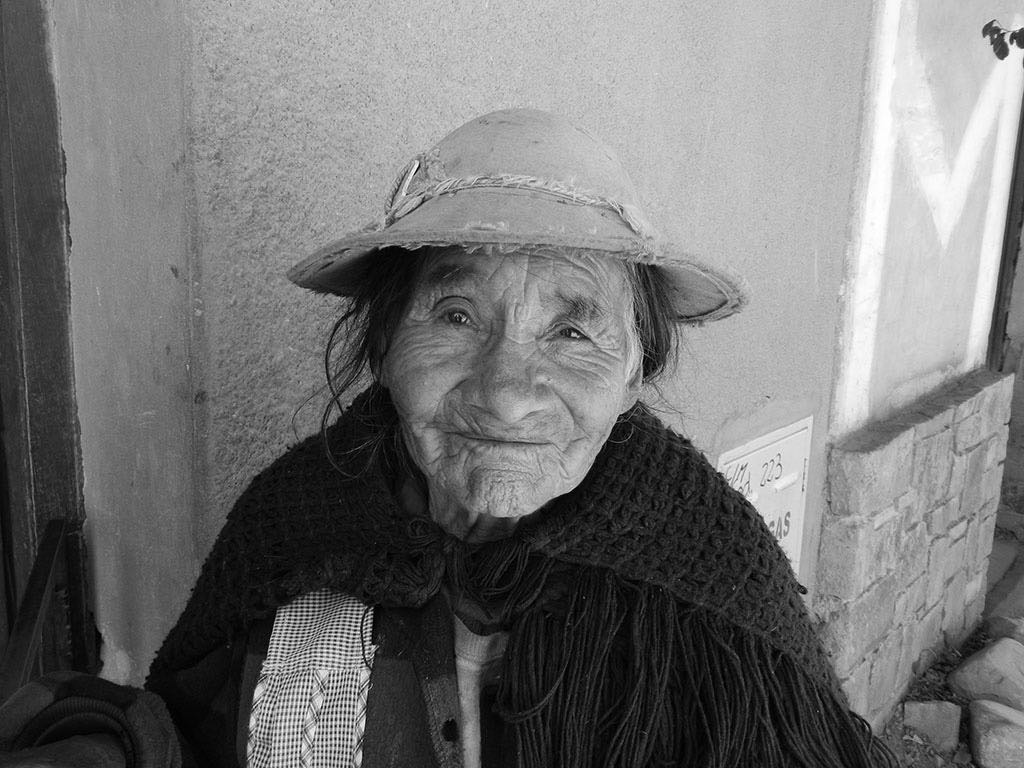 A resident of the tiny mountain town of Iscayachi – Juan

Just as I have been exposed to many different ways of life and cultures over the years, this small country has within it thousands of people who are related to one another and yet all unique and diverse. It is these differences I believe that make Bolivia an amazing place to document life, life that is made beautiful because it is so diverse.