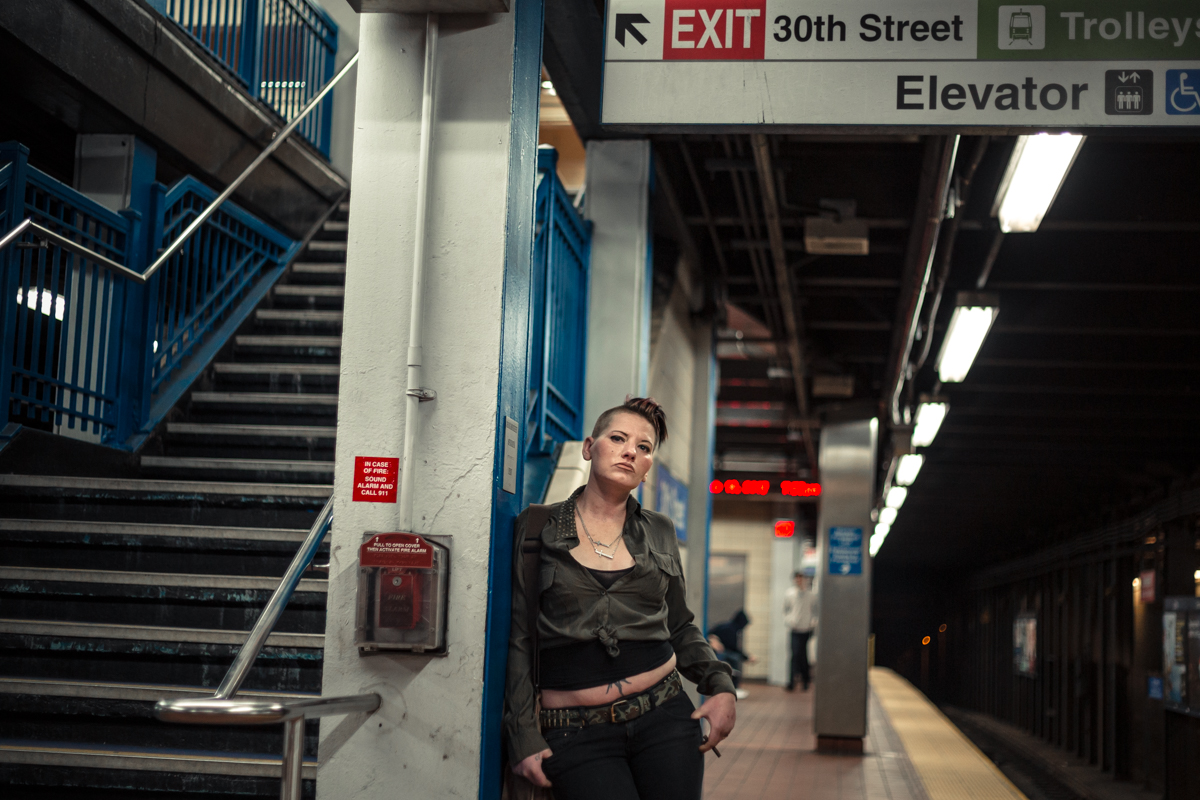 I’ve loved subway systems for as long as I can remember. The complex symbols, the intricate maps, the design of the stations, the rituals of travel – each aspect of the subway system fascinates me. I especially love the idea that, for a brief period of time, we suspend our notions of personal space and willingly squeeze into tiny compartments with complete strangers. And I love that all of this happens underground, an alien place that most of us only visit for two reasons: to ride trains and to be buried. 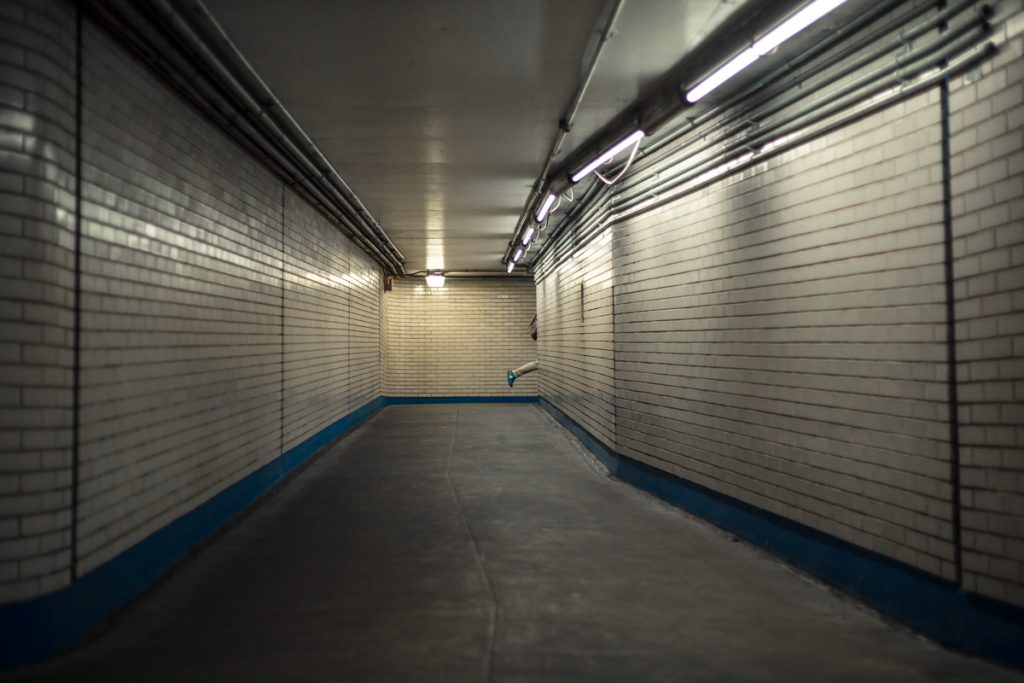 It is perhaps no wonder that we think of the underground as a transitional space, a place that we would rather pass through quickly and be out of again. I began to imagine what it would be like to enter the subway with the intention of staying there, to experience the transitional space as a destination in itself. After doing some research I discovered that SEPTA, the public transit system of Philadelphia, operates a 24-hour service on select lines over the weekends. In fact, Philadelphia is one of the only cities in the US (and, indeed, the world) to do so. So I invited my good friend and fellow photographer, Travis James, to the City of Brotherly Love to document 24 hours underground with me. 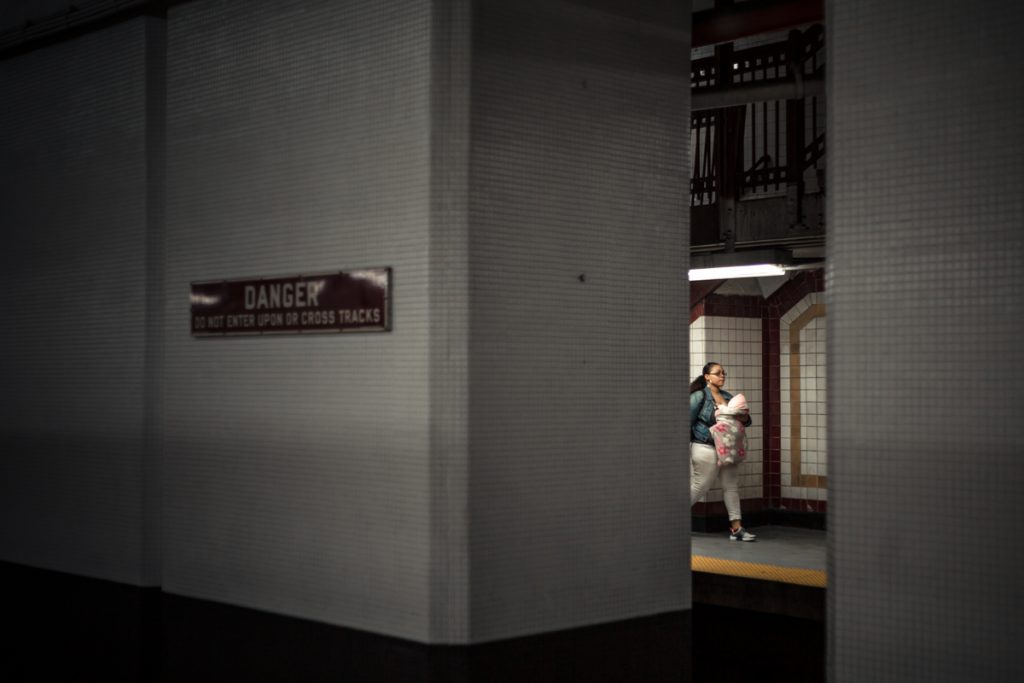 We entered City Hall Subway Station 9am on a Saturday in February, bringing with us only the following items: several bags of nuts and raisins, three bananas, four bottles of water, two sandwiches and a pair of cameras equipped with 50 millimeter lenses. We switched our phones over to airplane mode, made a final trip to the bathroom, purchased our tickets for $2.25 and descended below. 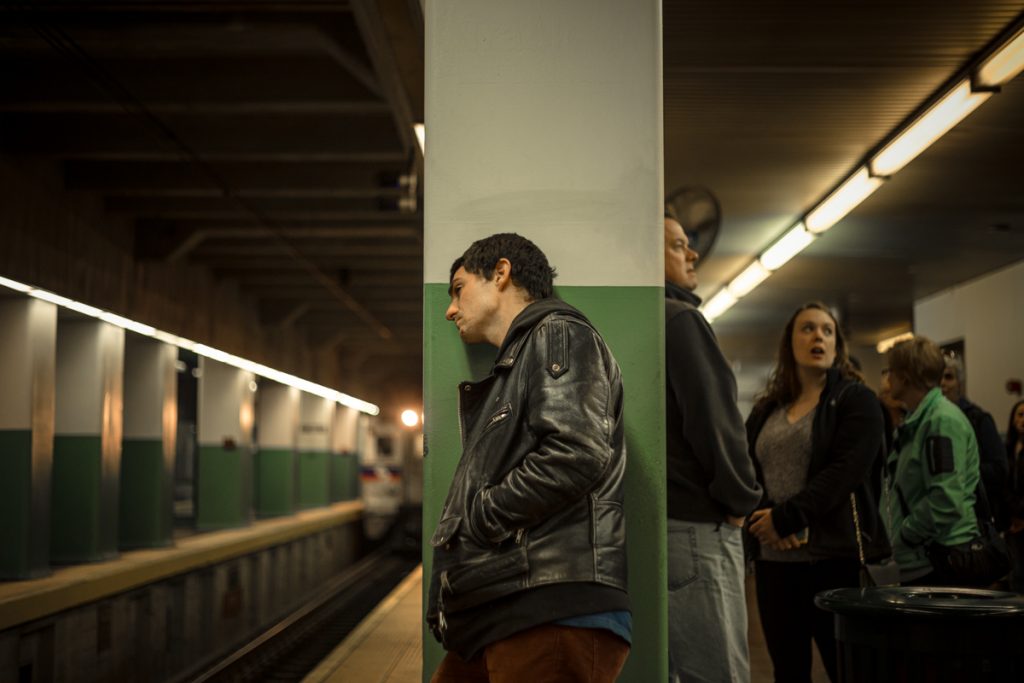 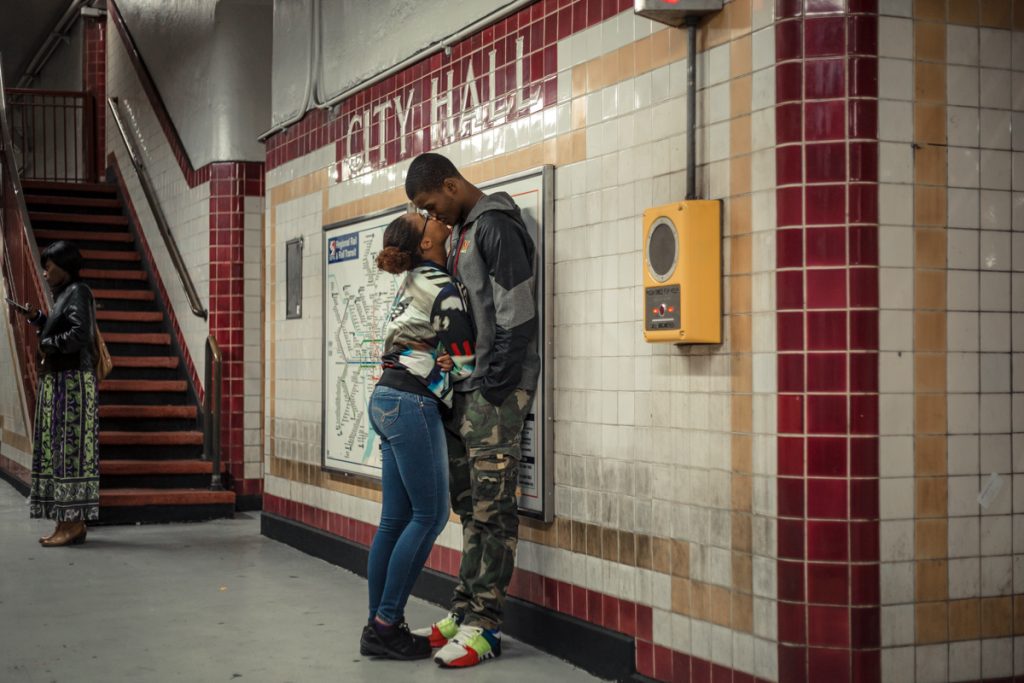 With nowhere to go, as it were, we established a routine of semi-intentional wandering: jumping on a train at one station, riding for a few stops and then hopping off again. As we made our laps through the urban subspace, we witnessed a succession of momentary intimacies: A homeless man holding the door for a late commuter. Lovers kissing and quarrelling in urine-stained stairwells. Buskers serenading listless shift workers. A jackhammer operator playing peek-a-boo with a passing child. Strangers squeezing wordlessly together and then separating as silently as they had arrived; flashes of the individual among the anonymity. 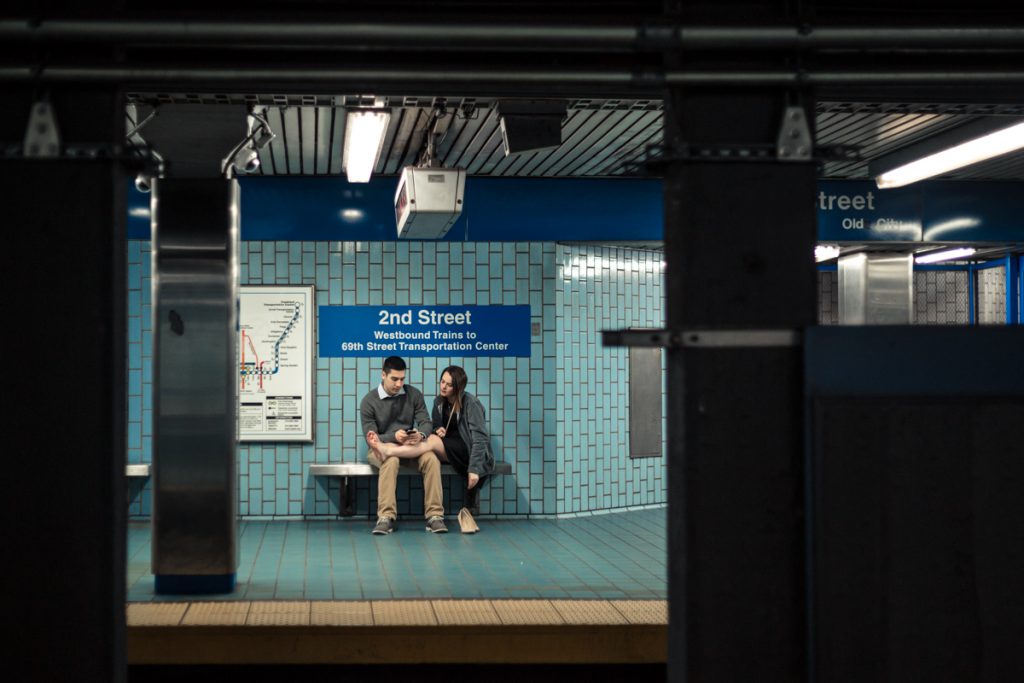 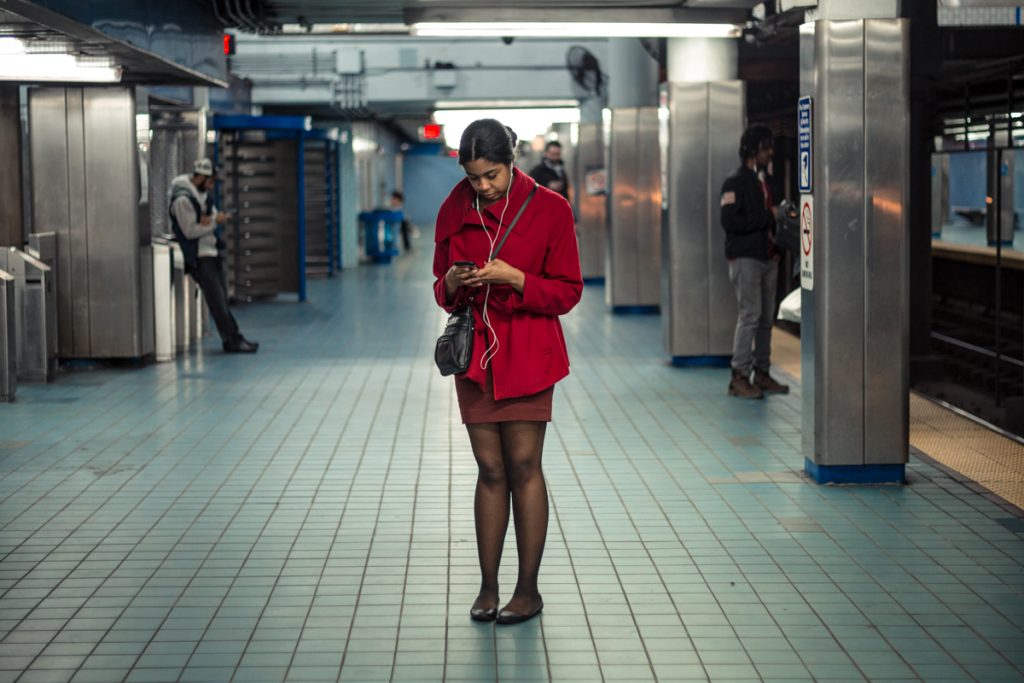 As the day wore on to night, the trains emptied and the interconnected stations became a sprawling and exhausted public housing project for the homeless escaping from the winter’s cold. We joined them on the benches, floors and bathrooms, wherever there was space and warmth. Each time we began to fall asleep, the police arrived to prod us awake again. Under the glare of constant lighting, keeping track of time had become impossible, if not irrelevant. We knew it was Sunday morning only by the smell of coffee and the squeak of church shoes on ceramic floor. 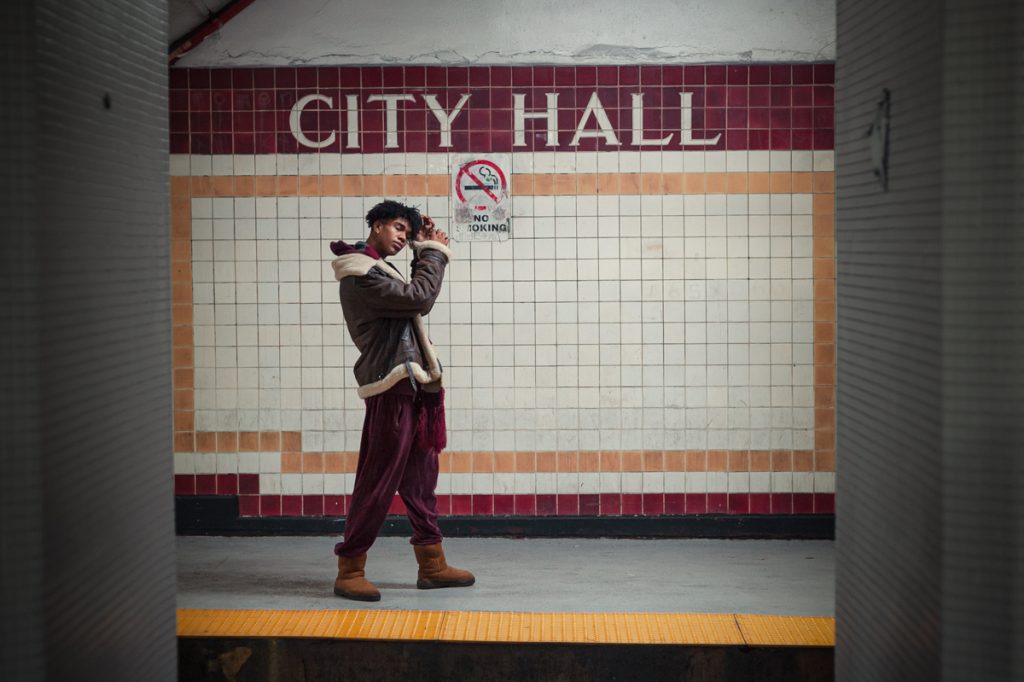 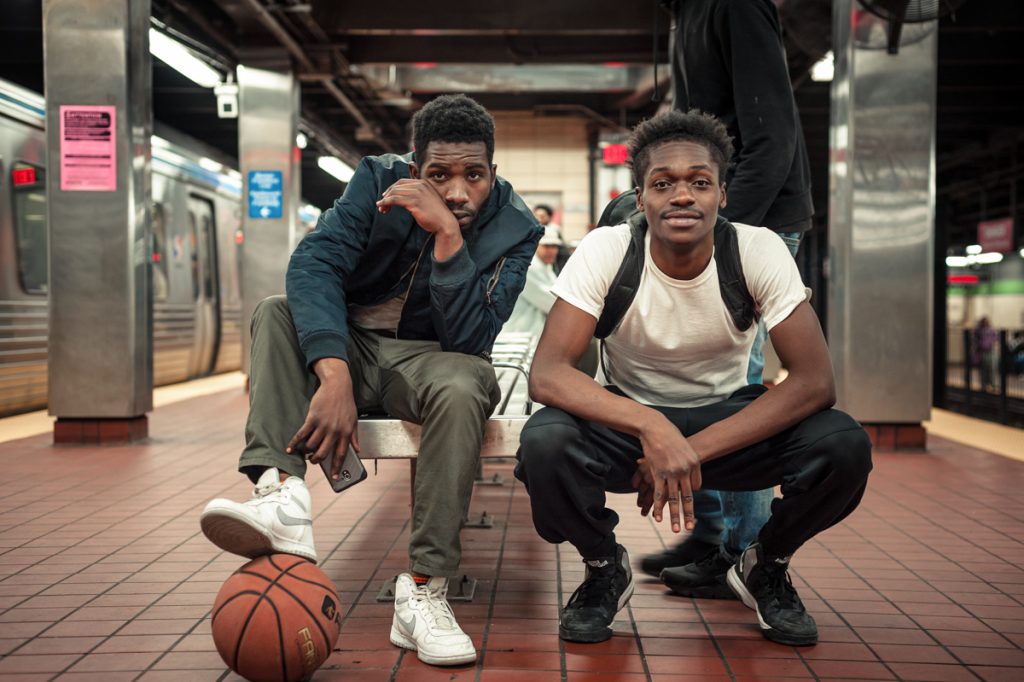 At 9am we stepped out of the underground and blinked into the everywhere brightness of the morning sun.  Bleary-eyed, we made our way to the first cafe that we could find.  While Travis was ordering at the counter, I found a seat, turned on my phone and began to idly scroll through the news.  It has become rare that we afford ourselves even a day away from our devices — 24 hours underground had felt like a long time.  It occurred to me then that everyday life has started to feel a bit like transitional space, something that we are perpetually passing through and yet arriving nowhere. 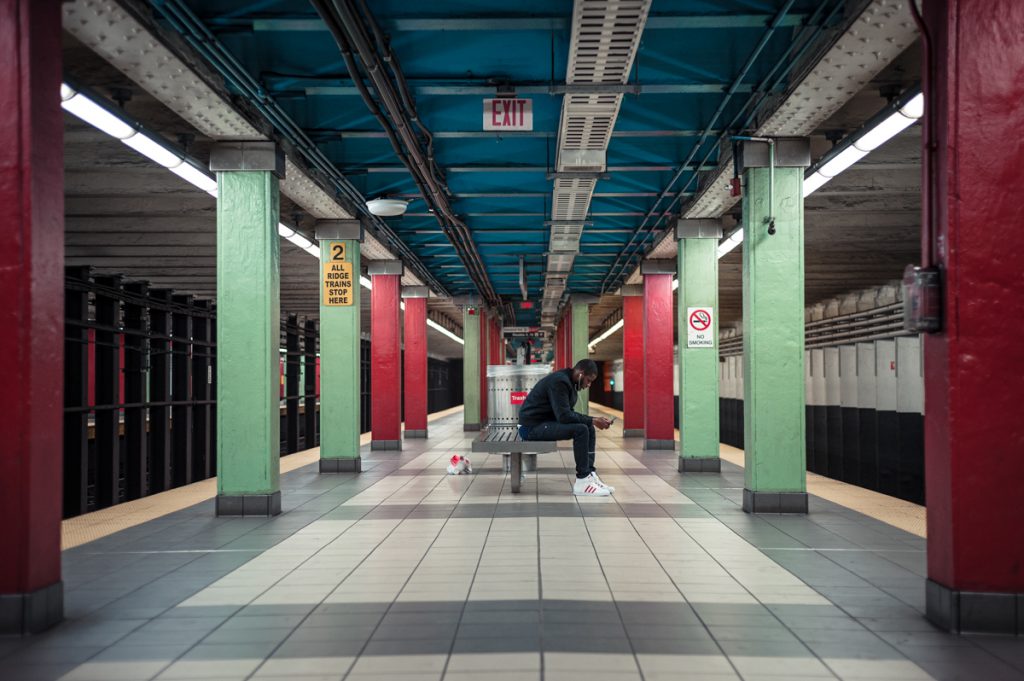 “I got you a coffee and a bagel” I heard a voice close to me say.  I looked up and saw Travis sitting across from me, smiling.  I hadn’t even noticed that he had returned from the ordering counter.  “Thank you”, I said, placing the bagel and coffee in front of me on the table.  Then I reached over and turned off my phone.  We spent the rest of the morning chatting and gazing at the passing crowds out the window. 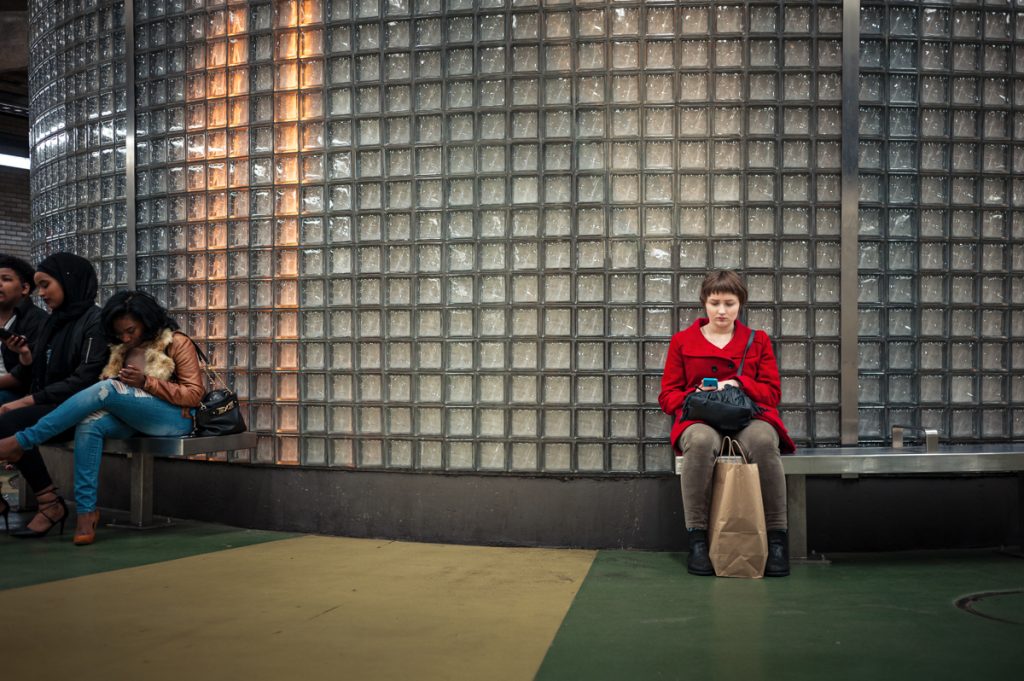 Editor’s Note: This project was conceived, shot, edited and compiled by Michael O. Snyder, who invited Travis James as a collaborating photographer.  The collection includes images from both photographers.

Michael O. Snyder is a photographer, filmmaker, and environmental scientist who uses his combined knowledge of visual storytelling and conservation to create narratives that connect people to the other-than-human-world and drive social change.  Snyder’s projects are built through partnerships with nonprofit organizations and harness the power of positive storytelling in order to shift the narrative about what it means to live well on this planet without destroying it. As founder of Interdependent Pictures, he has directed films in the Arctic, the Amazon, the Himalaya, and East Africa.

His work has been featured by National Geographic, The Guardian, VOX, Roads & Kingdoms, The Washington Post, High Country News, Condé Nast, NPR, Political Science & Politics, and Social Documentary. His films have been selected to over 40 festivals and have taken home numerous awards.

He holds an MSc in Environmental Sustainability from the University of Edinburgh, Scotland. He is a Rotary Ambassadorial Scholar, a Blue Earth Photographer, a Fearless Photographer, and the co-founder of two environmental organizations. An adventurer at heart, Mike has hiked the Appalachian and John Muir Trails, cycled across Europe, and ridden trains across Siberia. Originally from a small town in Appalachia, Michael has lived around the world including long-term stints in Scotland, Japan, Hawaii, and New Zealand.  He currently resides in Charlottesville, Virginia with his wife and son.

Travis James (b. 1980) was born an observer, admirer, and empathizer. His photographic work is preoccupied with longing, waiting, anticipation, and potential energy: Tightly coiled springs, a long sigh before walking on stage, a nervous smile, the silent moment when the baby stops crying, the barely contained joy. You can see some of the best photographs he’s taken, along with a selection of collections, at www.tomamepictures.com.