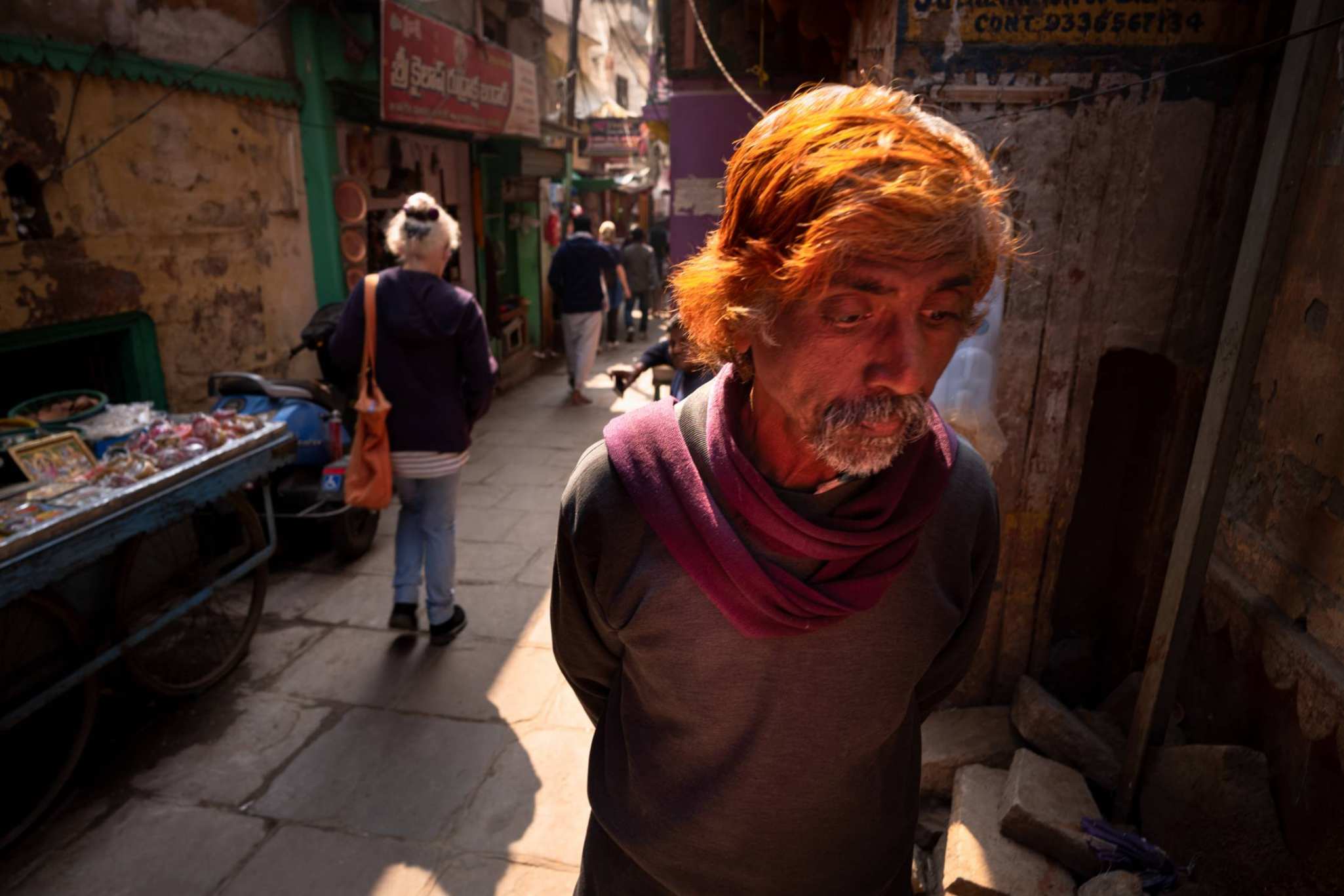 What makes the 21mm focal length special? Because they squeeze a wider-than-“normal” field of view into the same frame size, wide-angle lenses change the spatial relationships within the frame so that subjects seem farther from the camera and the apparent distance between objects (in some cases, the objects themselves) are elongated. This is true to some extent of all lenses wider than 50mm (assuming a full-frame 35mm camera), but when the lens is more than twice as wide as normal, i.e., 24mm or wider for 35mm full frame, known as “ultra-wide,” the visual geometry is strikingly different, which yields both creative opportunities and challenges. The extended field of view also produces more depth of field, so visually speaking, a 21mm lens often means a frame with much more information, but also more elements to compose. Explaining his choice of the 50mm focal length, Henri Cartier-Bresson once commented that with wider lenses, “there are too many elements, and something is always in the wrong place.” Managing the potentially complex frame on the fly is one of the biggest challenges of wide-angle street photography.

When you think of classic street photography, often normal to slightly wide focal lengths come to mind: Cartier Bresson’s 50mm, Robert Frank’s 50 and 35, Garry Winogrand’s 28. I initially shot with those lenses and contentedly followed in the footsteps of my idols. Then I took a workshop with famed New York street photographer Harvey Stein and he shook things up by recalling a teacher’s advice: “get a 21mm lens and go to Coney Island.” Stein proceeded to build a career around those guidelines and after studying his photos I eventually bought a 21 prime of my own. Three years on, that lens is a favorite.

It took me awhile to make the mental adjustment to a wider field of view. Too often, in the early going, I ended up with weak compositions and was cropping the image down to how it would have appeared at 28 or even 35mm. A fudge factor for cropping is, frankly, a waste of optical technology. It supports sloppy habits and you don’t learn much. Eventually, with a lot of practice and experimentation, I began to use the lens purposefully, understanding its unique capabilities and selecting it for the specific cases when it helps me create exactly the picture I have in mind. As an additional benefit, I feel that the effort I put into learning a new focal length improved my photographs. I began picking the best lens for creating the image I want to make – not just settling for the best photo I can make with the lens that happens to be on the camera at the time.

If you’re going ultra-wide, why stop at 21? It’s a valid question and there are certainly many intriguing images made at even wider focal lengths. For me, 21mm is a street photography sweet spot, providing the benefits of a broad field of view without a distracting amount of distortion (as long as I keep the focal plane parallel to the subject). When I’m in the street I want the subject to shine more than technique or technology. It’s fun to see “ain’t this cool” fisheye shots, but that style of image isn’t what I aspire to. If you haven’t shot in the street with a wider lens I encourage you to give it a try. It may take you down intriguing new paths of visual exploration. Here are examples of seven situations when 21mm is my ideal focal length:

#1 When I’m physically close to my subject and also want to provide some context.

The 21 is a great lens for times when I must be or choose to be close to the subject – in crowds is one example – and also want to show some context. In this situation the 21 gives me the best of both worlds: even though I’m right up against my subject, the frame also captures more details to flesh out the story. Any time I’m going to a bustling city, market, or event I always bring the 21 along.

#2 When I want to enhance the sense of depth with a vanishing point.

In situations where there are receding parallel lines (a classic example is railroad tracks) and I want to create a strong feeling of depth by highlighting the vanishing point, I reach for the 21. Its ability to elongate perspective lines without much distortion in the foreground, along with generous depth of field, allows me to create images that convey a powerful sense of depth in space.

#3 When I actually want some distortion.

Potential distortion is a known issue with ultra-wide lenses, but sometimes you can use this attribute to creative effect. That’s another benefit of the 21: you can tame the distortion by keeping the focal plane parallel to your subject, or unleash it by deliberately framing objects obliquely on the edges or in corners. Less wide lenses don’t have this option, while wider ones are much harder to tame. Of course I take my 21 to Coney Island. The distortion that the lens produces is a perfect way to depict Coney’s exaggerated and surreal vibe.

Architectural photography is frequently mentioned as a common use case for ultra-wide lenses. In tight quarters, especially indoors, the 21 really shines, whether I want to shoot the building itself or the people and things that occupy it. The ability to find a happy medium between a wide field of view and not too much distortion means the 21mm focal length is a favorite when I shoot indoors.

When the lens is “ultra-wide,” the visual geometry is strikingly different, which yields both creative opportunities and challenges.

#5 When I want to emphasize the distance between foreground and background.

Sometimes the dramatic effect I’m after depends on strong contrast between foreground and background. The 21 is great at exaggerating the distance between near and far elements, while keeping it all reasonably in focus.

I feel that the effort I put into learning a new focal length improved my photographs. I began picking the best lens for creating the image I want to make – not just settling for the best photo I can make with the lens that happens to be on the camera at the time.

#6 When I want to play with scale.

On the other hand, sometimes I want to downplay depth and play with scale. As the 21 renders distant objects much smaller than they would normally appear, it offers the ability to frame near and far elements in a manner that creates surprising and fun juxtapositions. I can’t play this type of optical trick unless I have a 21 in my bag.

#7 When I want to include lots of background details in the image.

When I’m confronted with a scene where I want to associate disparate elements by bringing them into the same frame, I appreciate the 21’s wide field of view. Yes, there’s still the challenge of arranging everything into a strong composition, but there are times when storytelling dictates a complex visual space. The 21 is a great tool for bringing it all together.