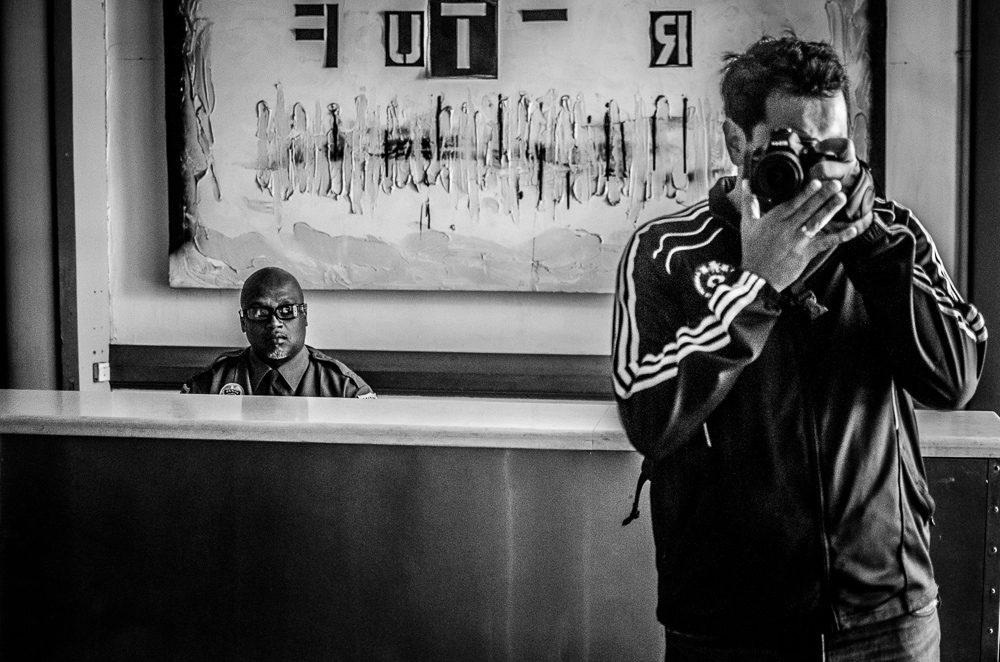 Alveraz’s background is a unique combination of experiences that have prepared him for shooting on the street. As a former cab driver on the mean streets of San Diego, he’s fearless. He credits his former career as an investigator in the retail industry for making him a keen observer of people. He’s also a filmmaker, which gives him a natural eye for composition.

Taken collectively, his work tells a story of life in a neglected neighborhood in downtown Los Angeles. His style can be described as assertive, which means he doesn’t sit on the sidelines or back away. He’s far from shy and gets up close and personal with many of his subjects.

However, as a practicing Buddhist Alveraz approaches Street shooting with a mind like water, expecting nothing and accepting what comes his way. Working in the same neighborhood for many months has given him an opportunity to know many of the characters in his ever unfolding story of life in the city.

You can hear the interview with Alveraz in the August 2013 (Issue 3) of Street Photography Magazine.