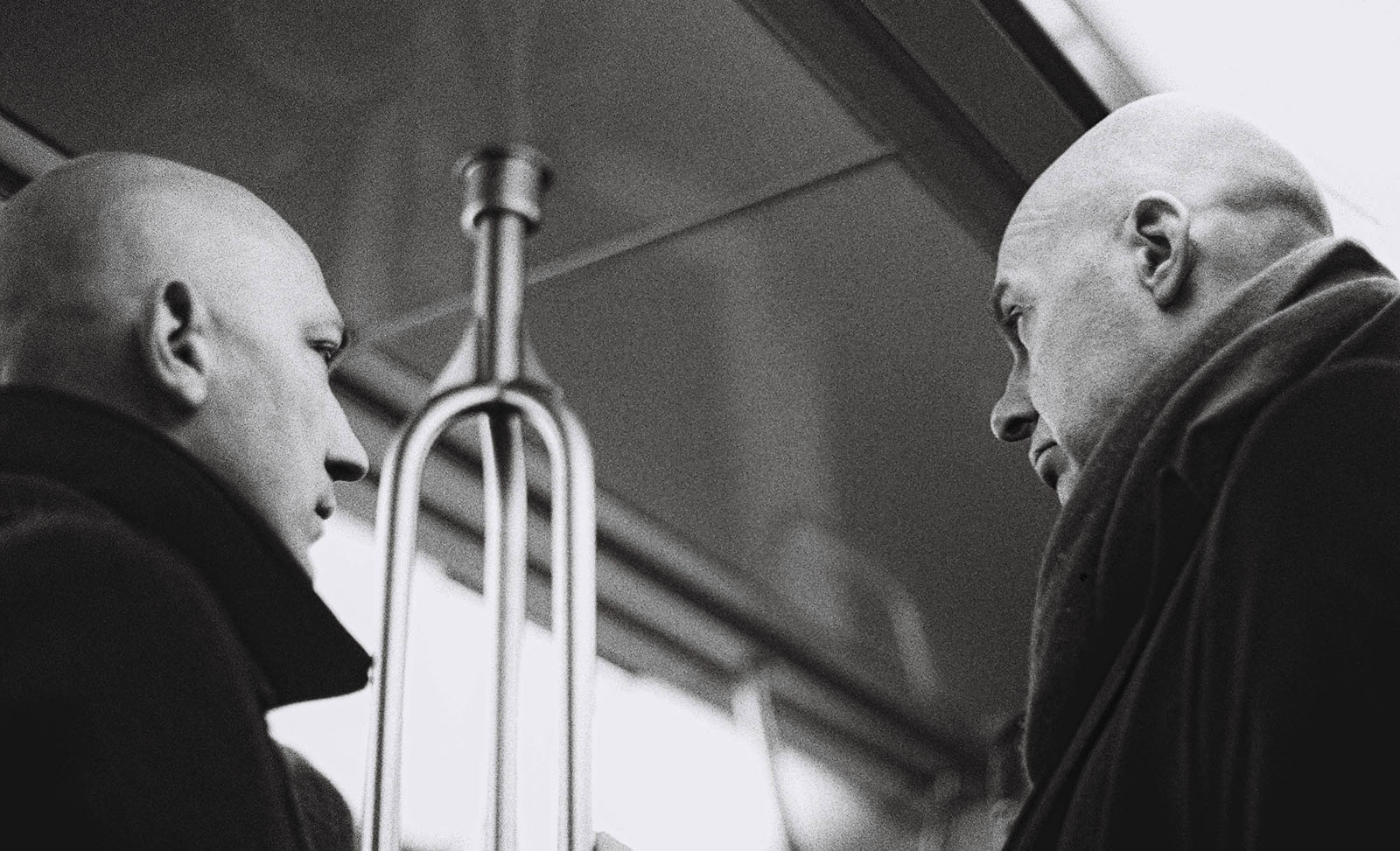 Like every large metropolis, there is an outside and underground life. Two different cities that are both open and hidden: it’s on this world that I focused my camera for 6 months. 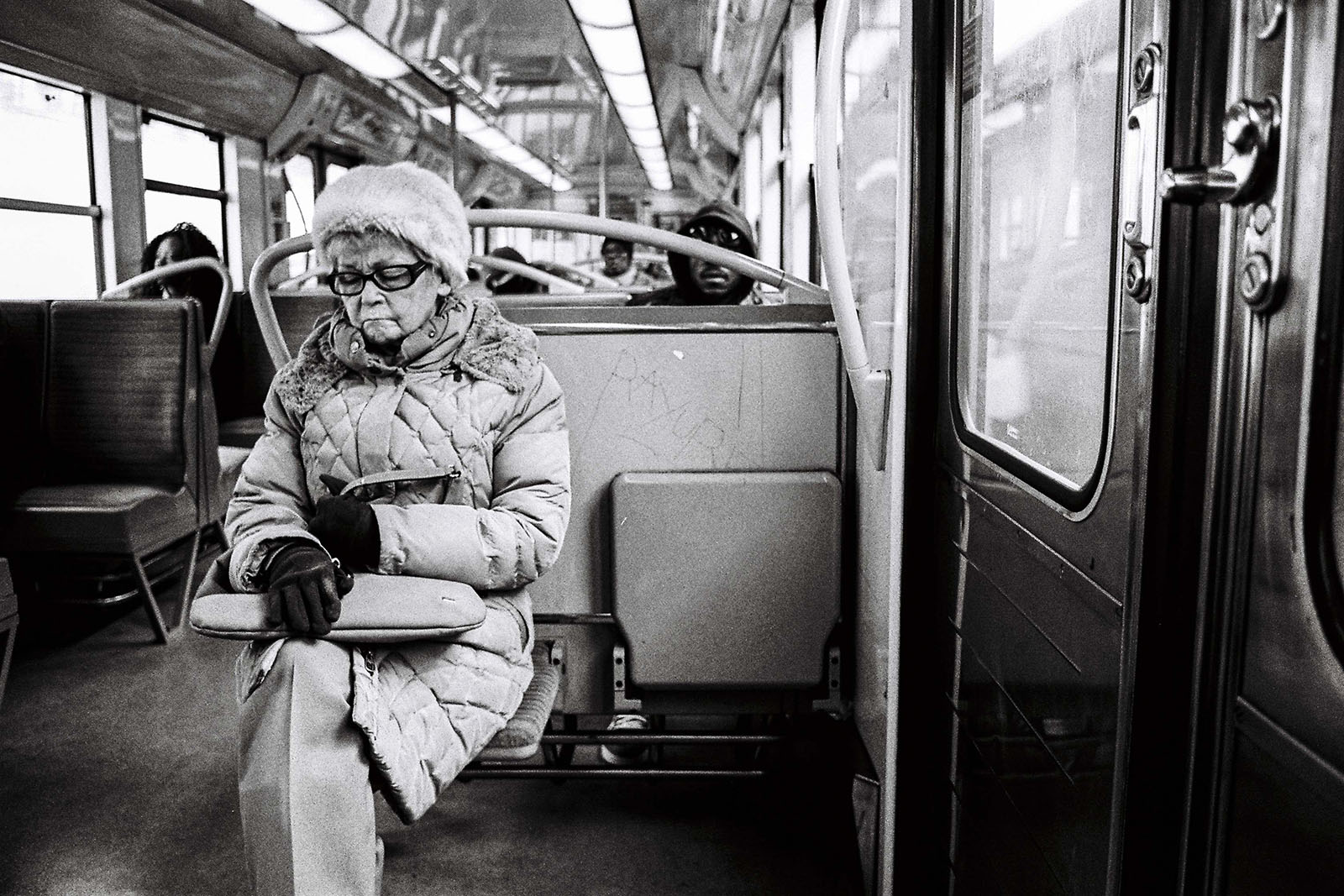 The subway is a second world – hidden, dark and dirty – where people spend a non-negligible time of their day regarding their location in Paris or its suburbs. They meet for one stop or the whole subway line depending on their journey. This is one of the rare places in a city where people can sit closely for an instant, and take the time to look around them – if they aren’t on their smartphones. 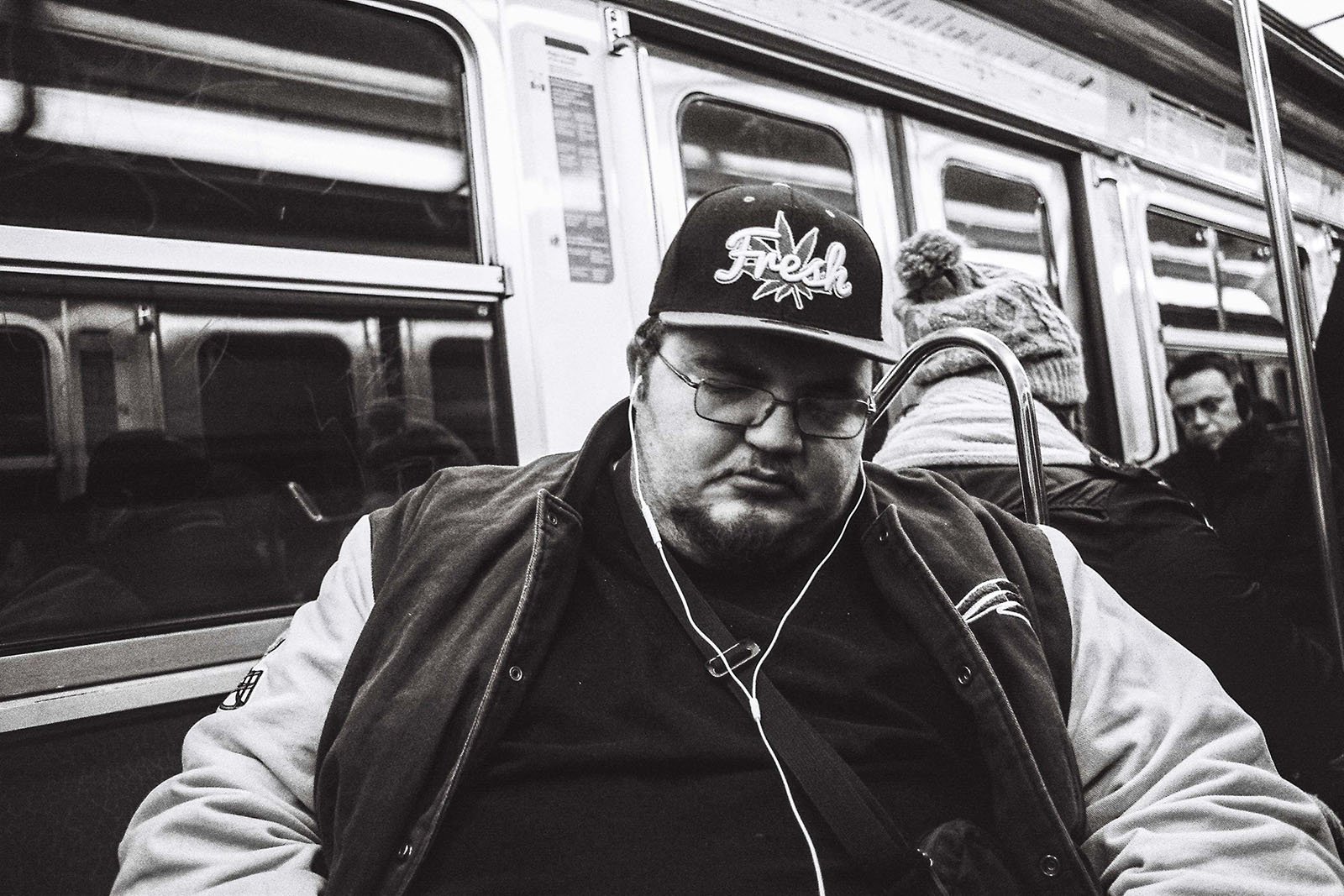 Students, workers, tourists or the homeless, the train packs this little world into boxes. It shows the plurality and the diversity of the city in one unique place. 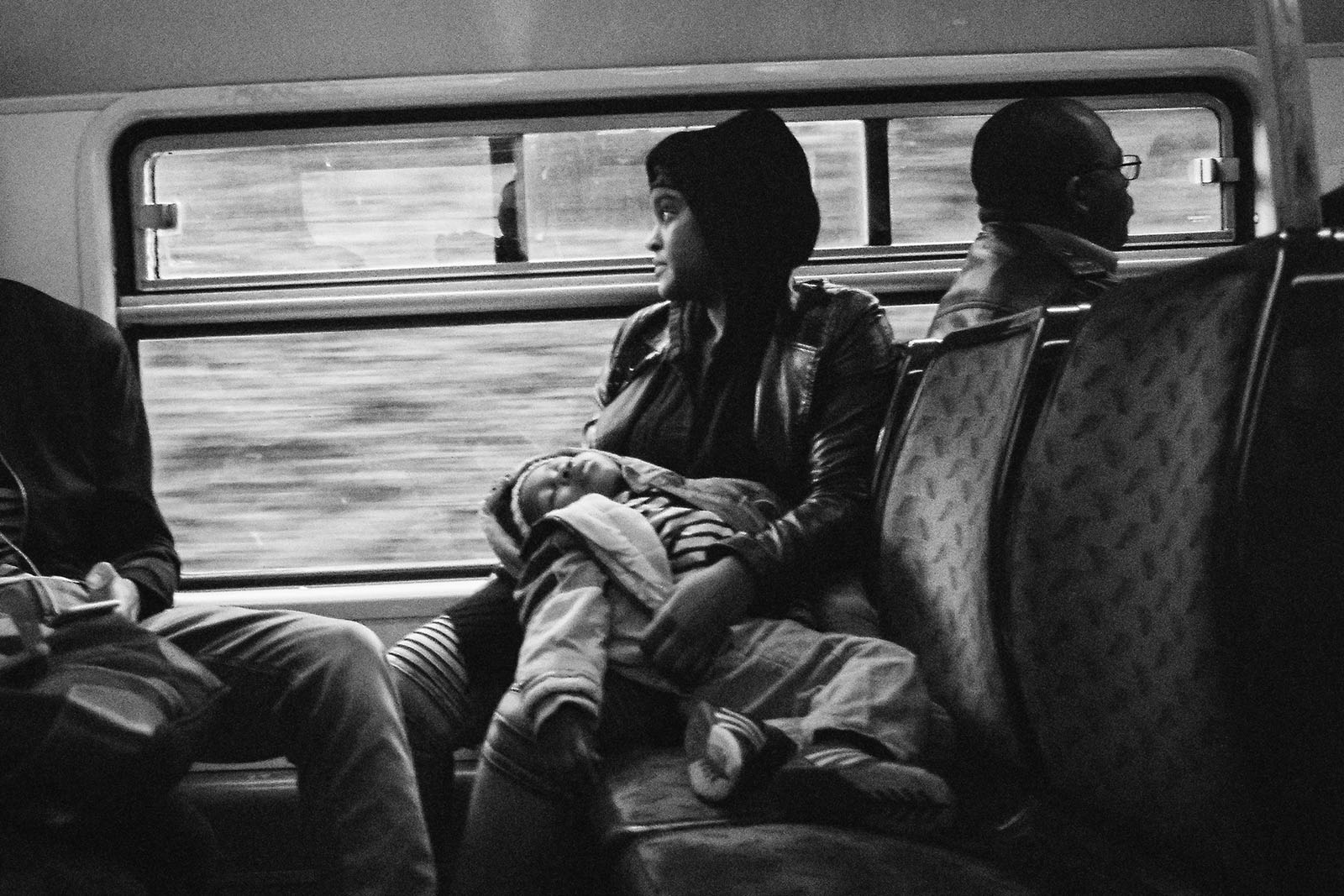 The first thing I do when I sit on the train is to look around all the people that surround me and “collect” in my mind all the faces I see. This is an infinite spectacle of life, where you guess who is who, who does what, what is the relationship between those people you see. 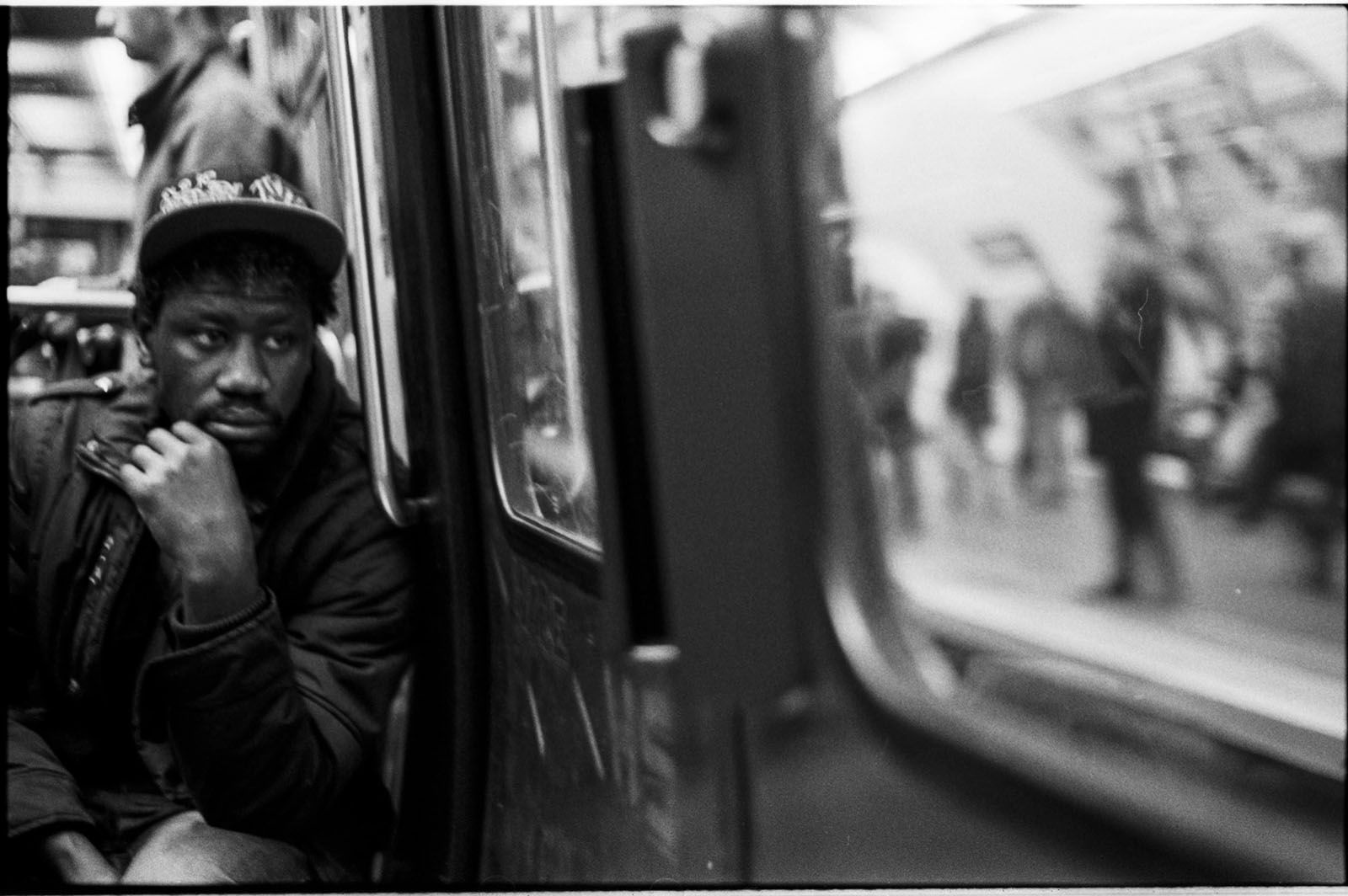 Are they parents, lovers or just friends or co-workers? The imagination can let you interpret all these things, but of course your conclusion remains subjective. This is a moment where you can really look into the eyes of strangers, speculate about their life, imagine the before and after this moment. 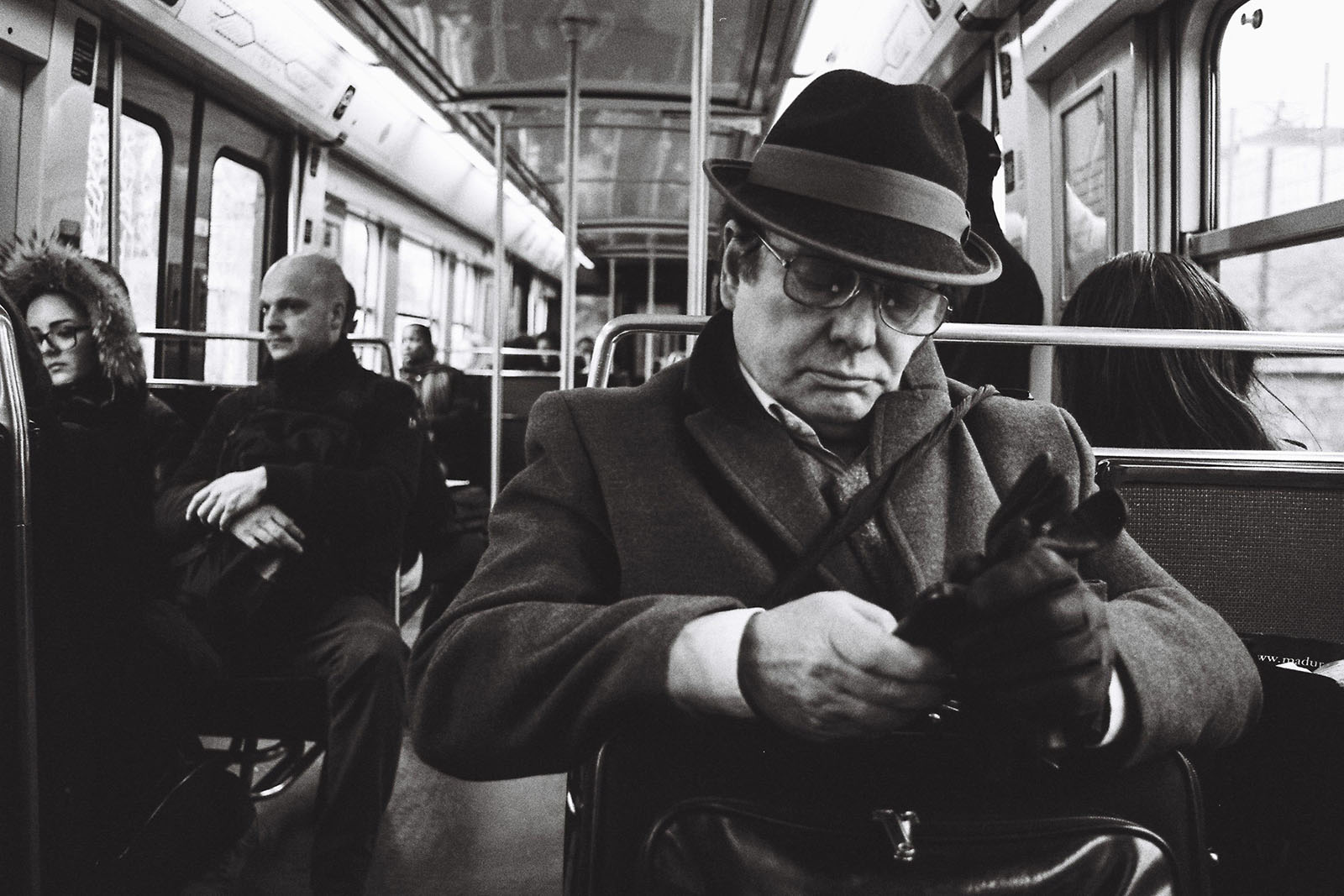 Some of them are asleep, other read, chat or daydream. When someone looks interesting from my point of view, I try to capture this moment without being noticed, and add it to my underground bestiary. 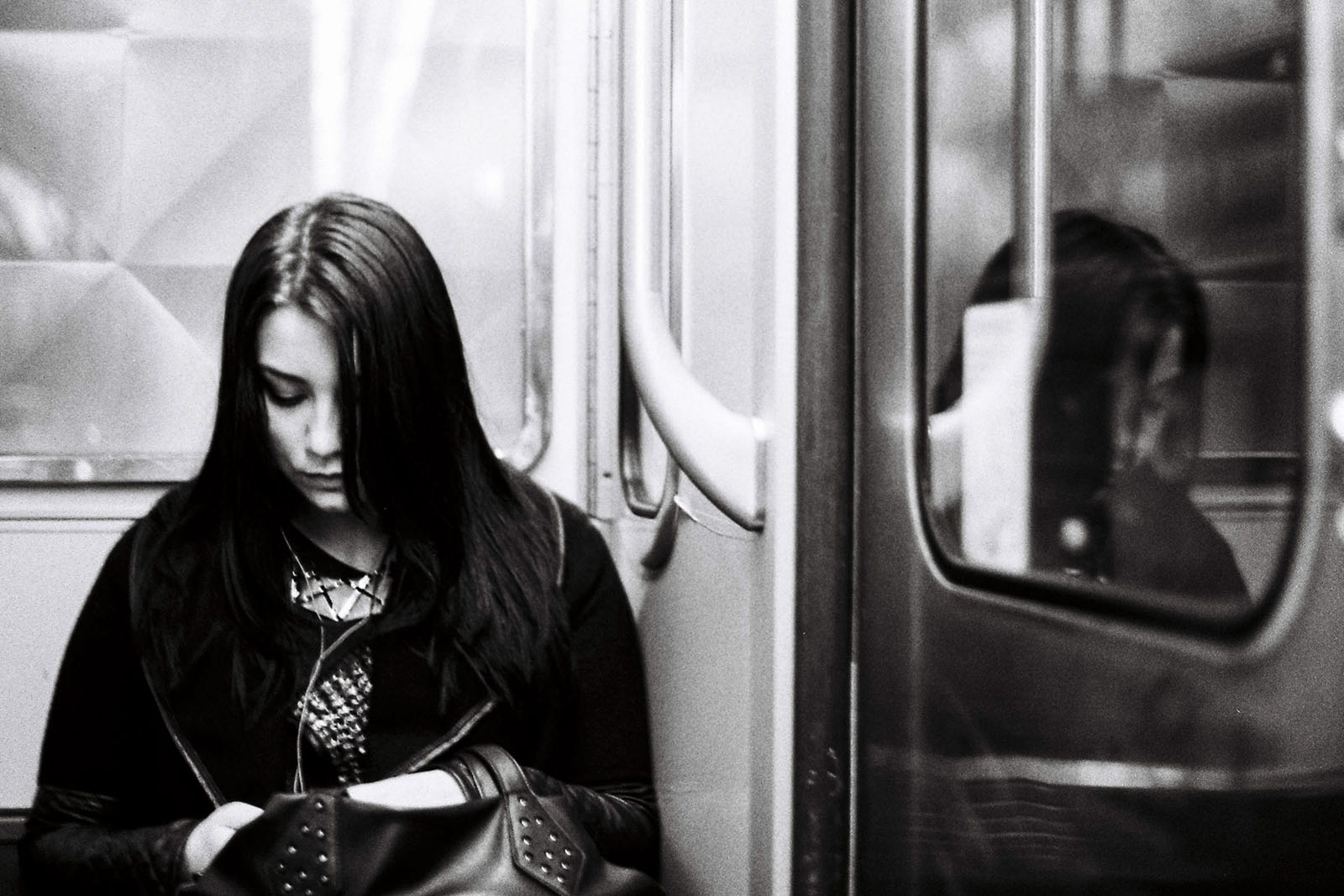 This series of black and white film photography show a period of Paris between 2014 and 2015, when I used to take the train daily for school, work or just to hang out in Paris. I captured these moments with a Yashica FX-D, a Minolta XG-1 and rolls of Kodak T-Max. 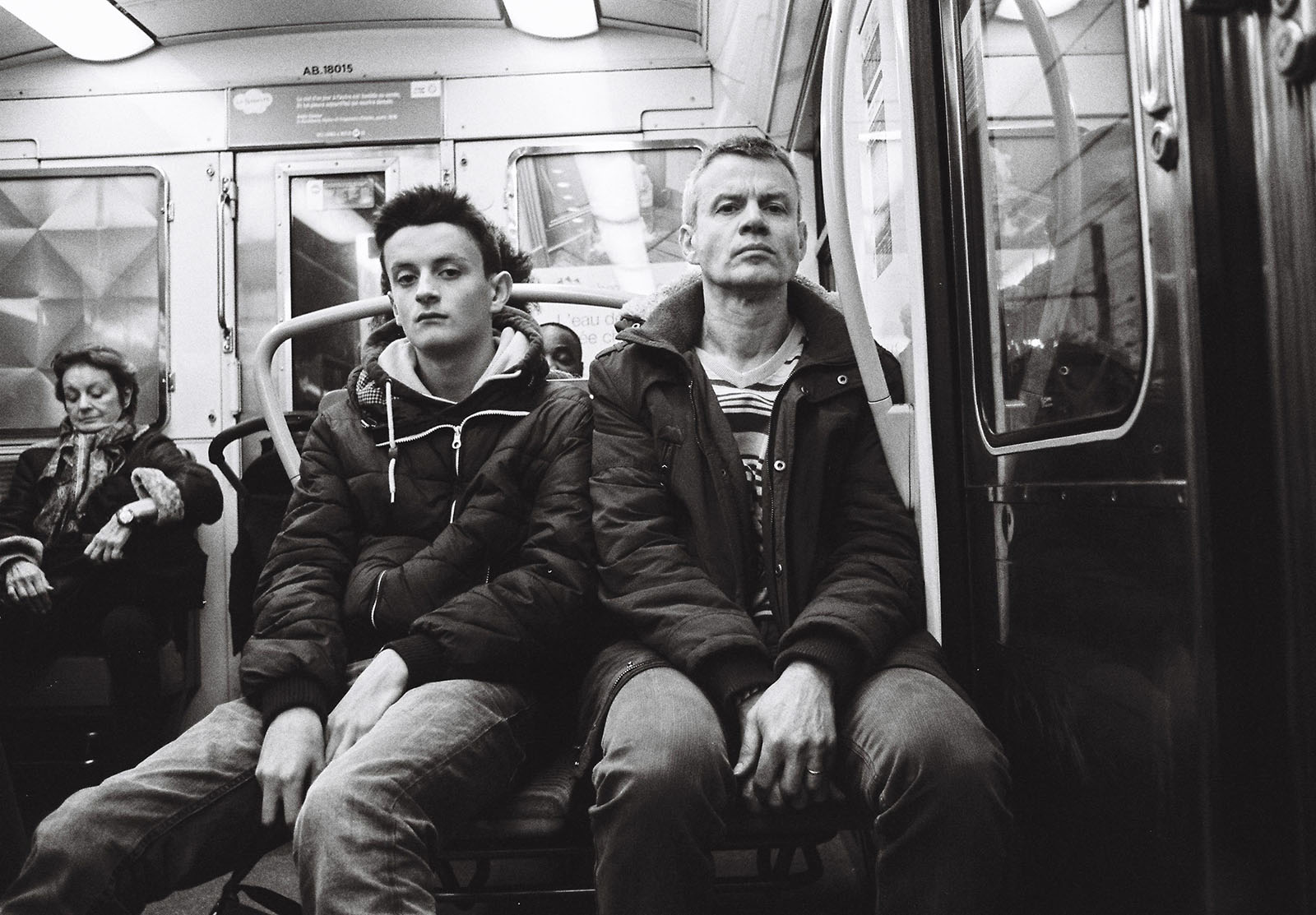 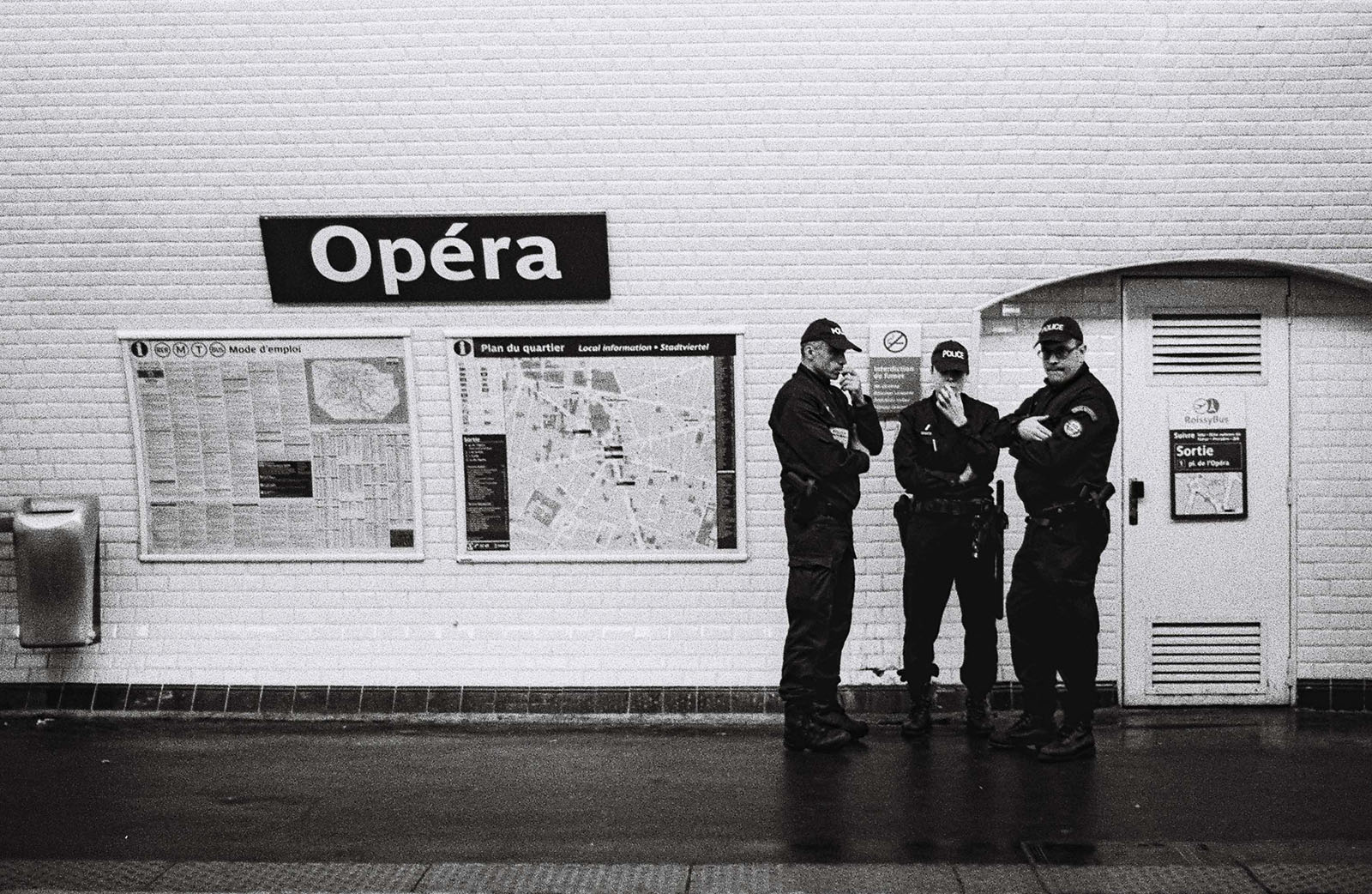 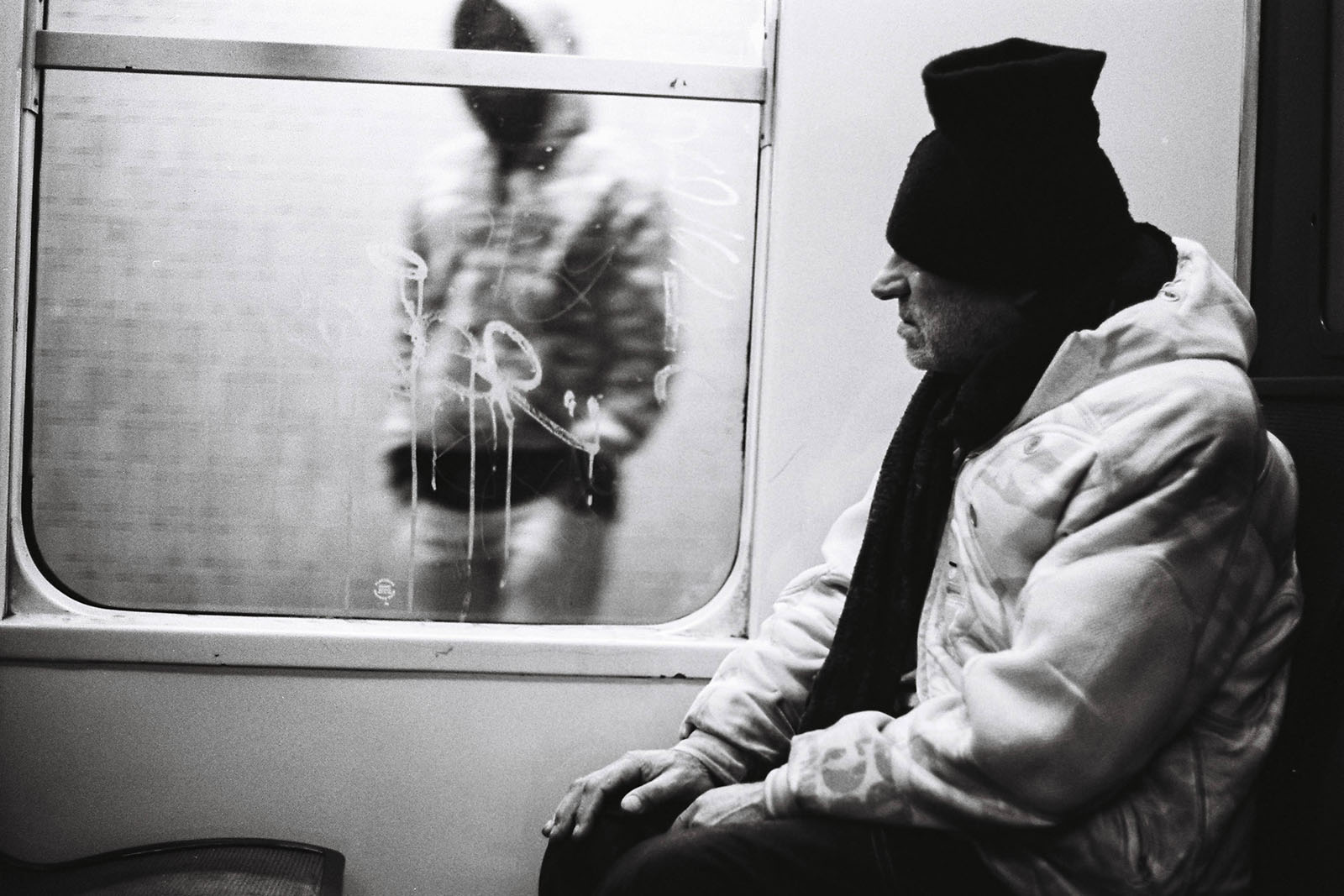 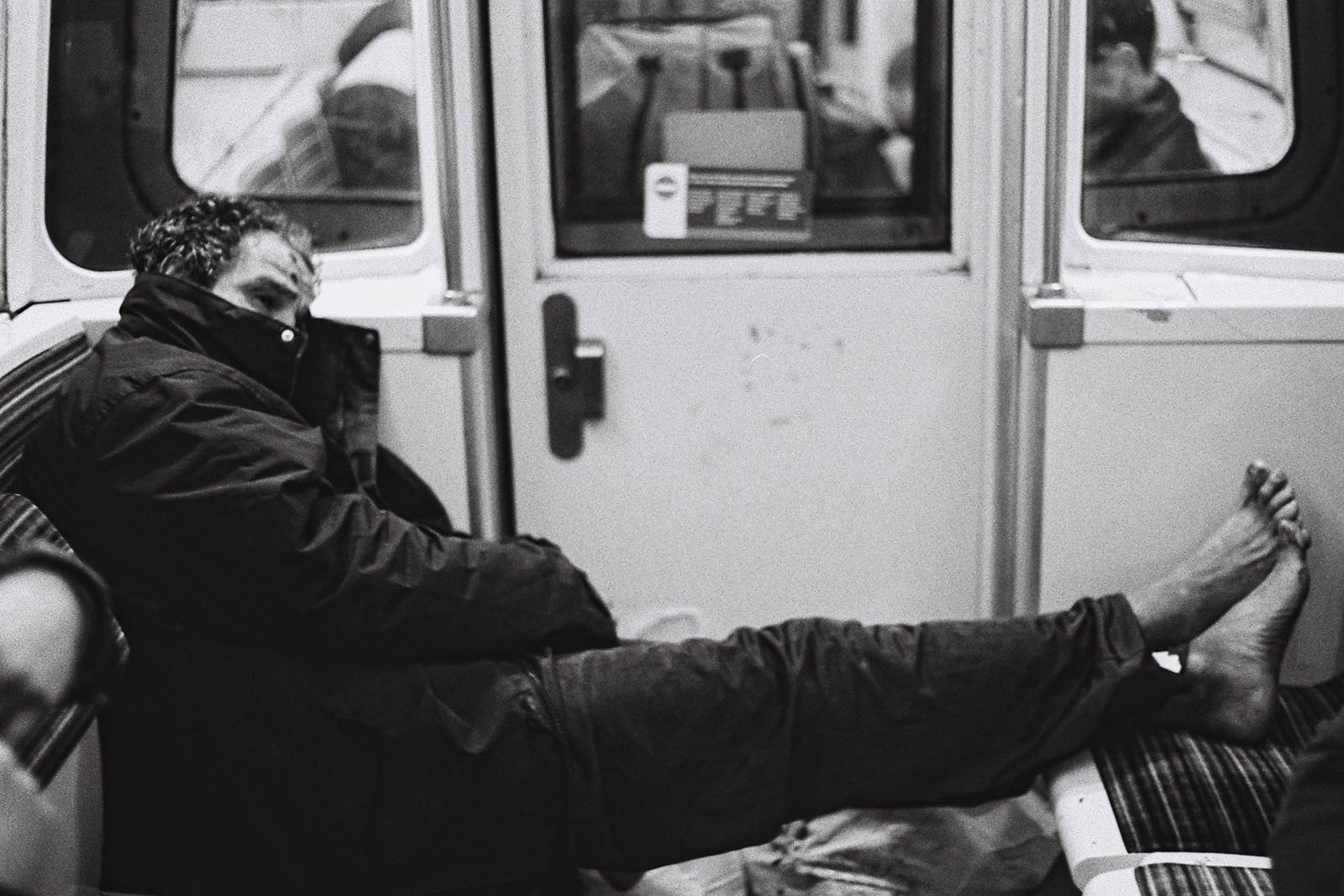