A photographer must always work with the greatest respect for his subject and in terms of his own point of view. – Henri Cartier-Bresson

Last spring, Espen Eichhöfer, a well-known photographer based in Berlin, appealed a conviction that he was wrong to publicly display a photo of a woman crossing a street and display it in an open-air photography exhibition at C/O Berlin.

After the woman sued for privacy violation based on a 1907 German law, both the district court and the Berlin Kammergericht found that, although the woman’s personal rights were not seriously violated, Eichhöfer and the gallery did not have the right to show the photo publicly. Eichhöfer appealed and raised 18 000 euro through a crowdfunding campaign for legal expenses. The appeal is pending. 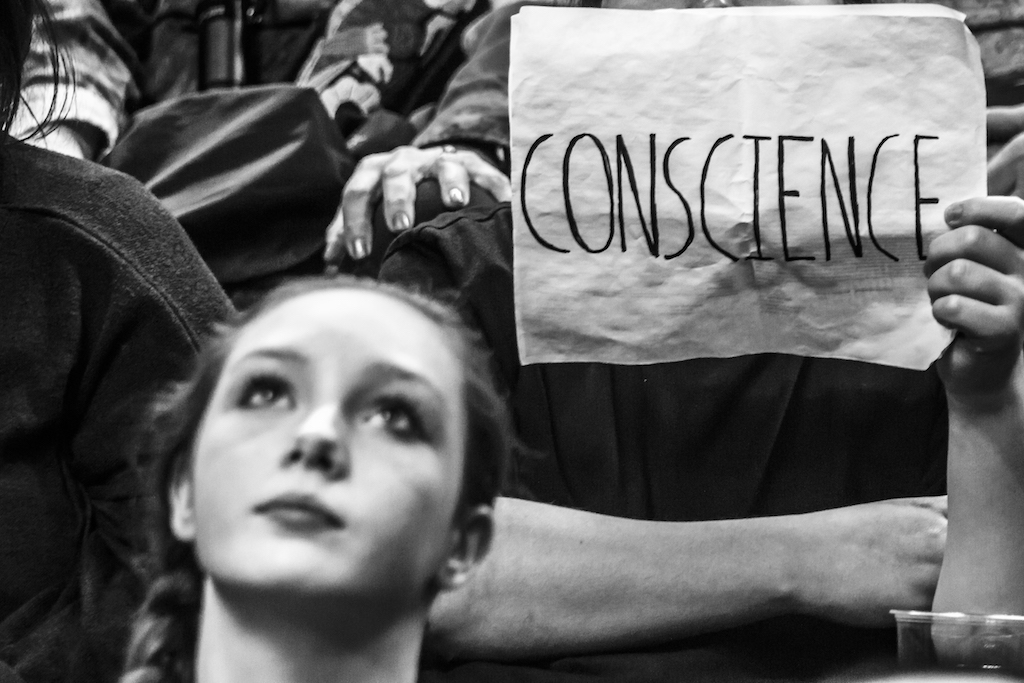 In March 2015 in the U.S., the Arkansas state legislature passed the Personal Rights Protection Act (SB79) designed to “Protect… the citizens of [Arkansas]… from exploitation” by prohibiting the publication of any image of a resident of Arkansas taken without permission.

Although the legislation was originally intended to prevent a citizen’s image from being used on merchandise such as T-shirts, the poorly-worded law could have had much more far-reaching implications for street photographers.

At the last minute, Arkansas Governor Asa Hutchinson vetoed the law. An effort to override the veto died at the legislature’s Sine Die adjournment in April 2015. 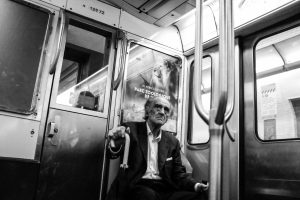 Despite the Arkansas attempt to tighten privacy restrictions, U.S. federal law protects photography as freedom of speech. In general, anyone out in public may be photographed without permission, whether they are in a crowd or not. Freedom of panorama is also very broad in the U.S. Photographs of iconic buildings and monuments may be taken and published without violating privacy or copyright. Freedom of Panorama is currently under consideration by the European Union.

According to the American Society of Media Photographers, strangers in the U.S. may be photographed in public places unless the photographer is behaving in a harassing manner. The Society cautions that despite the more open American environment, “police officers have broad powers to protect the public from possible harm and to enforce the local ordinances. If a cop tells you to stop, you’d better obey promptly and defer the arguments until after you’ve checked with a lawyer.” 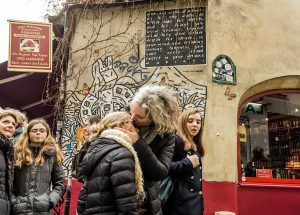 “Those so-called laws are very grey and often misinterpreted,” Jardin said. “They were mostly implemented towards paparazzi. I haven’t seen any difference in Paris in all the years I’ve been doing street photography there. I’ve never experienced any resistance. I only use the photographs for editorial and fine art purposes and I never photograph anyone in vulnerable, embarrassing or illegal situations.”

One catch in the German law – and with many privacy laws around the world – is that if the photo is taken in a crowd (more than five people in Germany) at a public event or in a very public place, permission is not needed, even for publication.

Hungary recently passed a more stringent privacy law in 2014 that makes it technically illegal to publish a photo, even for journalistic purposes, if someone merely wanders into a shot, is identifiable, and permission is not secured. Interpretation of the new law is still playing out.

Donnie Valdez, an American street photographer, deejay and music producer currently living in Poland, said he hasn’t run into many issues there, but advises some discretion, especially in neighborhoods and less populated areas.

“In Poland, most people are very nice,” Valdez said. “On the main streets and in the touristy areas, you won’t find too many problems with shooting photos. On residential streets and less frequented areas, you may have someone come outside or tell you not to use your camera there. I am pretty obvious when I shoot, I try to frame my photos at least reasonably, I shoot in manual or aperture priority because the weather and light is tricky out here, and don’t do that thing where I’m pretending not to use my camera.”

Valdez said he’s usually confronted at least once per week while out street shooting, regardless of whether he’s using a big lens or a more discreet camera. 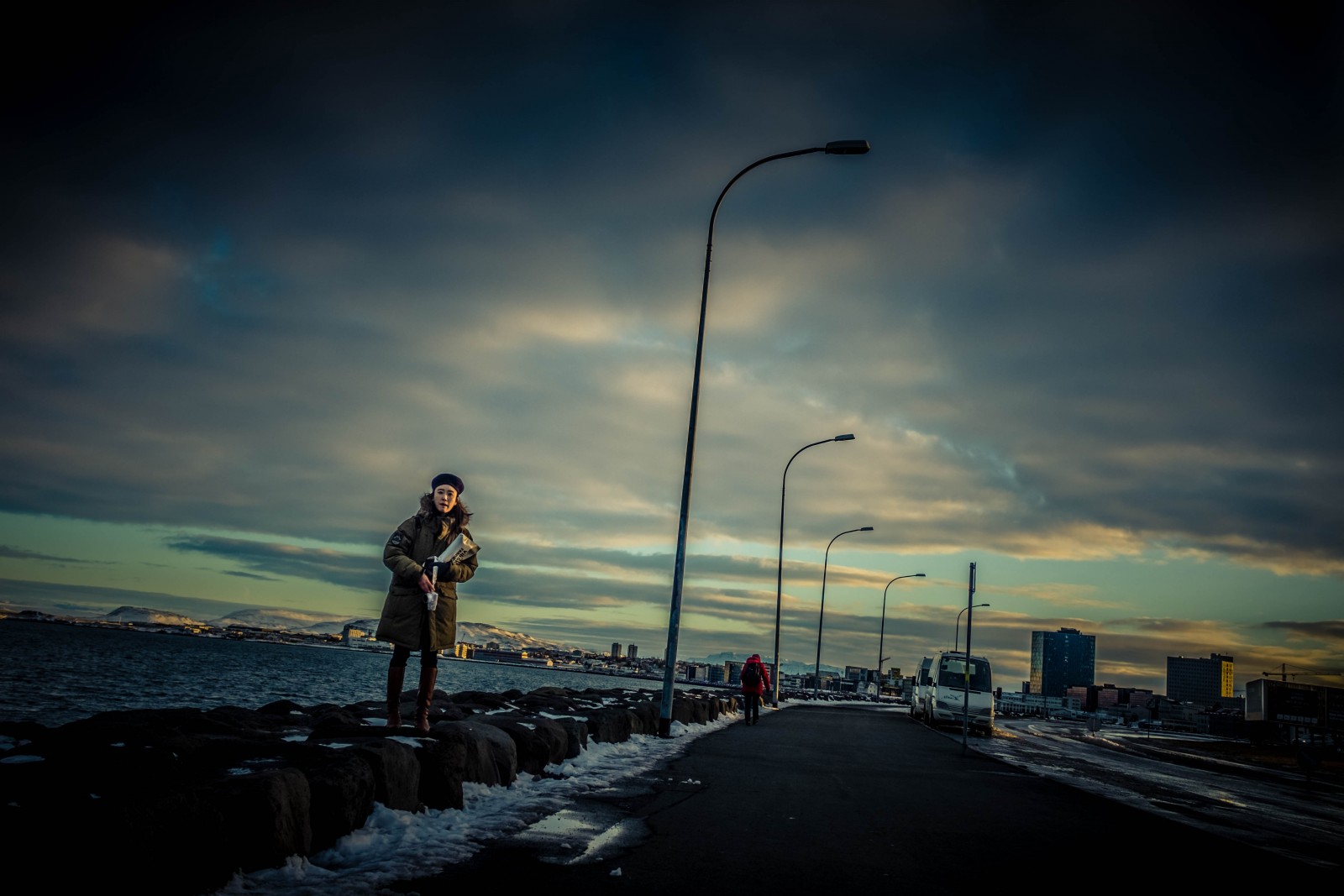 For Jardin, the common denominator and best advice for all photographers around the world is simple: respect. In a blog post on the subject she writes, “It is our duty as street photographers to be respectful at all times. Everyone has the right to object to having their picture taken. Even if you are in your rights and on public property, would you feel good about taking a picture if you knew the subject was uncomfortable with it? If someone strongly objects to being photographed, no matter where you are, move on and respect their wish. Getting the shot is not worth hurting someone’s feelings.”

Photographer and writer David Ways, author of The Longest Way Home offers additional insight for street photography in developing countries. He said the acceptance level for candid photography is changing with the advent of smartphones and inexpensive digital cameras.

“It’s changed steadily over the past five or so years,” Ways said, “Mainly as smartphones take over and DSLR’s have become very affordable.”

“In Tibet it’s become virtually impossible to photograph people without a hand coming out to ask for money,” he said. “This wasn’t always the case. Legality in China is dubious to say the least about copyright. I’ve had countless images stolen online by Chinese websites and products. Likewise in the Philippines.”

The latter, Ways said, is the sign of a new trend as developing countries have new wealth. 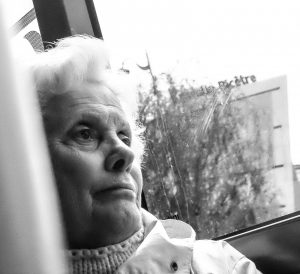 On The Bus, London

“Whereas once you could take photographs in the Philippines and quietly ask for a model consent form etc., these days you’re likely to be cut to the chase by a local speaking in native dialect saying that the person should see a lawyer before signing and ask for a lot of money. DSLR’s are great but when locals see them they see money. Point an iPhone at someone and you’ll have little problems – with permission of course.”

Ways said he carries small model consent forms with him and usually has someone translate.

Offering trade photos is one approach Ways and others say can be helpful in developing countries when taking photos of street vendors and performers.

“Taking up-close photographs of self-employed people who can advertise their local business by such photography is usually a good tip to avoid any unpleasantness,” Ways said.

“Without doubt one does need not only to ask permission to take a person’s photograph but if you plan to use it in any way from sales to social media you need to get a consent form signed,” Ways advises for anyone shooting in developing Asian countries. “Nearly everyone has a mobile phone these days and opportunistic people are out there looking for people to start legal proceedings on if they spot someone’s photo online that they recognize.”

As Jardin points out in her blog post, respect and discretion could very well save the day when it comes to preserving freedom of photographers to document everyday scenes.

“Street photography is a treasure and, in my opinion, it would be a great loss for future generations if we stopped recording life as it unfolds daily in the streets. We would be left with pictures from security or surveillance cameras…I think that would be very sad.”