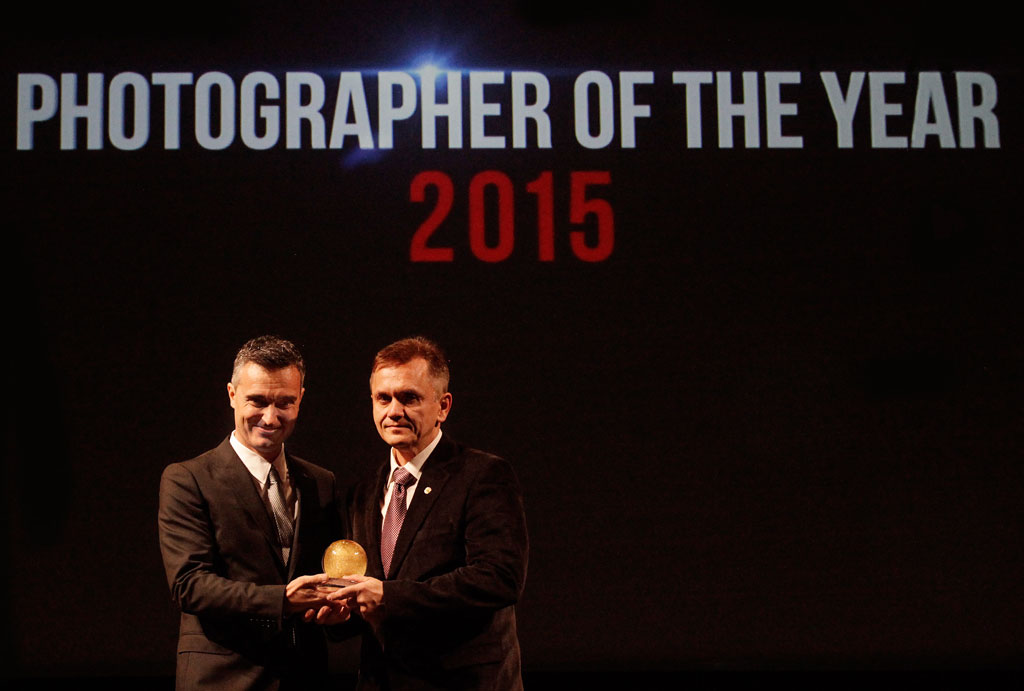 From Oct. 29 to Nov. 30 2016, Siena, Italy will come to life as a showcase for photography from all around the globe and a center for cultural discovery during the Siena International Photography Awards (SIPA) Contest celebration and Siena Art Photo Travel Festival.

Founder Luca Venturi is a relative newcomer to photography, albeit highly successful. Starting in 2014 with nothing but the desire to share his passion for photography and support his hometown of Siena, he built a world-class festival from scratch. Venturi graciously took the time recently to share more about how he turned his dream into reality and where his inspiration comes from.

What inspired you to create the SIPA Contest and Siena Art Photo Travel Festival? How long did you plan for the 2015 event? What did you learn from the experience and what did you do differently for 2016?

I have been an amateur photographer since 2013. Until 2013 enjoyed photography didn’t try to take photos seriously. As an enthusiastic traveler who loves nature as well as the people, culture traditions of rural villages, I try to take images that represent the emotions I feel during my travels. After my first shots, I posted them social media (Facebook and 500px) and received a lot of positive feed-back and rewards such as “ Best image of the day” in 500px with “Peaceful evening at Reine” and “Photo of the Day” on the National Geographic USA website with “Hamnoy fishing village”

Then, in 2014, I took part in my first contests, primarily to get a better idea of the actual level of my images and to find out if they could be appreciated by professional photographers. I unexpectedly reached good results that let me join and attend some wonderful award ceremonies of important international photo contests.

During those moments it came to me that I should to organize something special in Siena related to the art of photography, which was giving me so much pleasure. I started to work on the SIPA Contest with my older son Gabriele (an expert web developer) in October 2014 and began with the first edition on December 10, 2014. The next year, on Oct. 31, 2015, Siena saw hundred photographers come from all over the world to attend the first SIPA Awards Ceremony. That was an extraordinary day for me, because I succeeded in putting together an event that allows me to share my love for photography while also giving an amazing event to my city as a gift.

During the first edition I learned how to realize a project starting without any experience, any people and, above all, without any budget.

In 2016, thanks to the success of the past edition, I tried to organize something more, adding to “Beyond the Lens” (the contest exhibition) many additional interesting solo showings of famous international photographers such as Melissa Farlow, Timothy Allen, Majid Saeedi and Francesco Cito.

I’m trying to imagine a city like Siena overflowing with activity and having these incredible images for an entire month. You must have an amazing support network in the community to be able to accomplish this feat. How do you pull it off?

The support is growing up day by day thanks to many new public supporters and a lot of partners who want to contribute to the Festival and to be part of this project.

What most excites you about the 2016 Awards and Festival?

My hope is be able to gift a wonderful experience to all the SIPA Contest participants, photographers and visitors through Siena Art Photo Travel Festival exhibitions – and to offer amazing days in our lovely city and countryside by offering photo tours. But first and foremost, I look forward to seeing the astonishment and wonder in the eyes of those who attend.

What makes this Festival stand out? What makes it special and unique?

I really think that it is just Siena that makes the Festival something special and unique. Everybody should have the opportunity, once at least, to visit Siena and I would like the Festival to give this opportunity to everyone who loves photography.

How are the judges and exhibiting photographers selected?

We select our judges among the greatest photographers and photo editors, who are glad and excited to be part of our project, which is basically focused on the emotion of photography and presenting a personal and unique point of view. Three of the solo exhibitions this year will showcase images of photographers from of our 2016 Judging Panel. Next year we will hold additional exhibitions with the jurors of 2016 edition in order to create a common photography project with them.

I’m not sure if I’m actually a good photographer, although I am happy to know that some of my images are appreciated by people. When I’m behind my camera I think nothing but taking a shot that will remind me the same emotions I’m experiencing in that instant. It the only time when my mind is as free as it was when I was child. I use my camera no more than five or six times per year (usually when I’m traveling) and only when I feel emotions or something special that I would like to catch forever in my mind. For this reason I like each kind of photography (nature, street, wildlife, landscape, travel) when it brings about those emotions, even though my strongest passion is generally related to traveling.

I seriously started to take photos when, on July 3, 2013, a friend of mine (the photographer Massimiliano Sticca), suggested that I buy a different reflex. It was the day before my journey in Bolivia and four days later, when I was at Sucre, I took the shot “Stress at Work” that some months later was published in National Geographic Magazine. I was very lucky and I will never forget the mail that I received: it seemed like a joke and I couldn’t realize that the mail was really addressed to me.

Are you originally from Siena?

Yes, I’m originally from Siena where I still live and work as an engineer, though I spent some time as a child in Palmanova, close to Udine, and several years in Bologna where I studied at the University.

You’ve traveled the world and love photography. What makes Siena special for people who are just as passionate about these pursuits?

In Siena and in its surrounding countryside, you will find many interesting situations for taking photos. You can photograph the beauty of the nature and amazing landscapes all the year round; view and discover unique medieval towns and lovely villages with interesting artisan shops; and learn about medieval architecture through historical venues, castles, and museums, squares and narrow streets. And, you can also taste delicious cuisine and enjoy a good glass of Chianti wine.